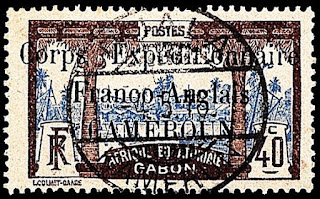 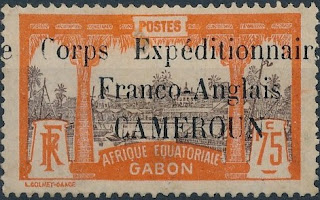 The Bosnia comment, posted a few weeks ago, mentions the consequences of the two bullets that killed Archduke Ferdinand and his wife, which led to World War One and a philatelic avalanche.

Fortunately, a professor at the University of Leiden, Ton Dietz, is undertaking part of this task. To view his work, search the internet for:  Dietz "A postal history of the First World War in Africa and its aftermath". He offers, in PDF format, several very helpful working papers on individual countries.

It occurs to me that, on colonial stamps, the Kaiser's Yacht, Hohenzollern, is the German equivalent of British sailing ships and the French Navigation allegory. No boats, no colonization. (I guess that’s obvious. Don’t need stamps to remind us.)

Cameroon cancels are particularly desirable; see Dietz’s work for excellent examples. I have only a few (supplement page 1, ‘Viktoria Kamerungebiet’ cancels). Viktoria is now the city of Limbe.

Jim's Observations
Interesting philatelic history with German, British, and French (mainly) stamps issued. Very attractive French Mandate stamps. Of the 117 stamp spaces in Big Blue, 70 are quite inexpensive(<$1). If you like the country, there are an additional 45 stamps for a reasonable cost that could be picked up. 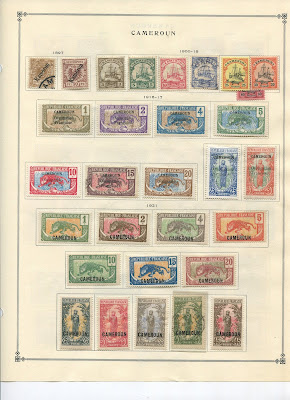 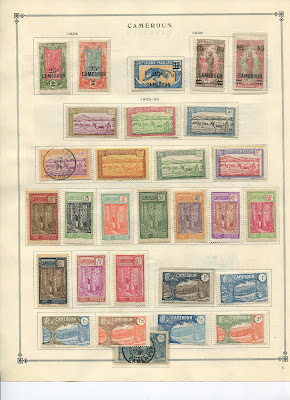 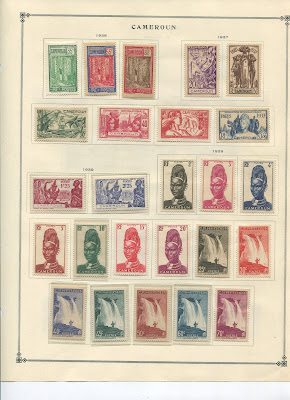 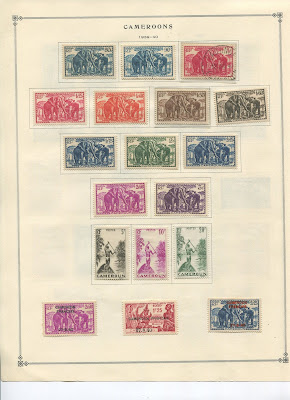 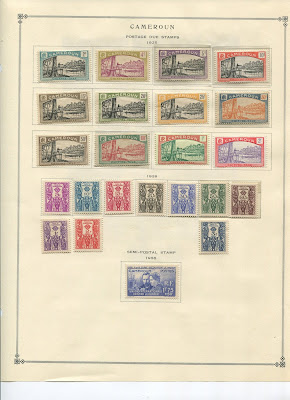 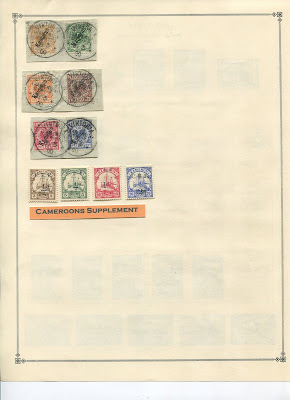 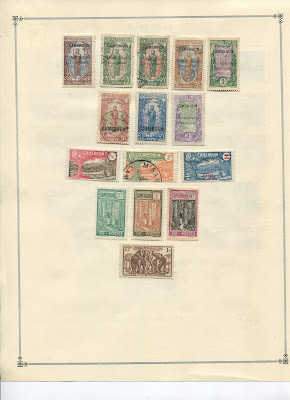