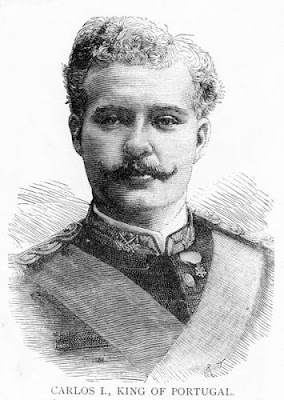 For a young collector who would like a complete collection of a single country, Horta is ideal. Scott’s Classic Specialized Catalogue lists only 34 major numbers with values ranging 30 cents to $45. With patience and persistence, the entire lot can be had for under $100. If in later life the collector comes into a legacy, then the pricy Portuguese stamps with Horta cancels (1853-91) might be added. Aerophilately provides another possibility, since pilots were keen to fly to this tiny volcanic dot in the Atlantic.

In any case, a tolerance for stamp-sized images of the pudgy, middle-aged King Carlos I is required. Of course, he did not always look that way. See the younger Carlos above; and below, taken shortly before the 1908 regicide, the older Carlos.

My Horta collection is unremarkable lacking, as it does, the high CVs and interesting cancels.

Census: seven in BB spaces, 14 on supplement page. Images appear to be in the public domain. 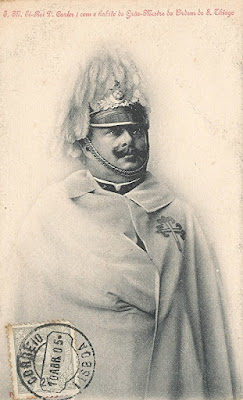 King Carlos I
Jim's Observations
I enjoy delving into the Portuguese colonies or administrative districts; not so much for the stamps themselves, but for the out of the way places they represent.


Horta's stamps illustrate the Portuguese Empire's frugality, with the name of the colony and denomination applied to the basic design. I must say I don't find the stamps themselves very interesting, but the stamps are sometimes saved by an exotic postmark. In other words, I generally prefer used to mint for Portuguese colony stamps. 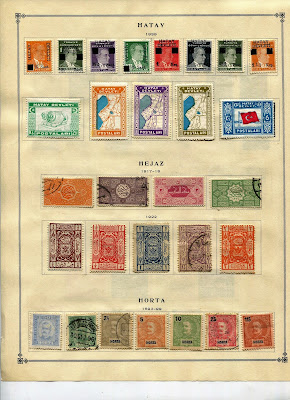 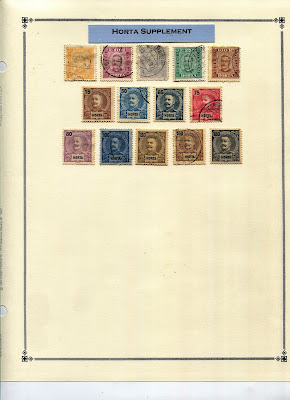