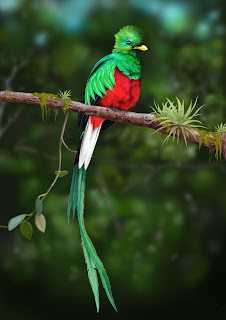 Guatemalans love the quetzal, their national bird. It’s on their stamps. They named their currency after it. What’s more, they even tattoo it on interesting body parts (do a Google search: Guatemala quetzal tattoo).

On my only visit to Guatemala I looked for quetzals. I found them in my billfold and on the tattooed backs of chicken bus riders, but not in the air or perched on trees; none were seen in the cloudy mountain forests, either. I did see whole mountainsides covered by canopies under which leathery ferns are grown for export as bouquet foliage to Europe and North America. Foreign owned coffee plantations proliferate. But not quetzals. Their habitat is shrinking and they don’t reproduce in captivity. The World Wildlife Fund says they’re endangered.

Beyond ornithology, Guatemala specializes in overprinted stamps. BB has spaces for 96 of them.
When riffling through feeder albums, I look for early star duplex cancels and other fancies. 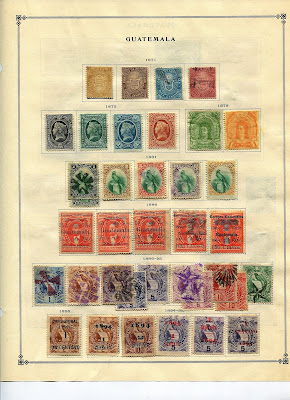 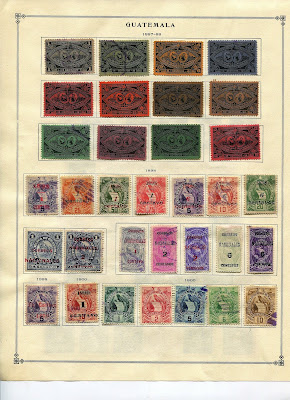 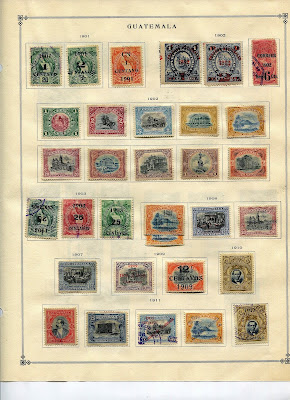 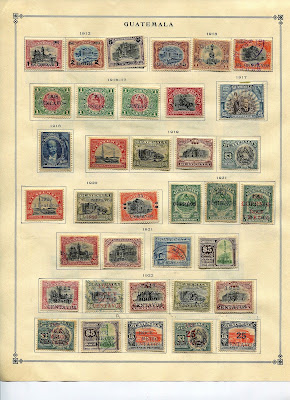 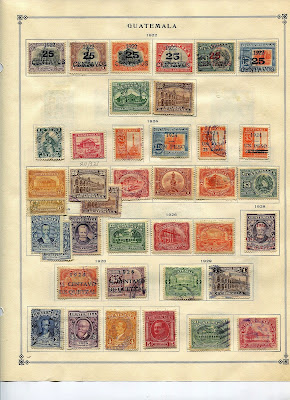 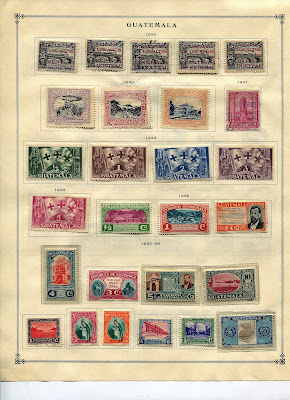 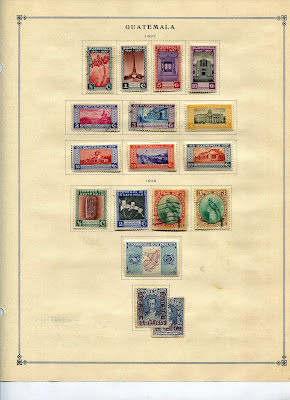 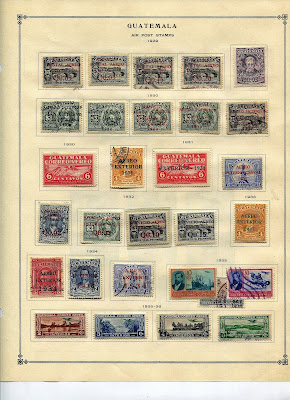 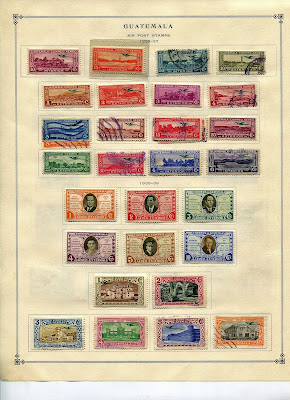 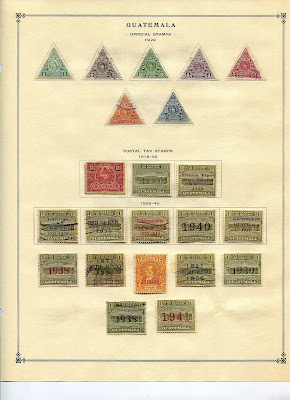 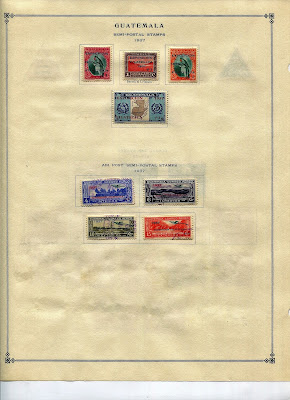 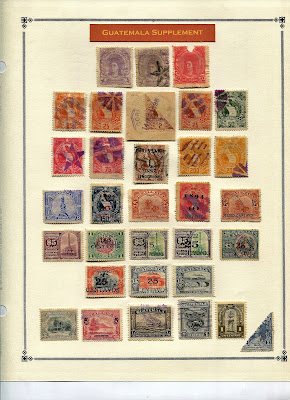 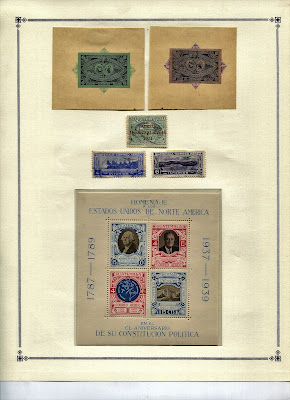 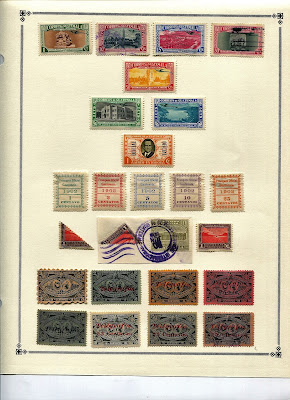