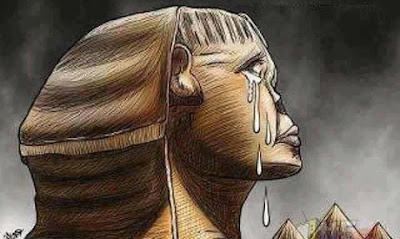 How the mysterious sphinx got his nose back, then lost it again
Bud's Big Blue
Bud's Observations

Debate rages about how the sphinx lost his nose in the first place. The legend contending that Napoleon’s troops shot it off is discredited by much earlier drawings that show rhinectomy scars.

Some say aliens in flying saucers did it. Others blame 8th century Sufi who thought the sphinx was idolatrous. Perhaps, even earlier, disappointed devotees did it when prayed-for rains didn’t come.

Reconstructive surgery may have begun as early as 1867 at the Government Printing Works (Scott #s8-28), but the skilled surgeons of De La Rue & Co. finished the job in 1879 (#s29-41). The sphinx smiles. His elegant new nose was likely modeled after Kahfra’s, King in the 26th century BCE and builder of one of the pyramids. Sadly though, the surgery left him with a black eye. By 1888 his smile is gone (#s43-49). And by 1914 the whole reconstruction has collapsed (#54). He got socked on the new nose too often (eight times on my first page alone) and Egypt couldn’t afford more surgery.

Since completing my BB, I’m often ask what I wish I had done differently in my earlier collecting years. I wish I had paid more attention to the sphinx’s nose for one thing and, for another, I wish I had noticed that Egypt has changing foreign language inscriptions on their stamps -- sometimes Turkish, other times Italian, French, or English.

Notes: the two Suez locals are likely not genuine; the circle on the last supplement page is constructed of inter-postal seals; first and last stamps on the bottom row of page 4 are incorrect and have been replaced.

Artwork above is believed to be in public domain, source: http://english.ahram.org.eg/NewsContent/9/40/65729/Heritage/Ancient-Egypt/Egypt-wont-rent-Pyramids-to-foreign-firms,-says-an.aspx

Jim's Observations
Big Blue has 24 "Sphinx and Pyramid" design stamp spaces covering the 1867, 1872-75,1879-93, 1888, and 1888-93 issues. These iconic designed stamps makes Egypt a collector's delight right at the start. Big Blue's selection for the "Sphinx and Pyramid' is quite inexpensive; the most catalogues for $11. In fact, the most expensive required Egyptian stamp in BB (J11 postage due) is only $14.There are four major designs on the "Sphinx and Pyramid" stamps. The first and second designs should not be confused. The third and fourth designs are similar, except the "postes egyptiennes" inscription is above the vignette in the former, and below on the latter. 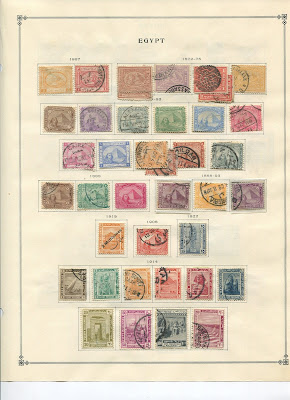 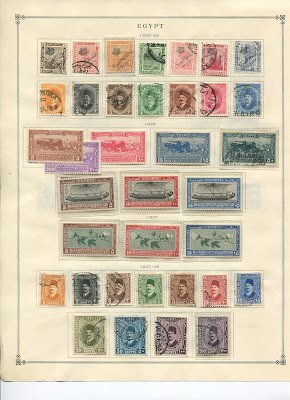 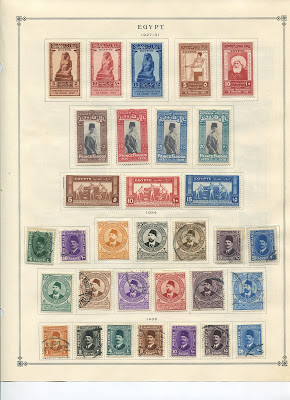 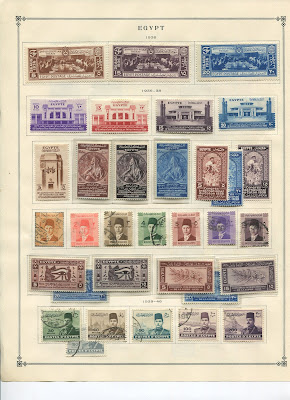 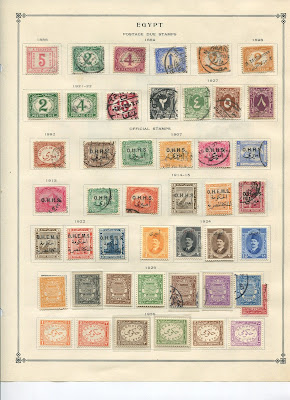 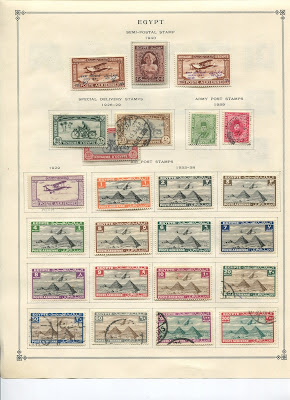 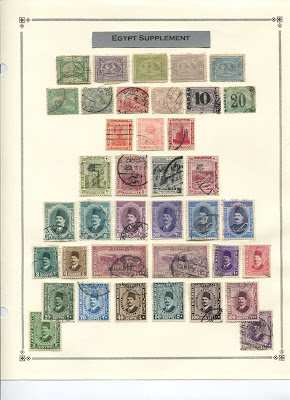 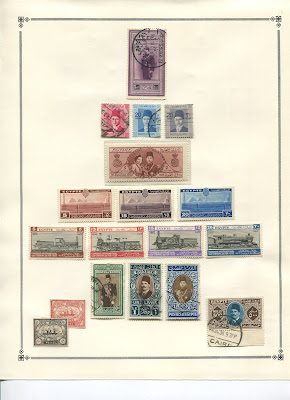 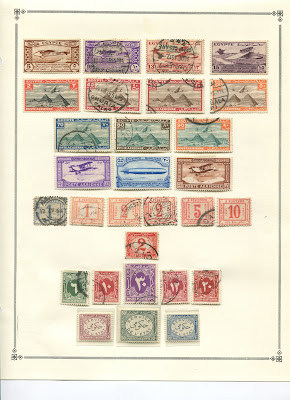 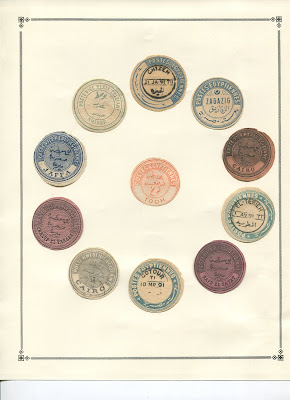