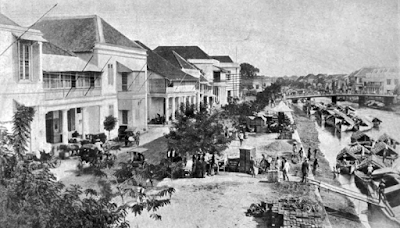 Since Dineka and Hieke arrived a week ago, life has been hectic. It is good to have our daughter and granddaughter helping us furnish the house. The furniture and supplies arrived on the same boat they came on, 42 days at sea via the Suez. Already it has been offloaded onto river barges and poled up the Kali Mas. We weren’t ready. So the Javanese workers are stacking it outside the front door. At least it won’t rain.

I needed to mail some letters, so I took Hieke with me to the post office. I found my favorite jitney driver, Sujita, for the ride. He told Hieke, in his broken Dutch, to watch out for big crocodiles. She looked frightened until I winked. I only recently learned that Soerabaja is named for fierce sharks and crocodiles. Sujita took me aside to say he was worried about his grandson, Jaya, who recently became a “Mahomedan”. Jaya and several other youths, he said, are obsessed by reports of recent uprisings in Hejaz against Christians. It’s a long way away, I told him. Not to worry. It won’t happen here. (Actually, it does worry me some. I’ll keep a watchful eye.)

The Kali Mas reminds me of canals back home. Water level is currently very low. Sujita says it will go lower before the rains come.

The diary entry, inspired by the second stamp on page one, is fictive, although laced with historical and geographical facts.

The Dutch Indies stamps themselves have a classic elegant design with the three Numeral issues, and the many variations of the Queen Wihelmina issues. There are many overprints/surcharges which I find fascinating. The prices are quite inexpensive, with the exception of the 1883-90 Numeral Scott 21 5c green valued north of $25. But no "Most Expensive" candidates for the list. 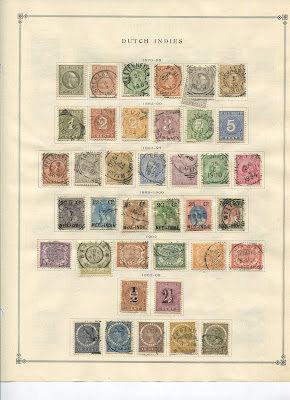 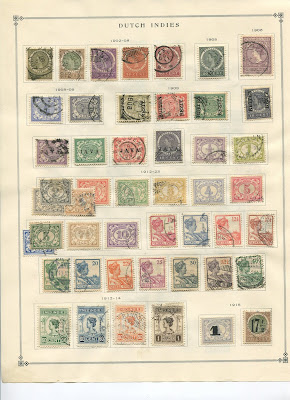 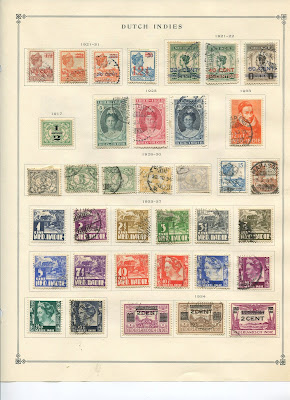 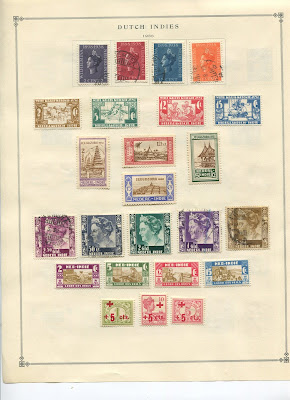 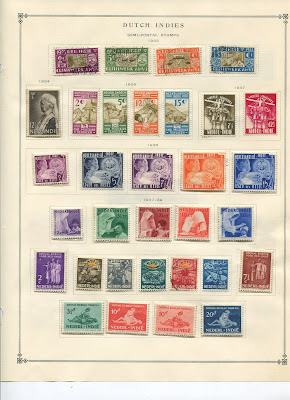 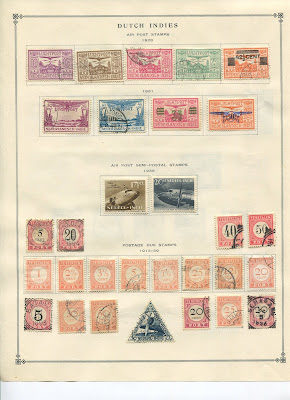 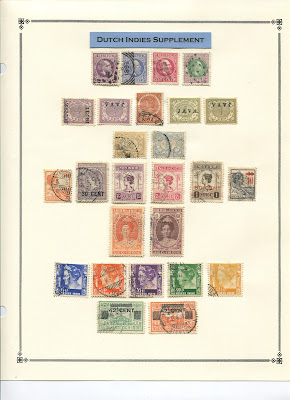 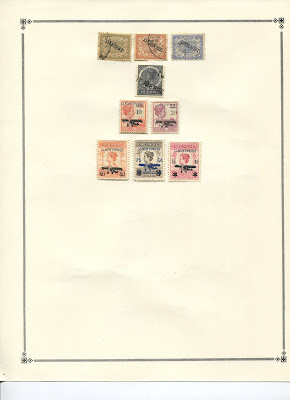