When its first adhesive stamps were issued, Colombia was known as The United States of Granada (rhymes with armada and Nevada, to be distinguished from Grenada which rhymes with cicada).   I didn’t have any of these earlies when these scans were made, but later found one (shown above in the middle of other newfounds). The placename Grenada pops up often enough in Central and South America, perhaps owing to explorers coming from the Spanish region of Andalusia, the location of medieval and present day Granada.

Political and economic turmoil ooze from Columbia’s stamps and serious collectors benefit from insights into these underlying instabilities, there being too many to list here. Specialists have long sought to sort through the philatelic rubble of sovereign states issues, consular overprints, local posts, private carriers, fakes, provisional issues, civil wars and revolts -- Panama’s independence providing one of many philatelic disarrays.

Much work remains, and generalist collectors can help. Items of uncommon historical interest sometimes turn up in feeder albums. Sadly, I see none in the following scans. Tell me if you spot any.

With over 200 stamp spaces in Big Blue, one can hardly argue that the coverage is meager. But Big Blue ignores whole categories of stamps that any collector with a passing interest in Colombia should have. The most egregious absence are the Colombian States, which was dropped by the '69 editors. 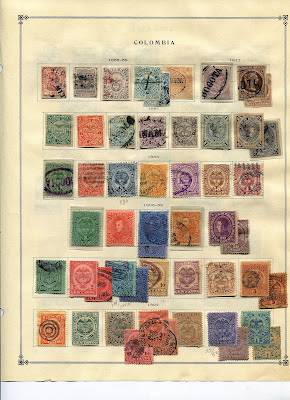 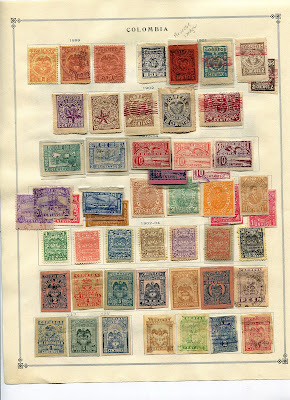 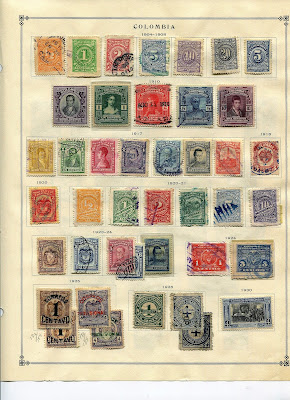 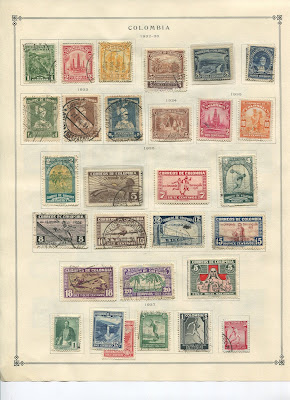 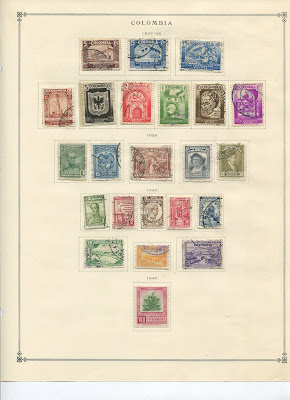 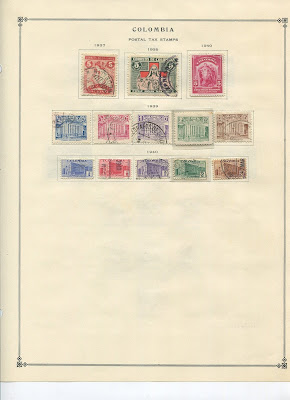 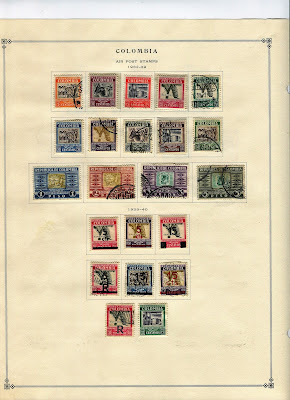 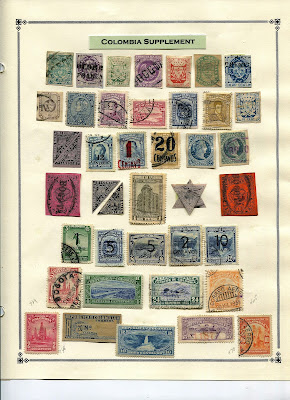 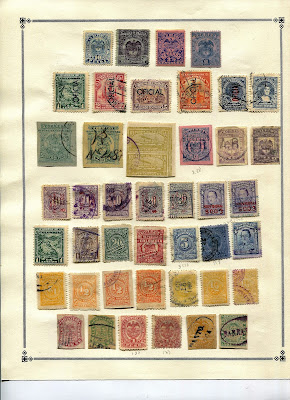 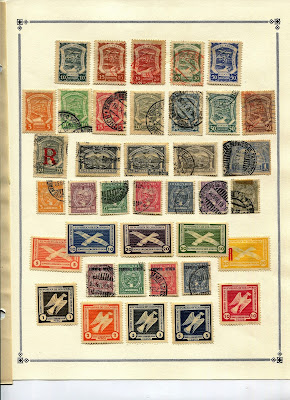