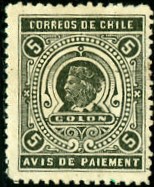 Several friends have asked what I intend to collect having completed BB Vol I. Specializing in small, interesting country subsets might be the answer, taking the collection beyond the spaces BB affords in those specific areas. I’ve already done that for The League of Nations and found it absorbing.

1.      Chile has more Christopher Columbus stamps than any other nation -- some with a floppy hat and some without, some youthful and some aged, some bearded some bare-chinned, often inscribed “Colon” but sometimes not. We don’t know what he actually looked like, but Chile made some reasonable guesses based on a portrait by Sebastiano del Piombo (1519) of a man said to be Columbus. Since Columbus has recently become unpopular -- some say he should be charged with crimes against humanity -- now might be the time to start a rogue collection.

2.     Acknowledgement of receipt stamps (Avis de paiement) were issued beginning in 1894 (see post header, an unissued example). These could add to the Columbus collection or combined with similar issues of other nations.

3.     In about 1911, Chile began cutting back on Columbus images and issued a series featuring their presidents. Changes in design, printers and printing methods make these interesting. See Scott  #s 98-112 and Stanley Gibbons #s 135-49.

4.   The philatelic remains left with Chile’s border disputes offer another possibility, as does Chile’s tangled history with the League of Nations. I’m inclined to start on the latter option.

An excellent, detailed Chile collection can be seen at:
http://www.seymourfamily.com/Chile%20Collection/chile_philately.htm

Jim's Observations
If you like the image of Christopher Columbus, you will love the stamps from 1853-1909.

The one exception, the surcharged/overprinted 1904 Telegraph stamps, are highly amusing and entertaining. The rearing horse on the left side of the design sometimes has a mane and a tail, and sometimes not. Fun! 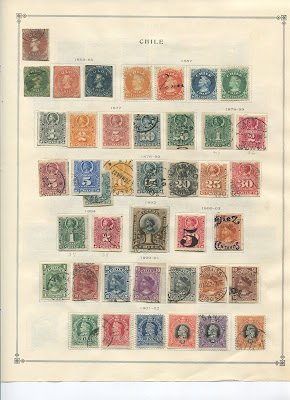 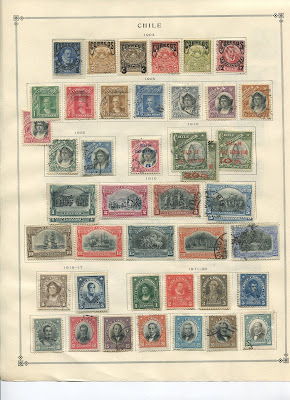 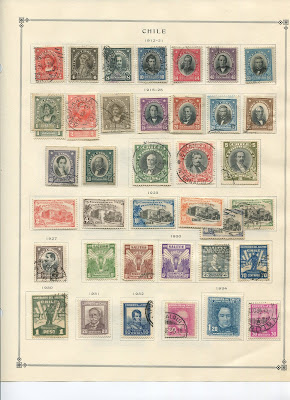 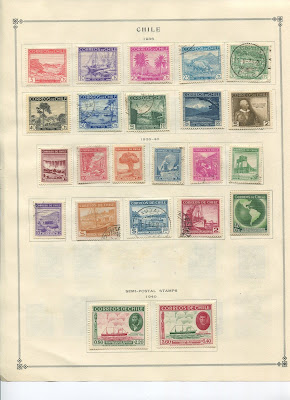 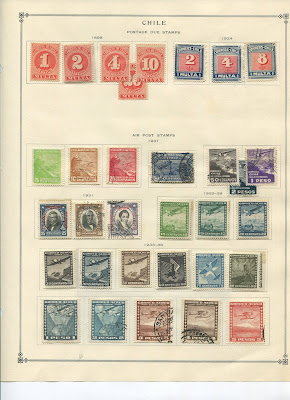 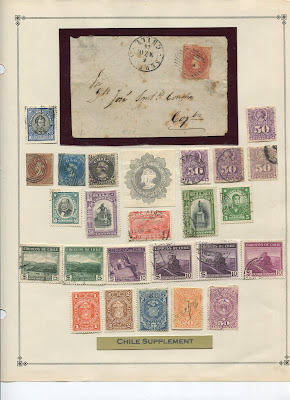 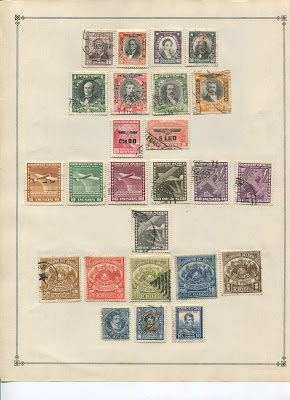