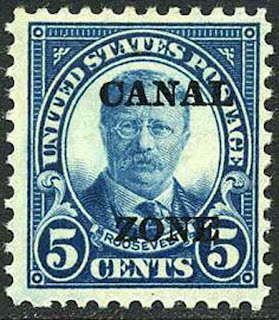 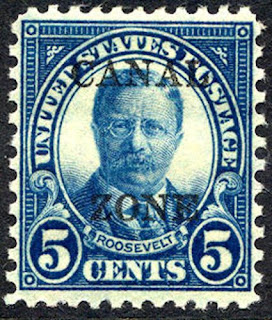 Bully for the Canal Zone!

One might have thought Teddy Roosevelt would have figured more prominently in early Canal Zone stamps than he has; there’s only one likeness of him among BB’s selections, and it’s an overprinted US definitive. True, there are two iterations (see above); different overprints.

Beginning in 1928 several lesser lights got immortalized on CZ stamps, some of whom have yet to earn even brief Wikipedia bios. Sad. Teddy had to wait until 1946 for proper commemoration. The US pre-depression political climate had shifted against him, probably rendering any postal recognition repugnant. No stamp glory. His cousin, a noted philatelist with the same last name, may have authorized the 1946 stamp.

So much for the rant.

I enjoy close study of the 1939 “before and after” anniversary series. It shows how the canal transformed Panama’s topography.

A curious omission for a U.S. customer based album. 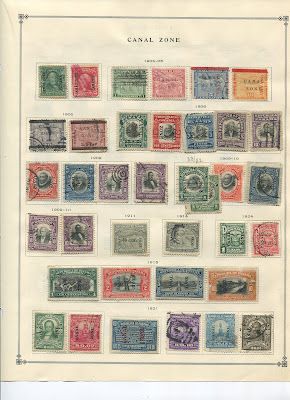 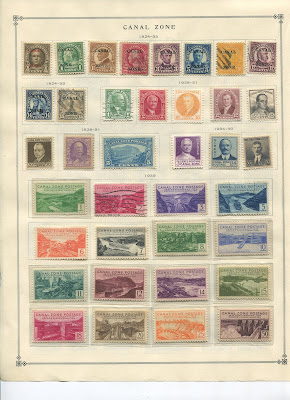 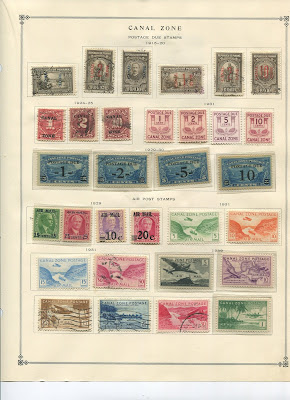 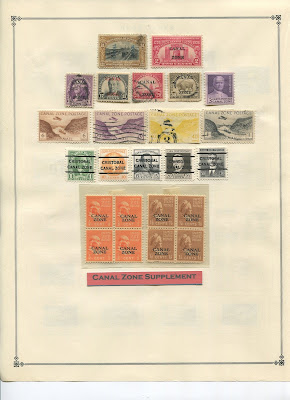