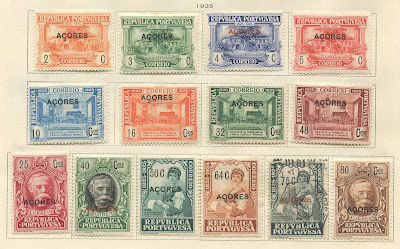 Azores stamp follow the usual pattern for Portuguese colonies -- stamps of the motherland either overprinted or inscribed "AÇORES". One learns little about these volcanic islands from the stamps except for an occasional interesting cancelation; Horta, Angra and Ponta Delgada, having lost their brief stamp-issuing authority in 1906, live on in Azores cancels.  BB’s Azores section does, however, offer more modified Portuguese stamps than are found for the other colonies.

Why did the Azores rate the Castello-Branco series, or the 1st, 2nd and 3rd Independence issues when other colonies did not? Proximity to the motherland, perhaps? More likely, common ethnicity which the other colonies didn’t share with Portugal. 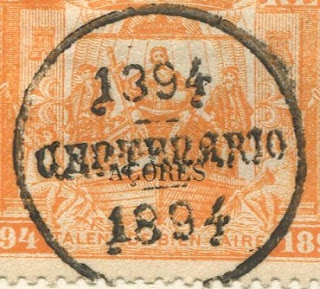 Circular Quincetennial cancels for the 1894 Henry the Navigator stamps
The circular cancels unique to the 1894 Henry the Navigator stamps (see supplement page 1), probably quincetennial cancels, appear also on this issue in other colonies as well as in Portugal. The Flores Island cancel is from one of the more remote of the Azores archipelago. Sometimes cancels from cities in Portugal are found on Azores stamps.

Jim's Observations
The heart and soul of the Azores issues are the overprinted Ceres definitives. I counted 66 total varieties that are in Big Blue.  Fifteen more can be collected for less than $4 per stamp.

And now that Scott has recently expanded the coverage of the Ceres issue to include ordinary, chalky, and glazed paper varieties, as well as major numbers for Perf 15 X14, and Perf 12 X 11 1/2, there is even more to collect!

Page 1 (Note: Click to enlarge the image for examination.) 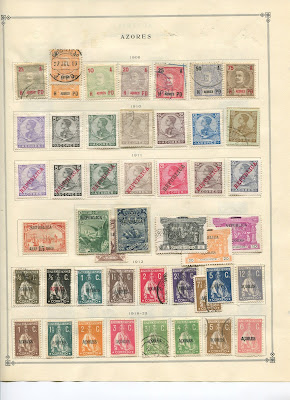 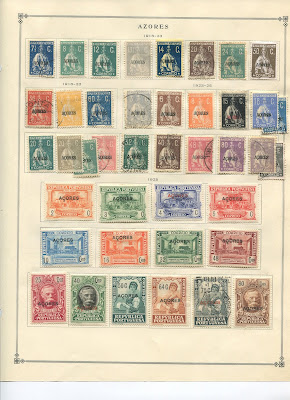 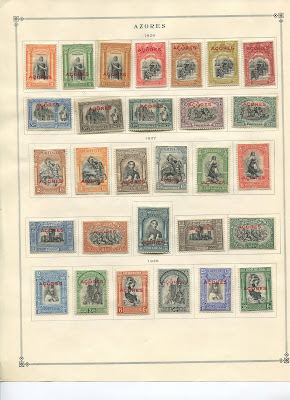 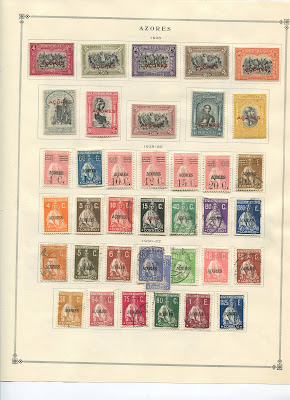 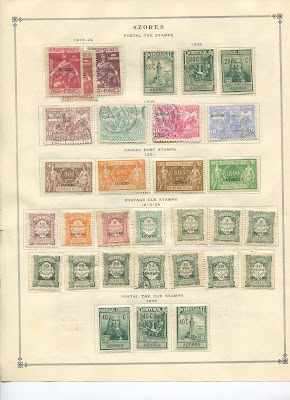 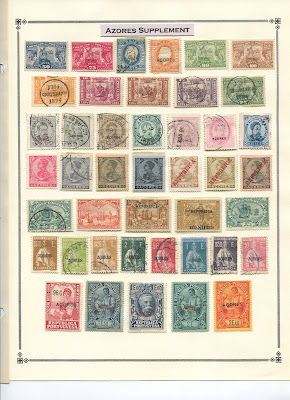 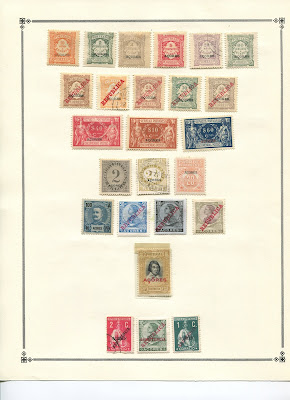