Most Latin American countries secured their independence before the mid-19th century and the introduction of stamps. The result is an exuberant philatelic diversity that is lacking in, say, African stamps where colonial powers dictated stamp design well into the 20th century.

Argentina is my favorite among South America countries, followed closely by Peru and Brazil.
Heroes of war and allegories of Liberty, birds of prey and a boat load of anomalies make collecting a pleasure.

The 30c and 50c San Martins (p. 3) are interlopers from the 1916 series; I wanted to include a few of the higher value independence commemoratives even though they don’t quite fit Scott strictures.

Jim's Observations
Would you believe, for the first twenty-seven stamp spaces in Big Blue's Argentina from 1858 to 1898, the most expensive stamp is $2+? And almost all 20th century stamps are less than  $1 to $3? There are some exceptions: a 1932 (C37) Graf Zeppelin catalogs for $20+. Then there is the 1939 Scott 470-72 set for $10+$30+. Apparently, stamps issued for the recording and mailing of phonograph records was not a big seller.
The largest surprise is the huge cache of cheap stamps available that is not in Big Blue. The Official Department Stamps (OD1-OD357) were overprinted with initials for various departments (such as M.G. for Ministry of War) from 1911 to 1937 on 1911-37 regular issues. I counted 299 of them for the minimum catalog value of 25 cents. 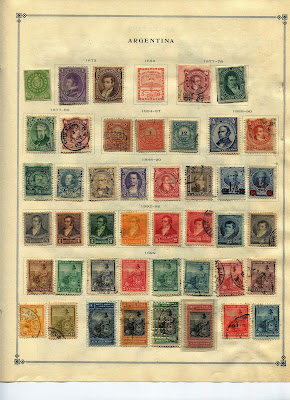 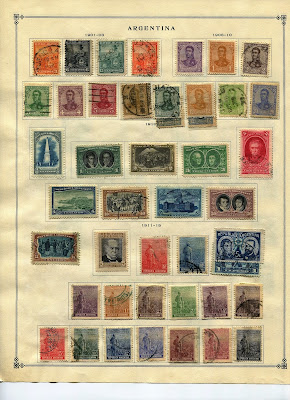 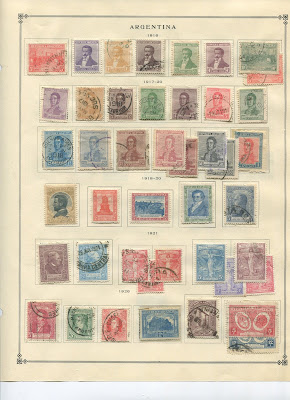 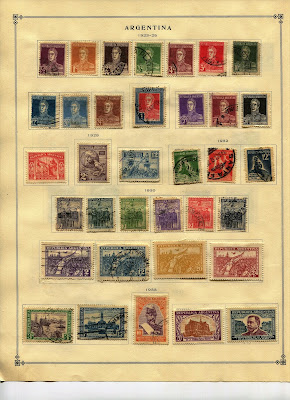 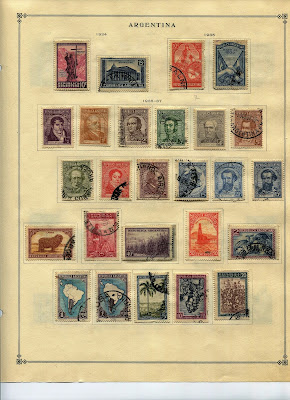 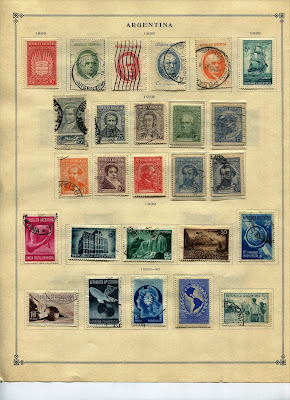 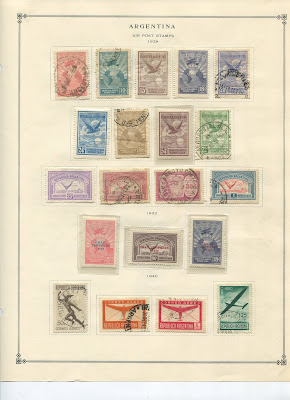 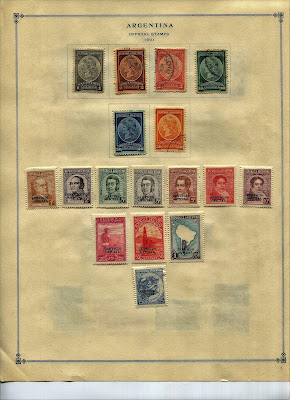 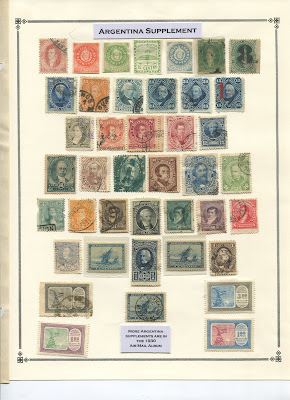 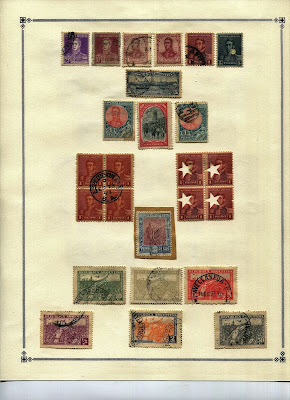 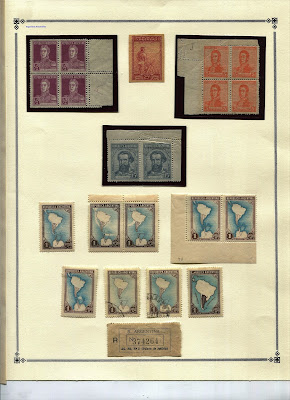 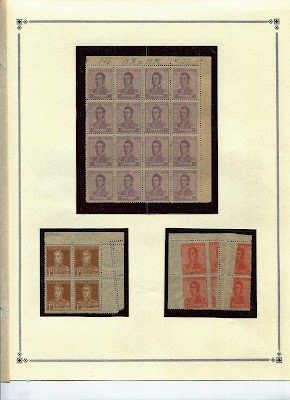 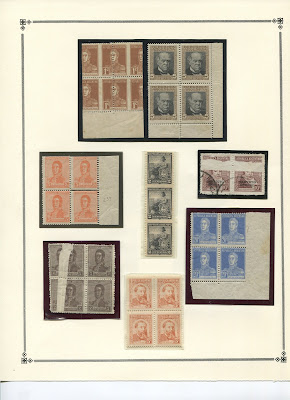 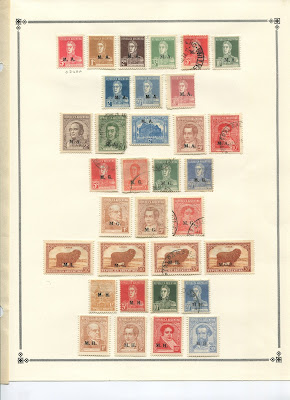 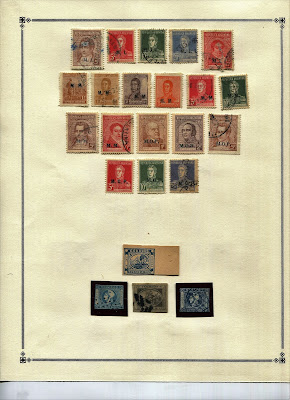