1-- Initially French stamps are used with only cancels to identify their country of origin (BB has none for Algeria),

2-- These are followed by French stamps overprinted with the dependent country’s name (Algeria, page 1, rows one and two),

3-- Then come stamps of obvious French design, but with the country’s name inscribed (the rest of page 1),

4-- And finally, usually in the 1930s, comes a shift to larger stamps with scenic, cultural and political characteristics of the country (the rest of the Algeria BB pages, except the postage due sections). All bear the RF insignia or “Republique Francaise”. Algeria’s stamps show greater variety of subject matter in the 1930s than those of most French colonies.

I found Algeria easy to collect. It was the first African nation completed in my album. 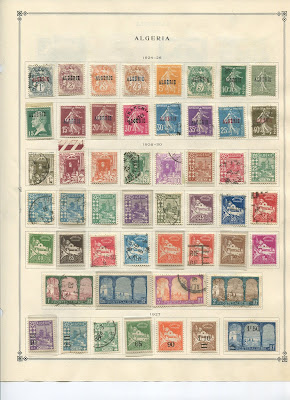 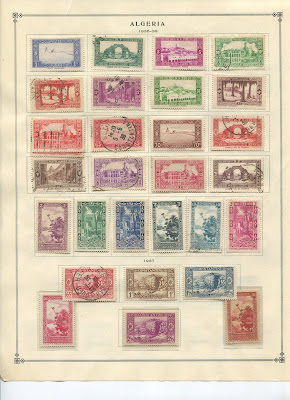 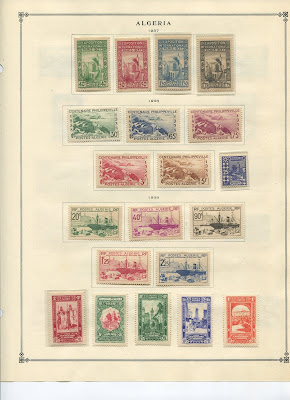 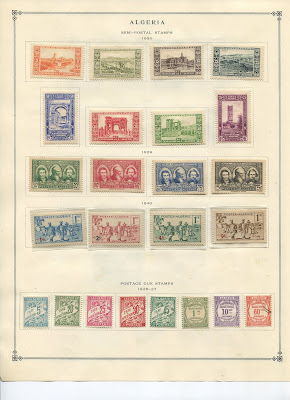 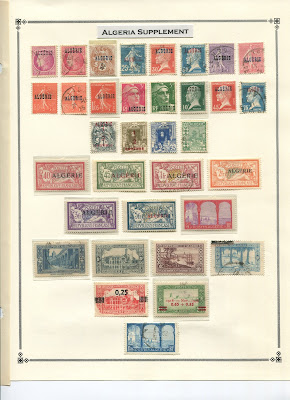