Alaouites- a closer look at the stamp issues 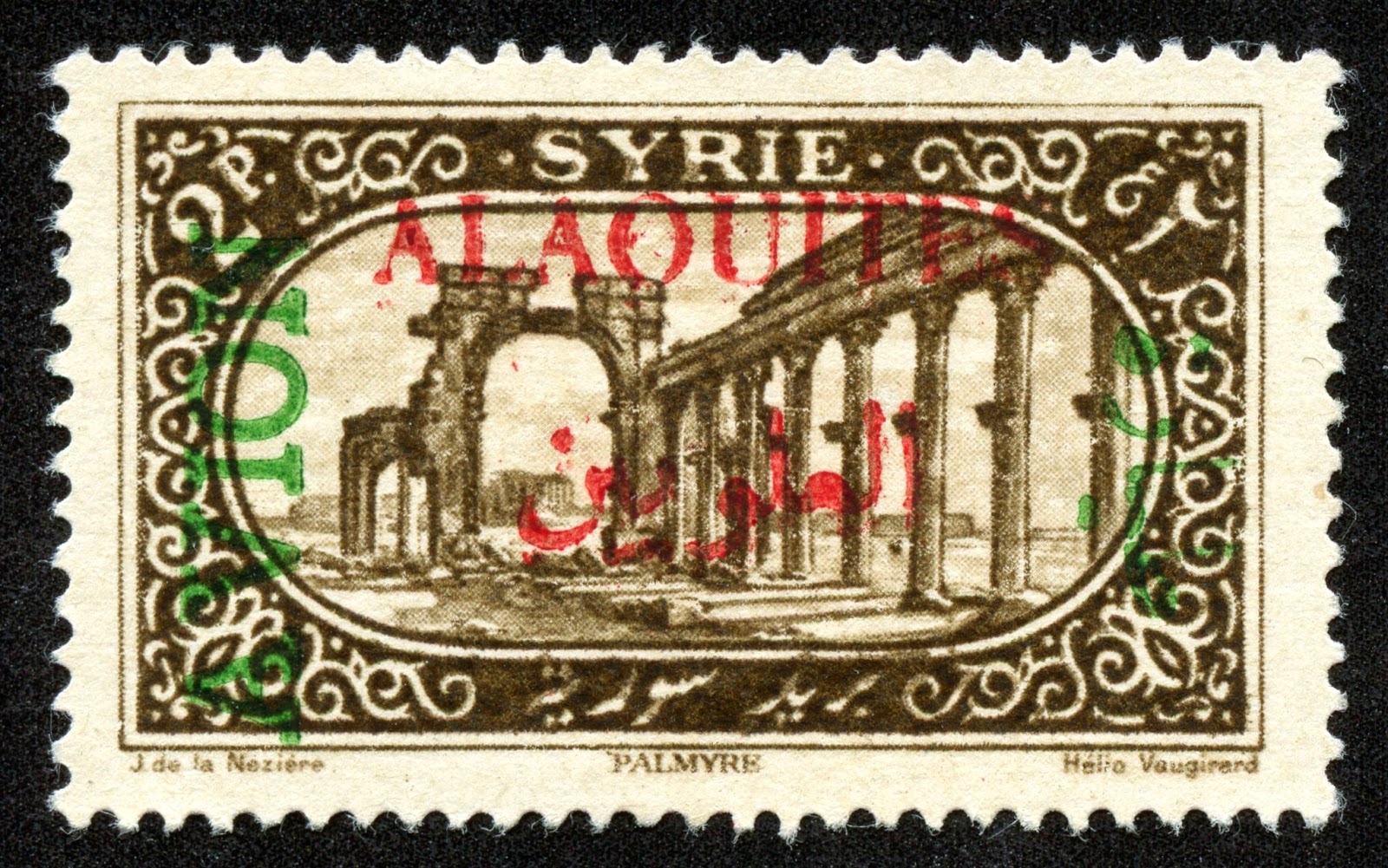 1925 Scott C5 2p dark brown
Additional overprint in green
On stamps of Syria, 1925, overprinted
Into the Deep Blue
The 2011 Scott Classic Specialized catalogue has, for Alaouites 1925-1930, 73 major stamp descriptions in the regular, air post, and postage due categories. Of those, only one stamp is CV $1+. Moving up to the CV $2+-$4+ range, 28 additional stamps are found (38%). A collection can be formed if one is willing to spend a little more.
A closer look at the stamps and issues
100 Centimes = 1 Piaster
The initial twenty-one 1925 regular stamp issue under the French Mandate were surcharged French stamps. There was also four air mail and five postage due French surcharged stamps produced. By a quirk of collecting WW, I happen to have none of them. ;-)  All the examples I will show here will be overprinted/surcharged stamps of Syria. 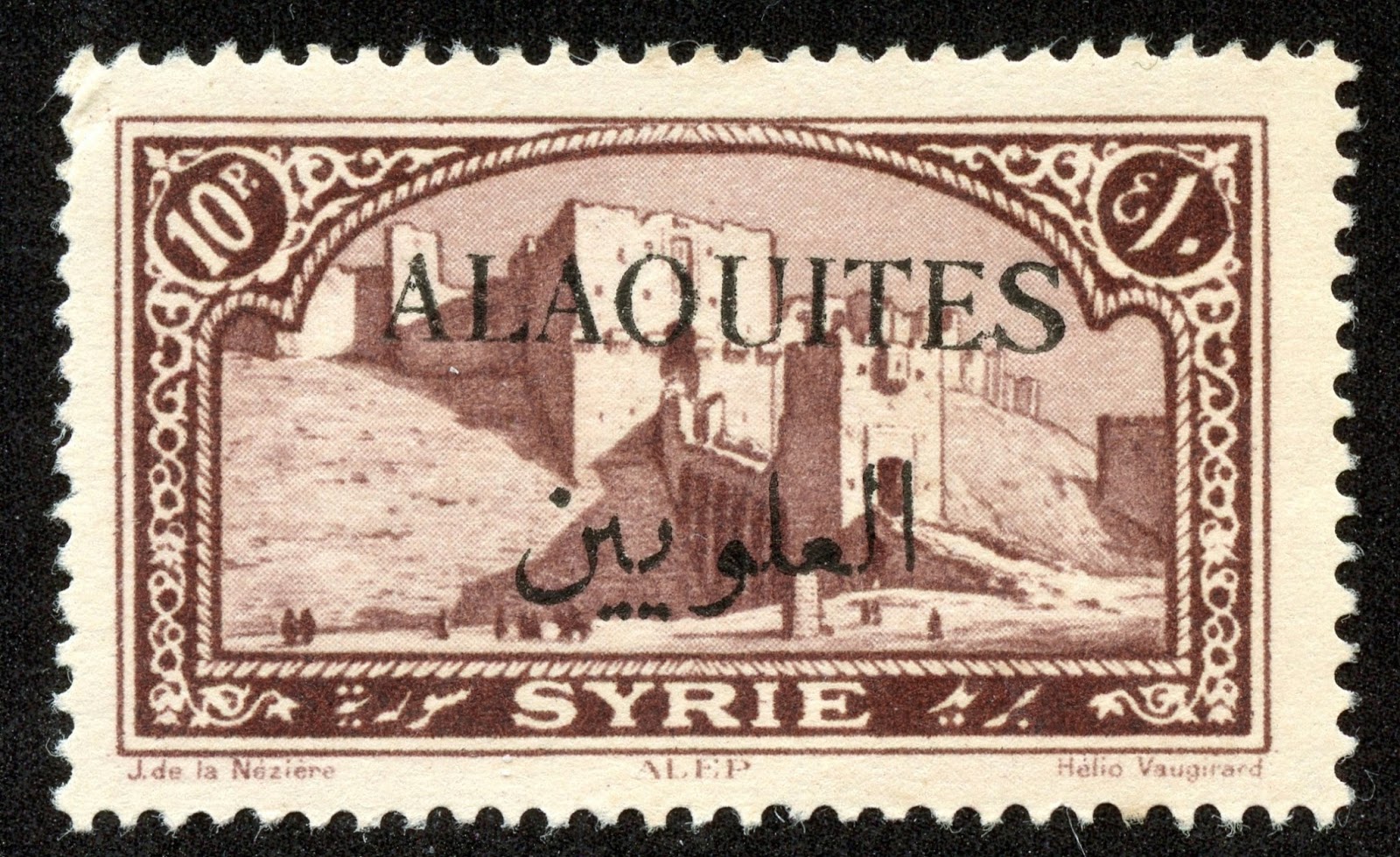 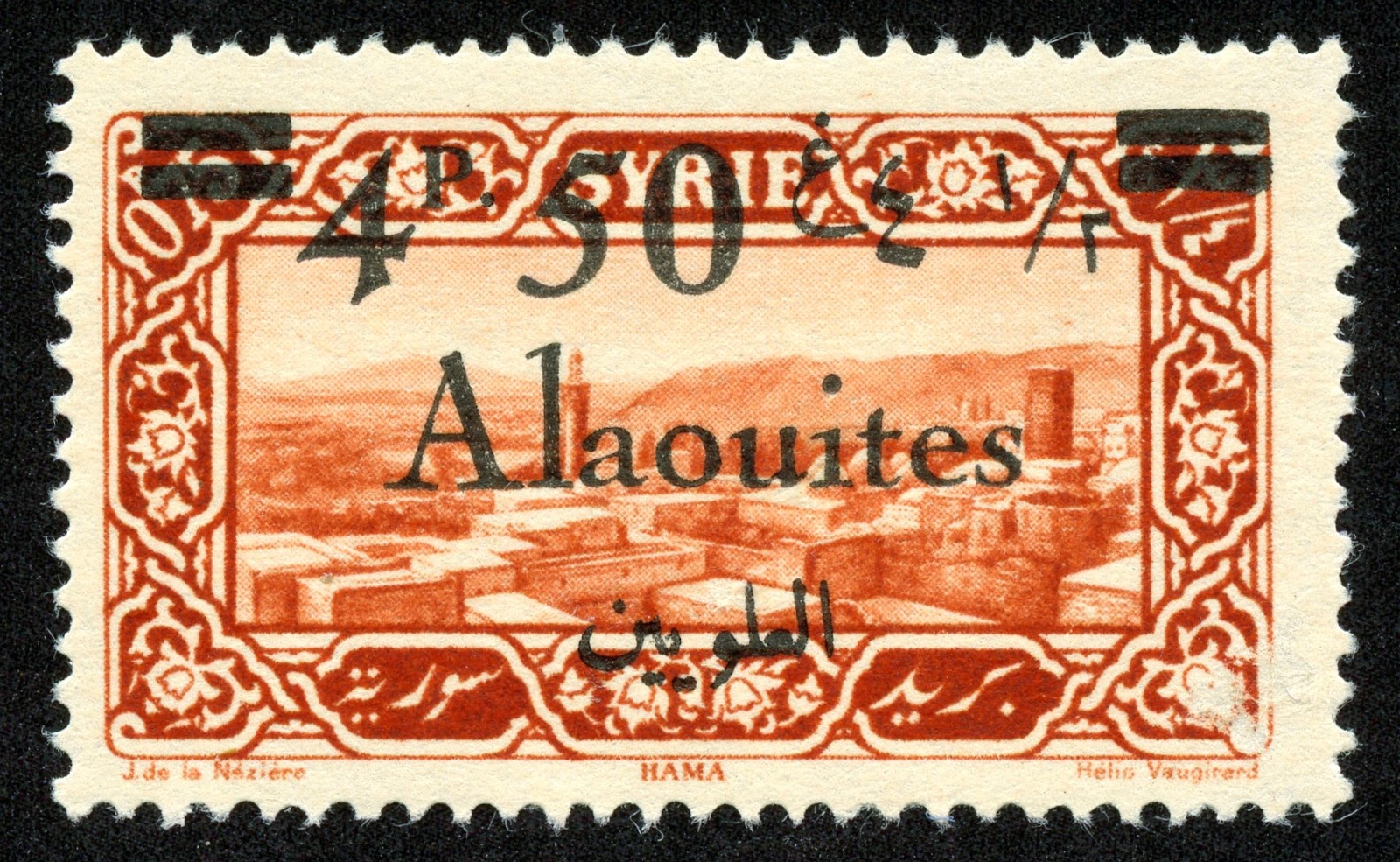 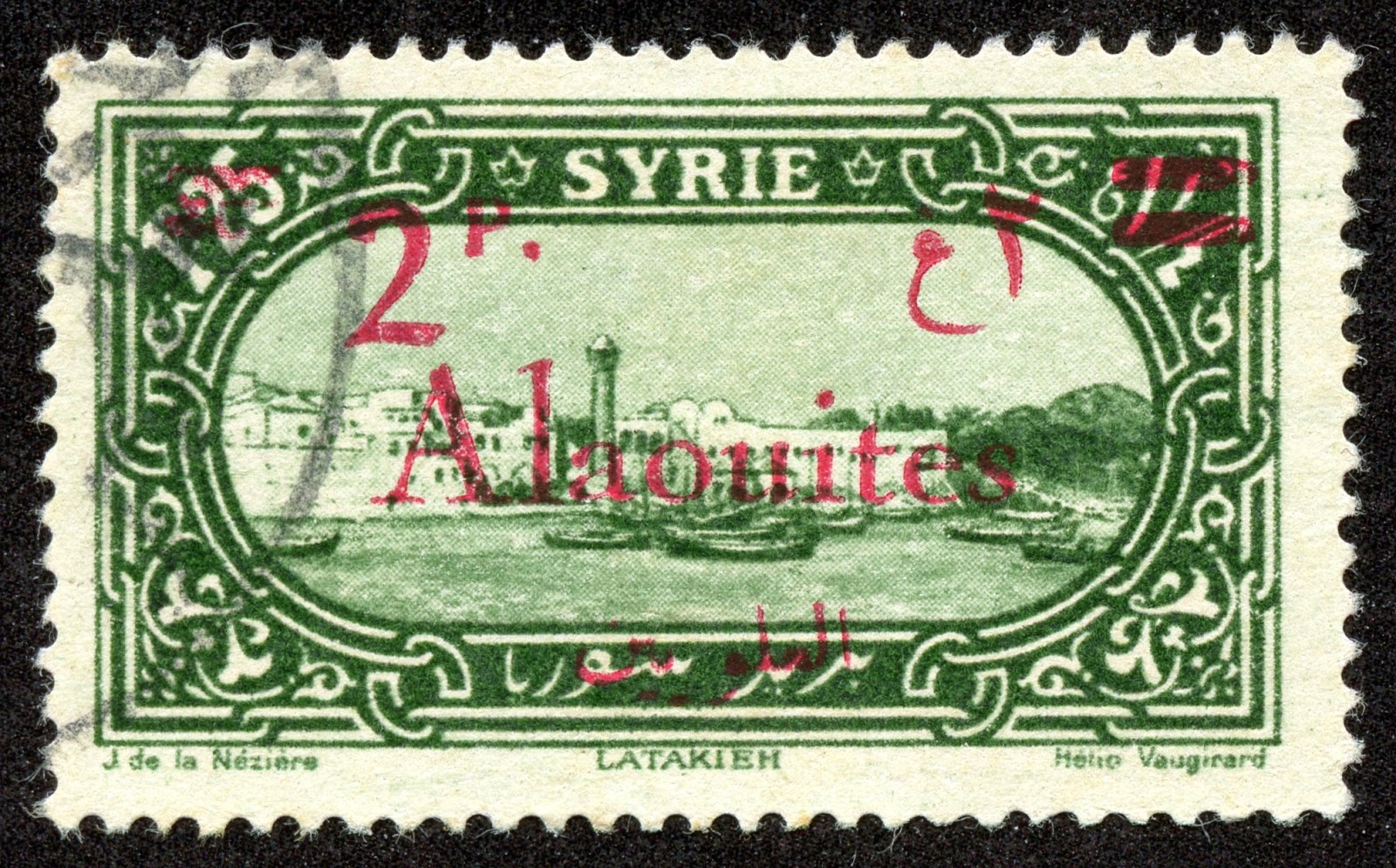 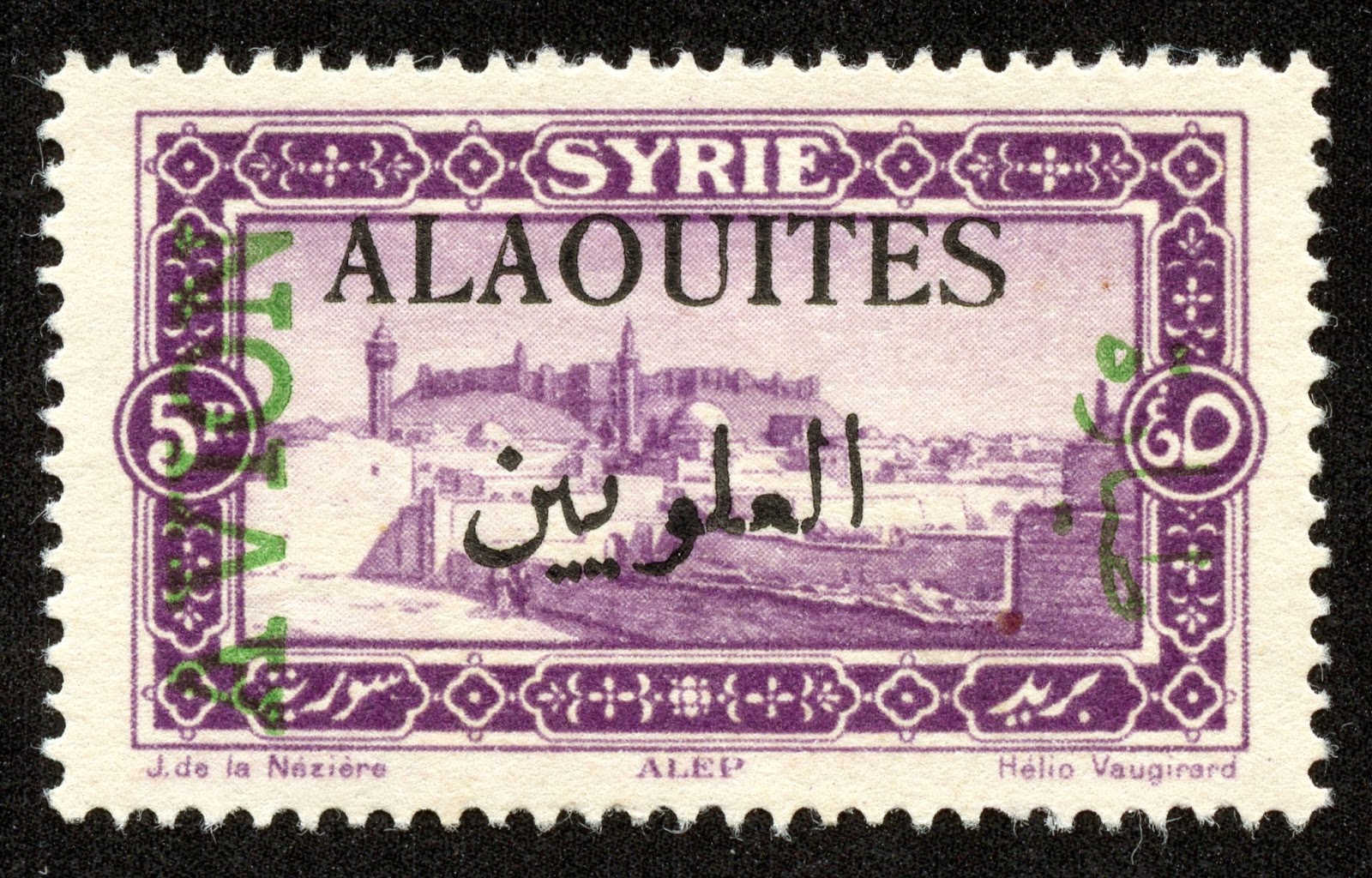 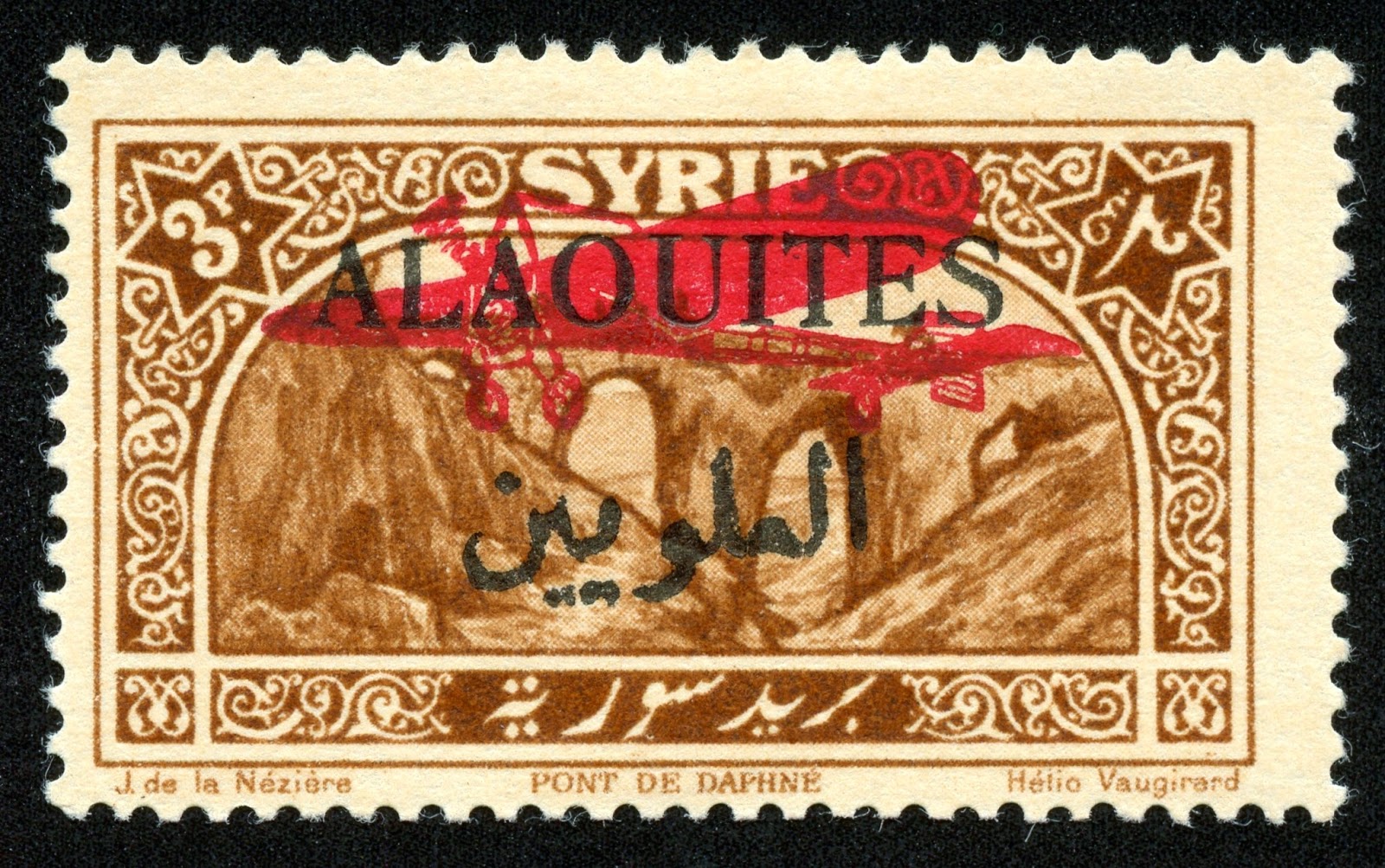 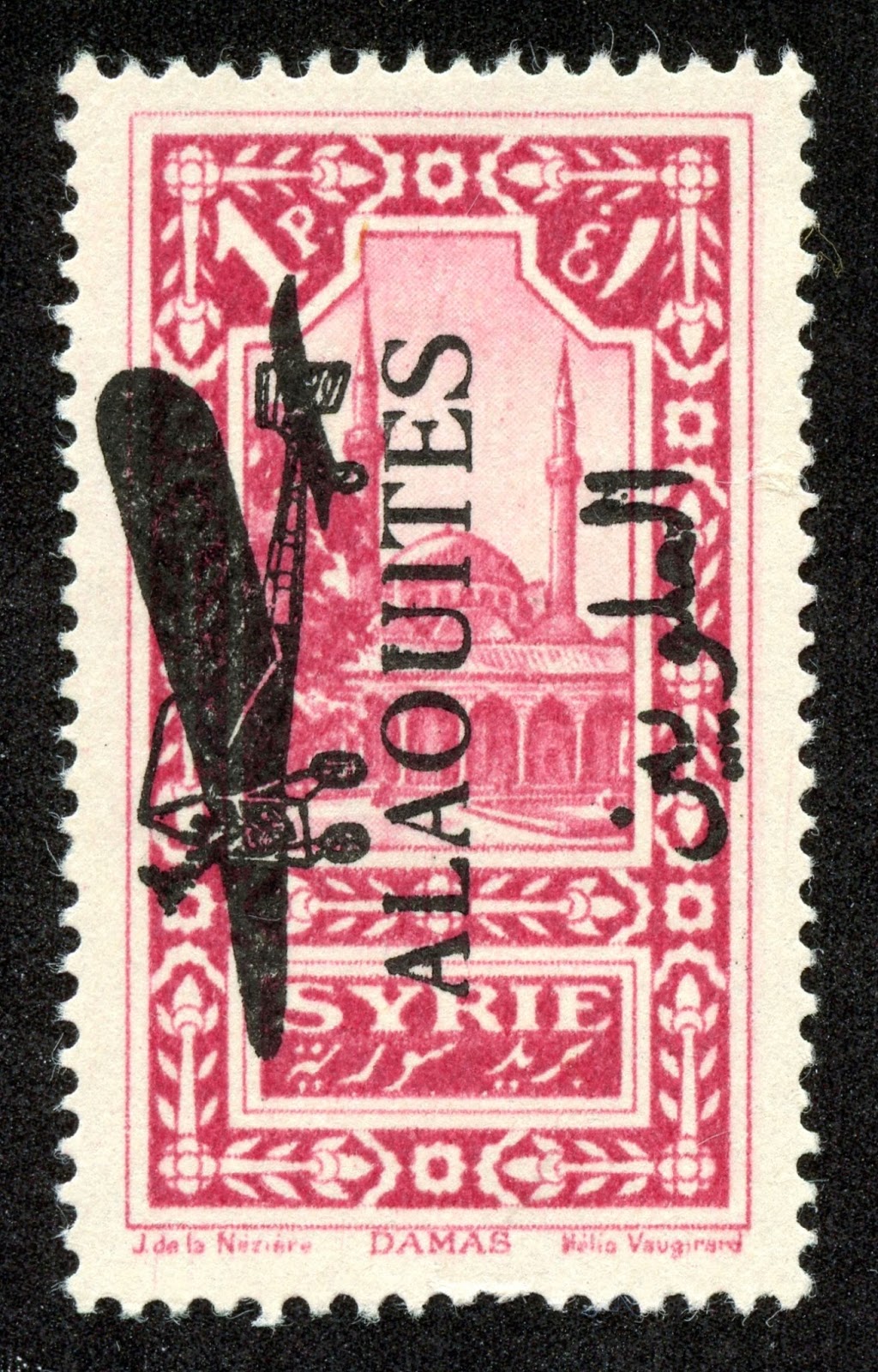 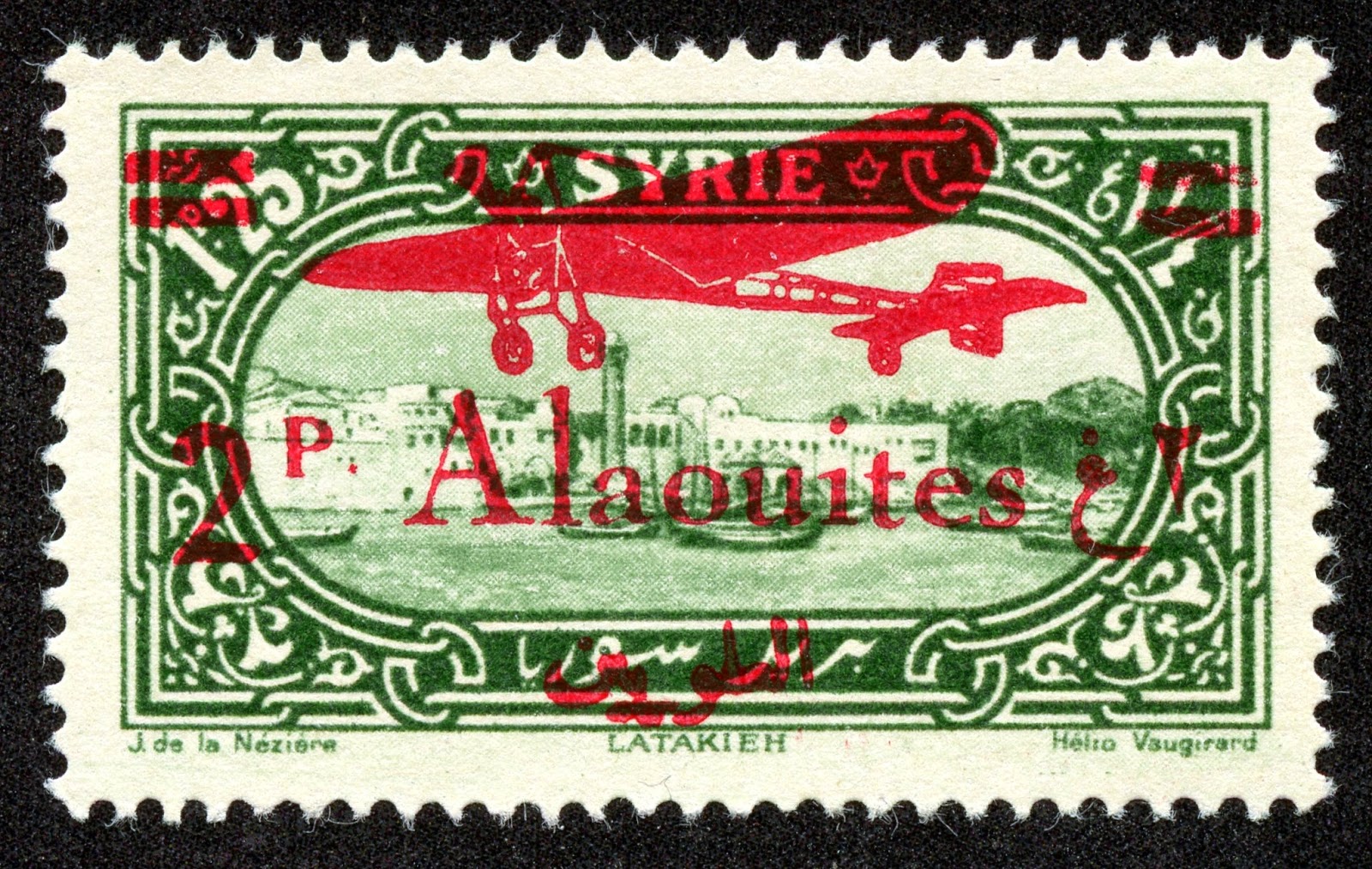 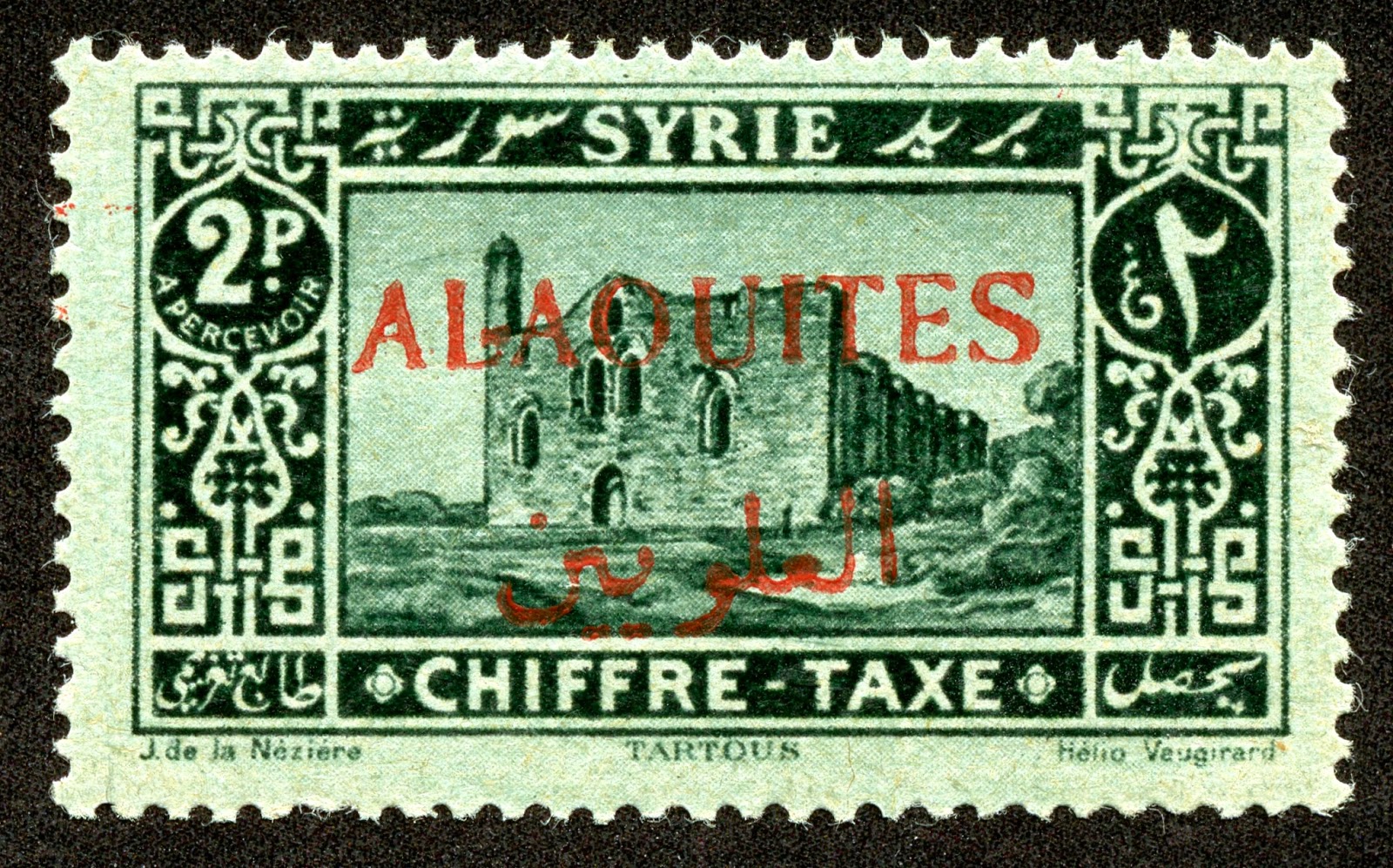 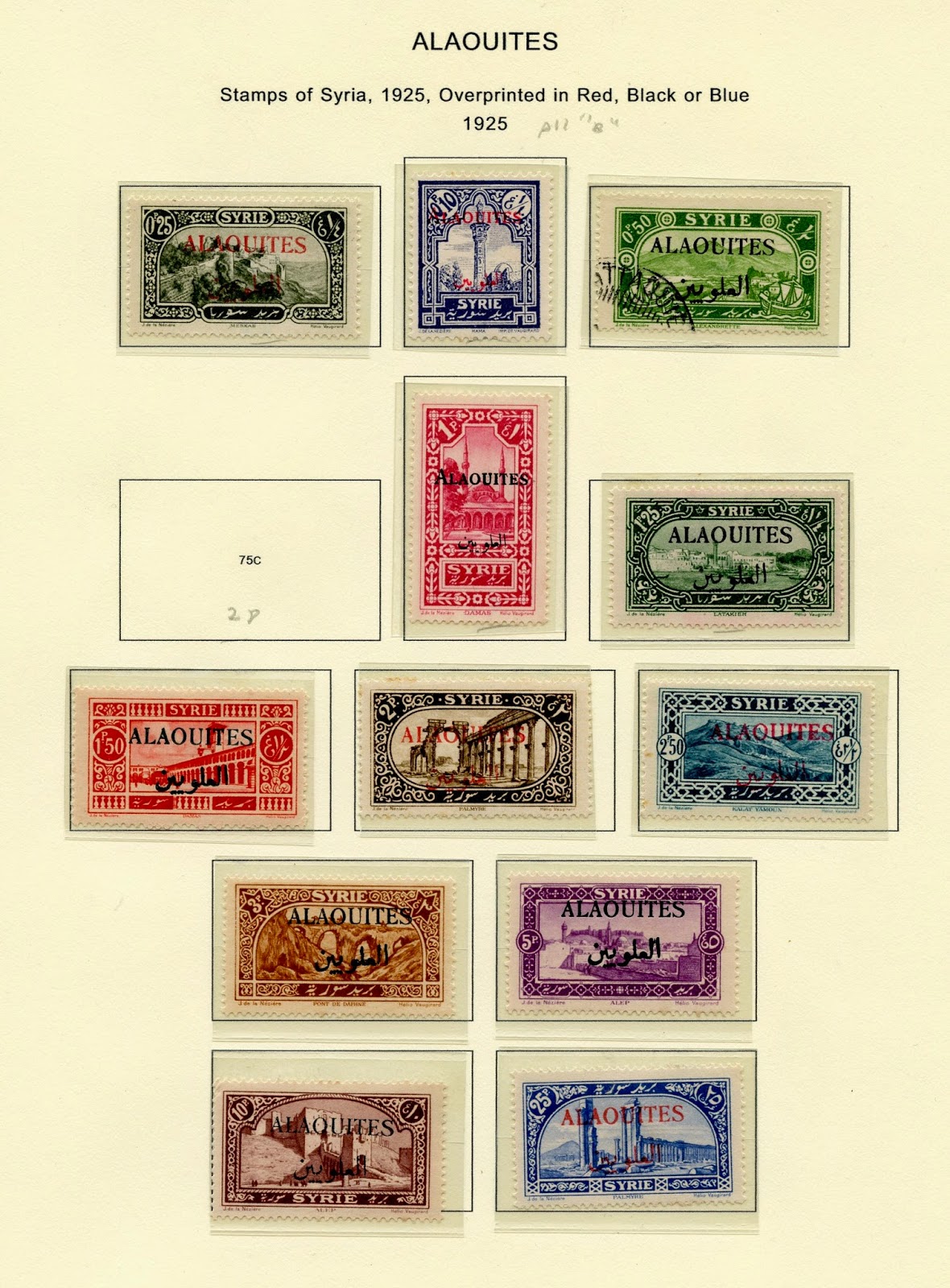 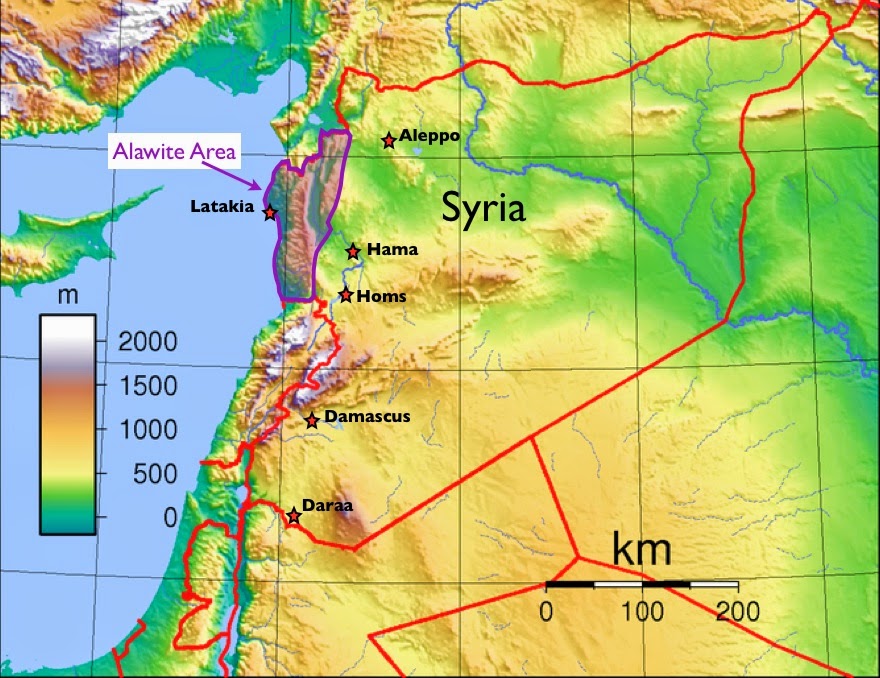 The "Alaouites" (Alawite area) region of Syria
Out of the Blue
The French Mandated era stamps for Syria, Alaouites, and Latakia I find particularly attractive. Perhaps it is because of subsequent - and current history?

Note: Map image appears to be in the public domain.

Note: I'm adding more about the stamp issues to previously published posts, and this "A closer look at the stamps and issues" section has been added to the original Alaouites post.