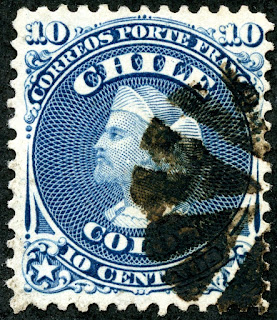 1867 Scott 18 10c blue "Christopher Columbus"
Unwmk., Perf 12
Into the Deep Blue
Except for some telegraph stamps overprinted/surcharged in 1904, all of the regular issues of Chile from 1853-1909 show the visage of Christopher Columbus. That is what you get with Chile. 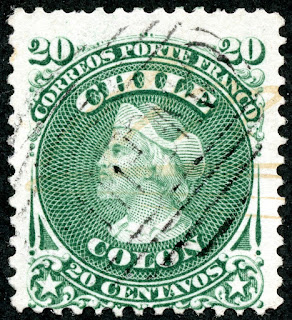 1867 Scott 19 20c green "Christopher Columbus"
Unwmk., Perf 12
In 1867, a five stamp engraved new design issue was released. The issue, classic in appearance,  offers little confusion, as the design was used only for this production. 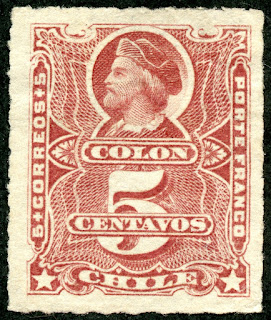 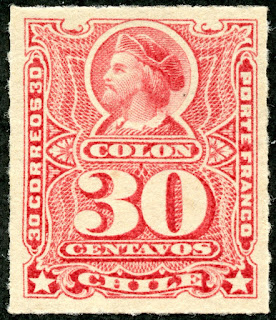 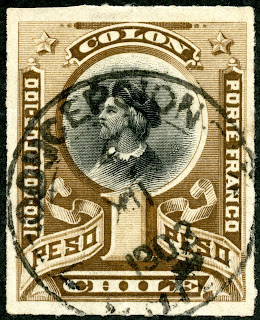 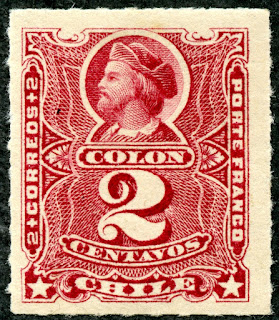 1894 Scott 38 2c carmine lake
Re-engraved
In 1894, the 1c and 2c were re-engraved. Scott shows the clear differences in their catalogue. The re-engraved specimens  have a thicker "1", and a much thinner curly-cue for the top of the "2". 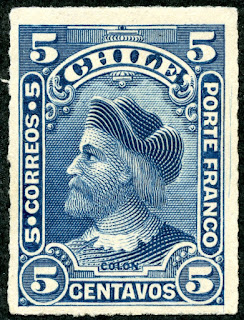 1900 Scott 41 5c deep blue
Type I
Between 1900-01, a seven denomination stamp issue was released in a "Type I" design. Type I is defined as a heavy shadow or shading below "Chile" and immediately around the adjacent ornaments above the top of the Columbus visage. CV is <$1 - $2+. 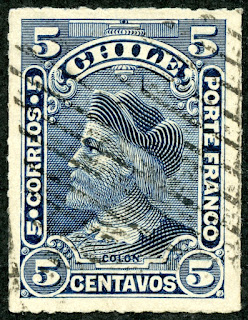 There is also a Type II design released in 1901 for the lower four denominations. Type II is defined as no heavier shading below "Chile" and the ornaments. CV is <$1.

There should now be little cause for confusion. If you need additional comparison, the 20c, 30c & 50c only come as Type I. 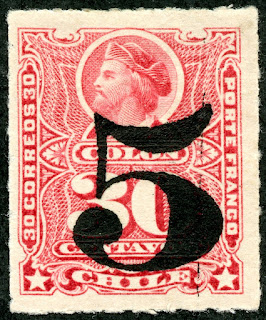 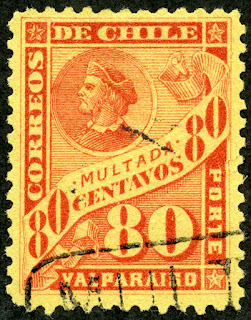 Postage Due 1895 Scott J29 80c red/yellow
Lithographed, Perf 11
Switching to Postage Due, the first issue for Chile was a 1895 twelve stamp lithographic issue. CV is $5+ for each. Note the Perf is 11. 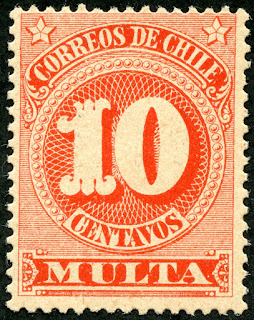 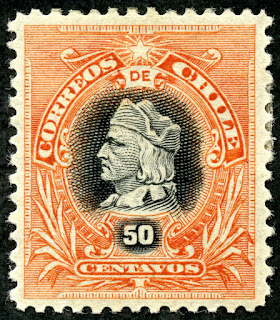 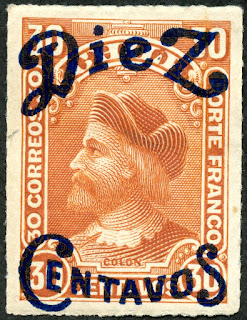 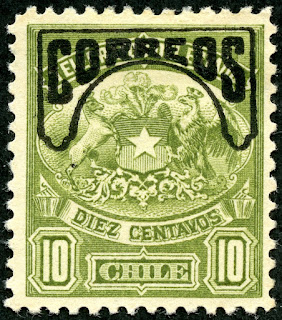 The stamps showing the coat of arms (seven stamps) can be found as Type I or Type II. 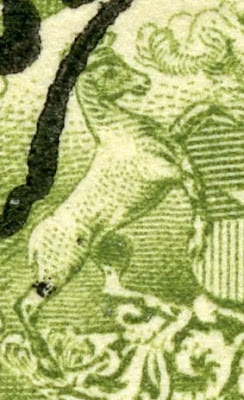 Type I
Type I is characterized by a horse on the left of the coat of arms with no mane and no tail. 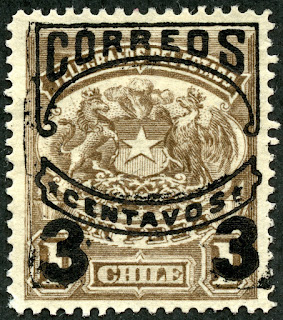 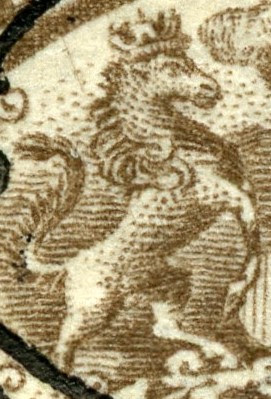 Type II
Type II is characterized by a horse with a mane and tail. 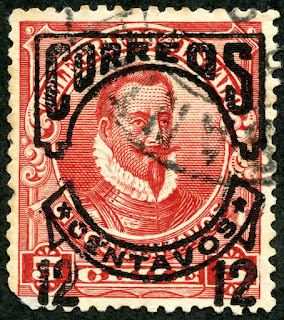 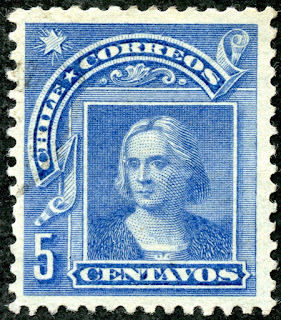 The four lower denominations had a design as shown above. 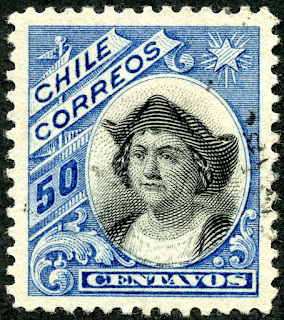 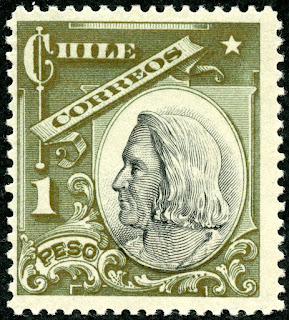 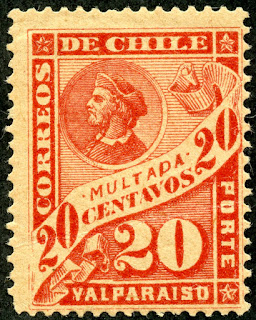