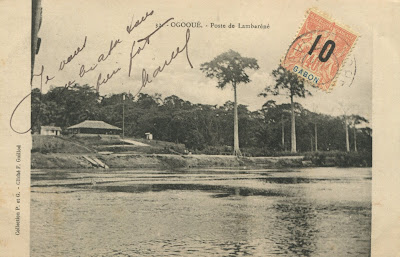 The Lambaréné outpost (post office?) greeted Albert Schweitzer when he arrived there in 1913 to build a hospital. Motivated by the desire to atone for colonial crimes, Schweitzer provided treatment to everyone who came for whatever they could pay.

The banks of Gabon’s Ogooue River were aptly chosen for such atonement, for thousands of Africans had been traded down its flow into slavery, many as recently as the 1870s. Among them were people like the Fang tribe models chosen for the stamps on Pages 1, 2 and 4 who lived in villages like the one shown on Page 3 (bottom).

The river itself appears in the 1932-33 issues (Page 3) carrying a raft of precious equatorial timber, also being traded down the river to awaiting ships. Life sur l’Ogooue was hard, rife with swift currents and tropical diseases; a hospital was needed. The wood is likely Bubinga, prized for its texture and elaborate graining. It’s still being transported on the Ogooue, now maneuvered by tug boats rather than men with long poles.

Jim's Observations
Gabon had handstamped surcharged French Colonies stamp issues beginning in 1886. Then, from 1891 to 1904, Gabon was part of the French Congo. Gabon again issued their own stamps in 1904 with the "Navigation and Commerce" French colonial design. Although Gabon entered the Federation of French Equatorial Africa (along with three other colonies) in 1910, Gabon had their own stamp issues until 1936. Some of the later Gabon issues were overprinted "French Equatorial Africa". 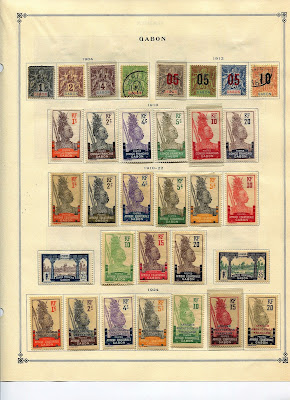 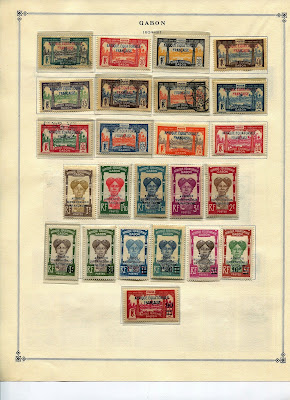 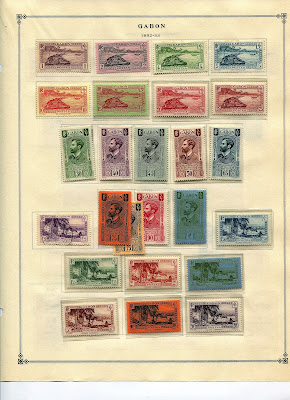 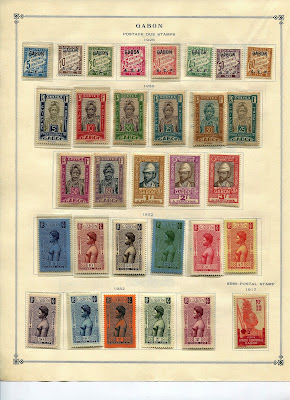 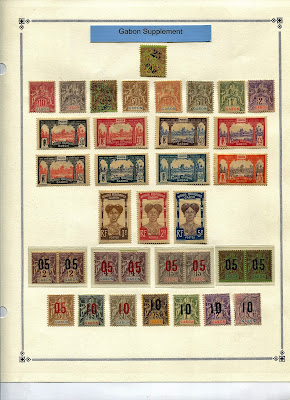 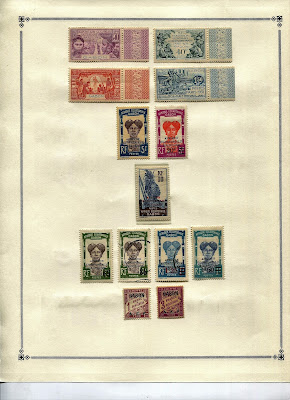