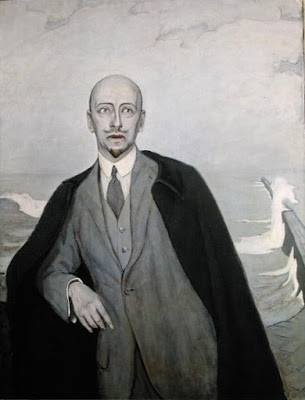 Irregular troops led Gabriele D'Annunzio, a poet and inspirer of revolts, took over Fiume in 1919. He hoped to annex it to Italy, thereby making Italy great again, but it didn’t happen as he wished.

Historians say, however, that Mussolini picked up his ideas, and Hitler did, too. D'Annunzio’s nihilism, his poetic glorification of passionate beauty, and his pursuit of immediate sensual pleasure at any cost, especially if someone else pays for it, typifies Nazi aesthetics. Doting women gushed over the little man (see quotes above). Others thought him a jerk. Compare his picture to Scott #s 86 through 99 (page 2 and supplement).


I’ve not finished checking the scans for forgeries, but the few stamps I’ve looked at carefully seem to be OK. A great help in detecting Fiume forgeries can be found online:

Jim's Observations
The allied troop occupation of Fiume (November,1918), the takeover by the poet Gabriele d'Annunzio and his legionnaires (1919), and the creation of The Free State of Fiume (1920-24), gave philatelists a stamp issuing entity that, during six years, issued 262 stamps!  Fiume, on the Adriatic Sea, consisted mostly of the city of Fiume.  The city became known as Rijeka after WWII, and today is in Croatia. 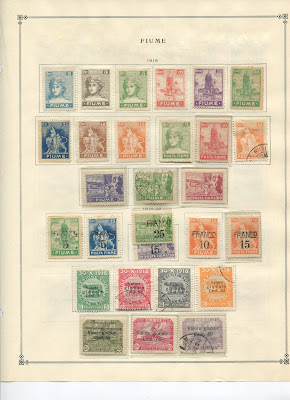 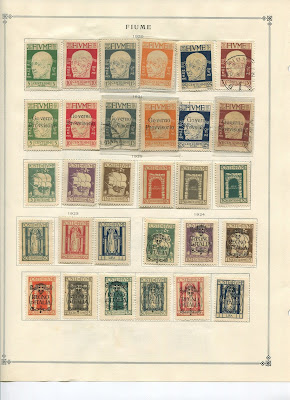 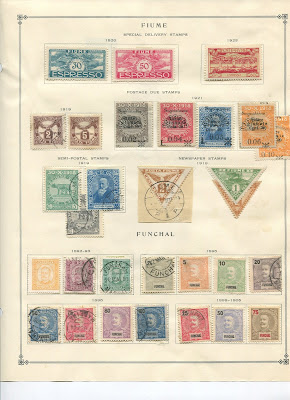 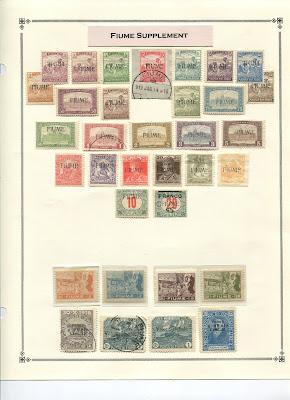 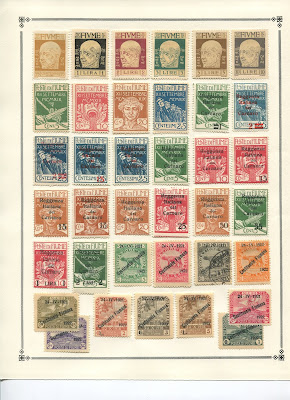 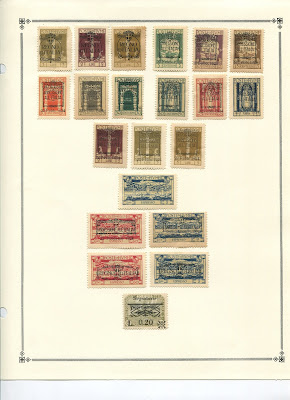