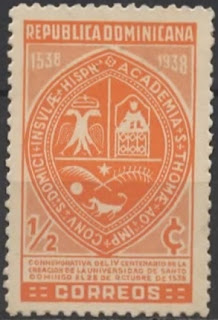 Being a country of many firsts, the Dominican Republic (DR) unsurprisingly issues stamps commemorating these firsts. Here’s a checklist.

DR issued many stamps showing a coat of arms which goes through several slight revisions - an interesting study for micro philatelists.

Jim's Observations
The Dominican republic shares the island La Hispaniola with Haiti, and is located in the Caribbean Sea. The Capital is Santo Domingo, and the population was 1,800,000 in 1942. Christopher Columbus reached the island in 1492, and Santo Domingo became the first European settlement in the Americas. The Dominican Republic has seen three centuries of Spanish rule, brief French rule, brief Haitian rule, "Independence" in 1821, another "Dominican War of Independence" in 1844, brief Spanish rule, U.S. occupation 1916-1924, the dictatorship of Trujillo Molina until 1961, a 1965 civil war, and finally a move toward a representative democracy. Stamps were first issued in 1865 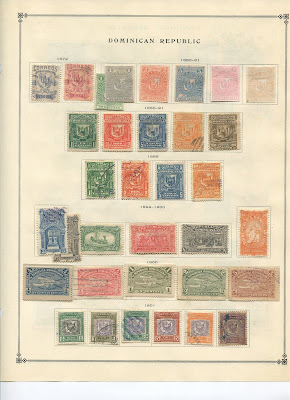 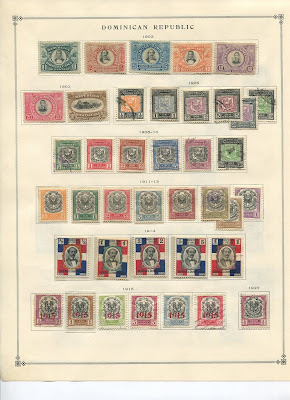 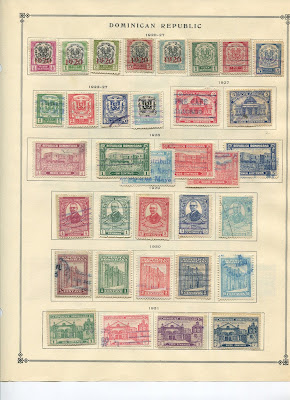 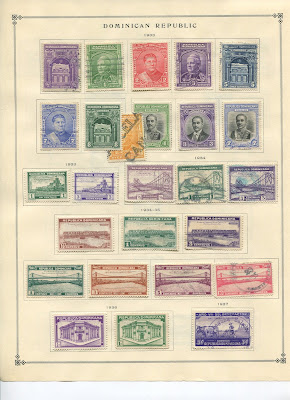 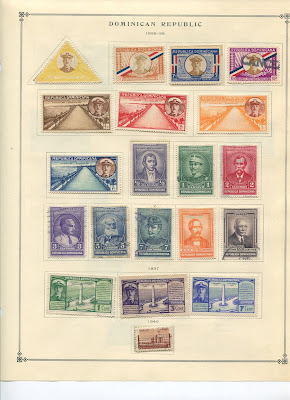 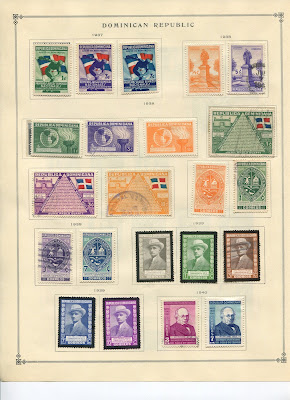 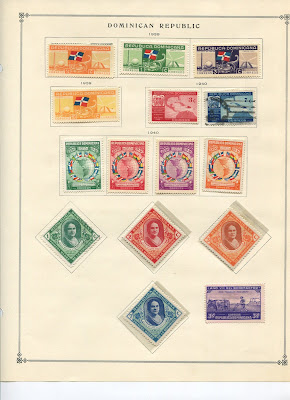 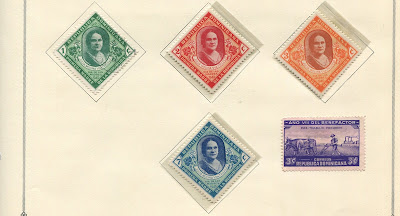 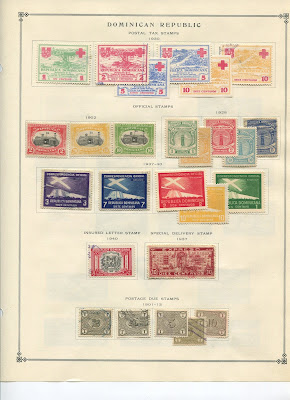 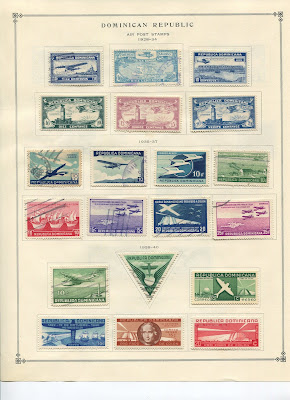 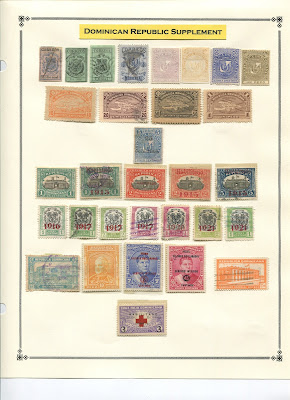 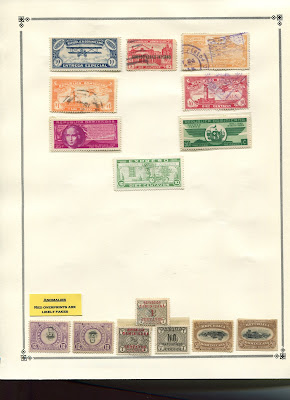 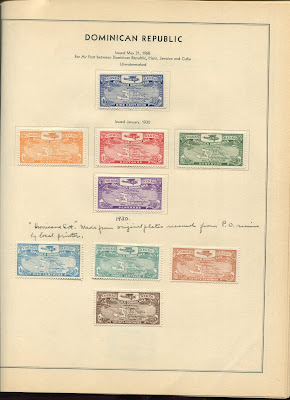