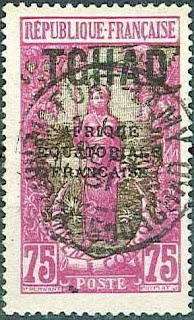 Only two designs in BB’s selection depict anything about Chadian culture -- a Musgum mud village and men poling a papyrus canoe on Lake Chad. Both are postage due stamps (page 2). The rest are overprints on Middle Congo or common design French colonial issues.

Chad had its own stamps, courtesy of France, from 1922 to 1936, and thereafter used the postage issued for all of French Equatorial Africa. Why, then, did Chad ever require its own stamps? A cynic might blame the stamp collecting market. Non-philatelic used examples are scarce. Fort Lamy (see cancel above) is present day N’Djamena, Chad’s capital.

Like Jim, I settled on the four 1931 Colonial Exposition designs for BB’s blank spaces although the third, an allegory of France rising from the ocean to enlighten awe-struck natives, seems ludicrous for a land-locked nation.

Jim's Observations
I had to scramble to find enough "horizontal" stamps to fill all the spaces provided by Big Blue. The trouble arrives with "Four blank horizontal spaces" under the 1927-33 dates. All I could find to put in was a "wrong for dates" 1922 issue Scott 15, and a Scott 25. I had already used  the other horizontally oriented stamps in preceding selections. 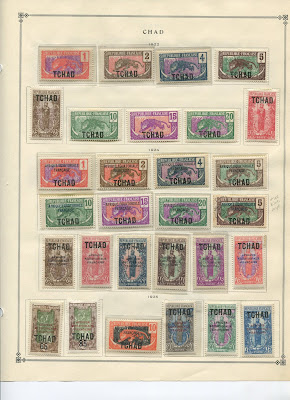 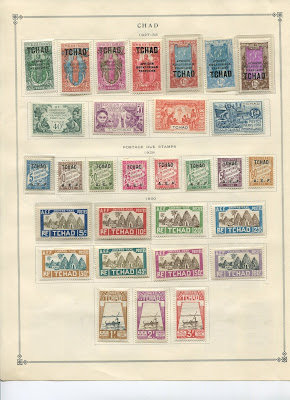 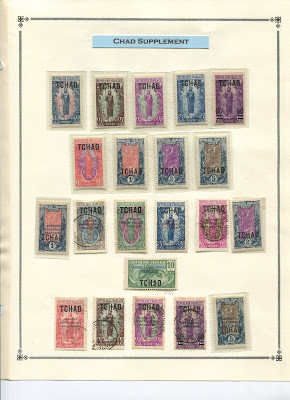 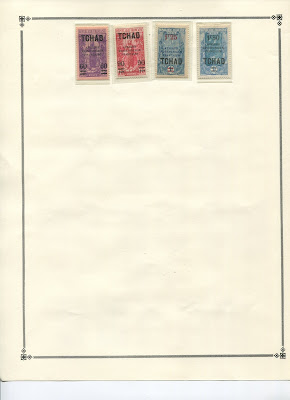