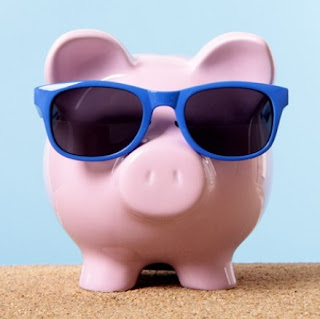 Cayman Islands (CI for short) stamps are surprising for what they omit. British Caribbean countries’ stamps ordinarily show coats of arms and sailing ships. Not the Caymans. No arms. No ships, except for a sport schooner and cat boat. There exists a Cayman Islands coat arms suitable for stamps, of course, with a top-perching turtle. Columbus named the islands The Turtles (Las Tortugas).

Further, Cayman Islands navigation history might have inspired stamp designs, but didn’t. Records list over 300 local shipwrecks including, according to legend, one carrying Prince William, later King William IV. Ships did wreck, but William wasn’t aboard any of them. He appears on the 1932 series along with George V to celebrate CI’s legislative assembly centenary. Because of their mercy toward shipwrecked sailors William’s father, George IV, granted CI freedom from taxes, forever.

Now home to over 100,000 businesses but only 56,000 people, CI is served by 40 of the world’s 50 fattest banks. Once known as “guardian of the Caribbean,” modern CI guards wealth against taxation.

CI’s turtles (Chelonia mydas) make appearances in the 1935 and 1938 pictorial series, as does a booby bird with blue feet. The feet should be red, though. The blue-footed sort lives in the Pacific.

Update note to stamp changes made since scans were made: replaced scuffed #5; corrected error for #23, added seven to supplement, tipped-in two interesting cancels. Note: #s 114 and 115 on supplement page were issued in 1947.

Jim's Observations
Considering the wealth of the Cayman Islands, the issues in Big Blue are reasonable in cost. The most expensive stamp is the 1938 Scott 109 2s green ($10+). I did find, in addition, 17 stamps- including the 'dropped" war tax stamps- that could be added for <$1-$2+. 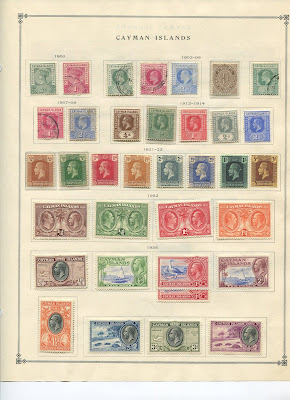 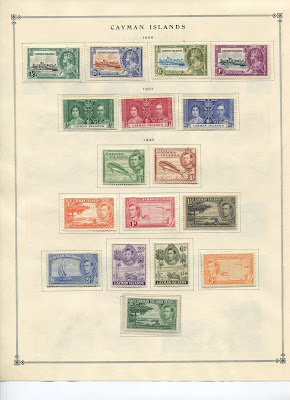 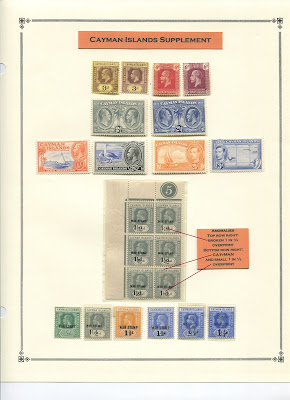