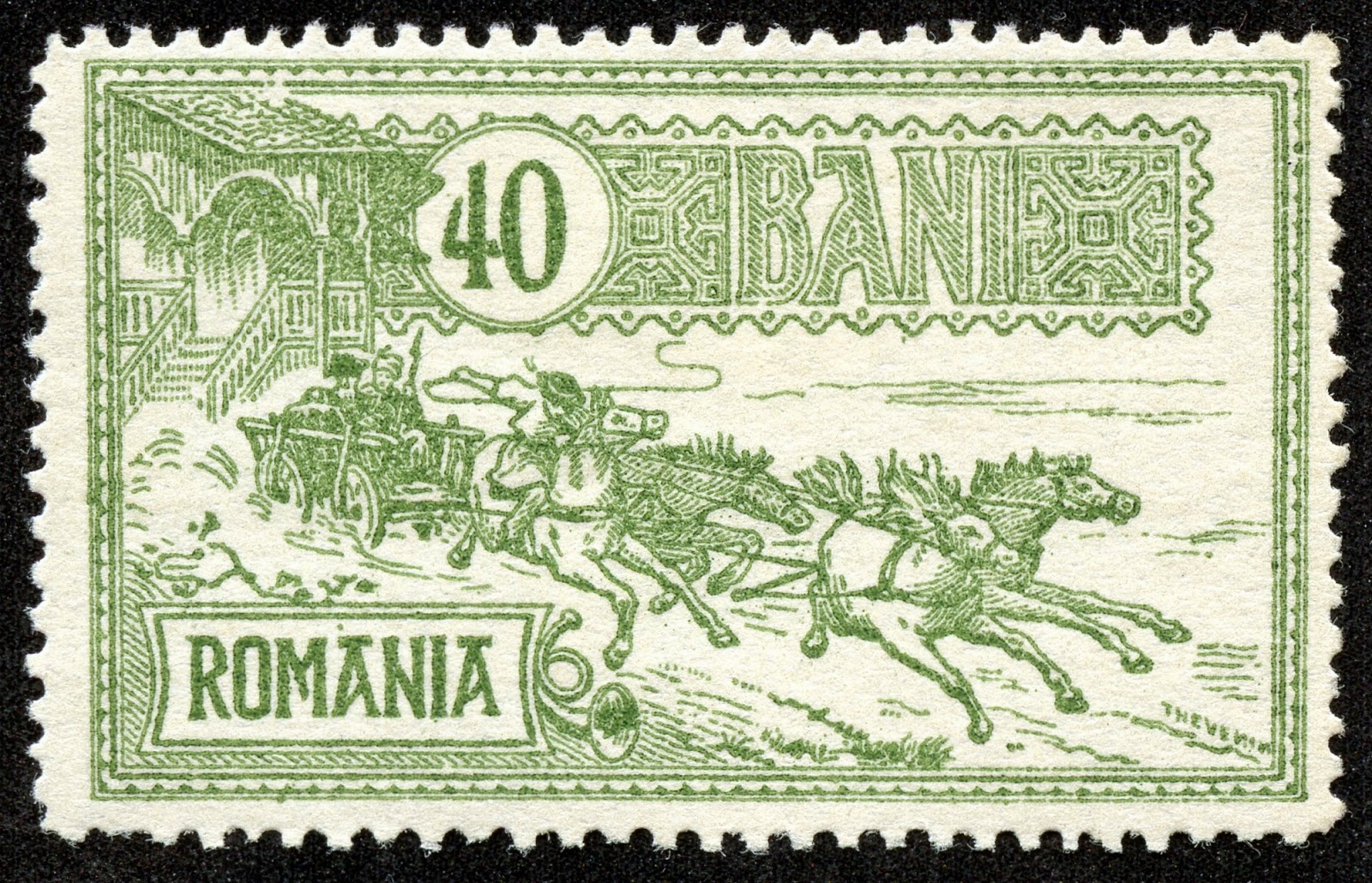 Forgery 1903 Scott 164 40b dull green
"Mail Coach leaving Post Office"
Into the Deep Blue
Without a doubt, the WW classical era collector will have some forgeries in their Romania collection.

Fortunately, there is help.

One of the best, if not the best, stamp websites focusing on a philatelic country is available for Romania.

There, one will find comparison illustrations and descriptions for genuine/forgery stamps.

Ah, if a site like this was available for all countries/major collecting areas with an emphasis on forgeries, what a wonderful "world" it would be for us naive lambs that do indeed collect the world. ;-)

Another helpful resource is Varro Tyler's book- "Focus on Forgeries c2000", which has 10 pages for Romania.

And presented here are some of the common forgeries in my own collection. 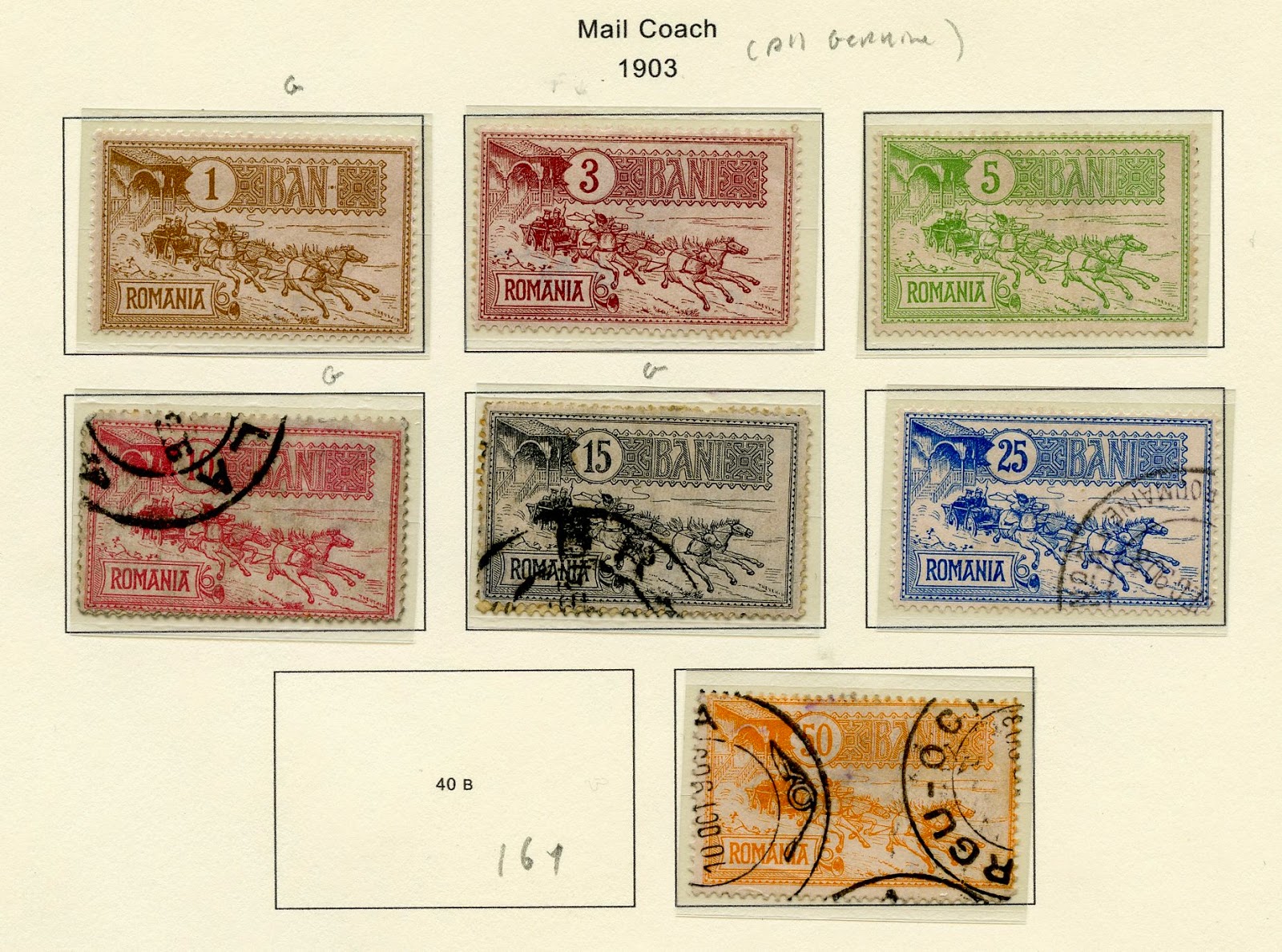 It is a lovely striking design. 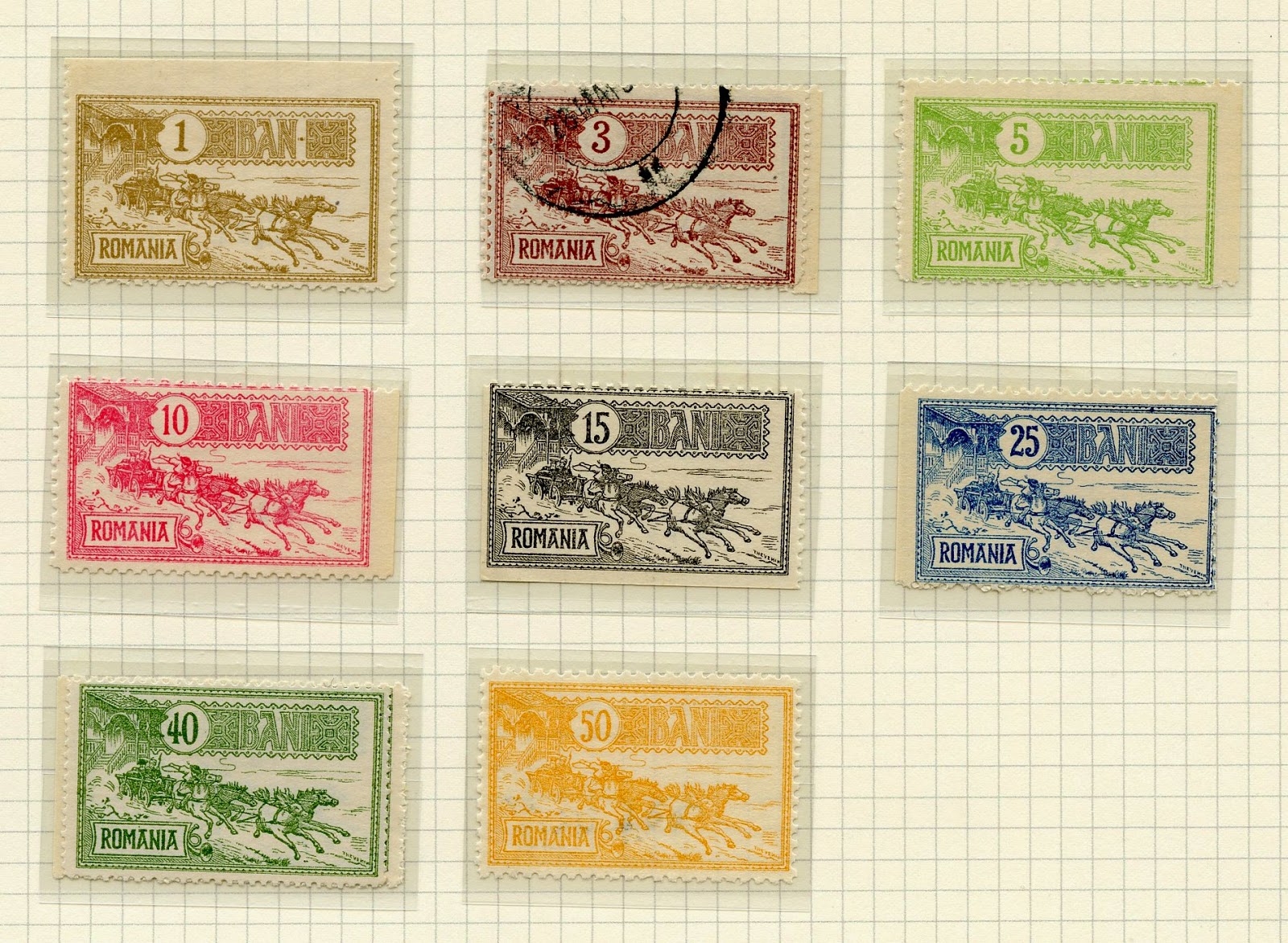 Varro Tyler states there are actually two forgeries- the common one shown here is called "Type I", and is apparently the work of the E. Cote printing firm in Paris. Tyler also comments that the Type I forgery is so common, it probably outnumbers genuines. 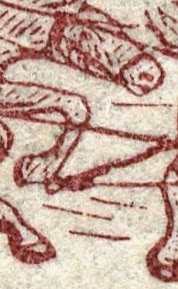 Genuine: Horse Forefoot touches Whiffletree
The most obvious (to me) is the horse's forefoot touches the whiffletree in front in the genuines, which is not the case for the Type I forgeries.

Genuine: Rider's Hat Sign
On the rider's hat, there are two feathers. The left, longer, and lower feather is definitely attached to the hat, while the right shorter feather does not touch the hat or the lower feather (or just barely). 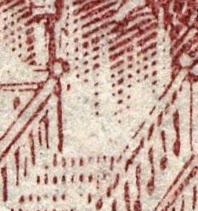 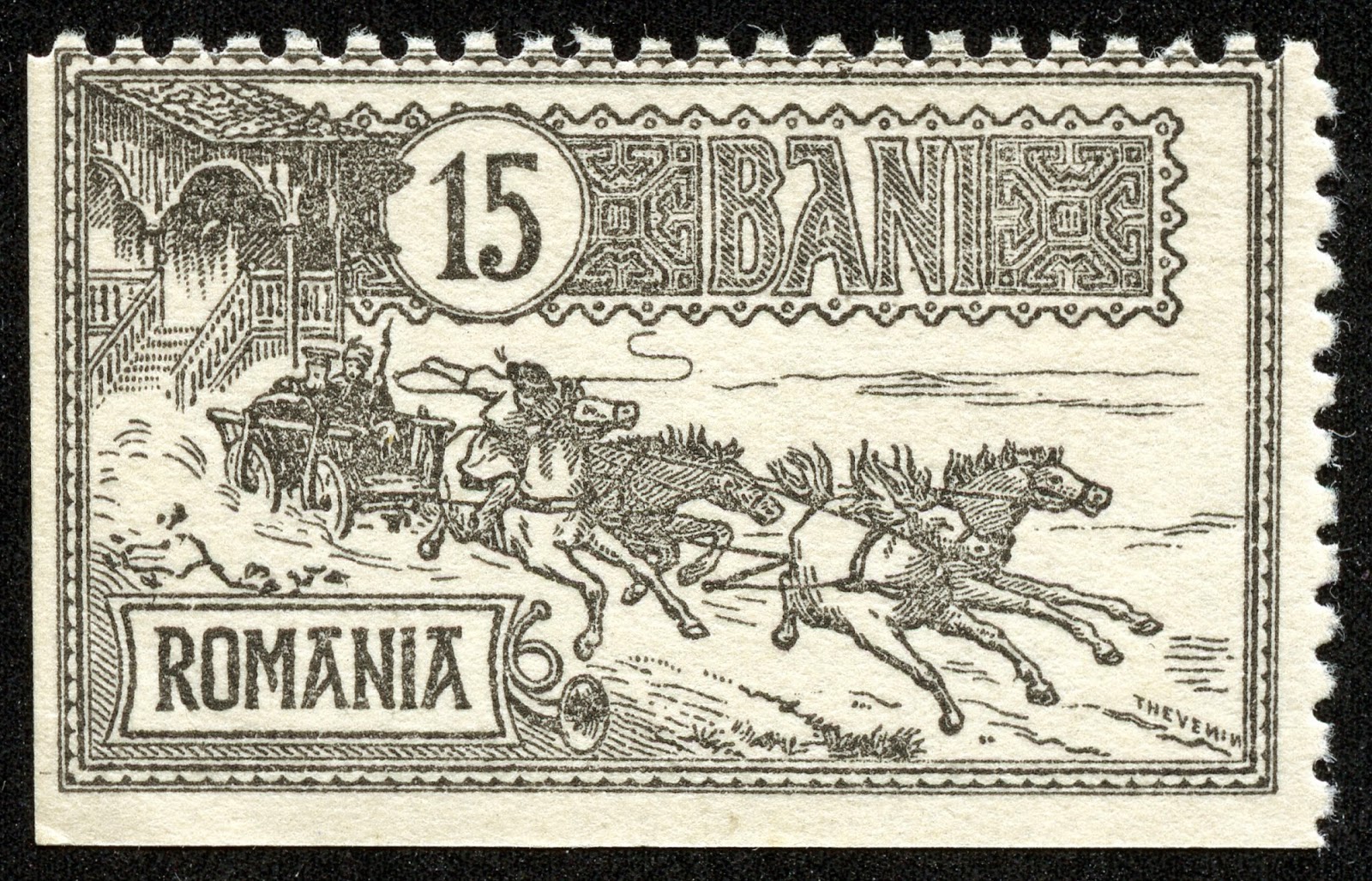 Forgery: Horse Forefoot does not touch Whiffletree
For Type I, the forefoot and whiffletree do not touch. 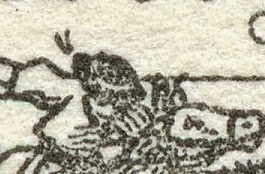 Forgery: Rider's Hat Sign
The feathers on the hat form a "V", and they do not (or just barely) touch the hat itself. 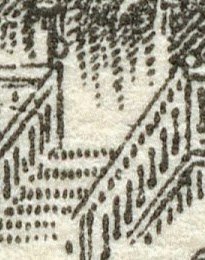 Forgery: Ball is floating above the left Stairway Rail
The left ball at the top of the stairs is not attached to the railing in the Type I forgery. 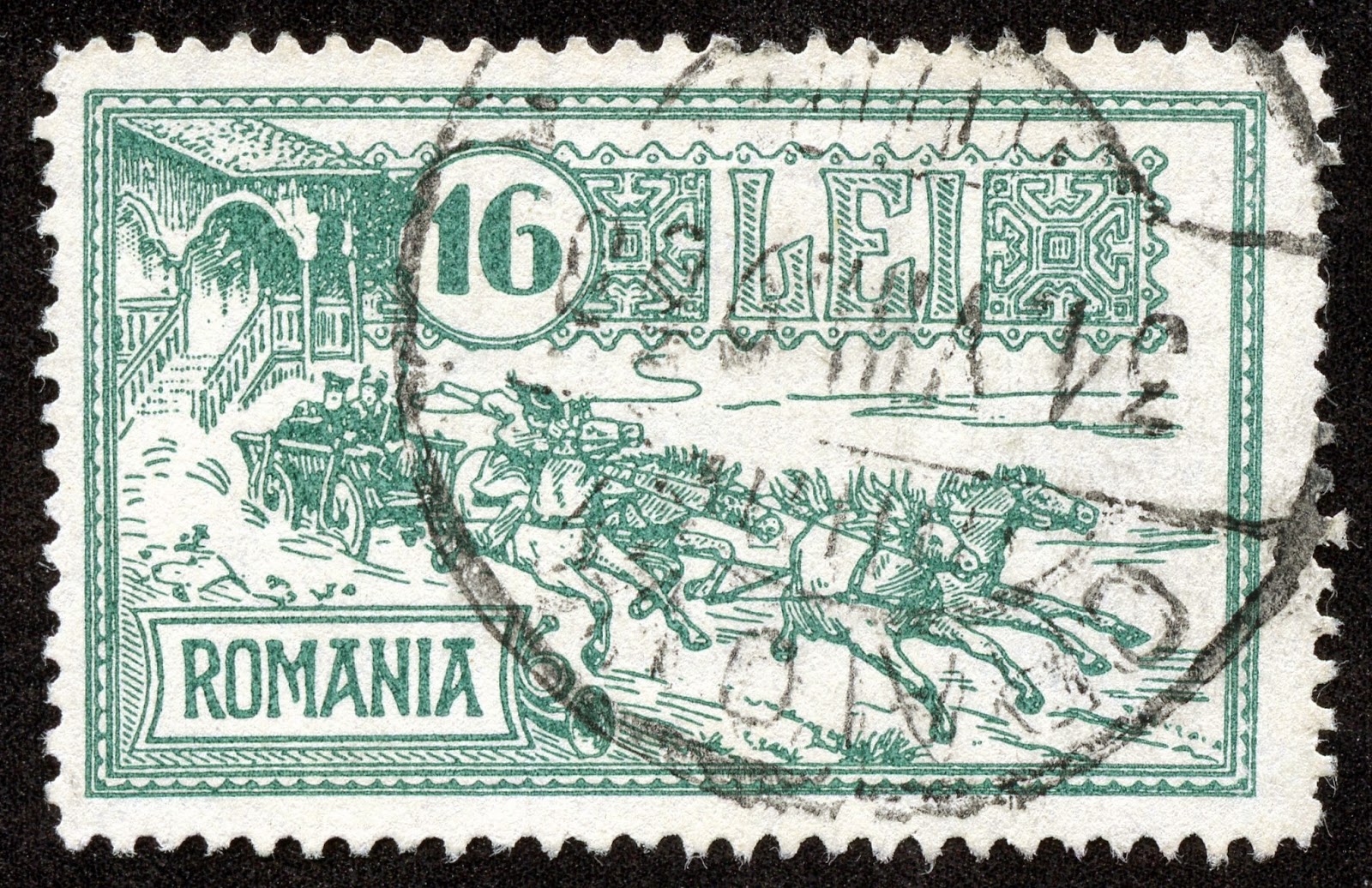 It resembles a bit the description for the much scarcer cruder Romanian origin Type II forgery- " Horse forefoot and wiffletree touch each other, and the hat feathers resemble a "Y" that is firmly attached to the hat". 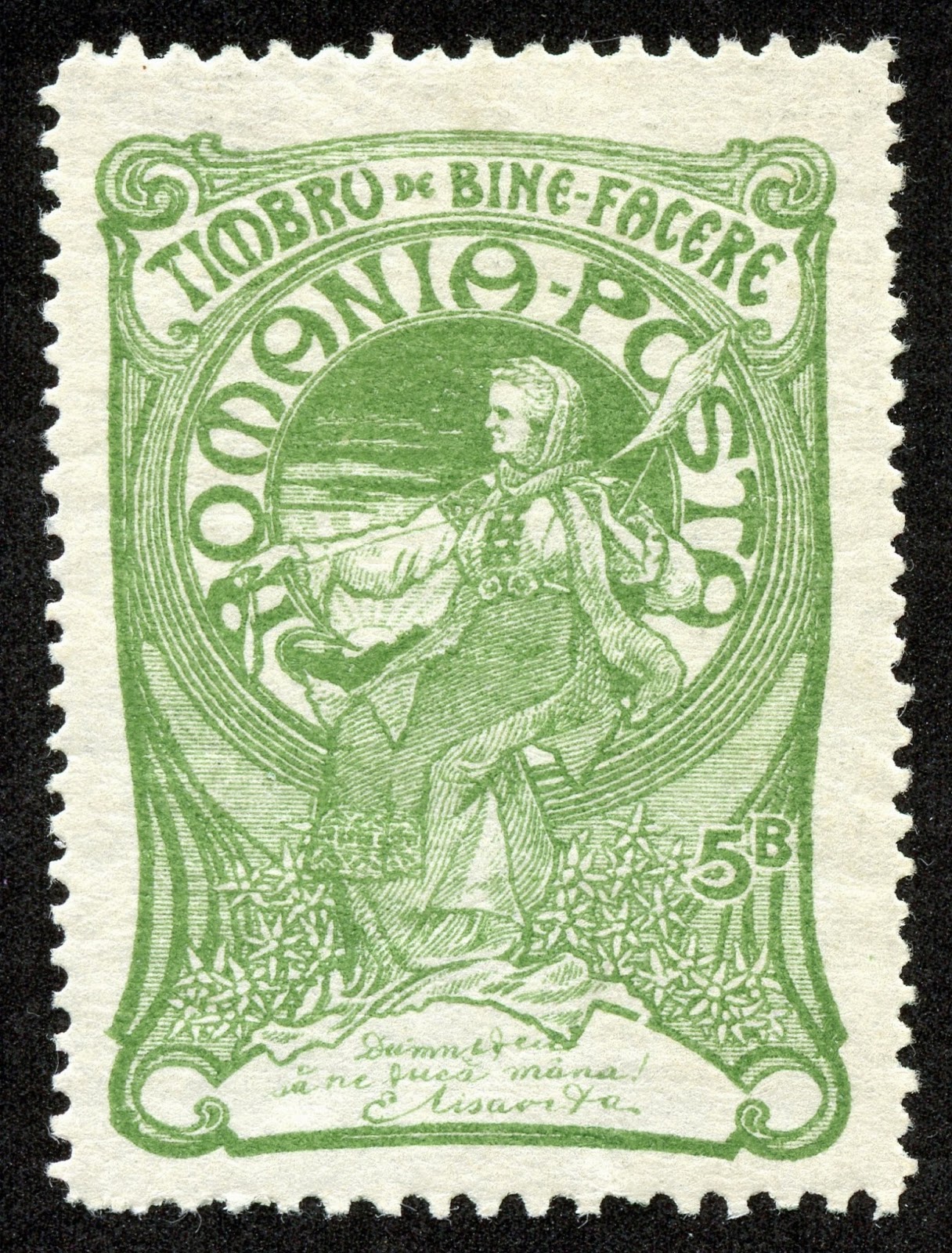 But the forgeries are easily distinguished- let's take a look. 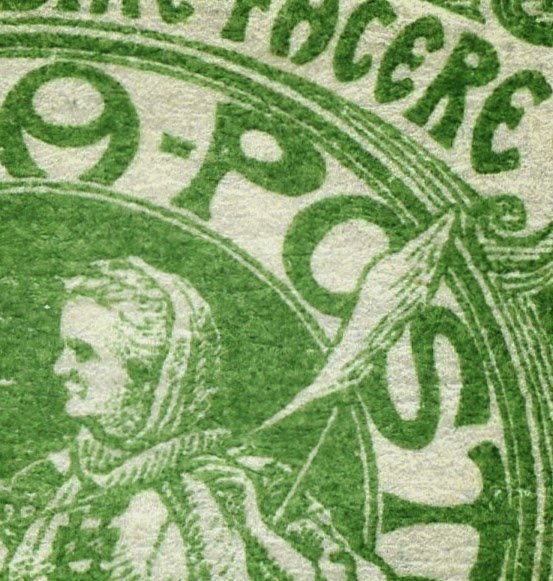 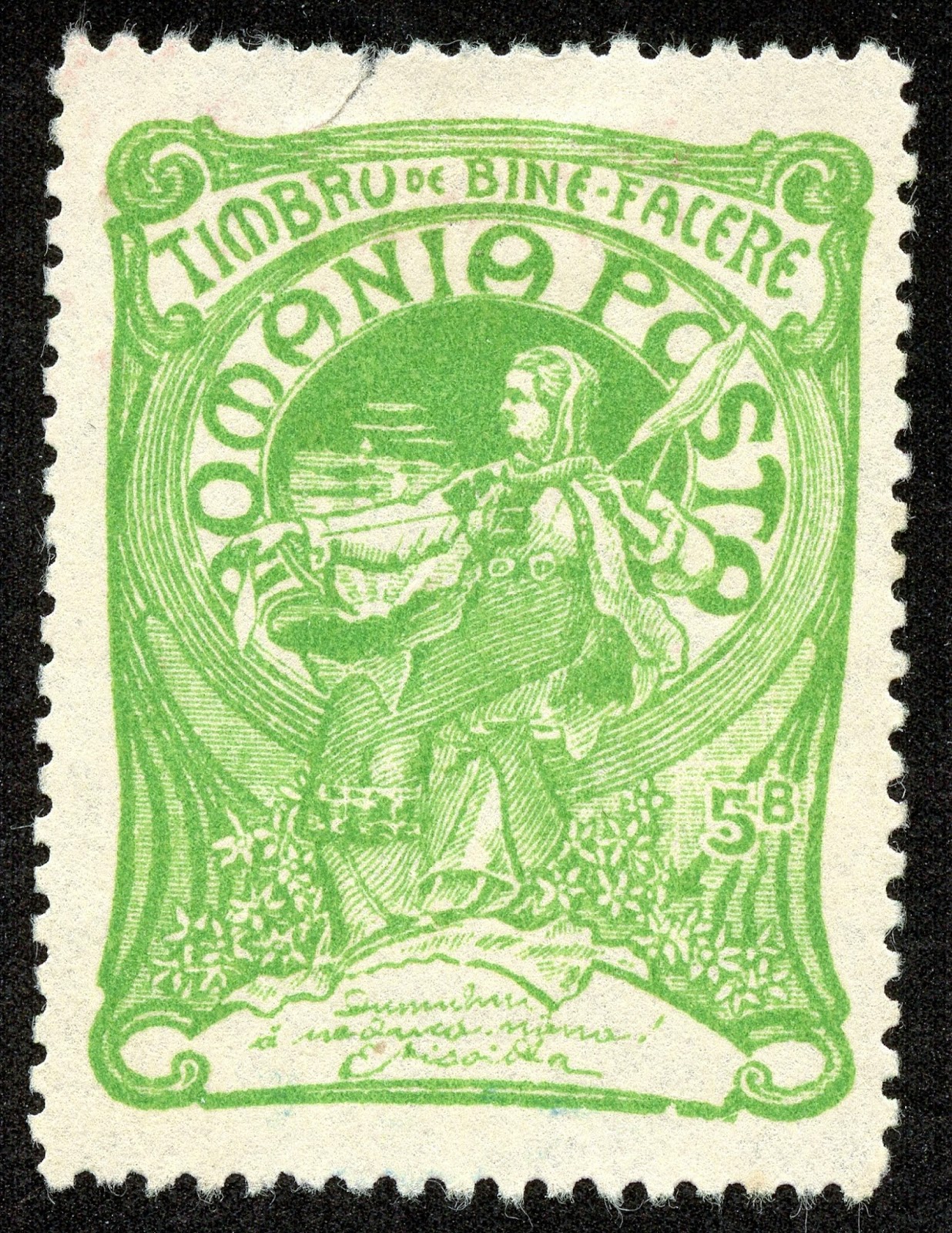 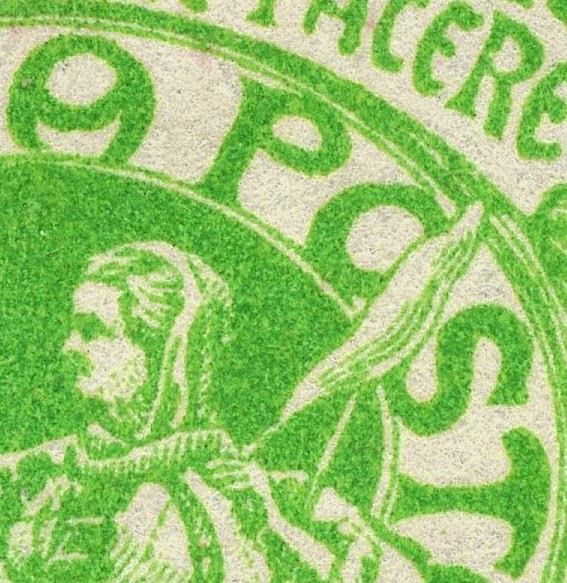 Forgery: No Hyphen between "Romania" and "Posta"
There is no hyphen! And note the top portion of the "R" in the "Facere" script is large, and the top of the "S" and "T" do not touch the border. 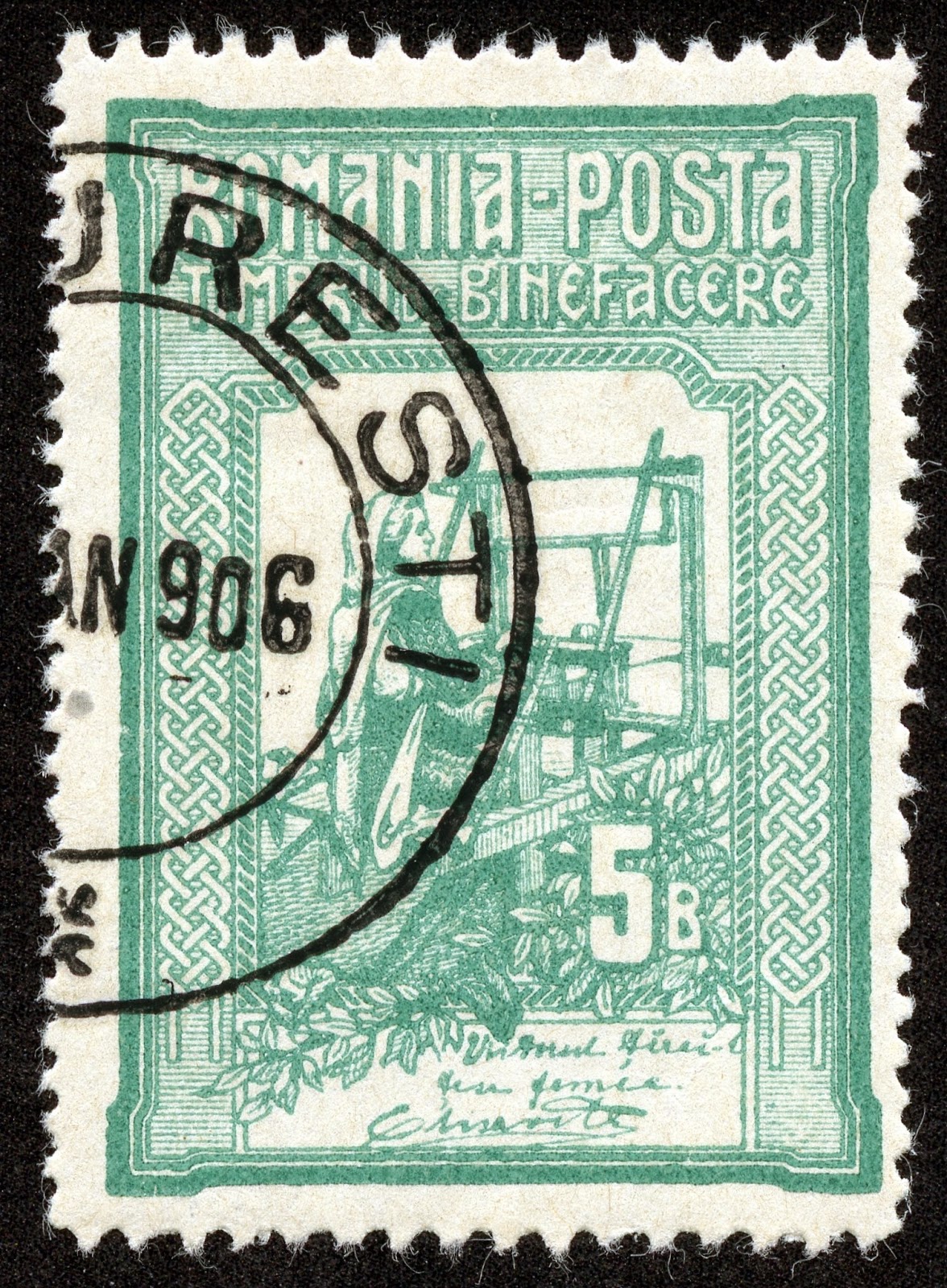 Genuine: 1906 Scott B6 5b (+10b) blue green
"Queen Elizabeth Weaving"
This issue was also forged by the Belgium group. 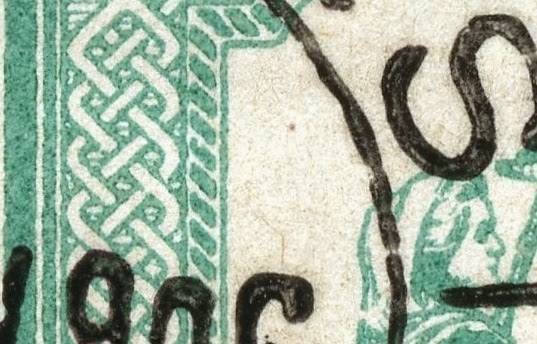 Genuine: Face and Lattice
The latticework is finer and more complete. 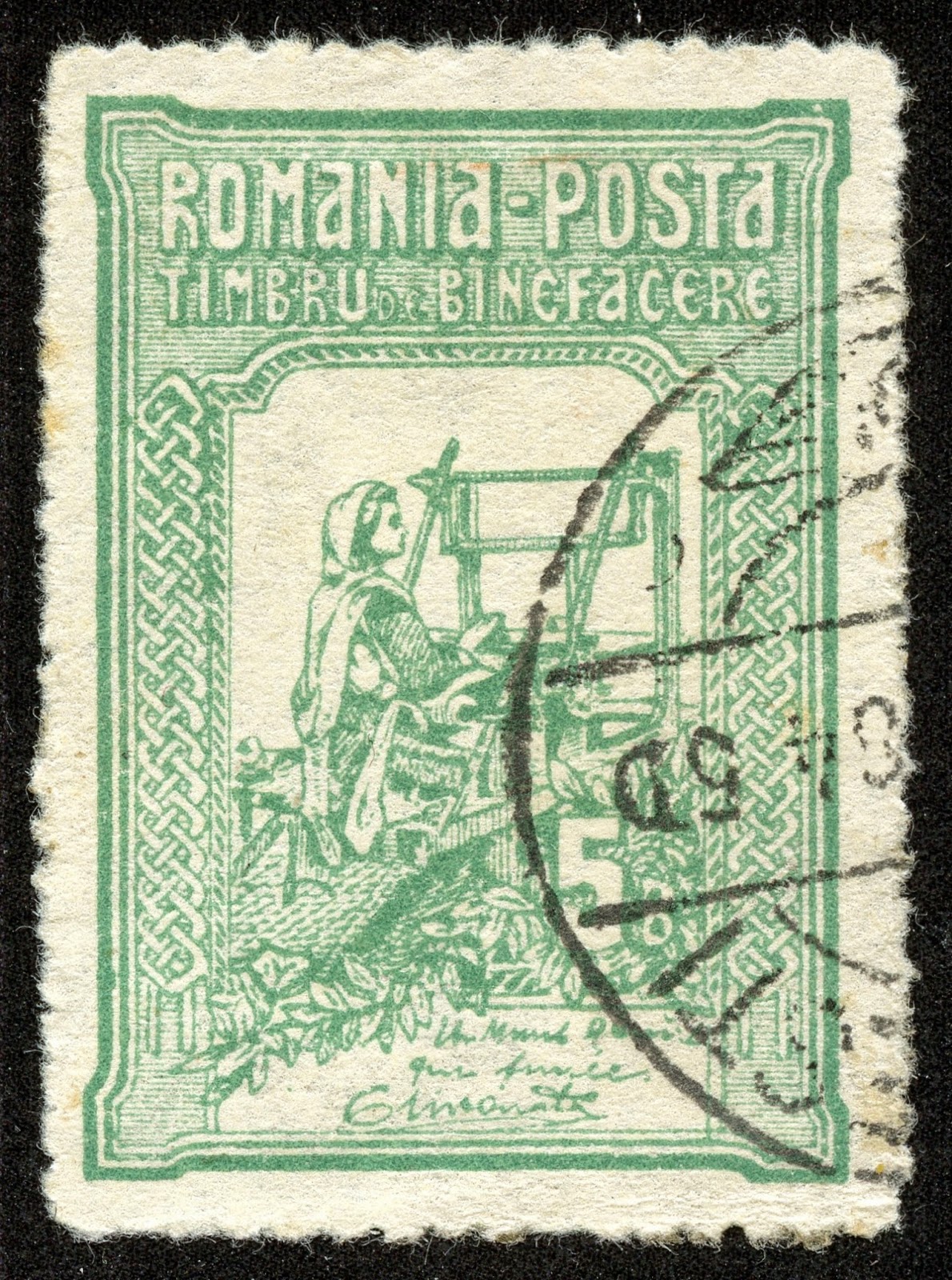 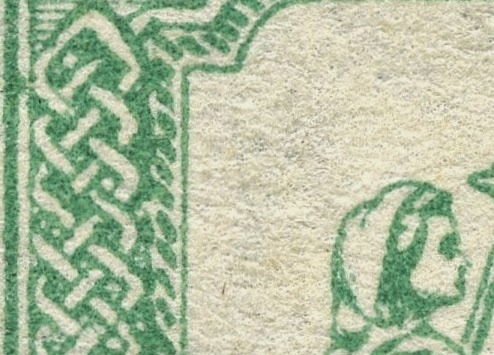 Forgery: Face and Lattice
The latticework is crude, and the face likewise.

Out of the Blue
I must admit I enjoy forgeries- especially the more common ones found distributed through the packet trade.

But it is only enjoyable if one can identify them. ;-)