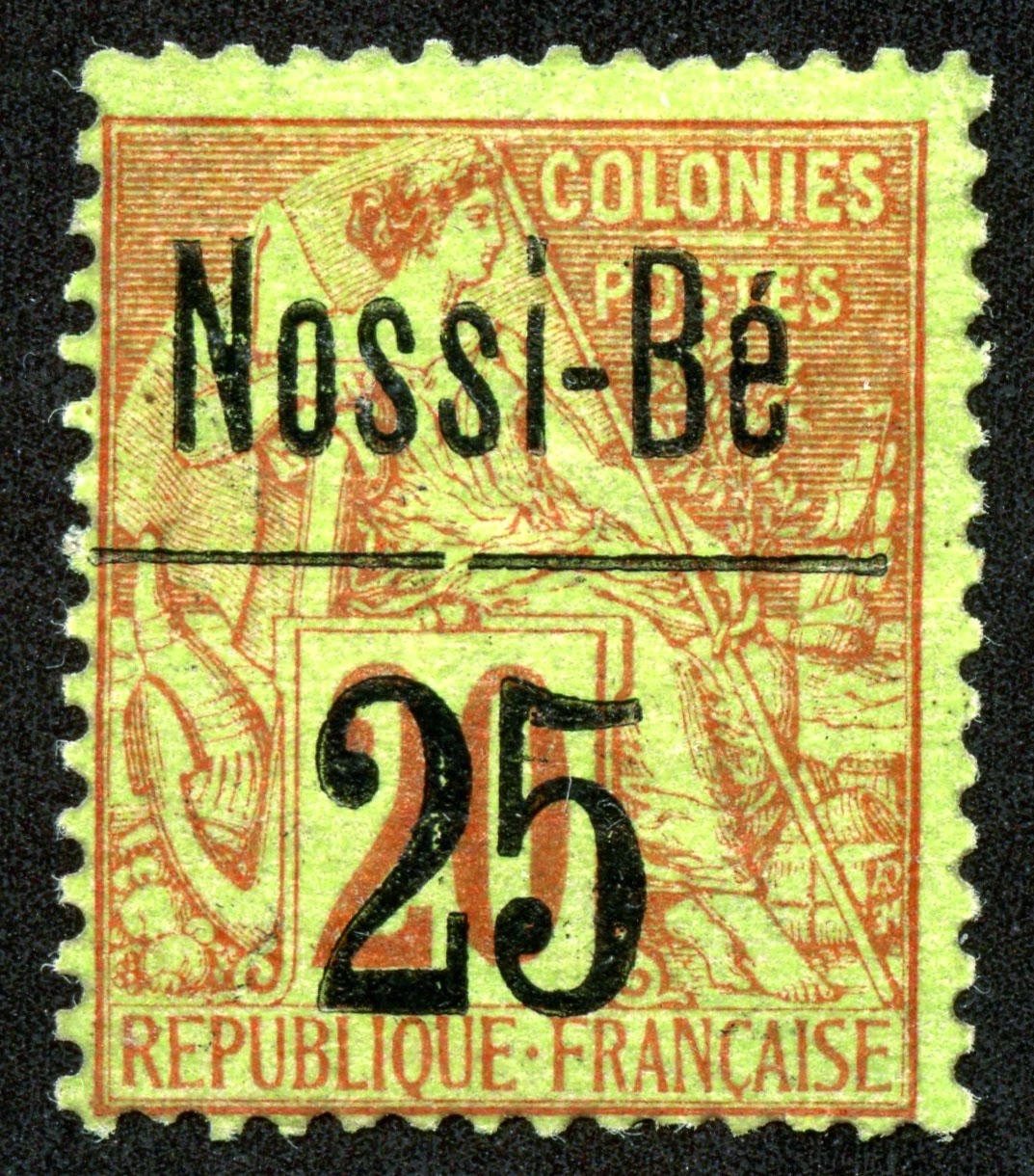 1893 Scott 23 25 on 20c , black surcharge
Quick History
Nossi-Be (Nosy Be, "Big Island" in Malagasy) is an island in the Indian Ocean, five miles off the coast of Madagascar. 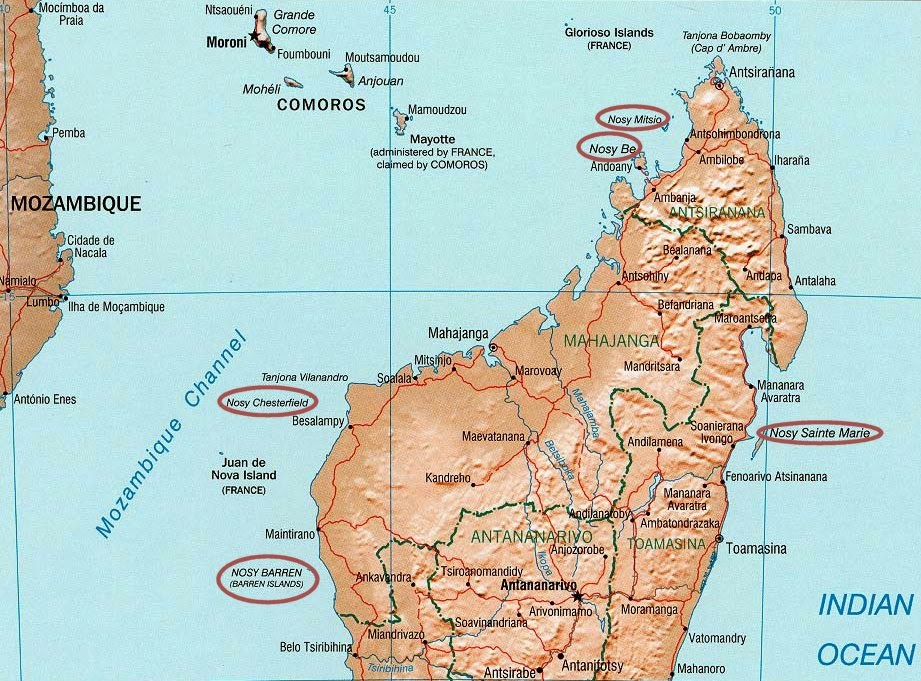 "Nosy Be", off the NW coast of Madagascar
It was a French protectorate, and had surcharged/overprinted French Colony stamps issued between 1889-1893, and "Navigation and Commerce" stamps issued in 1894. 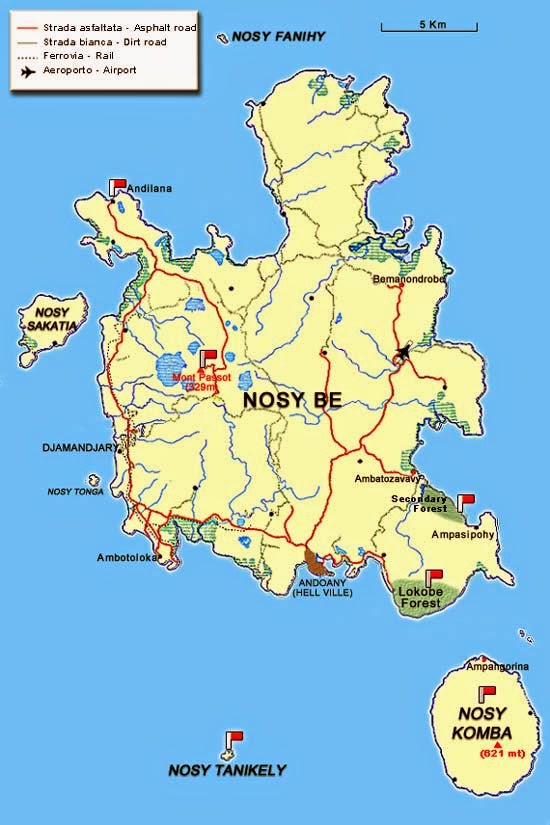 In 1896, the island was put under the administration of Madagascar, and the stamps of Madagascar were hence used.

For more about the historical background, see the Madagascar post. 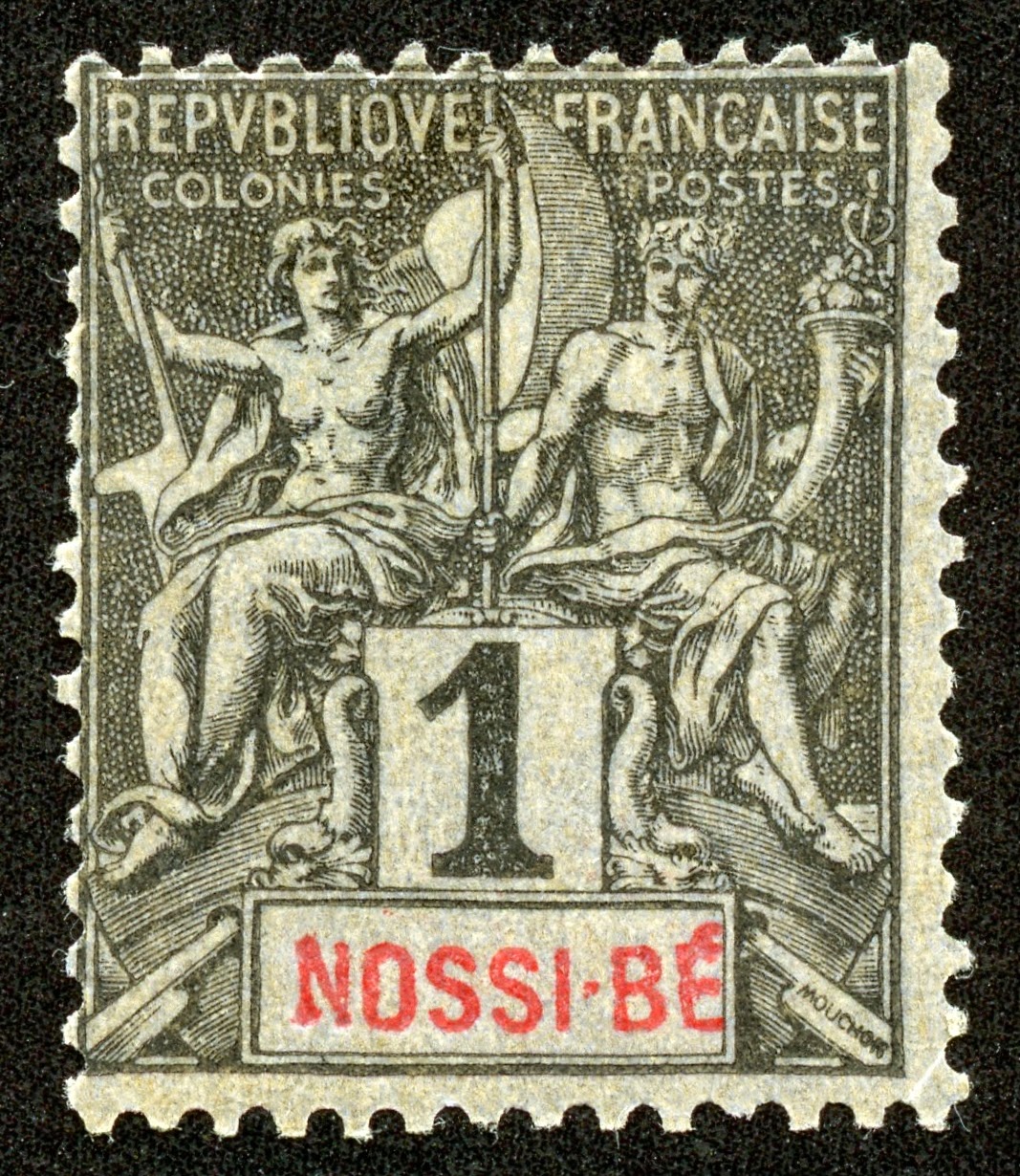 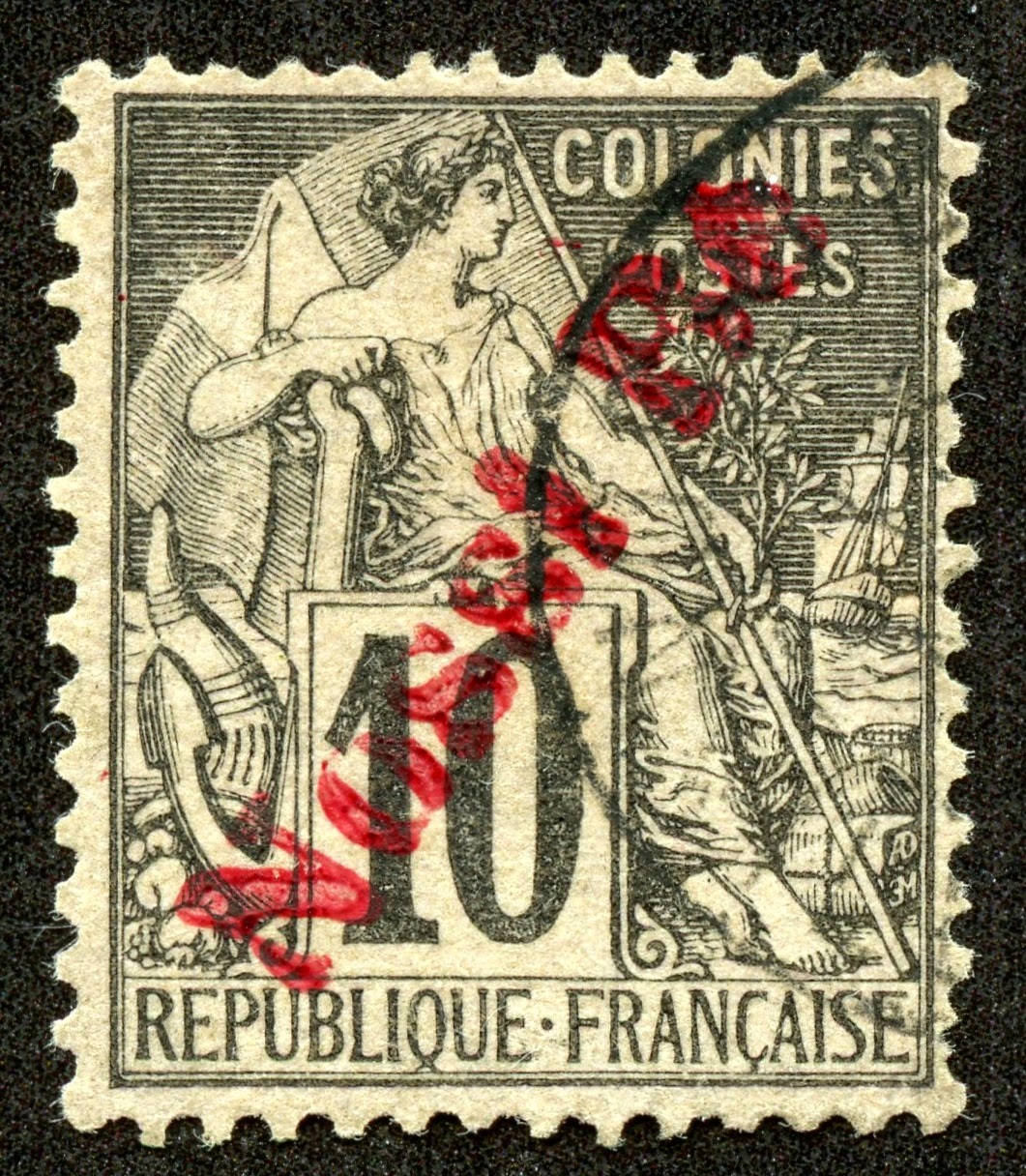 1893 Scott 27 10c, carmine overprint
On stamps of French Colonies
As mentioned, the earlier 1889 and 1890 French Colony surcharged issues ( 18 stamps) are quite expensive, and I don't have any. But I do have some examples of the surcharged/overprinted nine stamp 1893 issue. One is shown at the blog header, and another is illustrated above. Note the carmine overprint. 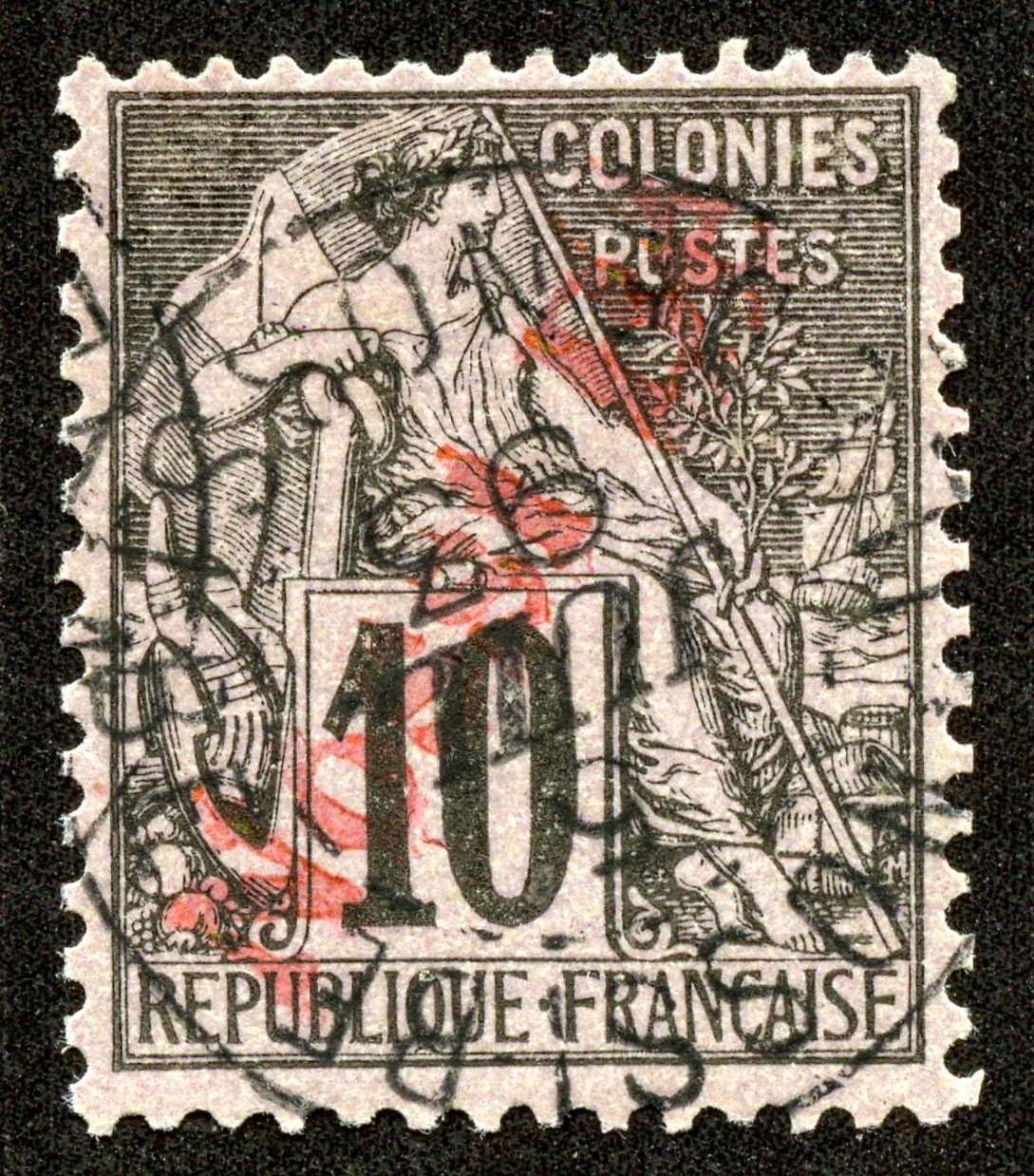 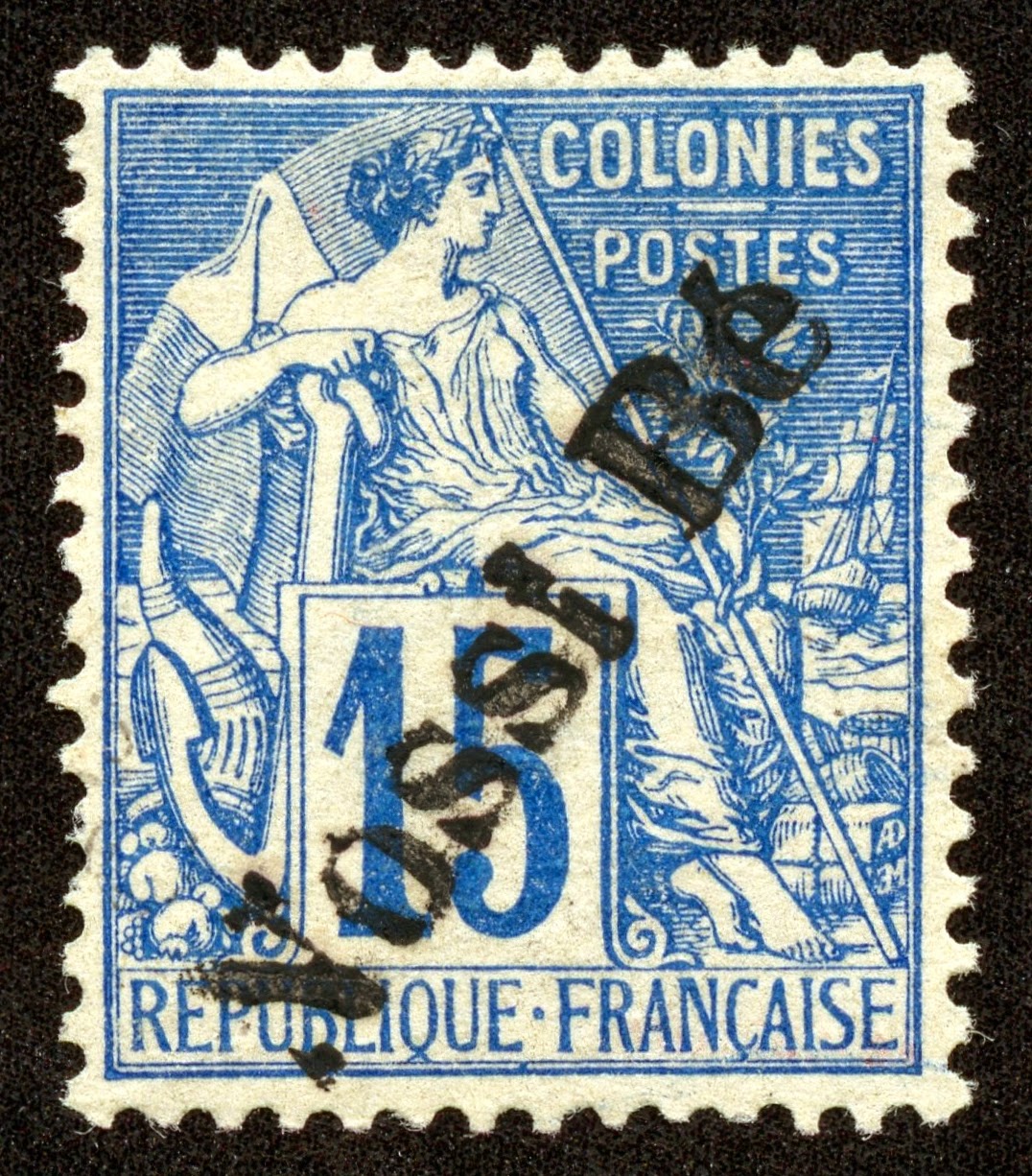 1893 Scott 29 15c, black overprint
The 15c blue with black overprint is shown here. Scott has a note that counterfeit overprint/surcharges exist for the early issues. 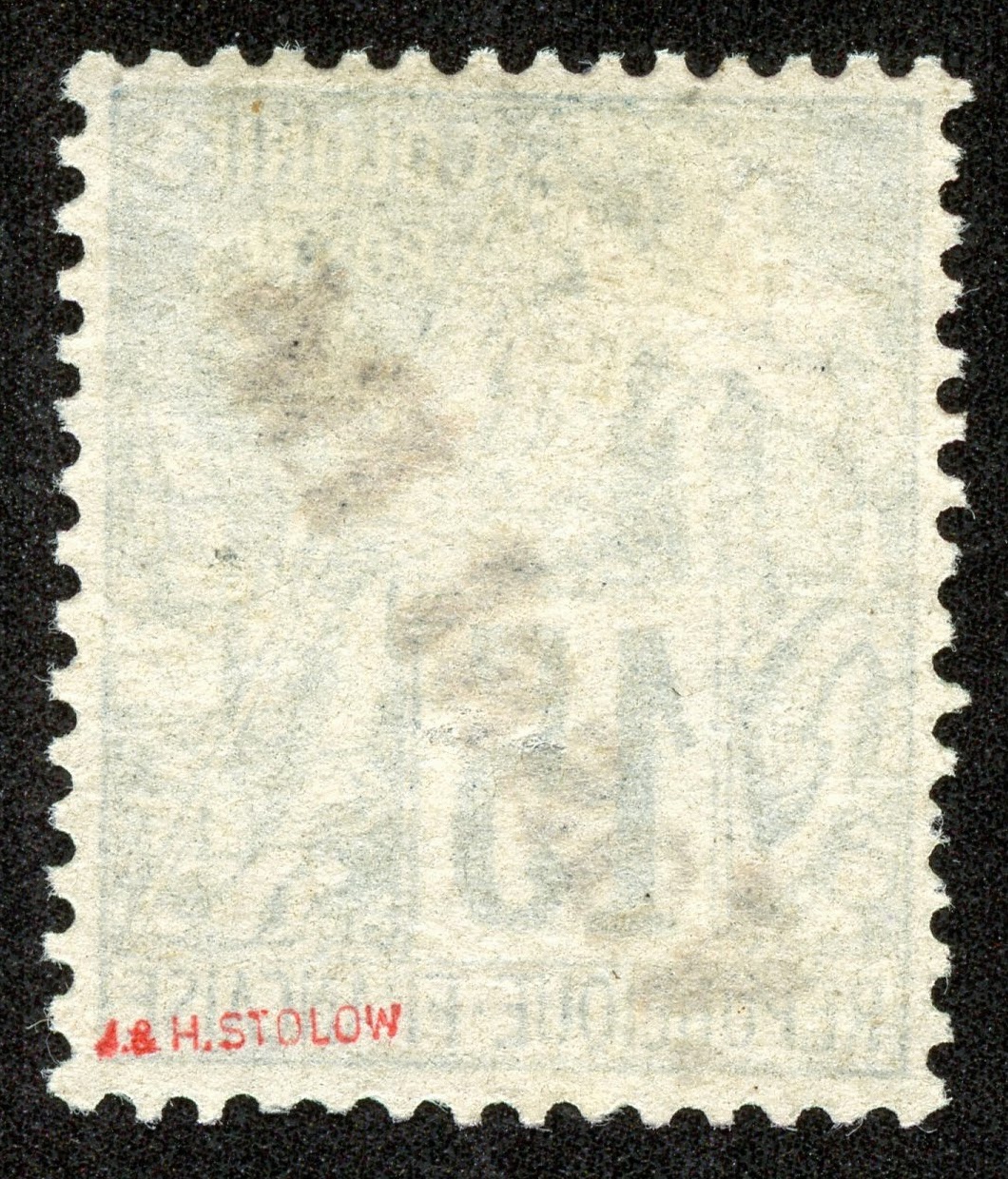 1893 Scott 29 15c, black overprint
Reverse Side
"J&H Stolow" mark
One can find "expert" marks stamped on the reverse of stamps (more common among European dealers/experts), and here is a "J&H Stolow" mark, for Julius & Henry Stolow. They originally were located in Berlin during the 1920s, but then moved to New York from 1930s to the 1970s.

Can one trust the mark? Well, this site yielded a note that the firm was involved in bogus overprinting of WW II stamps. ;-) 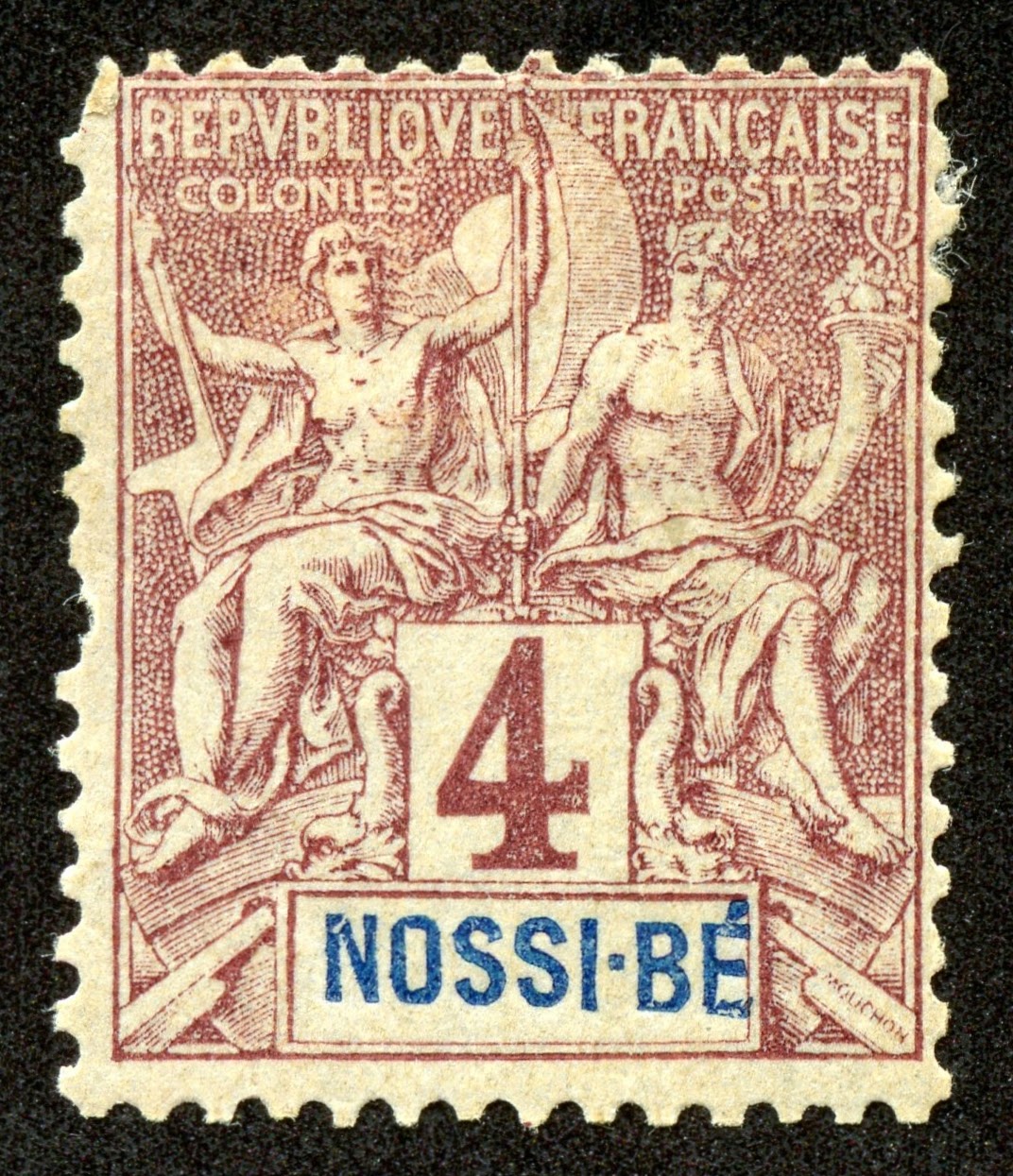 The issue also is the most affordable from Nossi-Be: eleven stamps with CV $1+-$10+. 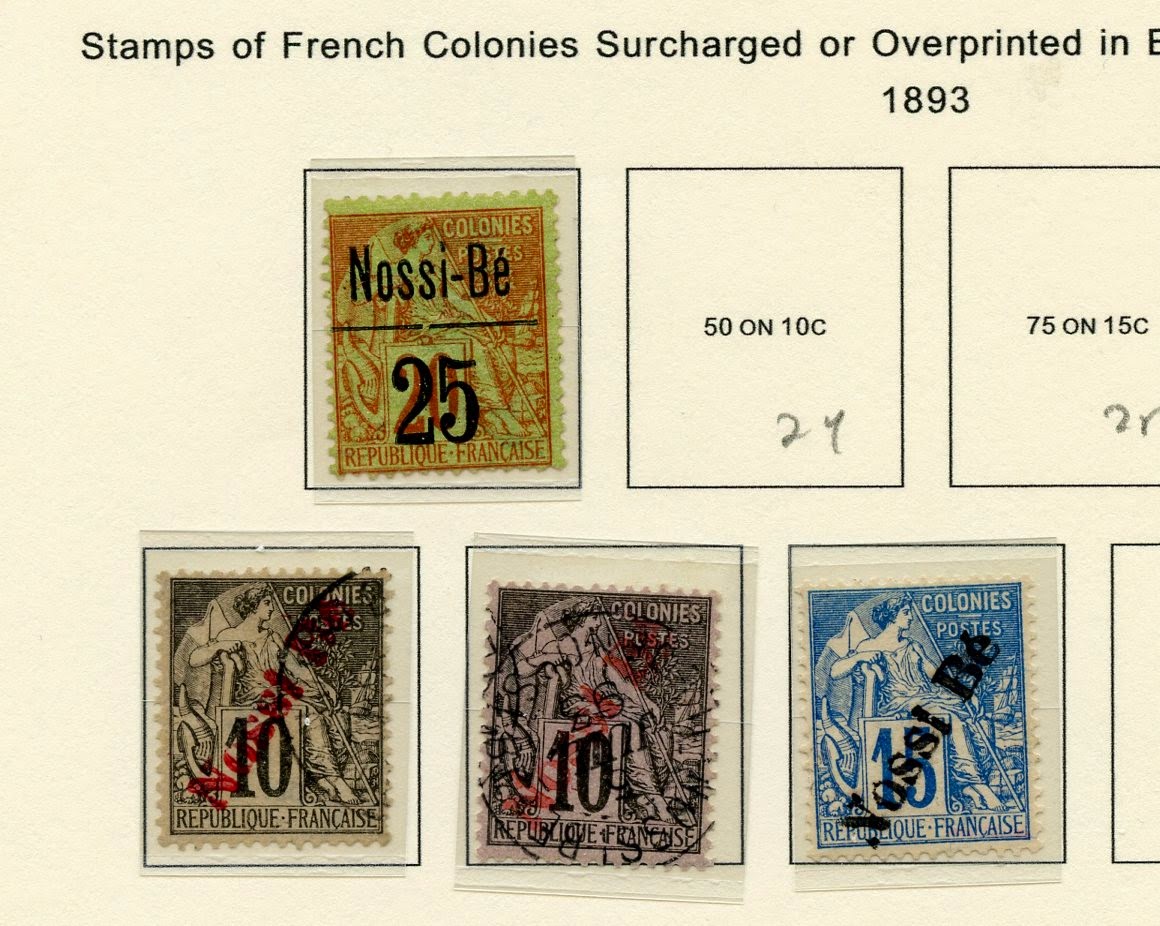 Nossi-Be 1893 issue in Deep Blue
Deep Blue (Steiner) has three pages and includes spaces for all the major Scott numbers.

Nossi-Be is located in BB between "New South Wales" and "Nova Scotia". Actually, in the '69 and '92 editions that I have, the ending of spaces for New South Wales is followed by Nossi-Be and Nova Scotia, all on the same page.

The good news for BB collectors is that none of the overprinted/surcharged- and expensive- French Colony design stamps are included. Only the 1894 "Navigation and Commerce" issue has spaces, and the CV ranges from $1+-$5+. Nice!

Comments
A) Expensive Stamps( $10 threshold): None
B) (  ) around a number indicates a blank space choice 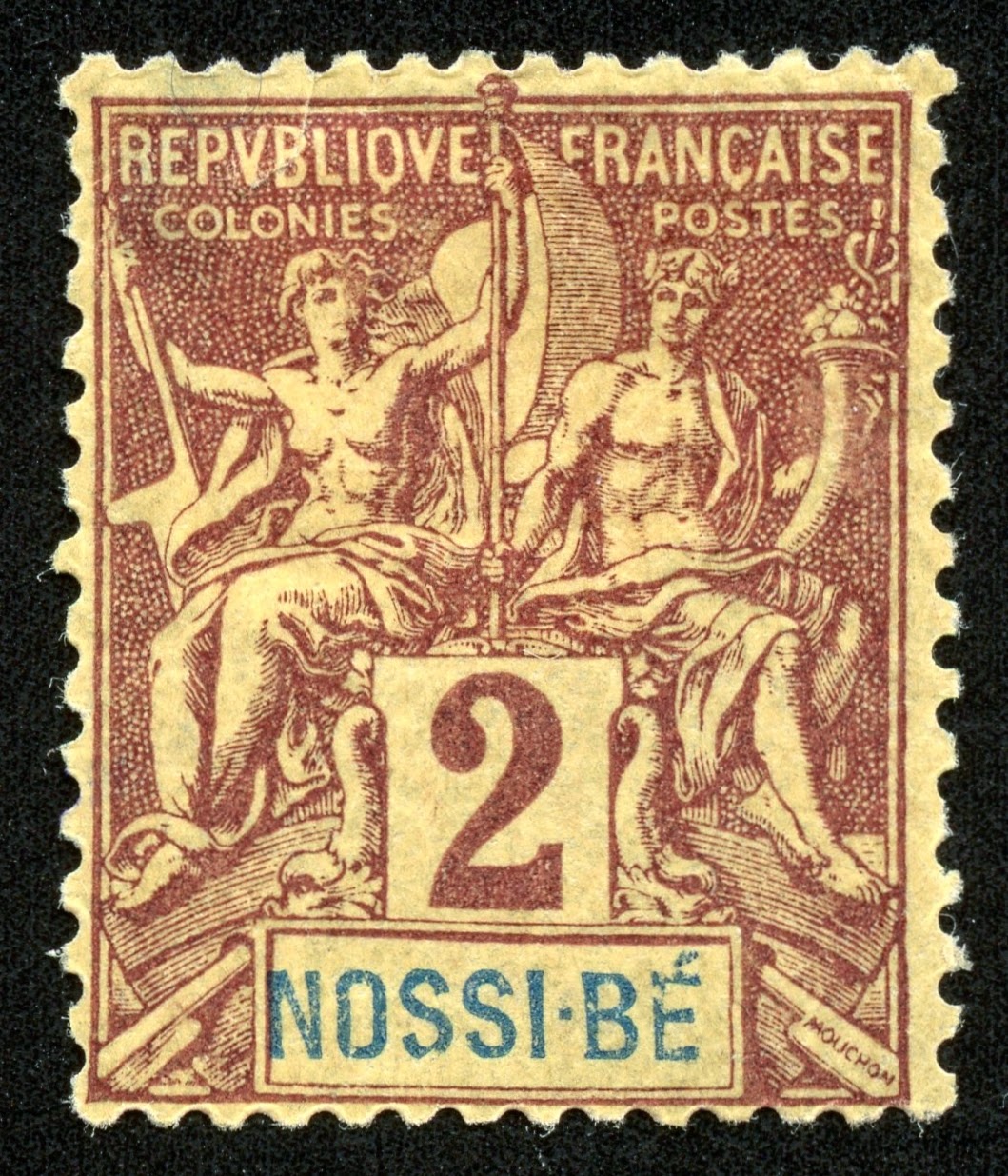 1894 Scott 33 2c brown/buff
Out of the Blue
I must admit that I love the obscure parts of the classical era world: the more obscure, the better. ;-)

Note: The "Hell-ville" pic, and maps appear to be in the public domain. 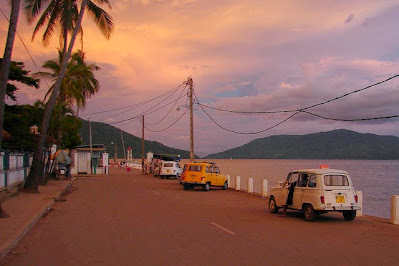