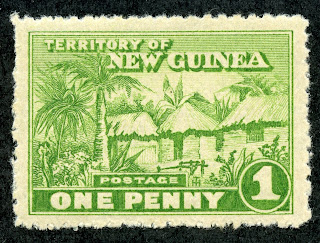 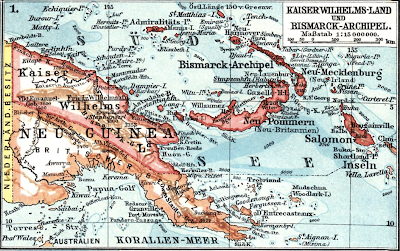 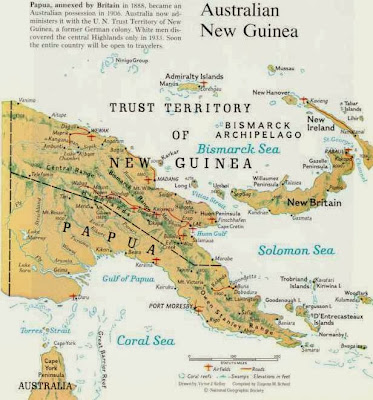 Trust Territory of New Guinea
The Capital of the mandated territory continued to be Rabaul on the north end of "New Britain" island. The population was 675,000 in 1940. 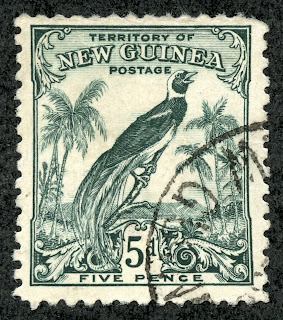 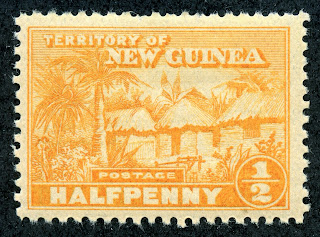 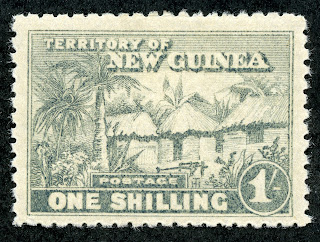 1925 Scott 9 1sh gray green
Since the territory was mandated to Australia, one has a refreshing local pictorial, rather than commonwealth royalty. 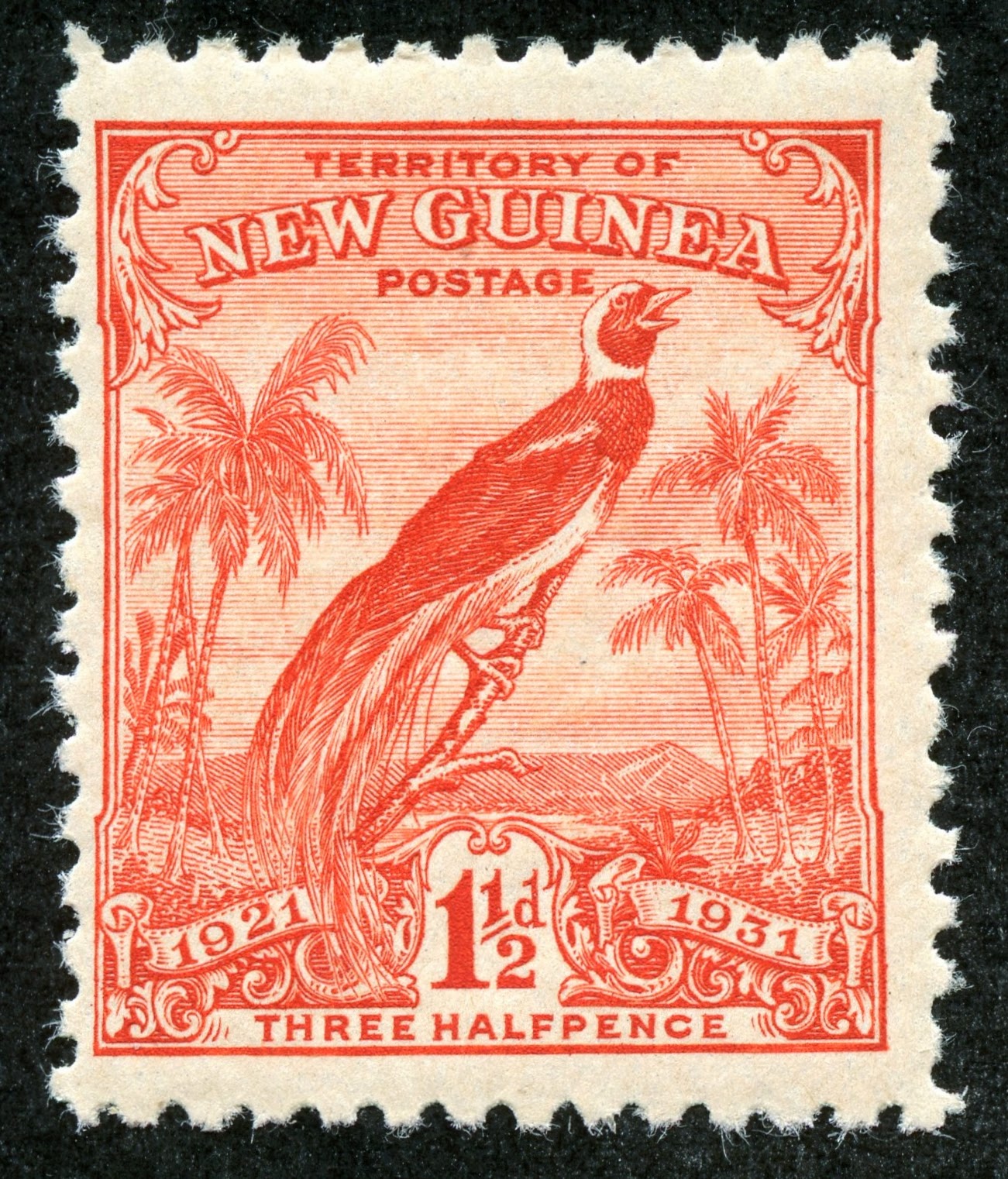 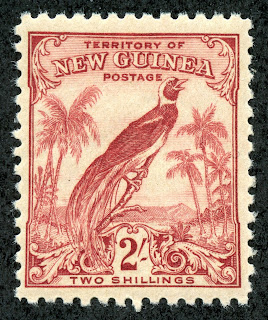 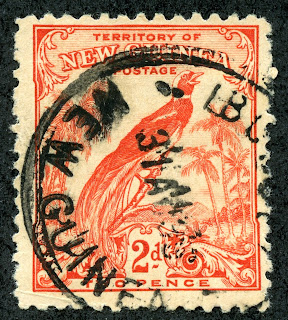 1932 Scott 33 2p red "Bird of Paradise"
Considering the relative rarity of nicely postmarked specimens vs unused, how does one explain the CV 25c valuation of this stamp? ;-) 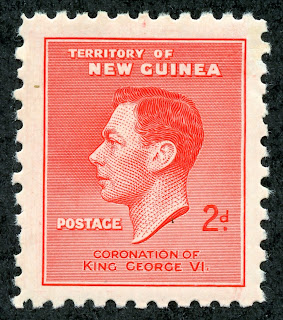 1937 Scott 38 2p salmon rose
"King George VI"
Looking much like the 1936 Great Britain "Edward VIII" stamps, ( I wonder if they just substituted the visage?), this issue of four stamps of 1937 celebrated the Coronation of George VI. 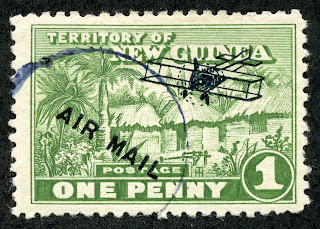 Air Post 1931 Scott C2 1p yellow green
Regular issues of 1925-28 overprinted
Actually, there are more air post stamps are in the catalogue than there are regular stamps. I suspect much mail was between the territory and the outside world, rather than within the territory. 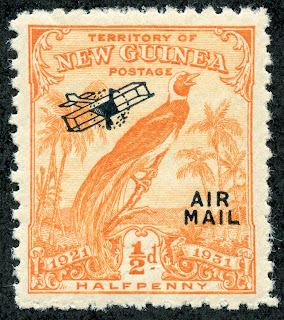 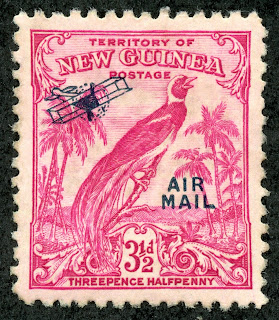 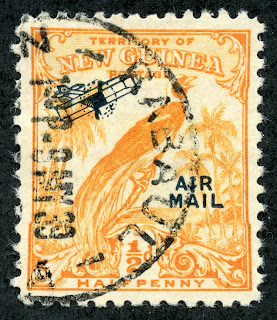 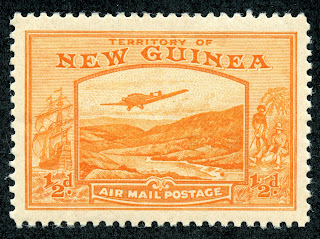 1939 Scott C46 1/2p orange
"Plane over Bulolo Goldfield"
The "Bulolo Goldfield" was an important gold dredging field by the Bulolo River. And yes, there is an air strip there.

The 1939 fourteen stamp issue has this scene. ( CV $3+-$4+ for four stamps.)
Update Note: The pound values of the Bulolo goldfields airs have been forged. See Alan's note in the comments section. 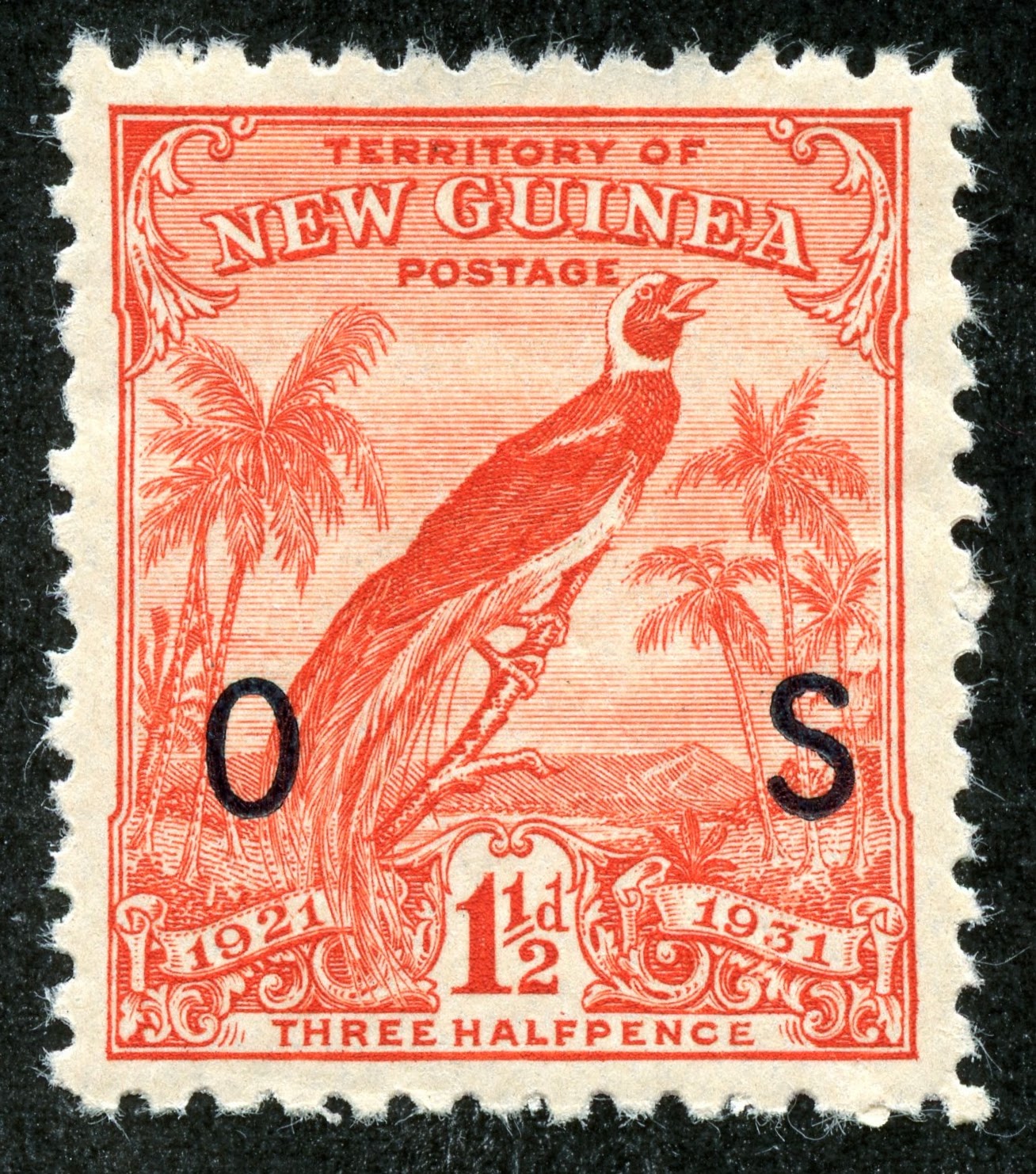 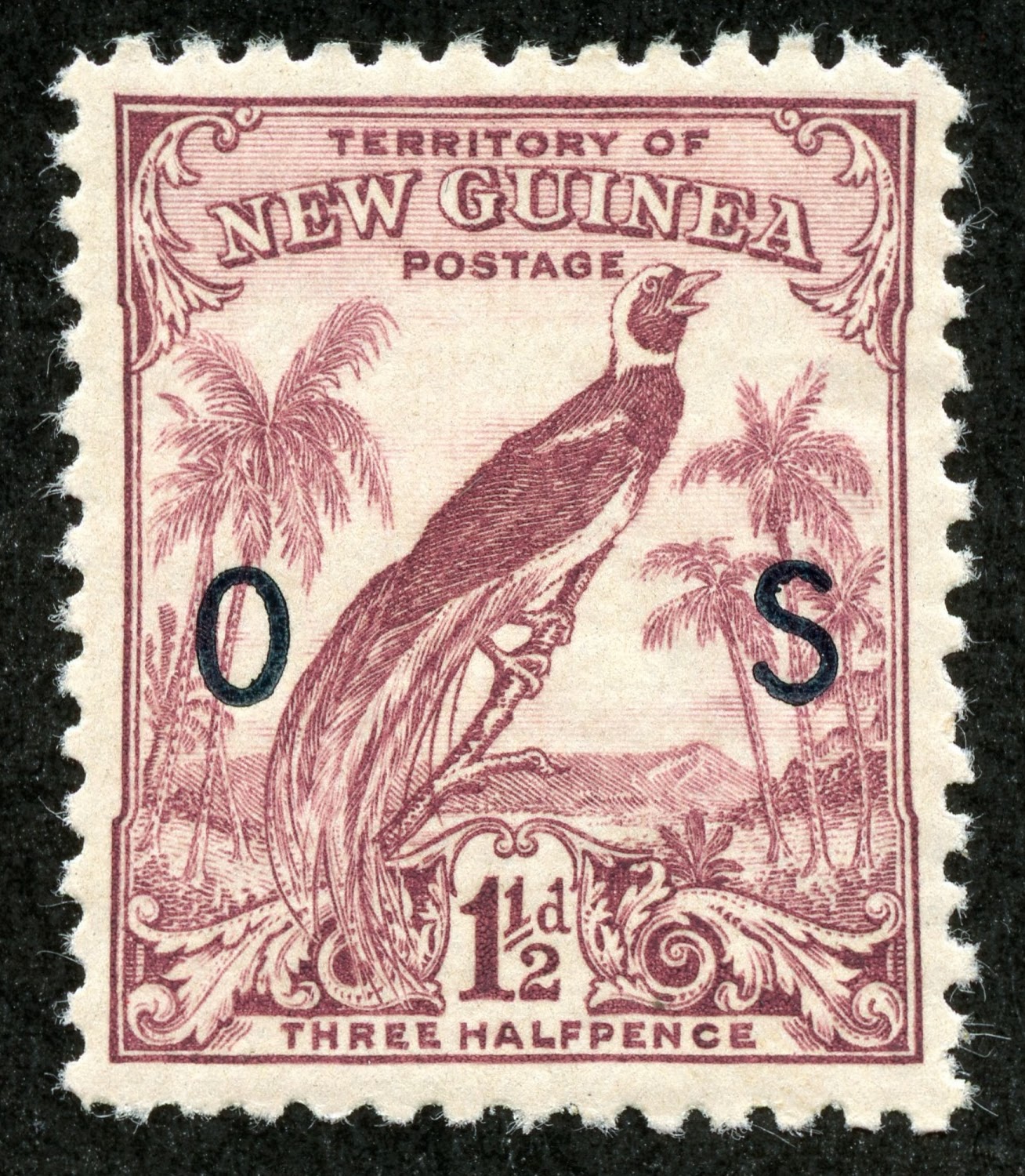 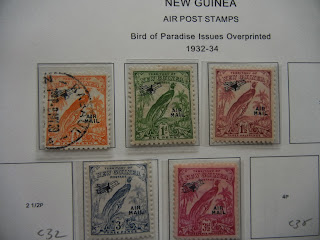 1932-34 Air Post Issue in Deep Blue
The Deep Blue (Steiner) has ten pages for New Guinea, and includes spaces for all the major numbers. 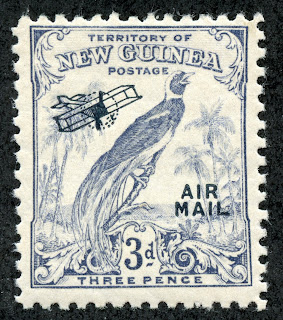 Although New Guinea stamps are a bit expensive, BB only has six stamps @ CV $10+ in the album. 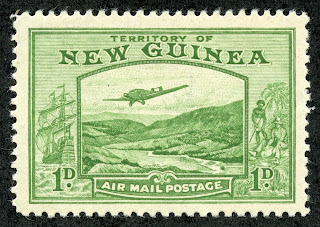 1939 Scott C47 1p green
"Plane over Bulolo Goldfield"
Out of the Blue
Obscure territorial changes after wars- and their subsequent stamp production- is one of the delightful surprises awaiting WW classical collectors.