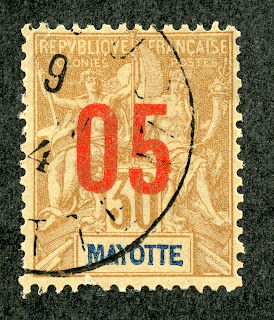 1912 Scott 27 5c on 30c brown/bister
Quick History
Mayotte, consisting of the islands Grande-Terre (24 miles by 14 miles) and Petite-Terre ( 4 square miles), is located between Madagascar and Mozambique in the Mozambique Channel of the Indian Ocean. It is geographically part of the Comoro Islands. It was a French colony, along with  Moheli, Grand Comoro, and Anjouan. 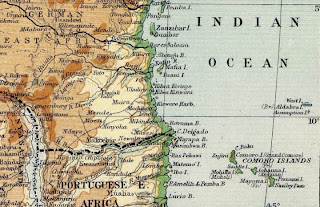 The Comoro Islands and Mayotte in the Indian Ocean
The Capital was Dzaoudzi (until 1977) on the island of Petite-Terre, and the population was 13,000 in 1914.

On March 25, 1841, France bought the island of Maore (The French called it "Mayotte") from the Sultans, and it became a French colony. 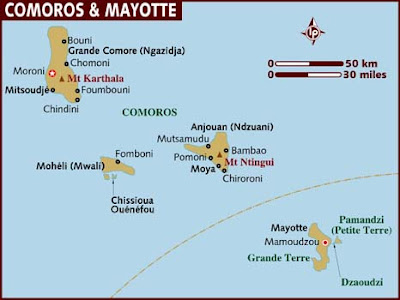 Mayotte and the Comoros
Stamps were issued for the colony beginning in  1892.

Surcharged stamps for Mayotte were issued in 1912, but they could also be used in Madagascar and the Comoro archipelago.

On July 25, 1912, the colony was annexed to Madagascar, and stamp production for Mayotte specifically ceased.

After WW II, the Comoro Islands became a French overseas territory, and the Comoros were administered separately from Madagascar.

In 1974, after referendum independence votes by the various islands, the Comorian Government controlled Grand Comore, Anjouan, and Moheli, but Mayotte continued under French administration.

Today, Mayotte, alone of the islands in the Comoros, has remained an overseas department of France. 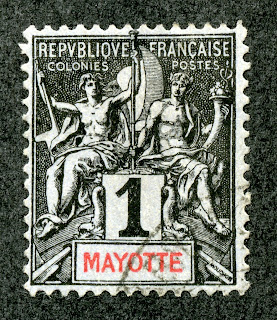 1892 Scott 1 1c black/blue
"Navigation and Commerce"
Into the Deep Blue
The 2011 Scott Classic Specialized catalogue has, for Mayotte, 31 major stamp descriptions for the issue years 1892-1912. 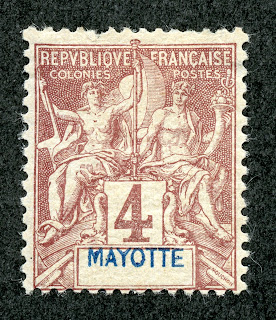 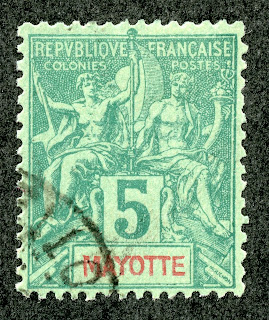 1892 Scott 4 5c green/greenish
Although unused in the catalogue are always a bit more expensive, one would think that a nice used specimen for this obscure colony might be rarer. ;-) But demand for unused specimens trumps the used supply. 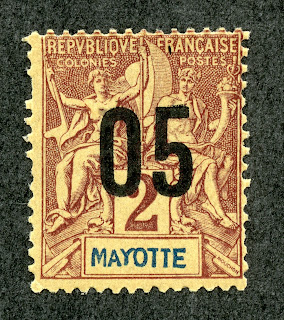 1912 Scott 22 5c on 2c brown/buff
The 1912 surcharged set, some 11 stamps, should also be familiar to French colony collectors. Recall, that the surcharge comes in two spacing varieties, with minor numbers given by Scott for the wider spacing. 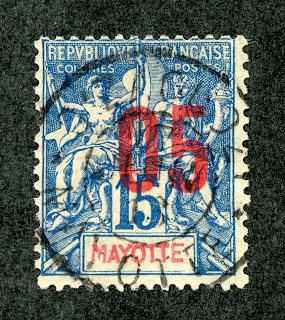 1912 Scott 24 5c on 15c blue, carmine surcharge
This SON specimen, has, I believe, the capital postmark (Dzaoudzi), but in a variant spelling. I also have an unused specimen, but find this example more interesting. ;-) 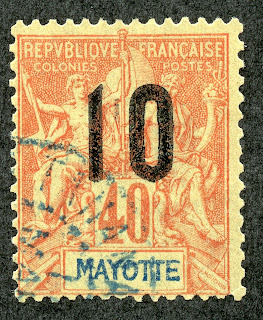 1912 Scott 28 10c on 40c red/straw
The surcharged stamps either have blue or carmine colors for the name of the colony, and either black or carmine for the color of the surcharges. 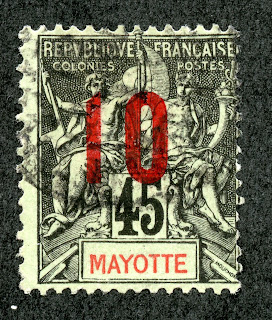 Of interest, my eyes can clearly pick up the gray green tint of the paper on the stamp, but the scan does not show it well. 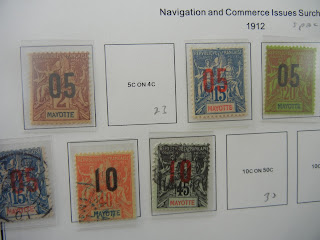 The 1912 issue in Deep Blue
My Deep Blue album (Steiner) has one page for all the major Scott number stamps. Steiner does not include spaces for the minor number wider spaced surcharged stamps, so a quadrilled page would need to be added if a minor specimen is found. 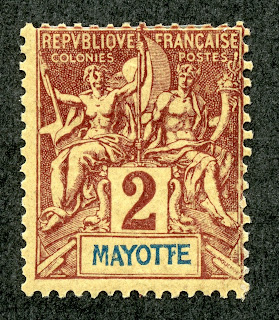 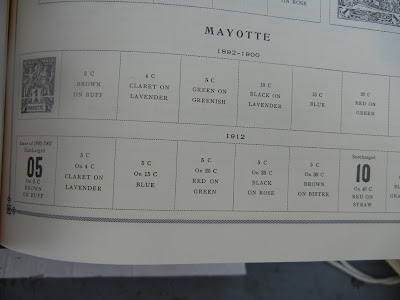 Mayotte in Big Blue
Coverage is a generous 52%. Mayotte is located in the '69 after Macao on the same page as the Marshall Islands and the Marianas Islands.

Comments
A) Expensive stamps ($10 threshold):
None (although three are CV $9+)
B) (    ) around a number indicates a blank space choice 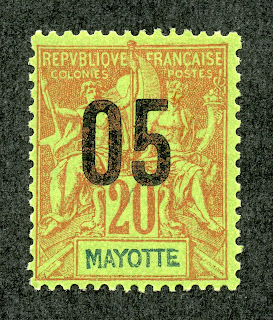 1912 Scott 25 5c on 20c red/green
Out of the Blue
I wonder how many non classical stamp collectors, besides a few Francophiles, even know that Mayotte exists? ;-) 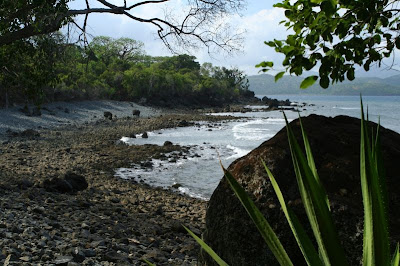