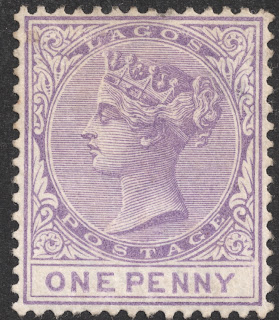 1876 Scott 7 1p lilac"Victoria"
Wmk 1, Perforation 14
Quick History
Lagos Colony was located on the West African coast adjacent to Southern Nigeria. The port was seized in 1861 by the British for trade (Palm oil) and security reasons, and became a British possession. The Port and Lagoon territory was first administered by the Governor of Sierra Leone. Then, in 1874, it was administered from the Gold Coast colony. Administrative control was assumed by the  Protectorate of Lagos in 1886, and a charter was given to the Royal Niger Company. 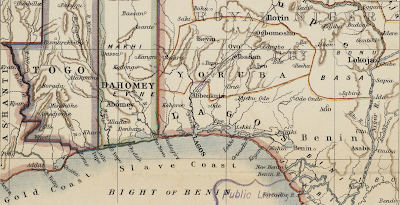 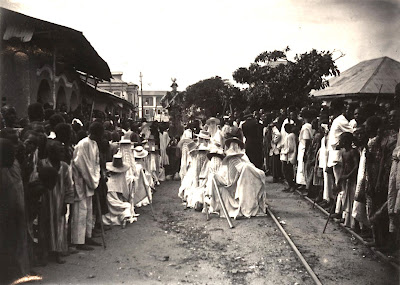 Lagos Funeral procession in 1912
Stamps were initiated for Lagos in 1874, and continued through 1905. In 1906, Lagos was united with  Southern Nigeria, and stamp production ceased. 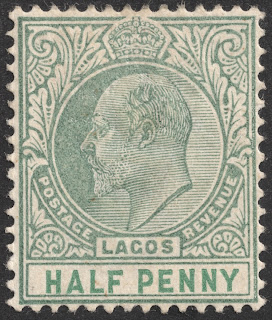 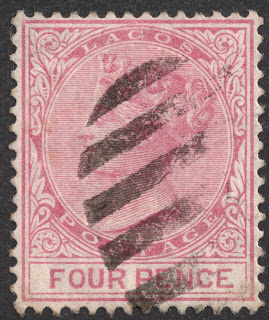 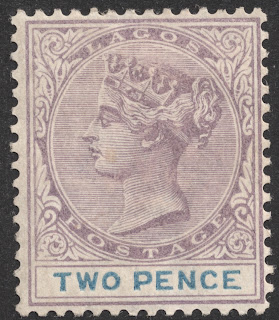 Be aware there are forgeries of the Lagos "Victoria" stamps- some with a grease "Crown and C A" watermark. I don't have any, but Varro Tyler ("Focus on Forgeries") illustrates the forgeries with a much thicker straight and flat (no serifs) letter "S" in "Postage". 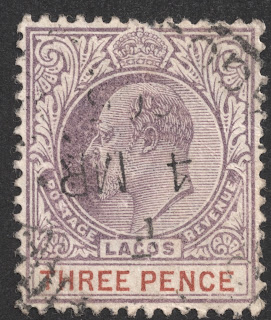 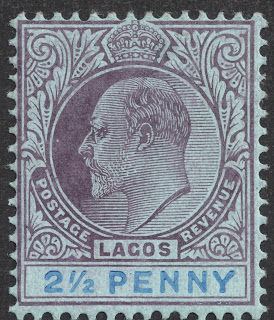 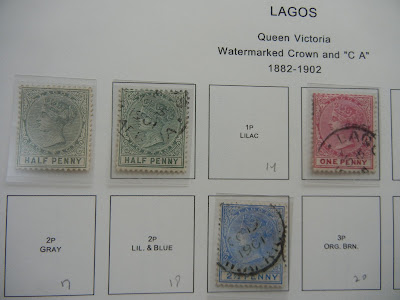 1892-1902 Queen Victoria issue in Deep Blue
Deep Blue (Steiner) has three pages for the stamps of Lagos, and includes spaces for all the Scott major numbers. The Steiner does not, though, provide spaces for the 10 minor number chalky varieties of the Edward VII 1904-05 issue. Some of them have a cheaper CV than the ordinary paper varieties. I created a separate page for these stamps. 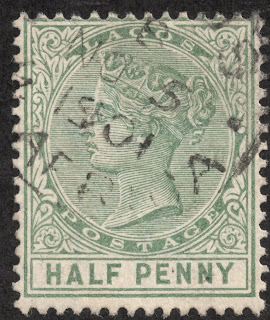 Observations
• BB provides a nice representation for Lagos.
• Despite some close calls, and the judicious selection of blank spaces, no stamps need to cross the CV $10 threshold.
• BB has the usual dilemma of one space for multiple choices. I elaborate under the "comments" section. 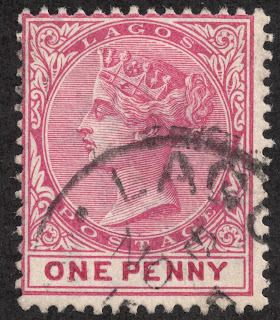 1882-1902 Scott 15 1p carmine rose "Victoria"
Out of the Blue
After Labuan, the stamps of Lagos are very ordinary. It does not mean Lagos itself is ordinary. In fact, to me, the cancelled stamps are tangible representations of a historical colonial world.

Note: Map and pic appear to be in the common domain 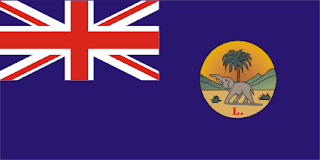 Lagos Colony Flag
Posted by Jim at 9:22 AM