Serbia's Death Mask Stamps, a Tale for the Eve of All Hallows 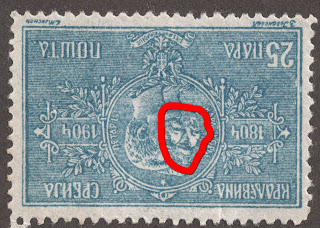 King Alexander's Death Mask: A Murder Most Foul
An Eve of All Hallows Tale

On this Eve of All Hallows, gather around boys and girls, and let me tell you a tale....

On this certain dark night of June 10, 1903 of the Gregorian calendar, King Alexander I and Queen Draga of Serbia were ruthlessly assassinated by a group of Army Officers. 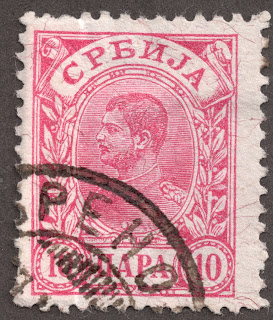 Opening the gates at 2:00 AM, they searched the palace where they discovered the royal couple hiding inside a wardrobe cupboard. They shot them in the early morning hours of June 11,1903, then threw their bodies out the second story window of the palace.

The king was 26 years old, and this was the end of the House of Obrenovic, which had ruled Serbia for 50 years.


After the deed was done, the stamp issue about to be released was overprinted with the Arms of Serbia on the ill fated Head of King Alexander. 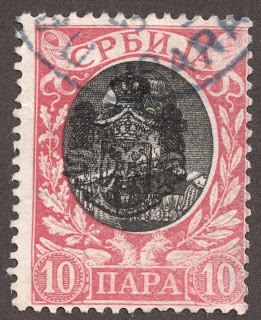 Now you ask boys and girls why this conspiracy was carried out?


Stamps were issued with the image of Karageorge 1752-1817  (The founder of modern Serbia), and King Peter I. 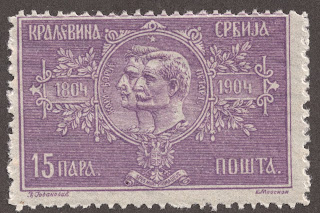 They celebrated wildly the coronation of King Peter, and the Centenary of the House of Karageorgevich.


But would there be a cry from beyond?

Would the deed most foul go unpunished? 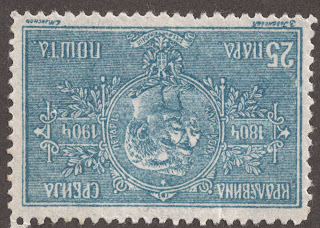 Wait!... an image-.. if the stamps are turned on their head. Look attentively without focusing on details, boys and girls, at the two noses, the chin, and the hair on the right side of the upside-down double portrait.

Do you see what I see?


Perhaps you need to have it marked?

You want a closer look? 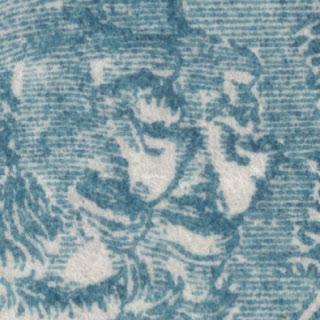 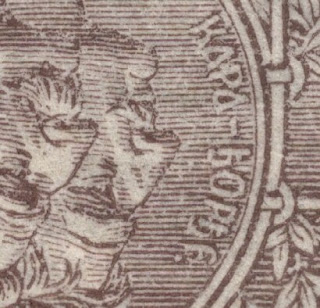 The very likeness of King Alexander... 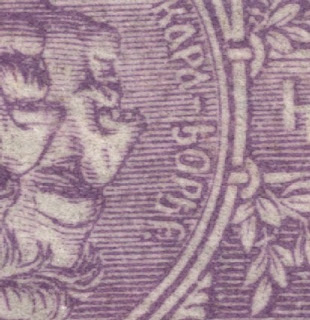 May He rest in Peace.