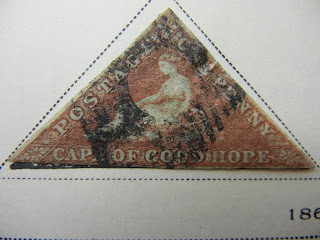 Cape of Good Hope
1857 Scott 3 1p rose "Hope" Seated
Big Blue Picture
I'm done with the 72 countries or blog entities listed alphabetically from Aden to Czechoslovakia in Big Blue, and it might be of some interest to rank the most expensive stamps with a catalogue threshold of $35. Obviously, the ranking will change as I get further along in the countries. I plan to update the ranking when enough new countries have been reviewed; next would be after the D’s and E's.

A few comments first...
The “C” countries added a significant number of stamps to the list; some classic, some quite surprising.
Some larger countries, such as Chile, Colombia, Congo (Belgian Congo), Costa Rica and Cuba have no stamps on the list. A special mention needs to go to Czechoslovakia. With 274 stamp spaces in Big Blue, the most expensive stamp is a 1920 overprinted Sokol issue semi-postal (B142) @ $12+.
Some countries, such as the Cook Islands and Castellorizo, generally had expensive stamps, but none quite reached the $35 threshold.
But other quite obscure or smaller countries had entries, such as Cape Juby (2!), Canal Zone, Ceylon, Chad (2!), Cape Verde, Cyprus and Cyrenaica. Chad and Cape Verde, in particular, were quite inexpensive, but still managed to put candidates on the list. In contrast, Cochin China, a former French colony, has 4 stamps in Big Blue with two that are on this list.
The classic Cape of Good Hope Triangulars naturally are on the list. And China has three entries; the Scott 78 1c on 3c red, ($250)- the MOST expensive stamp so far on the list, and two $50+ entries. Crete has a $120 entry. Three out of the six Confederate States of America stamps in Big Blue are on the list, the most expensive at $125.
What about the China Provinces expensive stamps, or the valuable Colombia 1917 E2 Special Delivery stamp found in the 1947 edition? Sorry, they are not eligible as they are not in the reference '97. But there is a "should have/could have" section in this blog where I list  the expensive stamps once found in Big Blue, but no more.
Now there is an elephant in the room. Or, to be more specific, a very large Maple Leaf.  ;-) What to do with Canada? Both the U.S. and Canada have much more comprehensive/expensive coverage compared with the rest of the world in Big Blue. Putting Canada in would frankly overwhelm the list. So there is a bit of a compromise. I put in the most expensive Canadian stamp (The three pence red “beaver”) in recognition of the wonderfully designed and classic Canadian stamps. This will serve as a marker for all expensive Canadian stamps. Elsewhere in this blog, there is a separate list of the Canadian stamps in Big Blue with a catalogue value greater than $35.
For all the “rules” of which stamps are eligible to be put on the list, see the end of this blog. 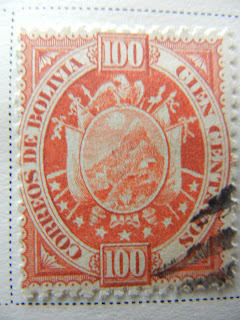 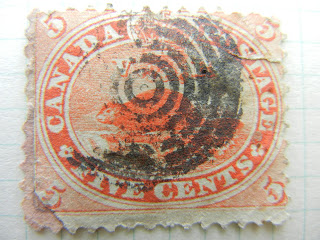 B) The Country has to be on the roster of the "97 Big Blue, my reference. So China Provinces, for instance, are not included. See the “should have/could have” list for those that missed out.


Note: For the "most expensive stamp" list in BB, I make exception to the general “binning” price listing policy and include the actual 2011 catalogue price.
If you enjoyed this post, or have some information to share, or have some constructive criticism, please share your thoughts and reactions in the "comment" section. Thanks!
Jim Jackson
Posted by Jim at 5:08 PM