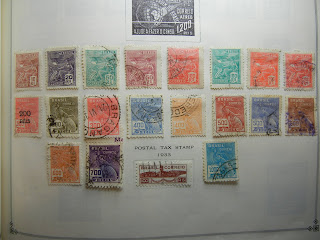 The Orphanage
I have a mess on my hands. And there is enough blame to go around. Big Blue doesn't provide enough spaces, but I share the fault too. You see, I would like to collect the World, but not necessarily check every perforation or watermark. So Brazil has given me my "Waterloo".  ;-)
In three of the Big Blue's I've acquired , I've come across a huddled mass of 1920-41 Brazilian Definitives; no place to go, no place to hide. The Orphanage.
How did this happen?
Well, Big Blue gives us, for the Brazilian definitives, under "1920-24" (ignoring the remaining 17 years of the series), 14 spaces, devoted, of course, to the early issues and colors. How many stamps in total were issued in the series?
125. ......!!!!!!!!!!!!!
What results, as one would expect, is usually a sloppy mess: 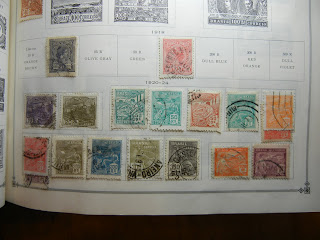 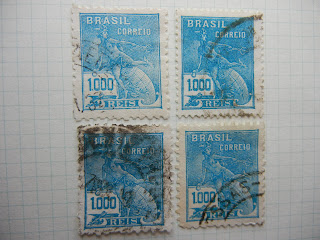 
1) Assure the correct stamp IS put in the measly 14 spaces provided by Big Blue. We will refer to these stamps as "The Chosen". Of course we know "The Chosen" simply were the first issues of the series, and are no better than "The Orphans" that came later. Big Blue simply never added space for the many collectible stamps in the series after 1925.


2) There are LOTS of collectible Orphans based on a change in design for the denomination, or a change in color. And there are Denominations that NEVER had a space in Big Blue, and they can be collected too. And the good news: one doesn't have to necessarily check the watermark or perforation to do this. :-)
So can one reliably collect by color?
In some cases yes when there is clearly an obvious color choice. But we all know that the earlier issues ( And  Brazil is certainly no exception), can have a palette of colors surrounding the "official" color. Do those 100r "turquoise-blue's" above all have the "same" color. They "should".

Then there is the matter of identifying the color...... 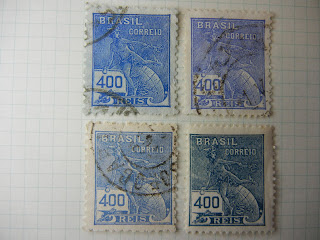 Which one is Dull Blue, Blue, or Ultramarine; and are some of the tints  simply a color variation due to idiosyncratic production or the environment?
Very sobering. Perhaps checking Watermarks isn't so bad after all.  ;-)
So lets take a look at "The Chosen", and the collectible "Orphans", beginning with the 10r denomination, and ending with the 10,000r denomination. 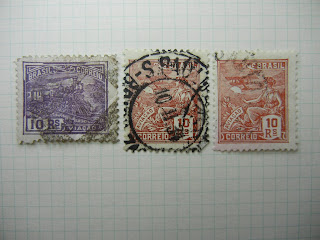 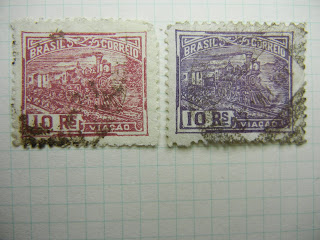 The "same" stamp! A73 "red-violet"!
Parenthetically, speaking of color differences, the 2011 Scott Classic Specialized catalogue illustrates a "red-violet" that looks like a combination of the two tints shown above. Another cautionary tale about using color as a criteria... 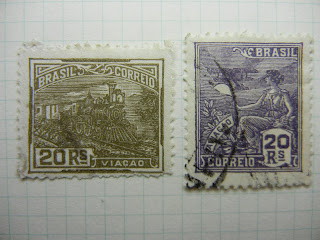 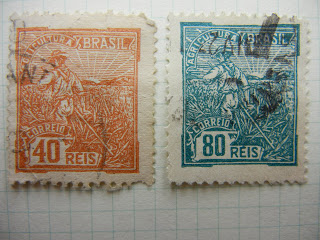 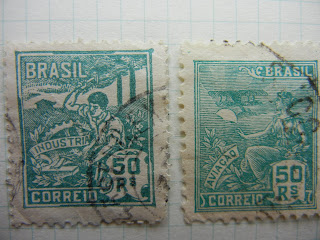 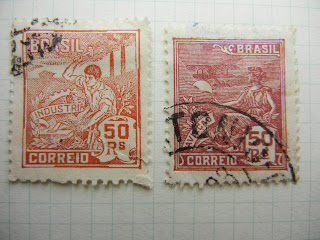 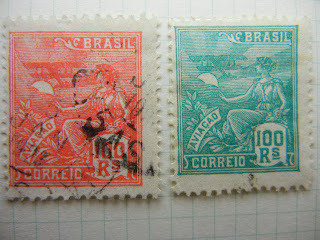 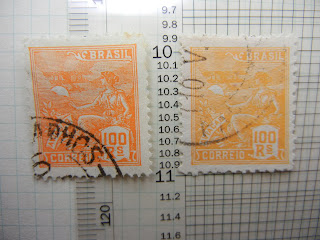 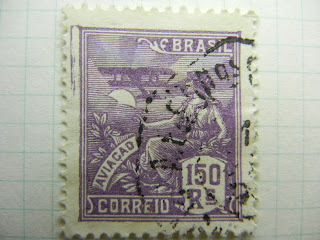 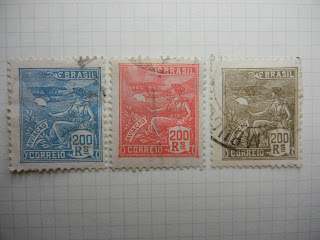 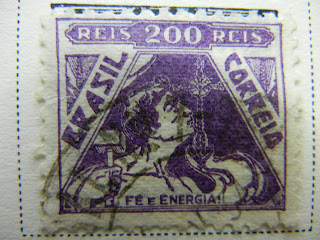 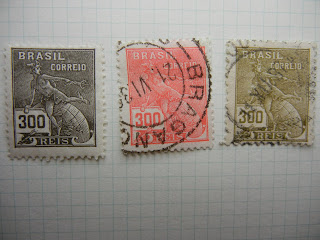 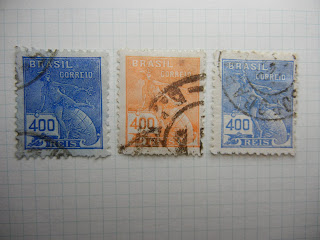 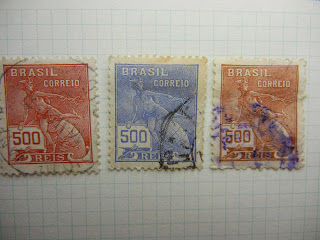 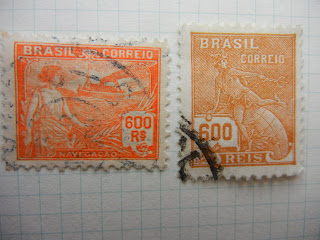 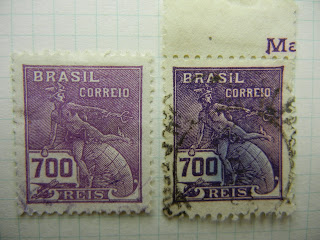 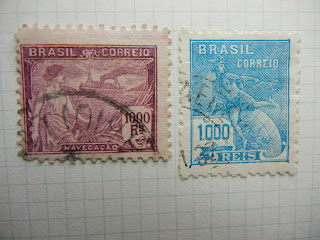 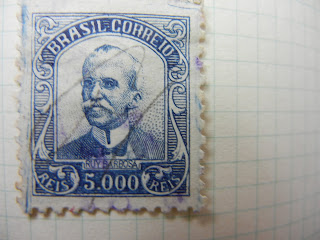 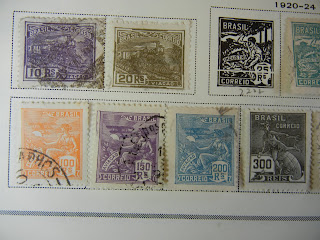 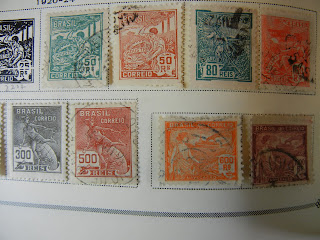 The Chosen
Jim Jackson
Posted by Jim at 6:05 PM