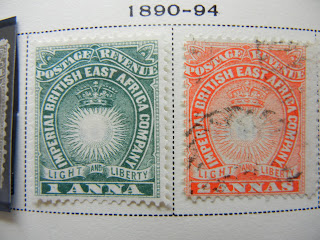 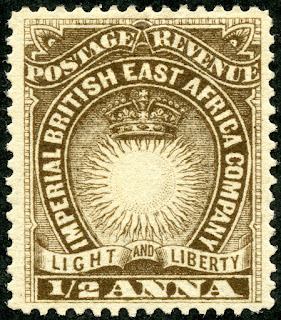 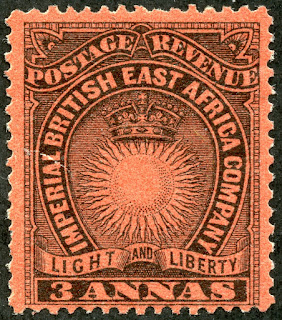 1891 Scott 18 3a black/red
"Sun and Symbol of "Light and Purity""
A large lithographic issue of seventeen stamps (major numbers) was released between 1890-1894.

They all have a design of the crown hovering over the sun. 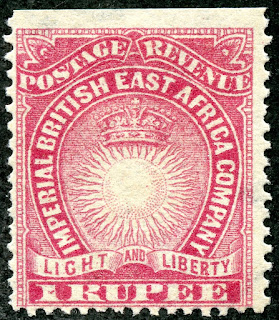 There is a note in Scott that states stamps with natural straight edges are almost as common as fully perforated stamps. Values are about the same. 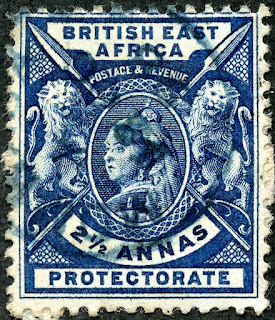 Note that this issue has some stamps overprinted later with "Zanzibar". Scroll down for example. 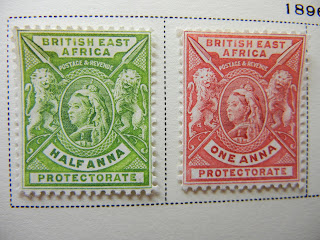 Eight stamps are given a place by Big Blue at a quite reasonable <$1-$5+.

Note: As I was uploading some camera pics of  British East Africa stamps, I noticed the pic showed a red "Zanzibar" overprint on the 1896-1903 2 1/2 anna dark blue!  ;-)  In my defense, these stamps were sold as a lot of British East Africa. Of course, I examined the stamp again, and yes one can see the overprint, but it is not obvious. The camera shows the overprint more clearly.  The image is directly below. 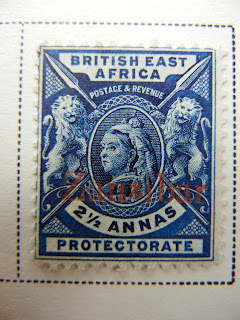 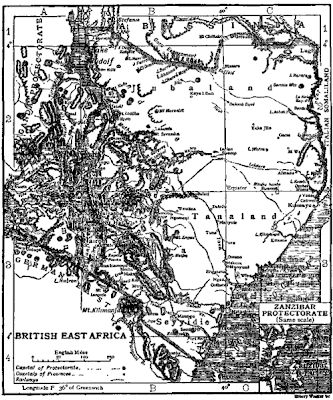 An interesting stamp history for the short time period (1890-98). If one would like to add a little spice to the collection, the India overprinted/surcharged stamps are reasonable.

Note: Map in Public Domain.
The "Into the Deep Blue' section was added in 2018.