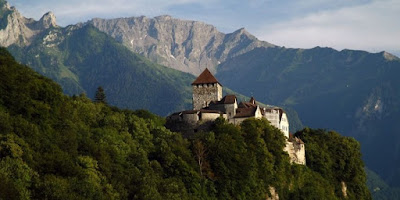 Given the political chicanery of the past 1000 years, it’s no small wonder that the Principality of Liechtenstein has survived. Its mountainous isolation, combined with some deft footwork during and following World War I, helped.

Before 1912 Liechtenstein used Austrian stamps. Its first definitive stamps are inscribed “K. K. Österr. Post im Fürstentum Liechtenstein” (The Imperial and Royal Austrian Post in the Principality of Liechtenstein), reflecting the alliance with to Austria. These are denominated in the Austro-Hungarian krone.

But Liechtenstein managed a de facto neutrality during the War and no fighting occurred within its borders. Following the War, establishing independence became a priority. Links with Austria were dissolved. The immediate philatelic result was stamps inscribed ”Fürstentum Liechtenstein” (1920), but still denominated in kroners.  By 1921, all Austria-related stamps were declared invalid and, because of a monetary union with Switzerland, they were replaced by stamps of Swiss design and denominated in rappen.

For much of Liechtenstein’s history its princes resided on their large estates in other parts of Europe. They also owned important artworks, including Leonardo da Vinci ’s portrait of Ginevra de’ Benci, a painting the Princely House eventually sold to the National Gallery of Art in Washington, D.C. Worth a trip to Washington, it’s the only Leonardo in the western hemisphere. Prior to the sale, Liechtenstein featured this portrait on a 1949 stamp (see below). 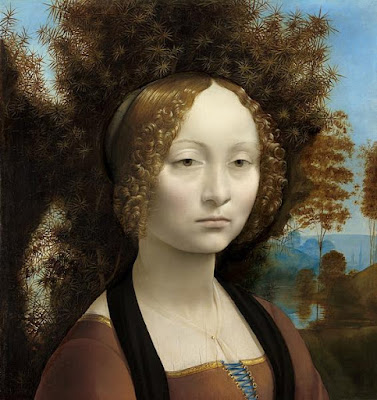 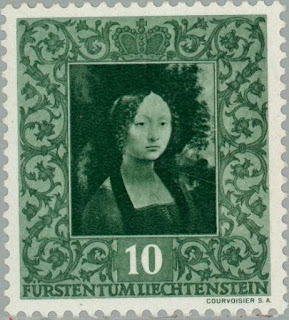 Liechtenstein Scott #227
Liechtenstein’s 1930 airmail series provides a curiosity. They show airplanes and zeppelins circling Vaduz Castle and nearby mountains as if looking for a place to land. But tiny Liechtenstein has no airport. Presumably the soaring birds featured in the 1934-4 airmails had no difficulty finding roosts.

Jim's Observations
Imagine if all the Principalities, Duchies, Free Cities, and Kingdoms in Europe had not coalesced. We would have a smorgasbord of small stamp issuing entities today.
Well Liechtenstein still exists as a Principality and a constitutional  monarchy.

Today, Liechtenstein is quite wealthy, as measured by GDP per capita. The Principality is also, to interject some trivia, the world's largest producer of sausage casings and false teeth. 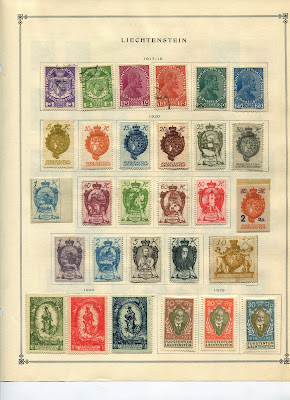 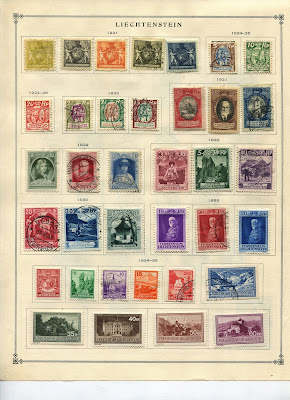 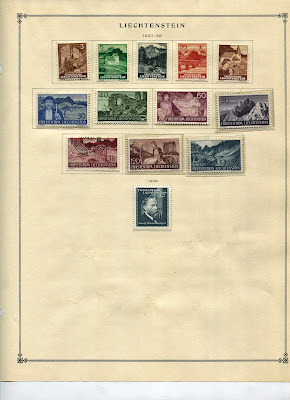 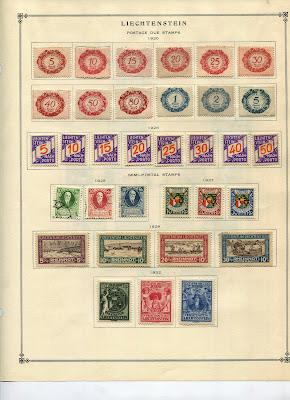 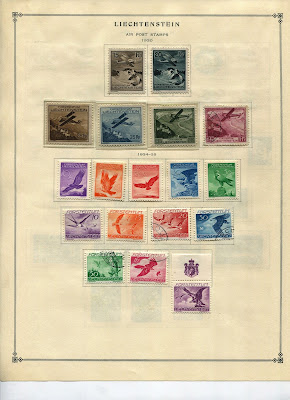 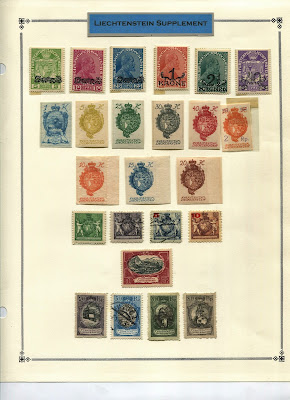 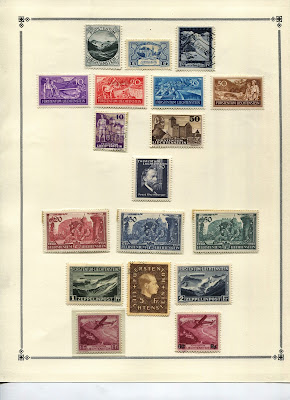