Angola- a closer look at the stamp issues 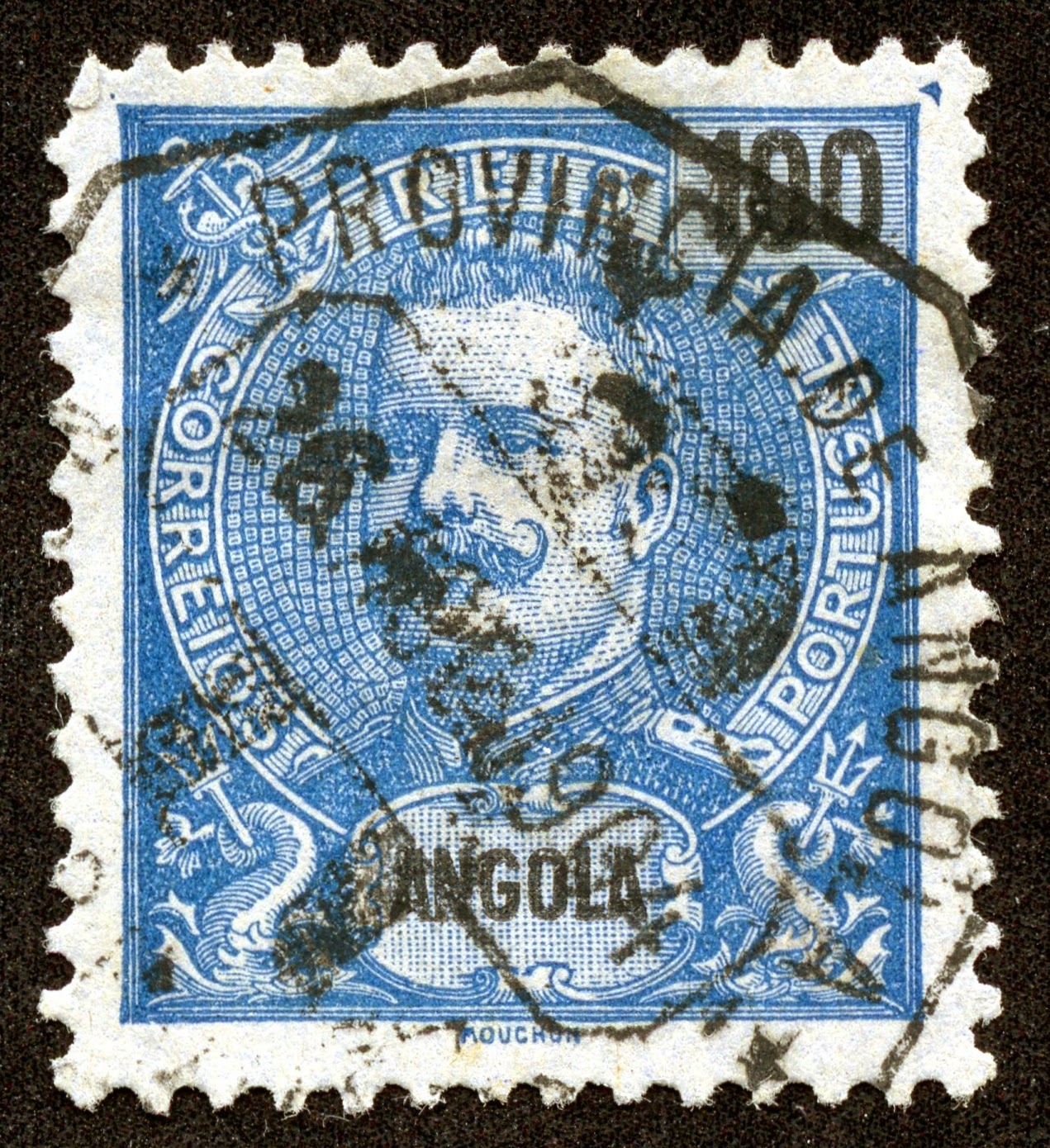 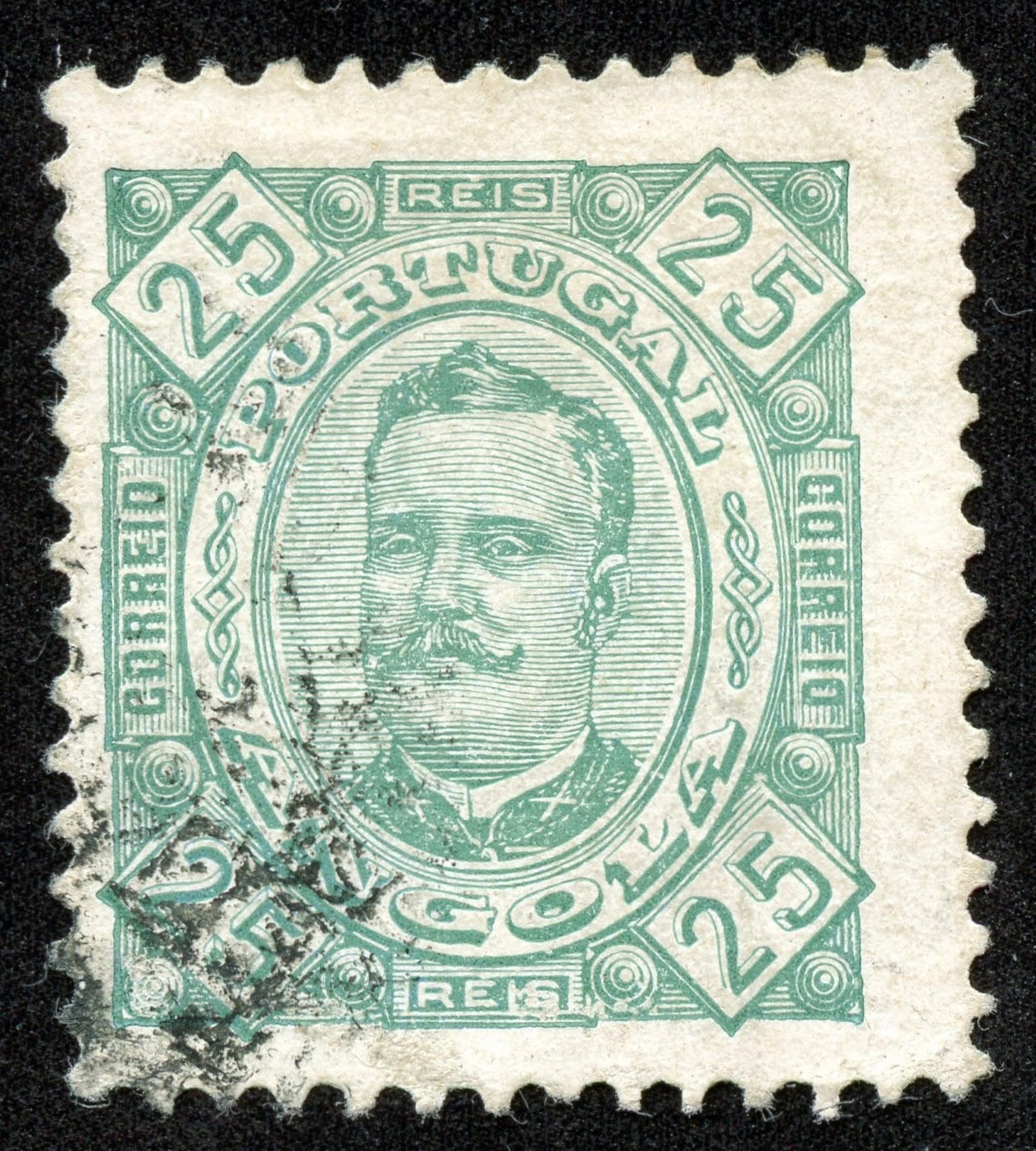 The 1893-94 eleven stamp "King Carlos" issue can be found with chalky or enamel paper, and different perforations. Consequently, Scott has many minor numbers for these stamps. 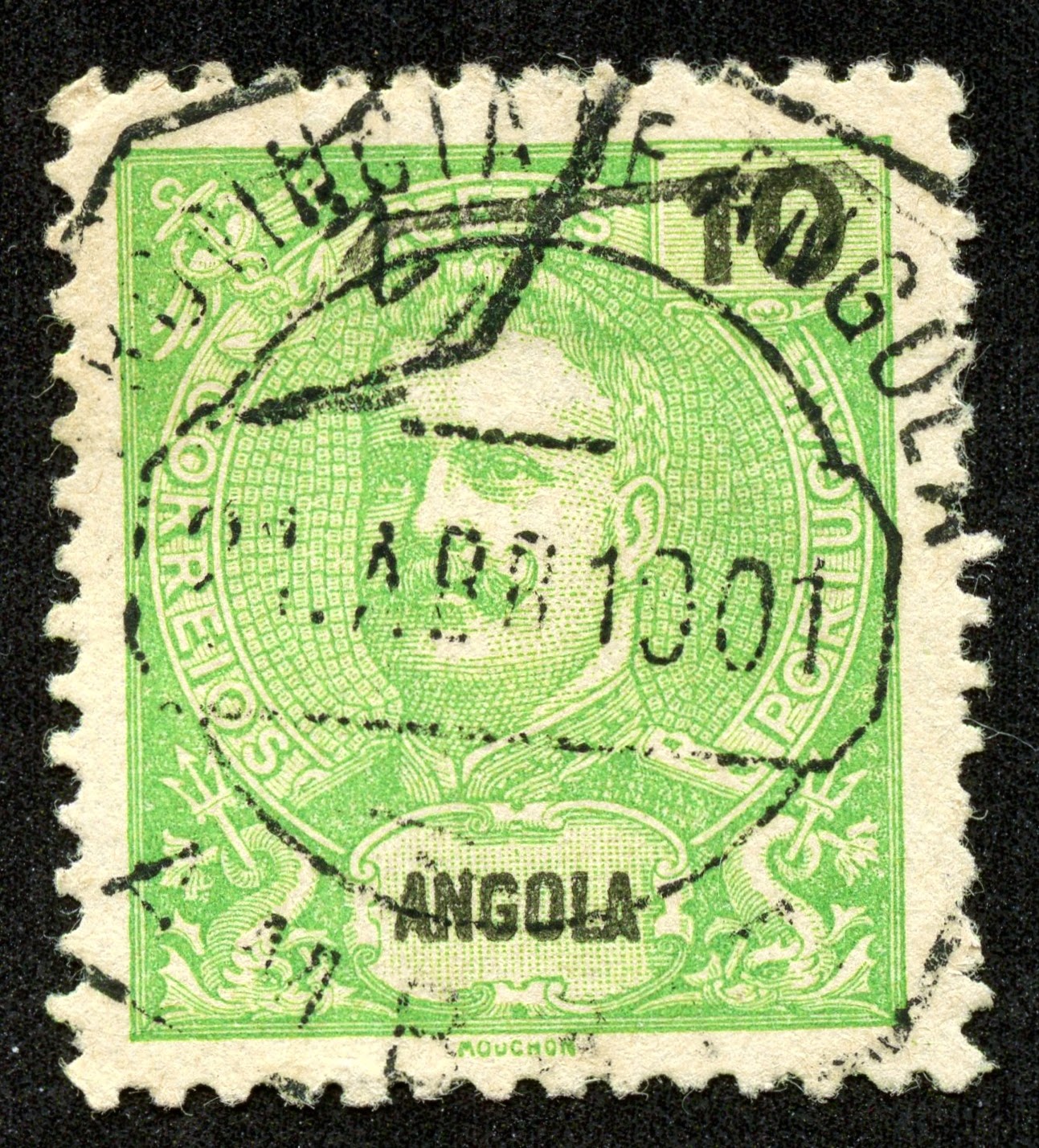 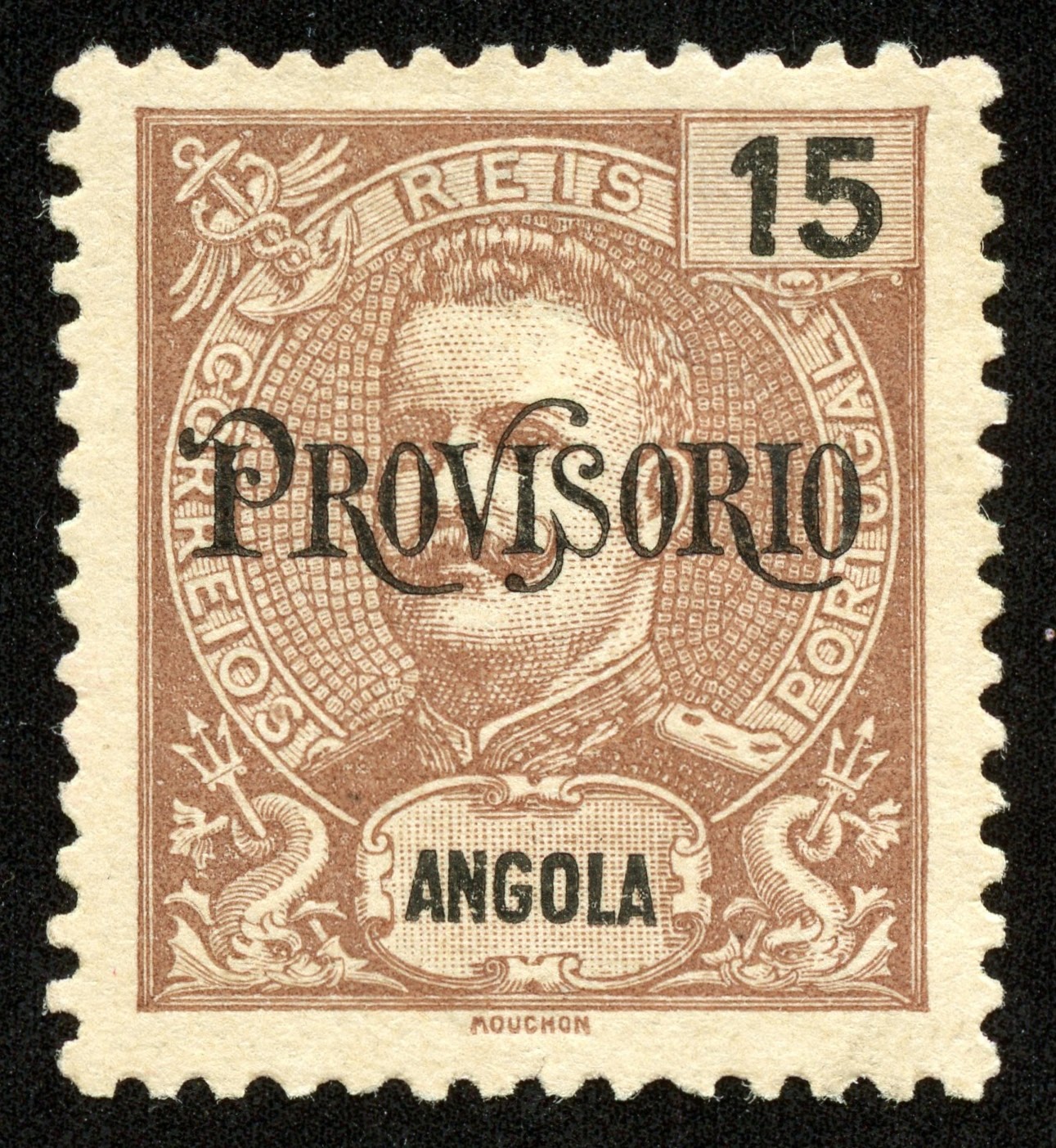 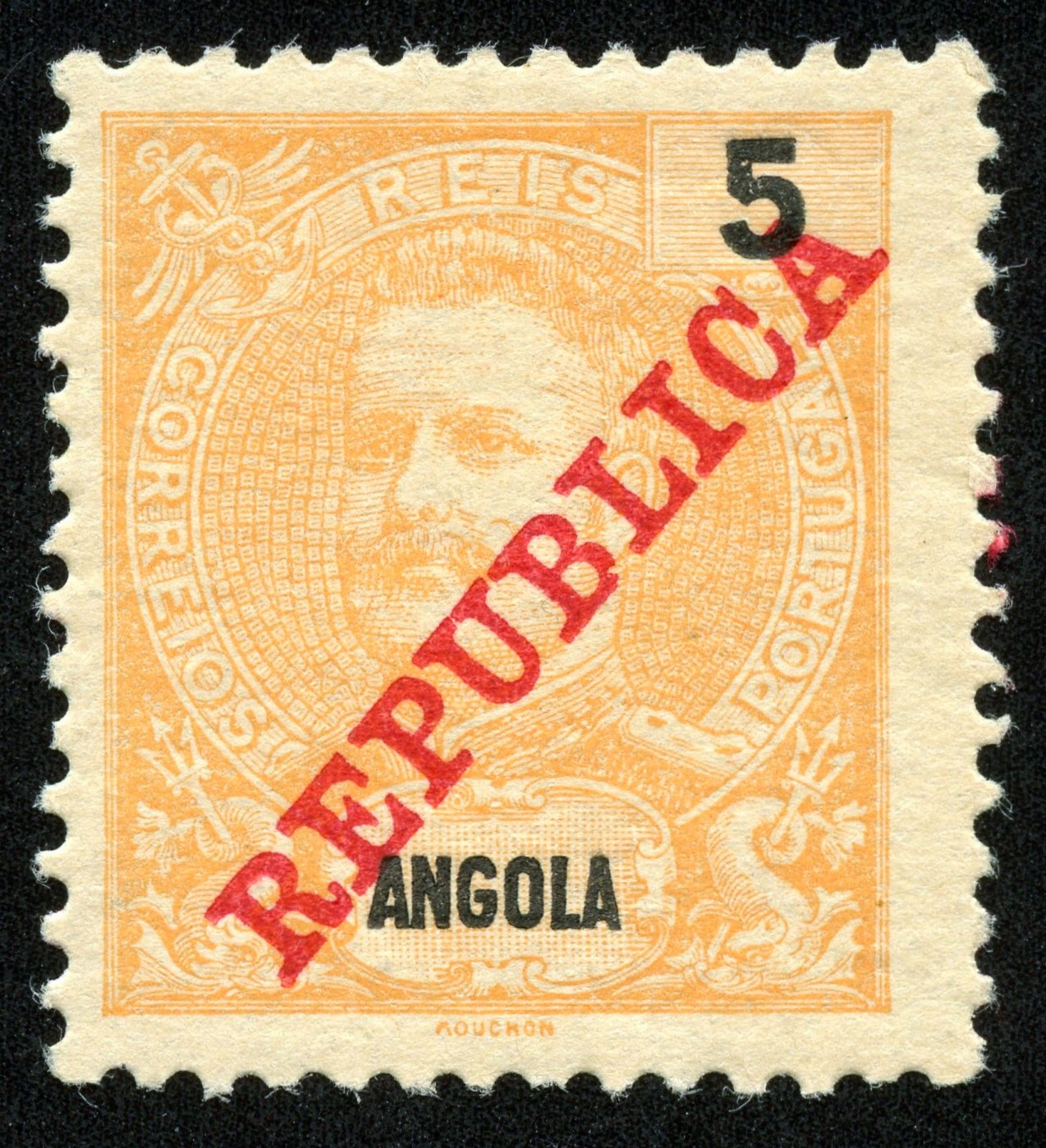 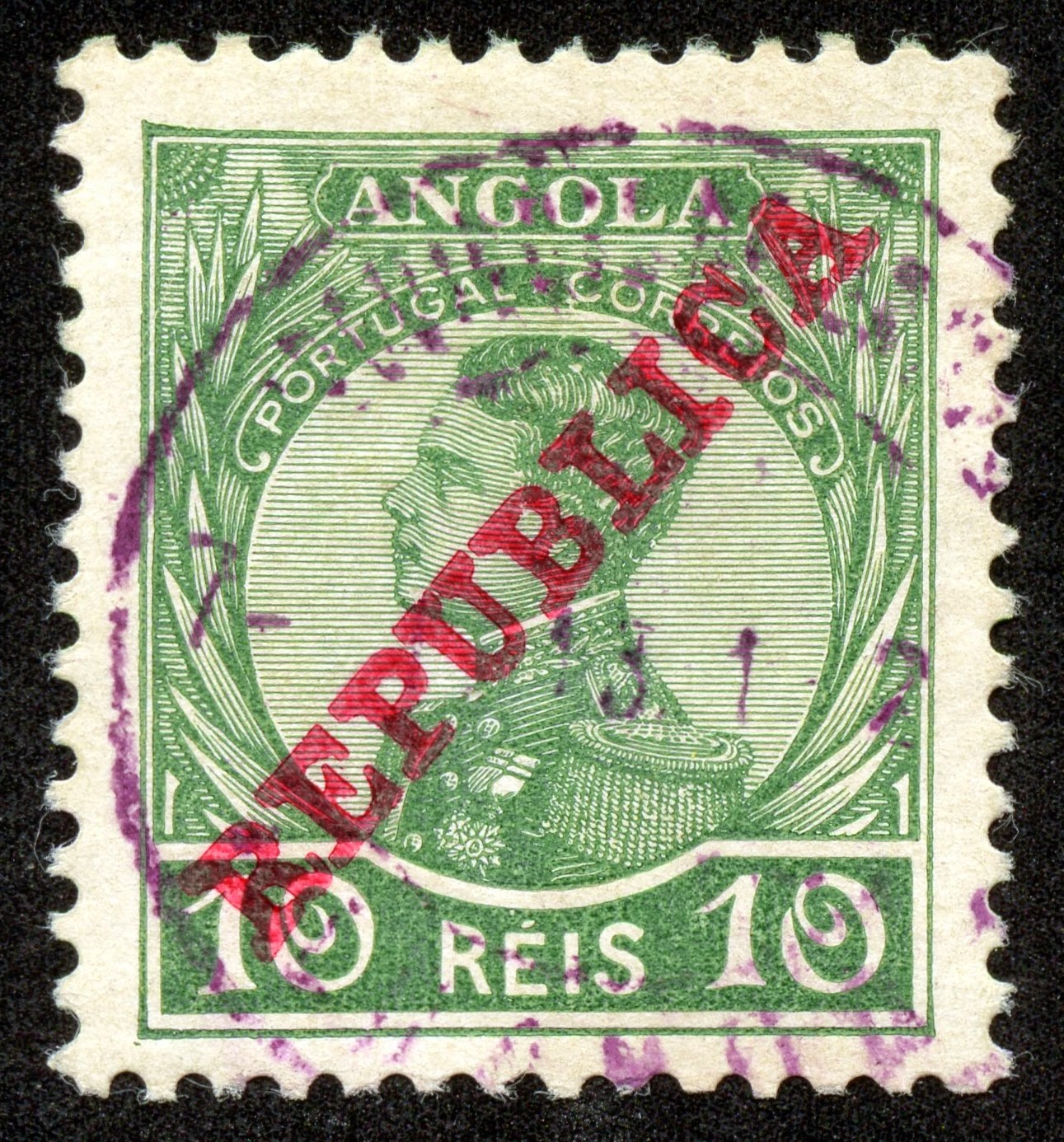 1912 Scott 105 10r gray green "King Manuel II"
Overprinted in carmine or green
A 10 stamp set with the "Manuel II" visage was also overprinted in 1912. Of interest, this Angola issue is only found overprinted. 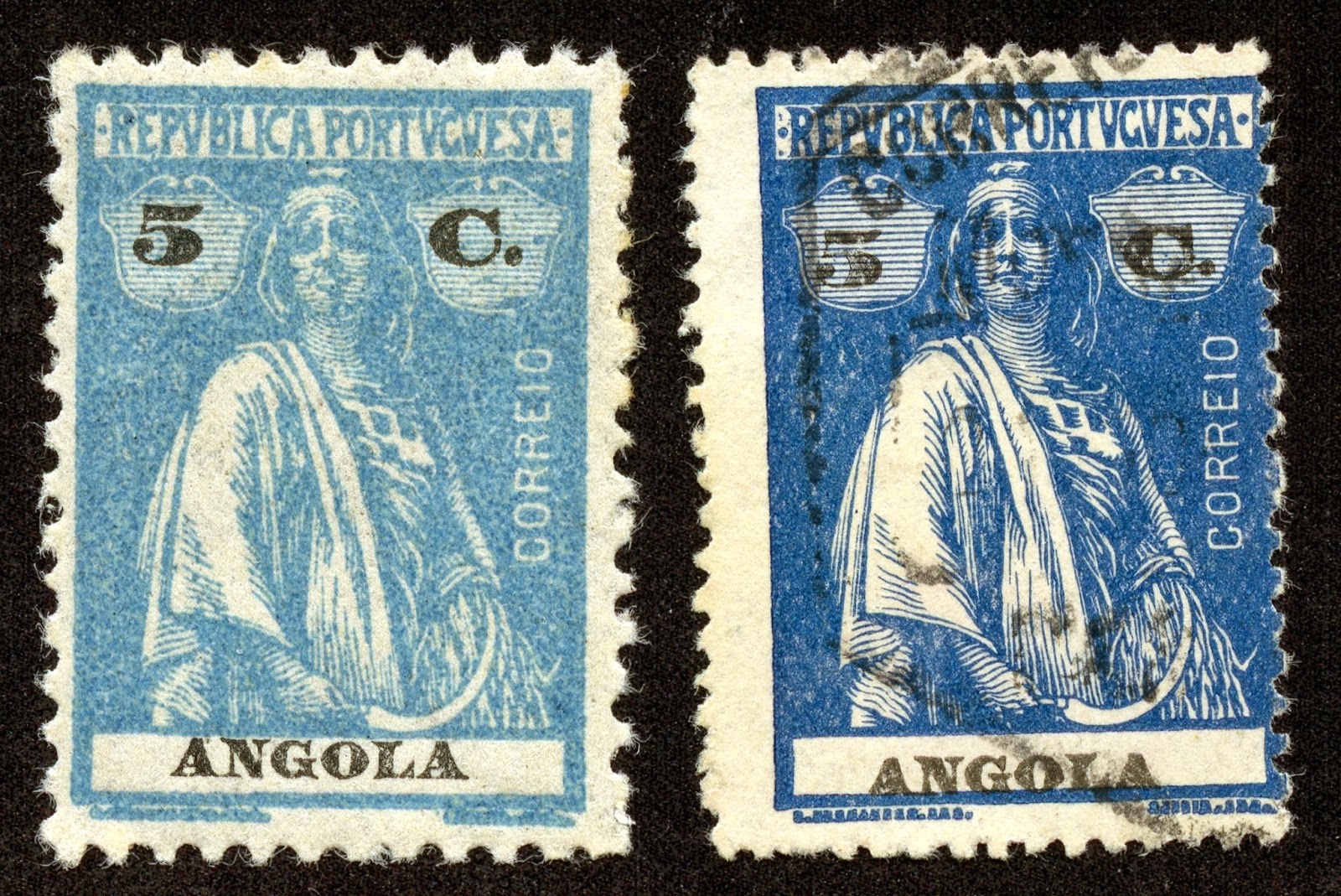 1914-26 "Ceres" Issue
Scott 130 5c blue- two colors
A very large 40 stamps "Ceres" was released between 1914-26. If one wishes to parse the issue further, it comes in chalky and ordinary paper, and two perforations. And the 5c "blue" clearly comes in different colors- bright blue, and deep blue. In fact, earlier Scott catalogues gave the "deep blue" color the Scott 129 number. But that number is dropped in the current catalogue- I wonder why? 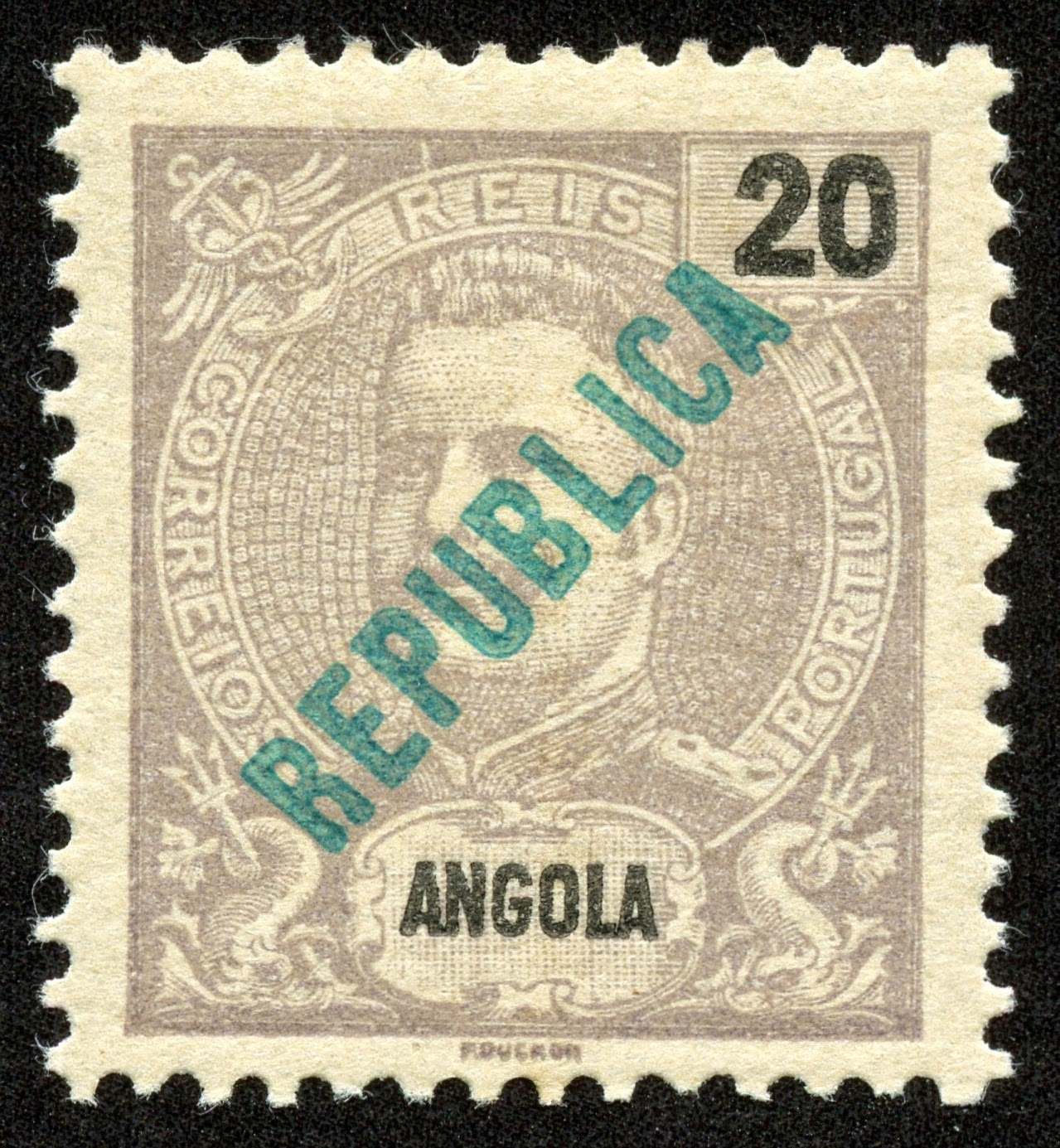 1914 Scott 161 20r gray violet
Overprinted Type "c"
A 10 stamp issue was released in 1914 with this script overprint-  which is different than the 1911 overprinted issue. Re-check your Angola overprints for different types. ;-) 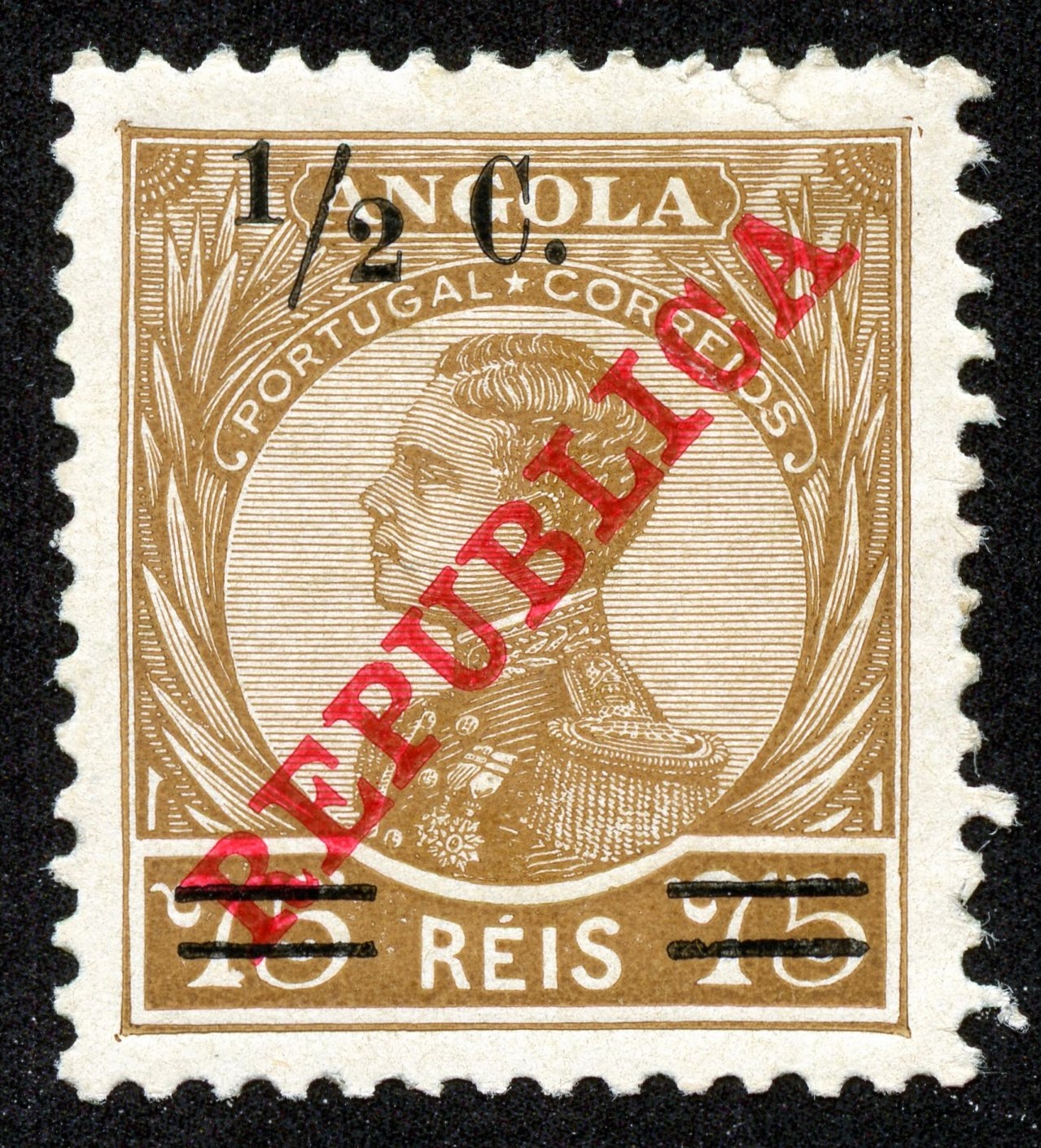 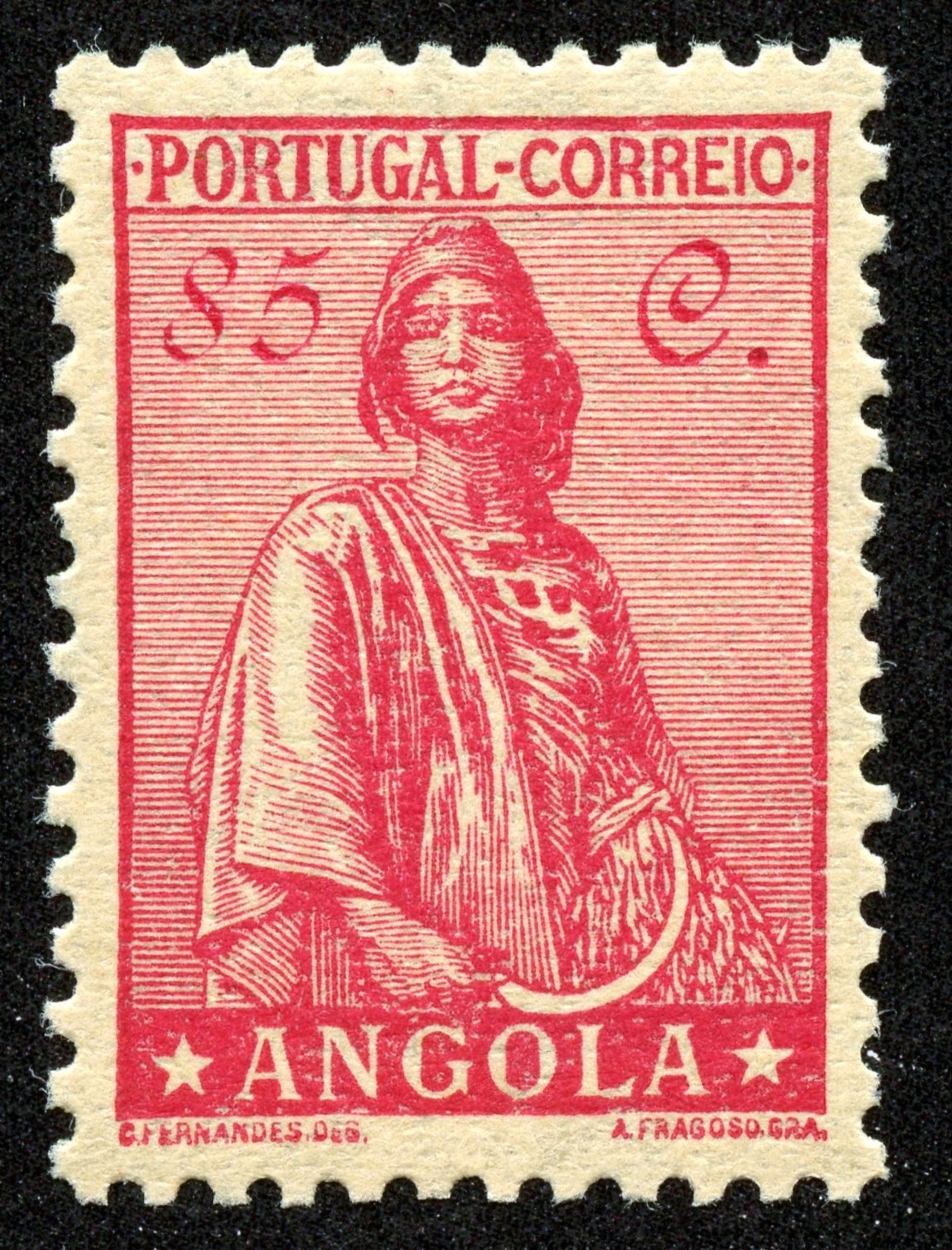 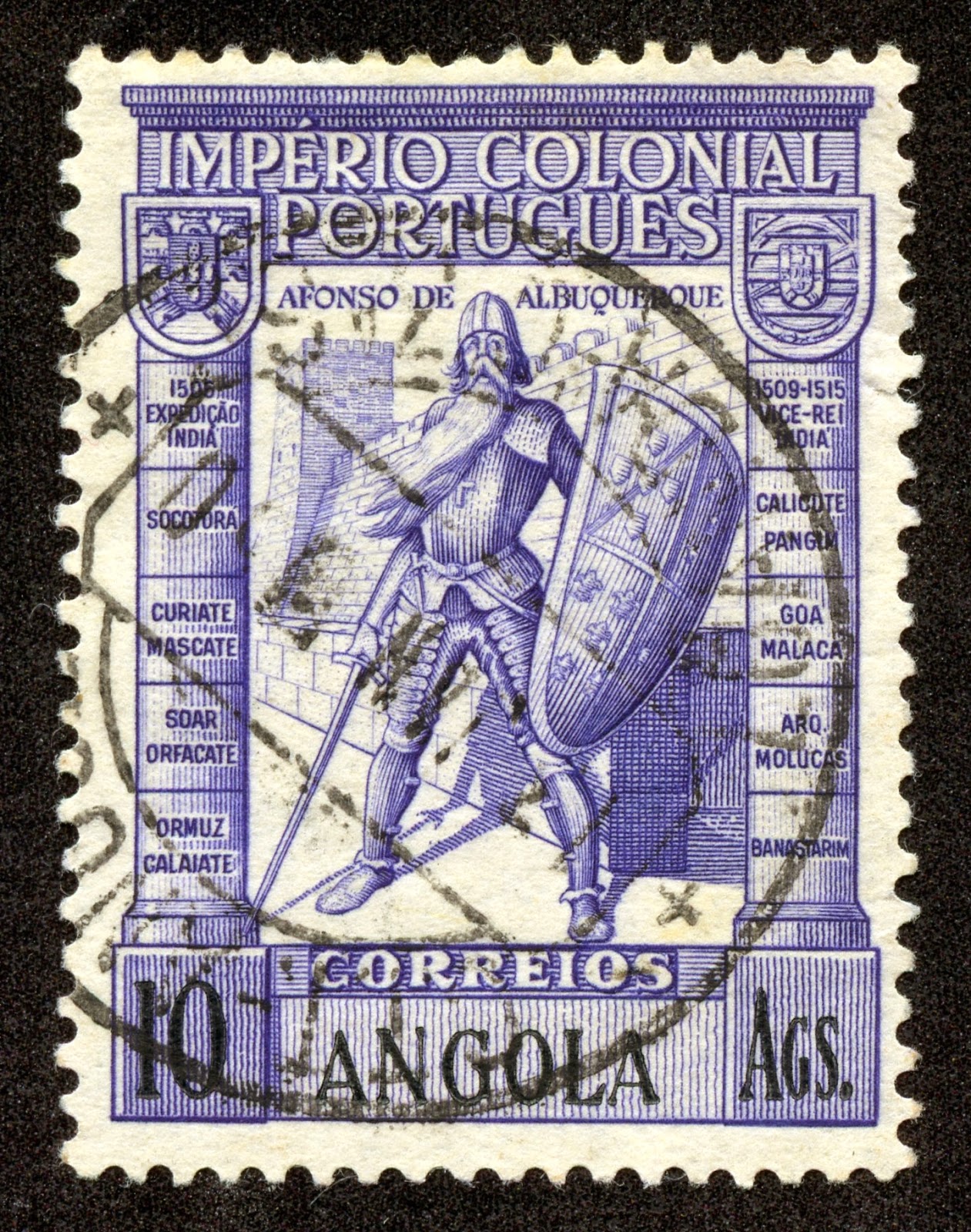 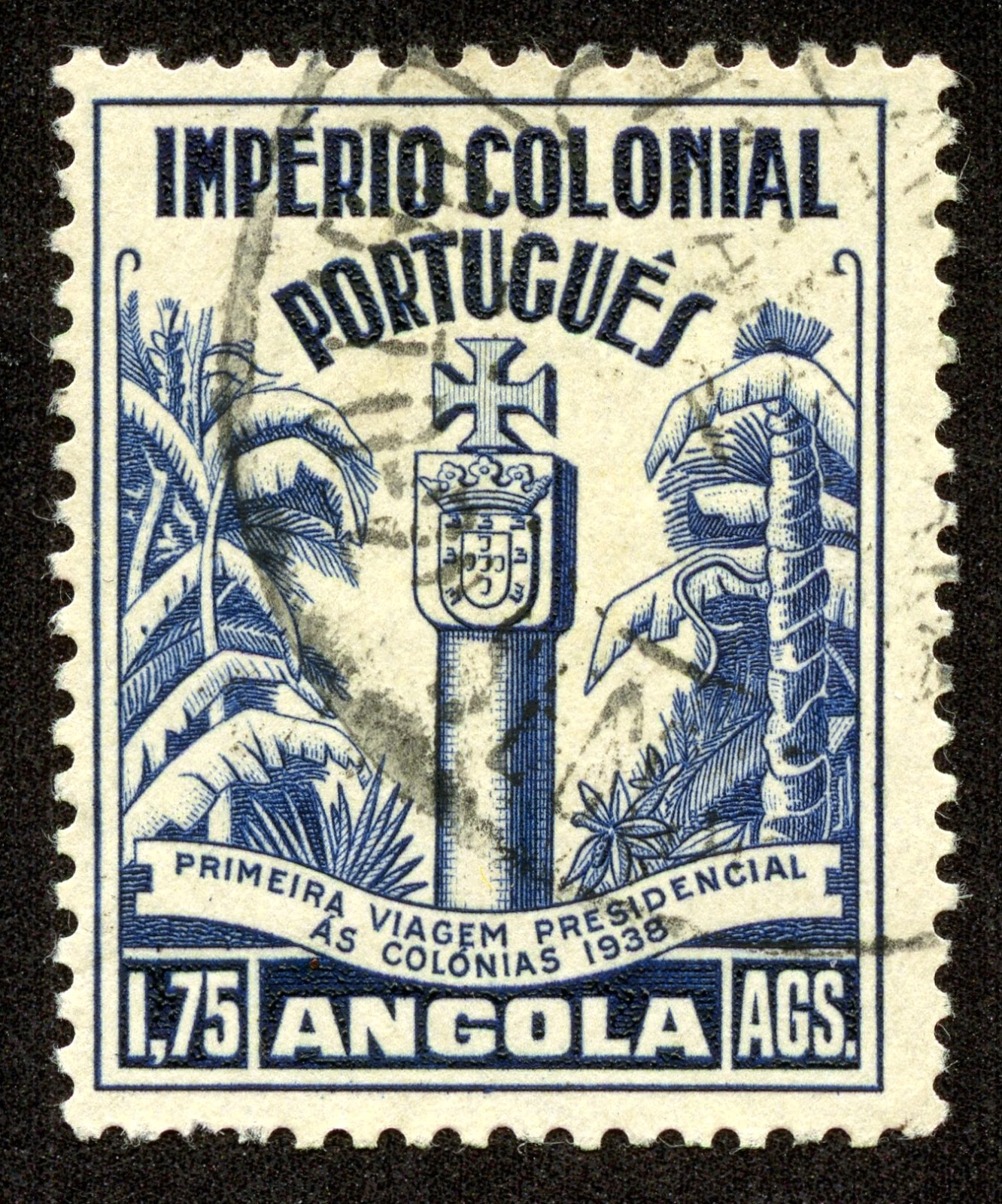 1938 Scott 293 1.75a deep blue
"Marble Column and Portuguese Arms and Cross"
For the visit of the President of Portugal, a three stamp set was issued in 1938. 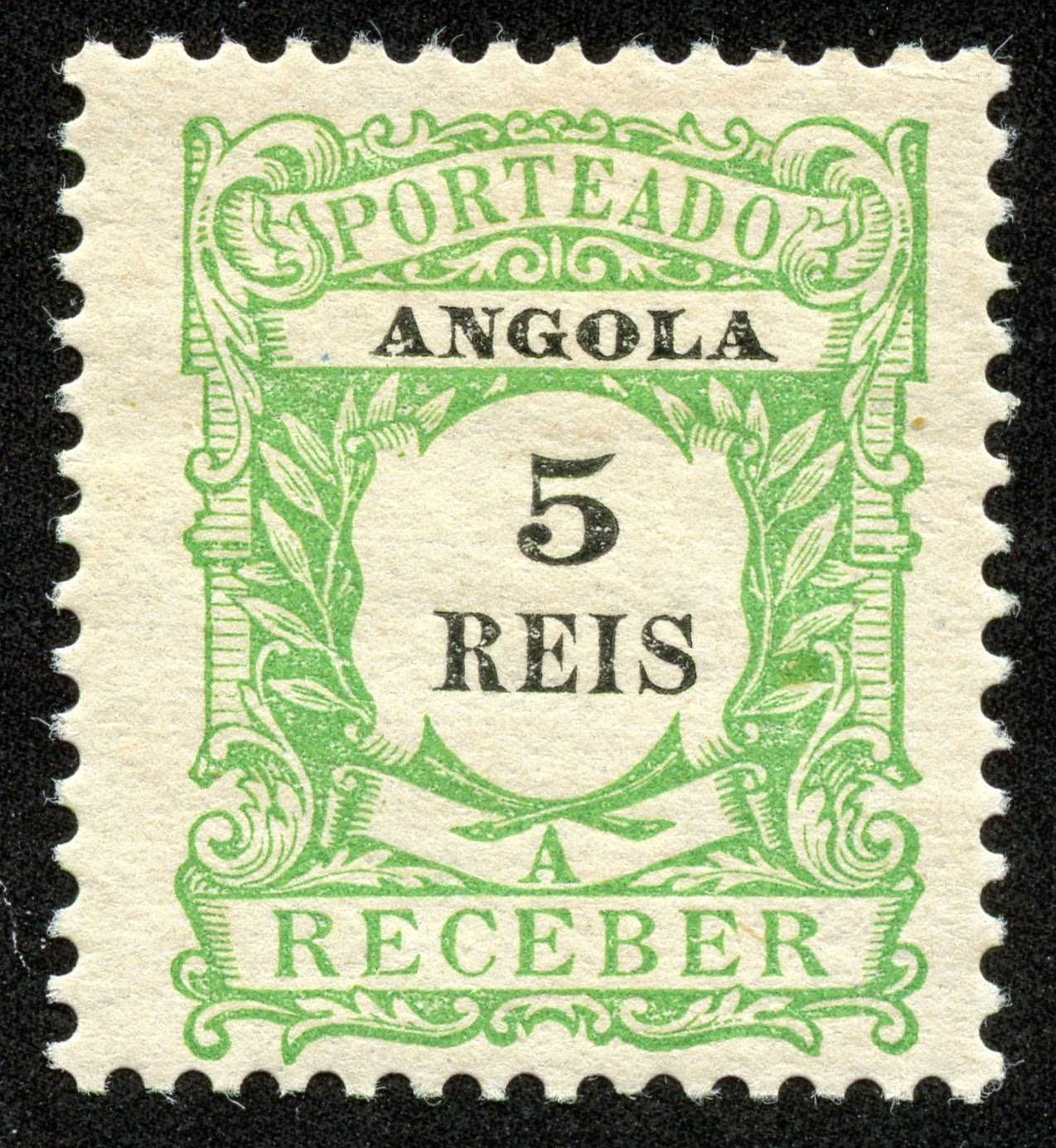 Postage Due 1904 Scott J1 5r yellow green
Portuguese colony postage dues are quite generic, as one can tell. The earlier 10 stamp 1904 set is valued in Reis, while the identical (in appearance) 1921 10 stamp set is valued in Centavos. 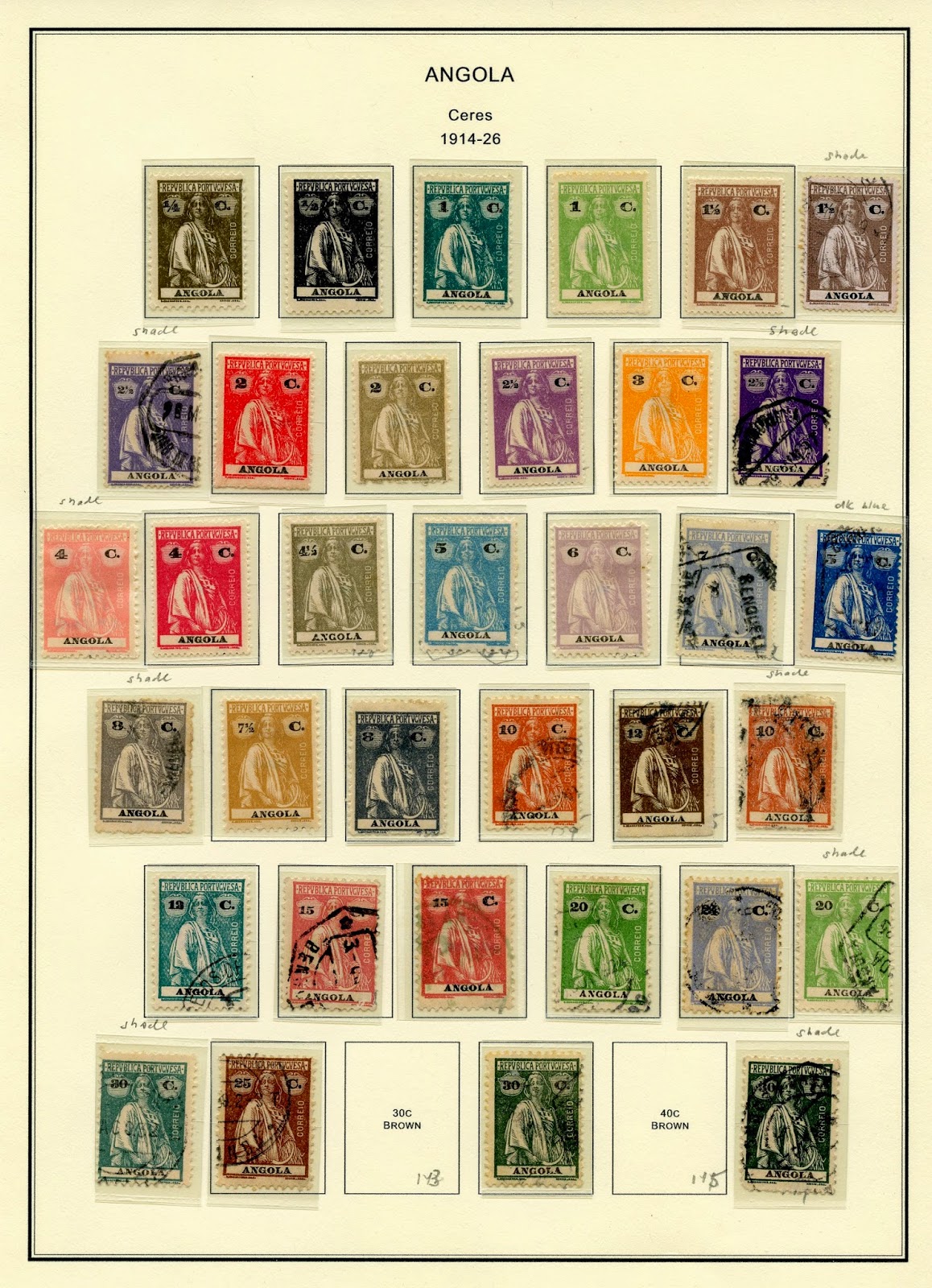 1914-26 Ceres Issue in Deep Blue
Deep Blue (Steiner) has 21 pages for Angola, and includes a space for all the major Scott numbers. The many minor numbers found in Scott for the earlier issues (1870-94) due to different paper and perforations do not have designated spaces. One will need some quadrilled pages if one wishes to parse these earlier issues. 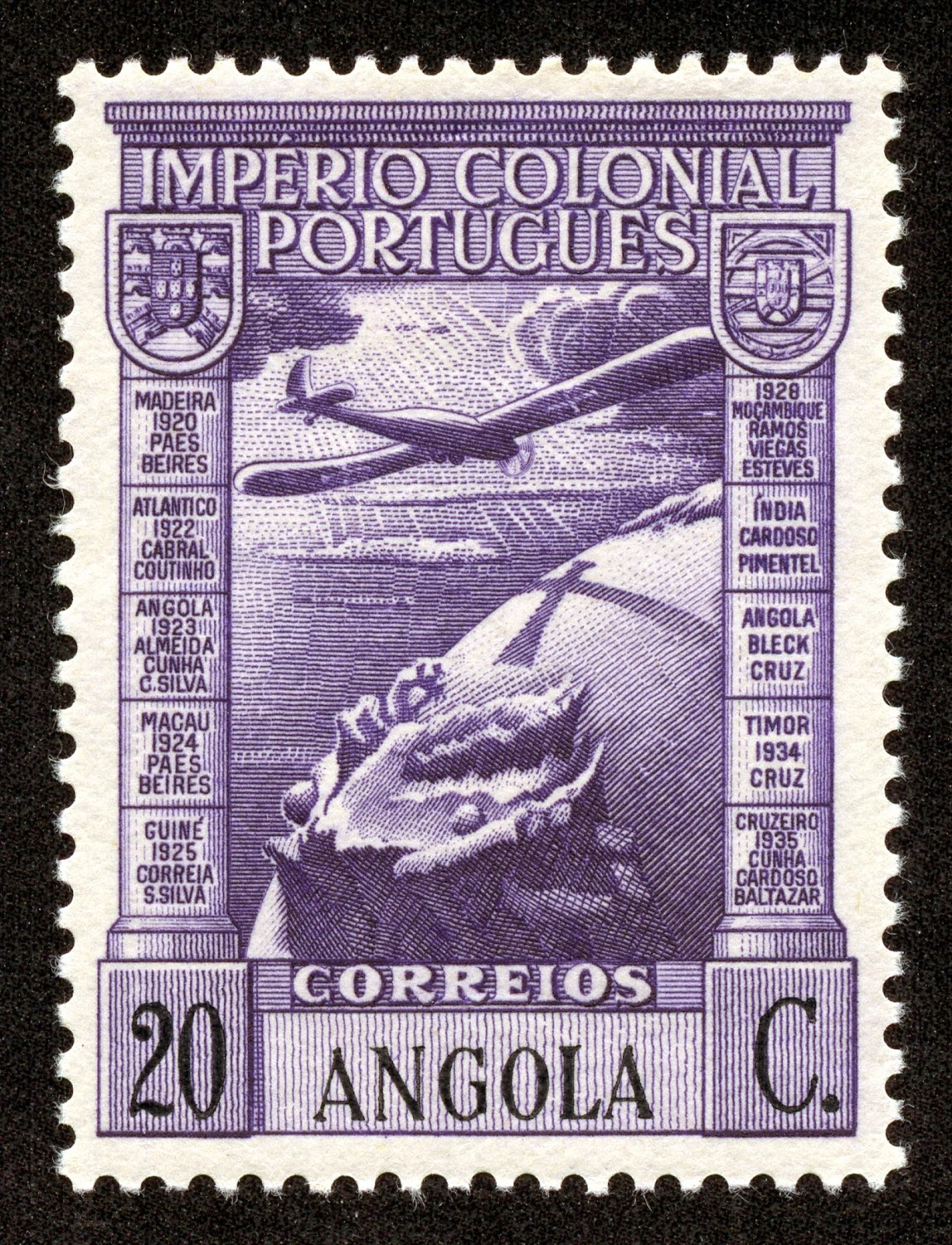 1938 Scott C2 20c  purple
Common Design type
Out of the Blue
The different overprint scripts for Angola creates a bit more interest for this Portuguese colony.

Note: These additional stamp issue images and discussion have been incorporated into the original Angola blog post.

Note about the "closer look at the stamp issues" updates: I will resume these updates (probably!) after I finish with the primary task- the remaining ~ 100 country posts to finish the Big Blue checklist.