Algeria- a closer look at the stamp issues 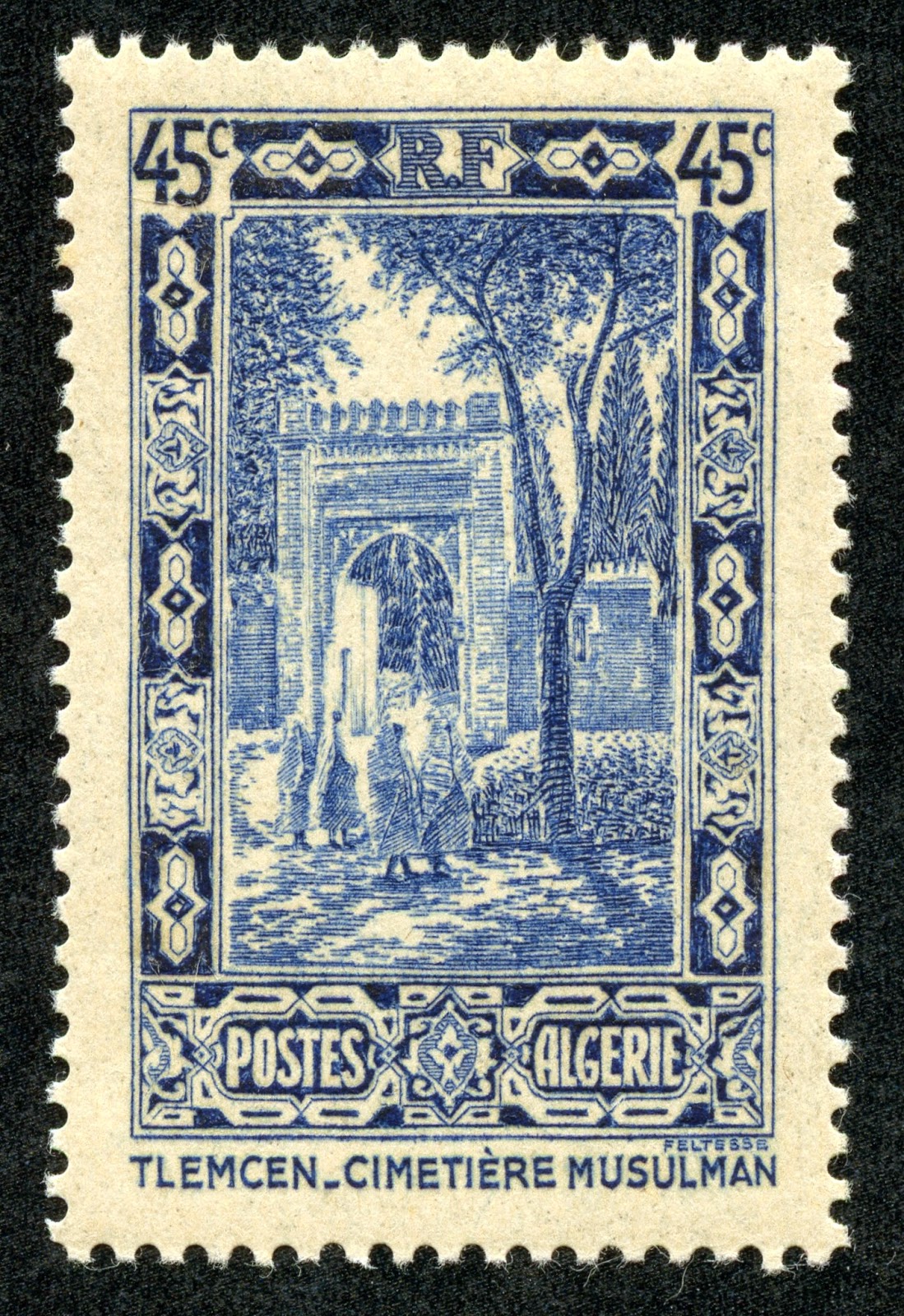 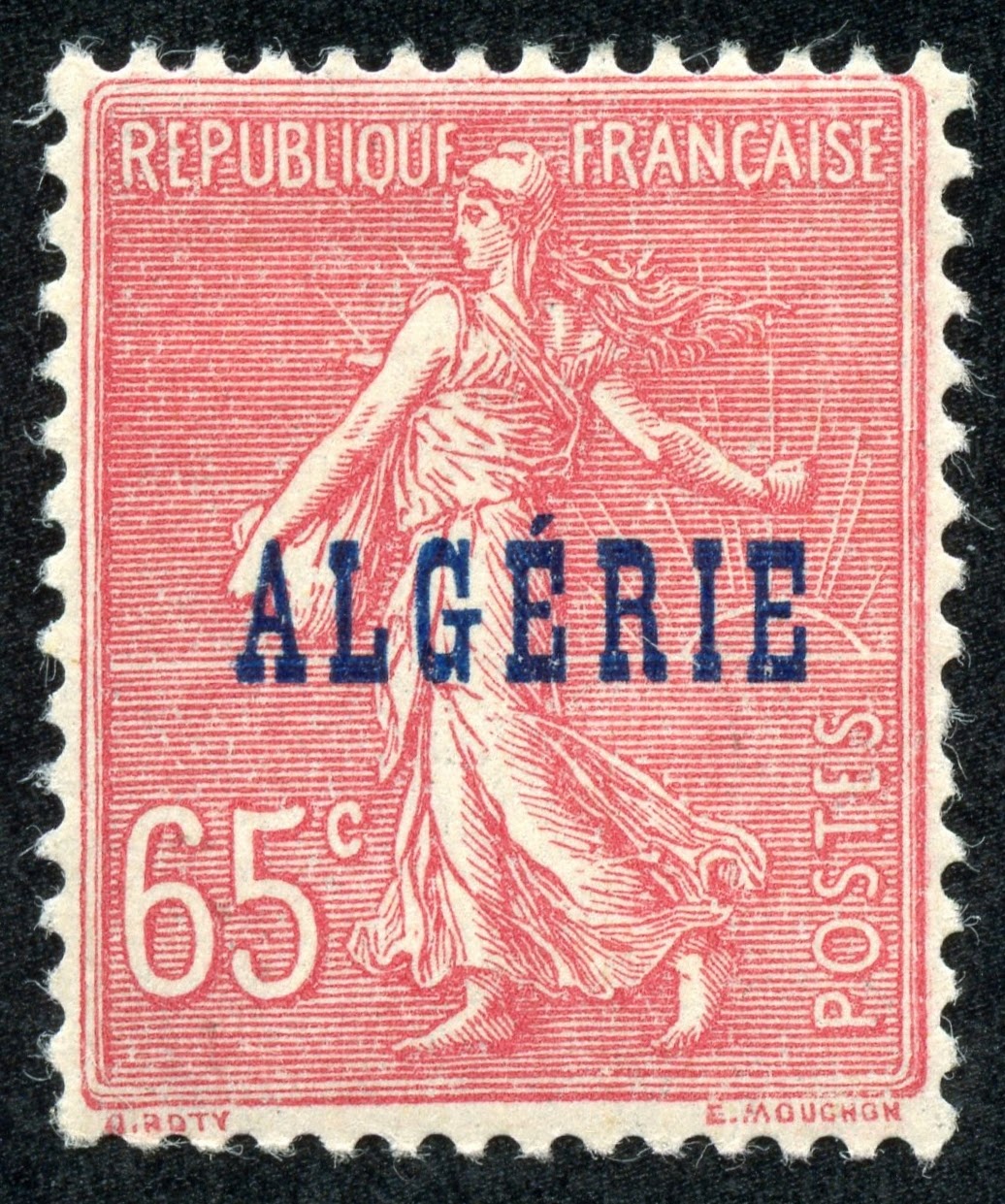 1924 Scott 24 65c rose, blue overprint "Sower"
The initial issue of French Algeria used overprinted stamps of France. The 1924-26 production had 32 stamps, and the overprint is found in red, blue, and black. 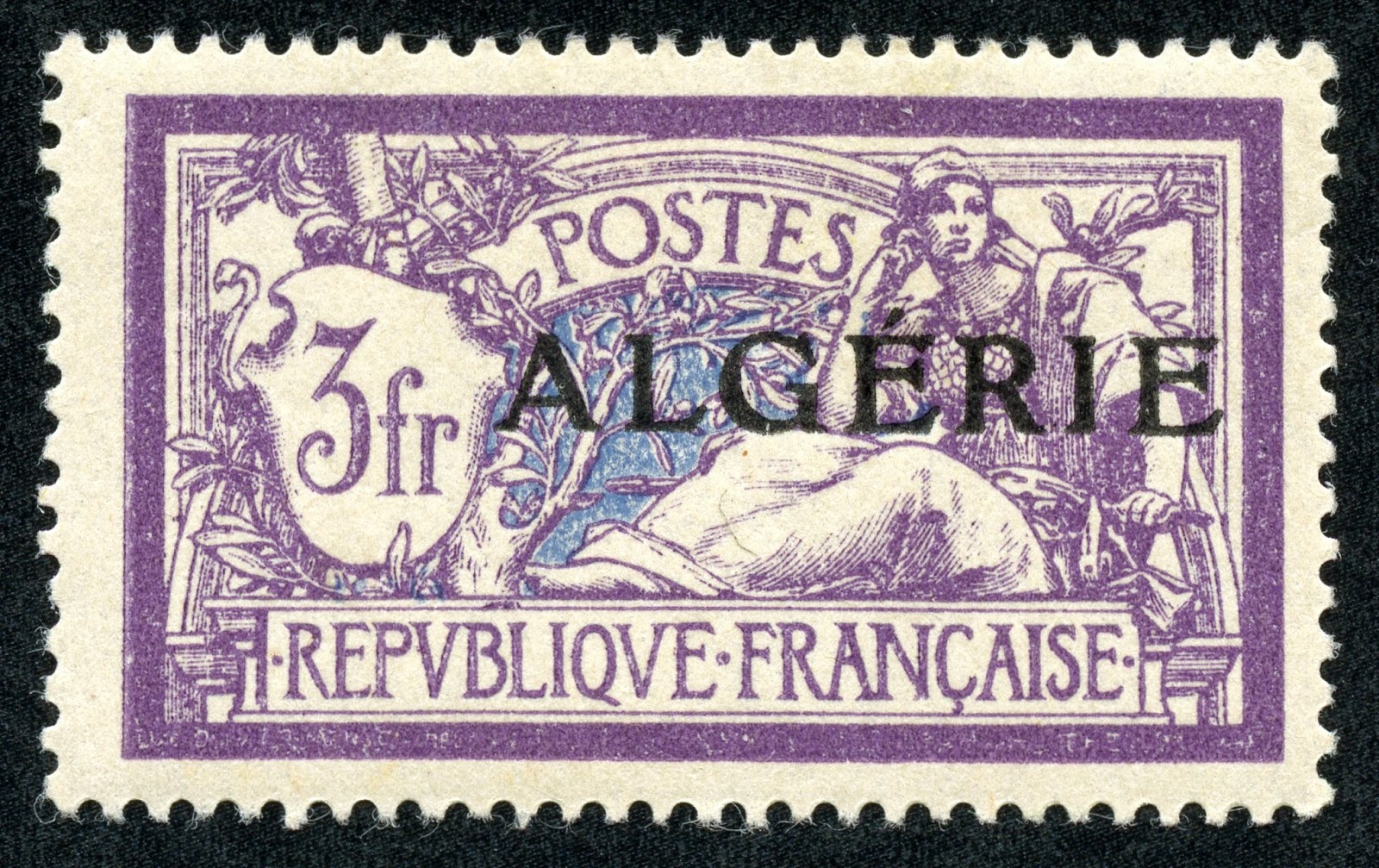 1926 Scott 31 3fr violet & blue
"Liberty and Peace"
The CV for the issue is remarkably inexpensive, with only one stamp valued higher than $1+. And the beauty of French stamps is not to be denied. Thus series alone would make me want to collect classical WW! 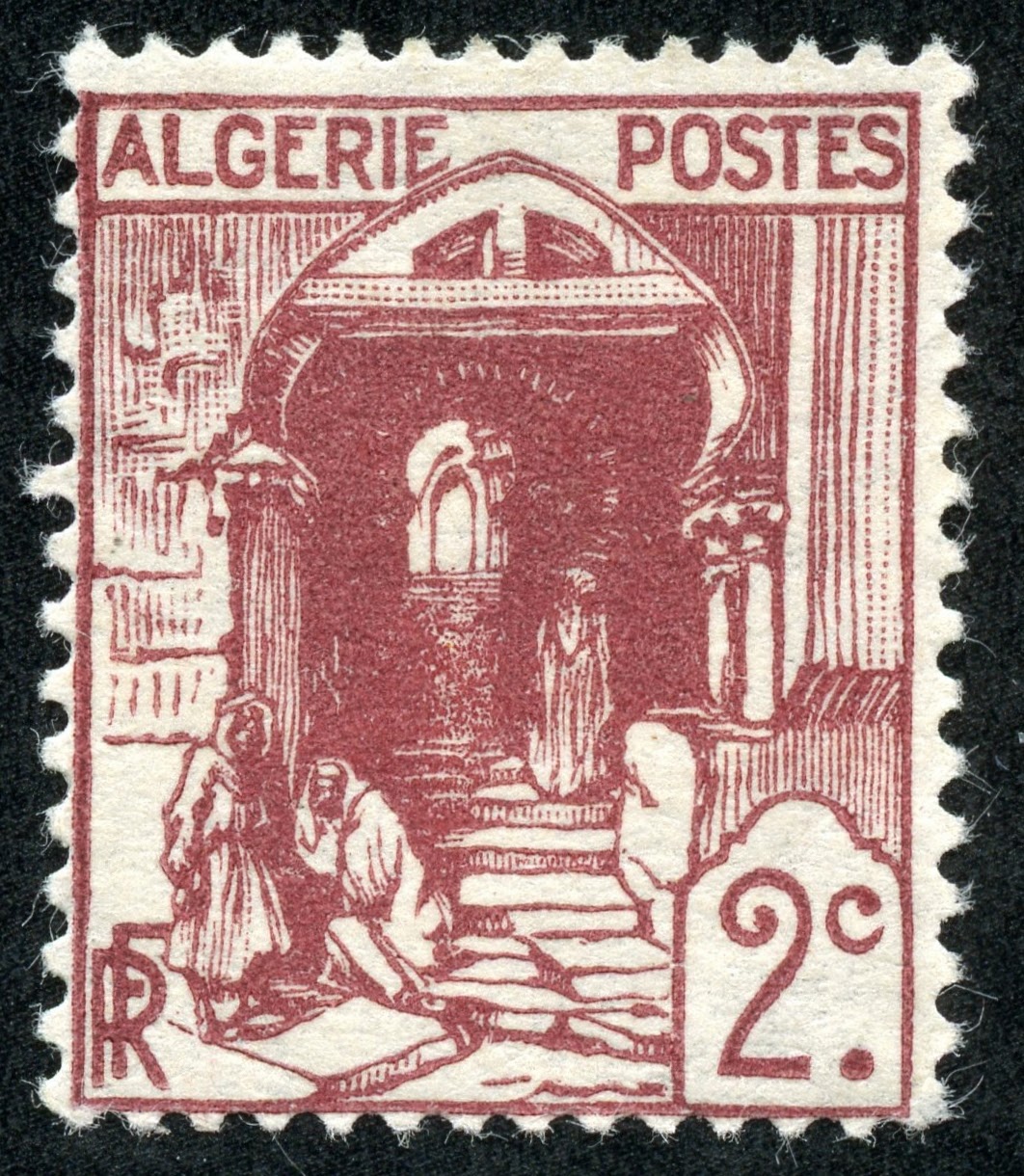 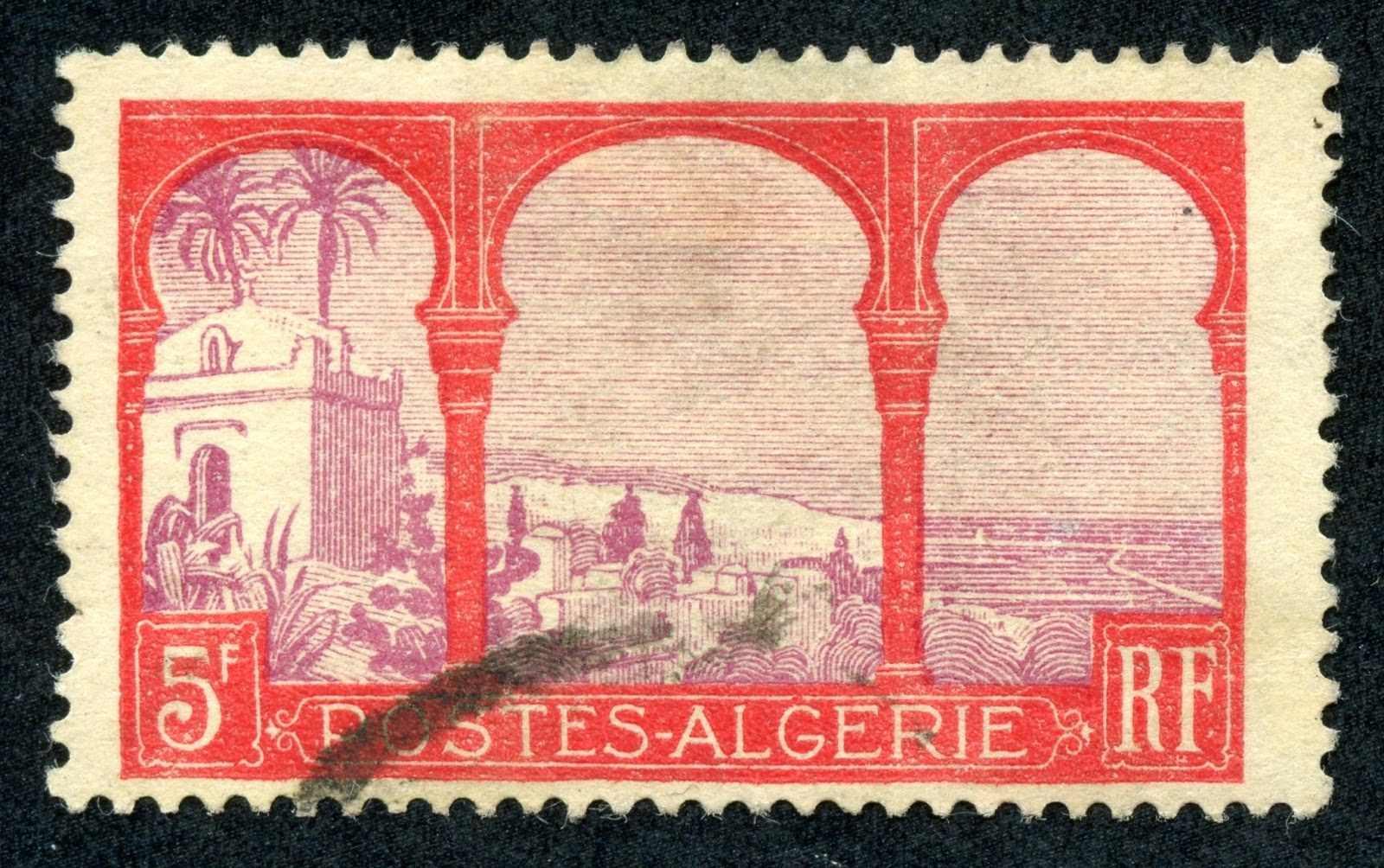 1926 Scott 65 5fr red & violet
"Marabout of Sidi Yacoub"
The higher denominations share this image, and only here does the CV begin to climb above $1+. 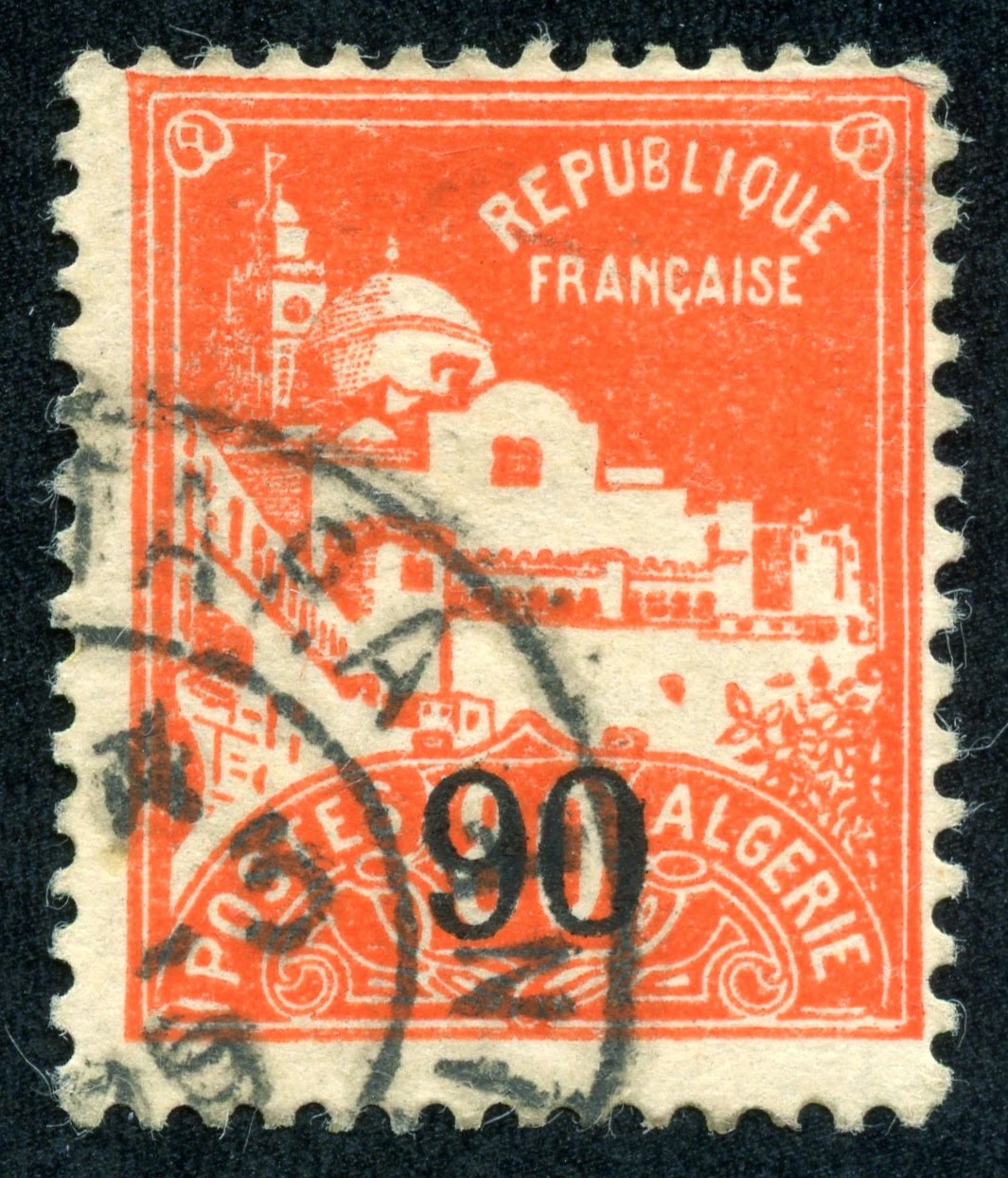 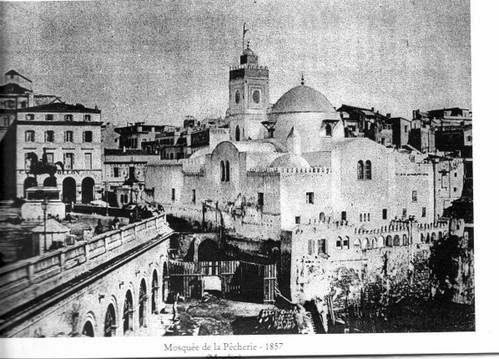 La Pecherie Mosque
Another view of the Mosque. 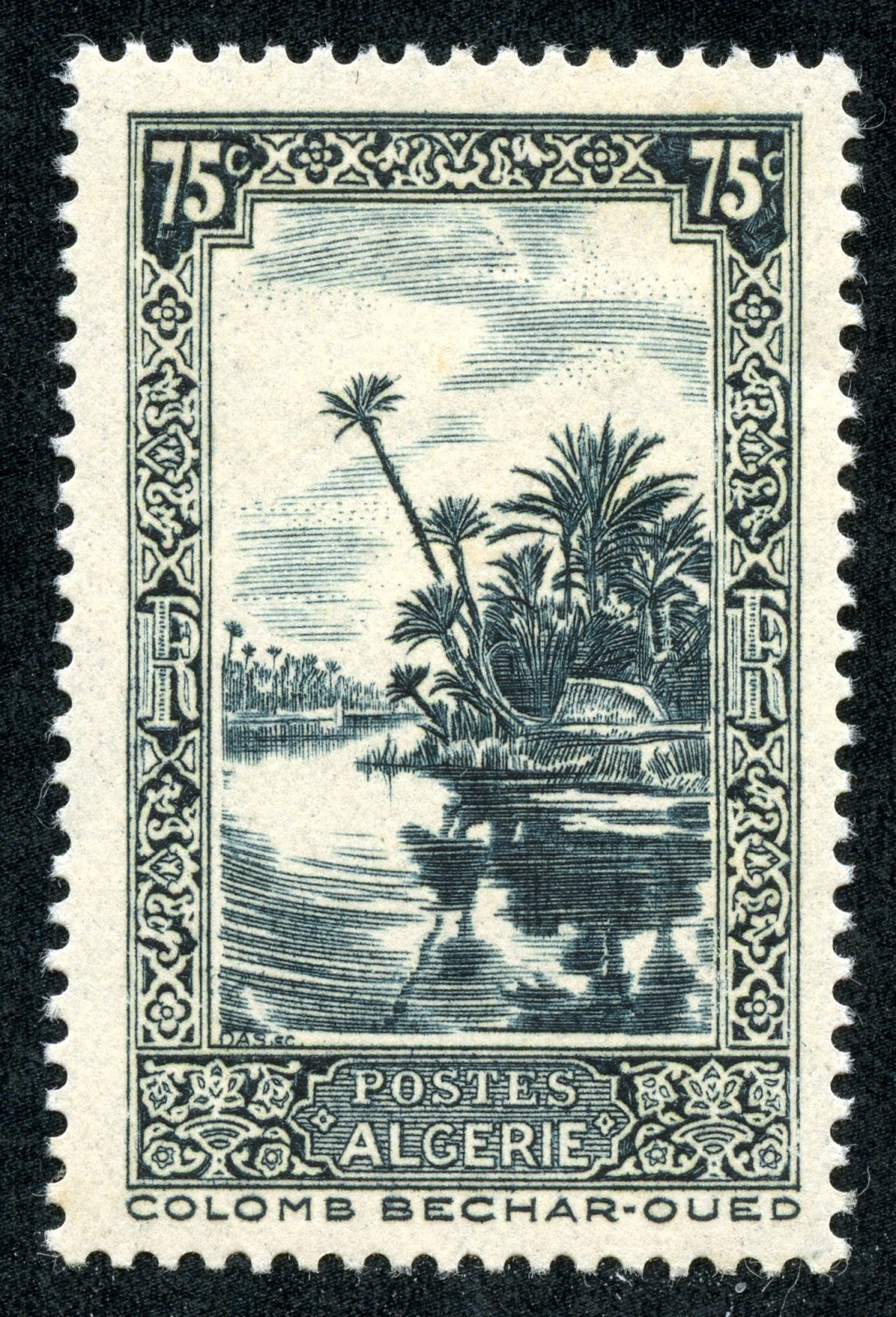 1936 Scott 94 75c slate blue
"Oued River at Colomb-Bechar"
Between 1936-41, a lovely 31 stamp pictorial issue was released. We will take a look at the eight designs, in no particular order.

The Oued Ksob is a river in (now) western Morocco that empties into the Atlantic ocean. A French Foreign Legion post was once located at Columb-Bechar. 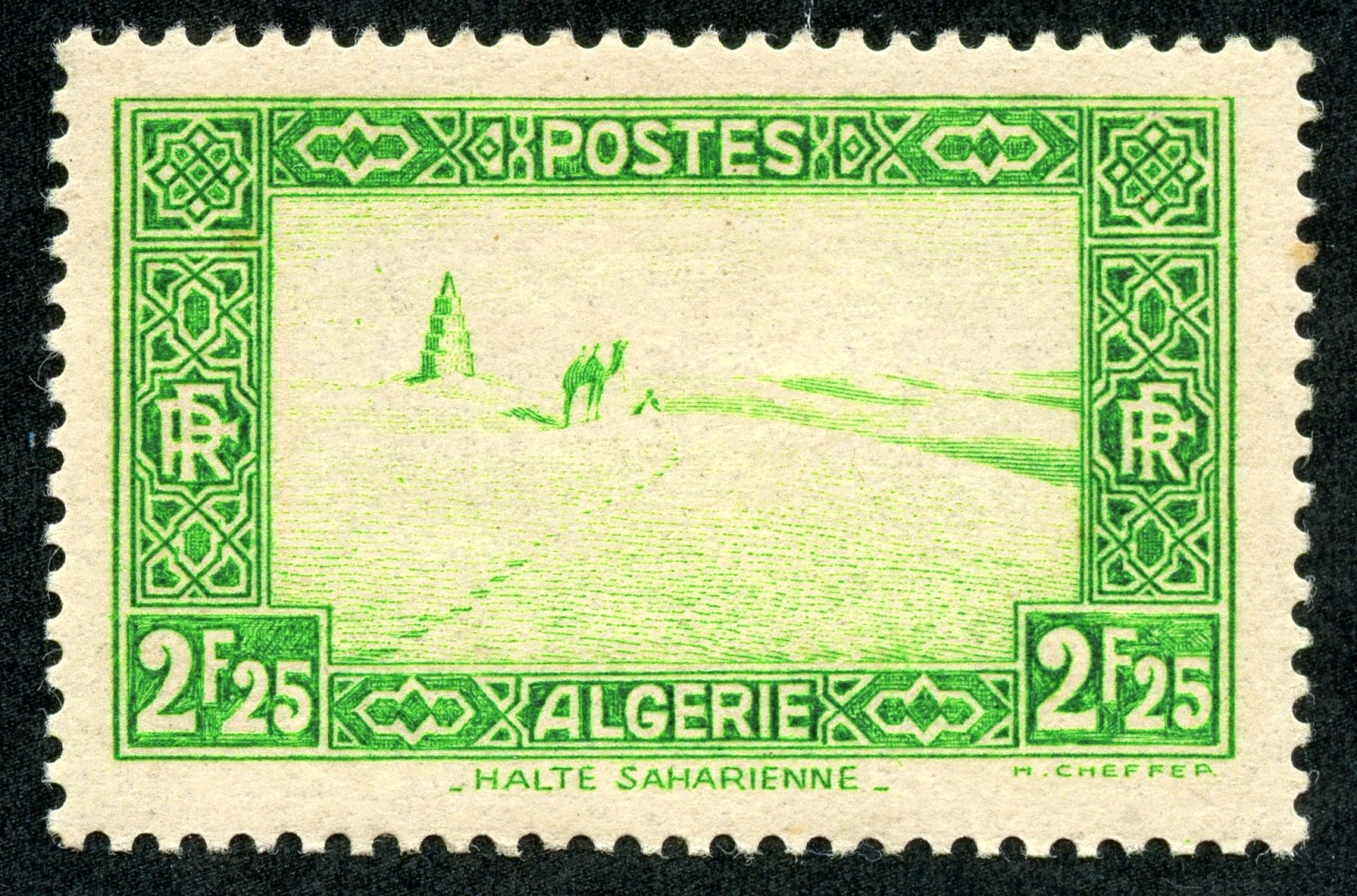 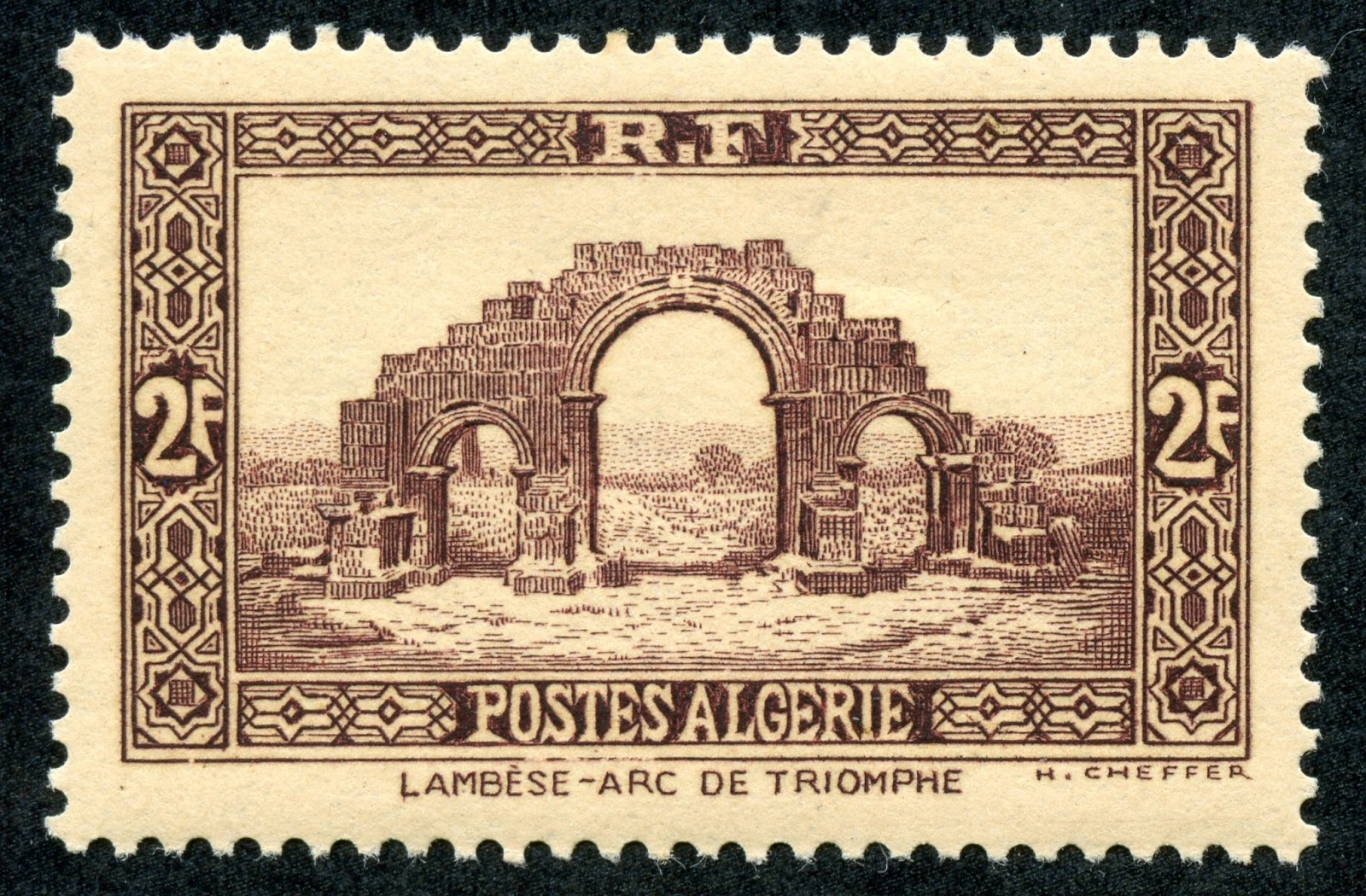 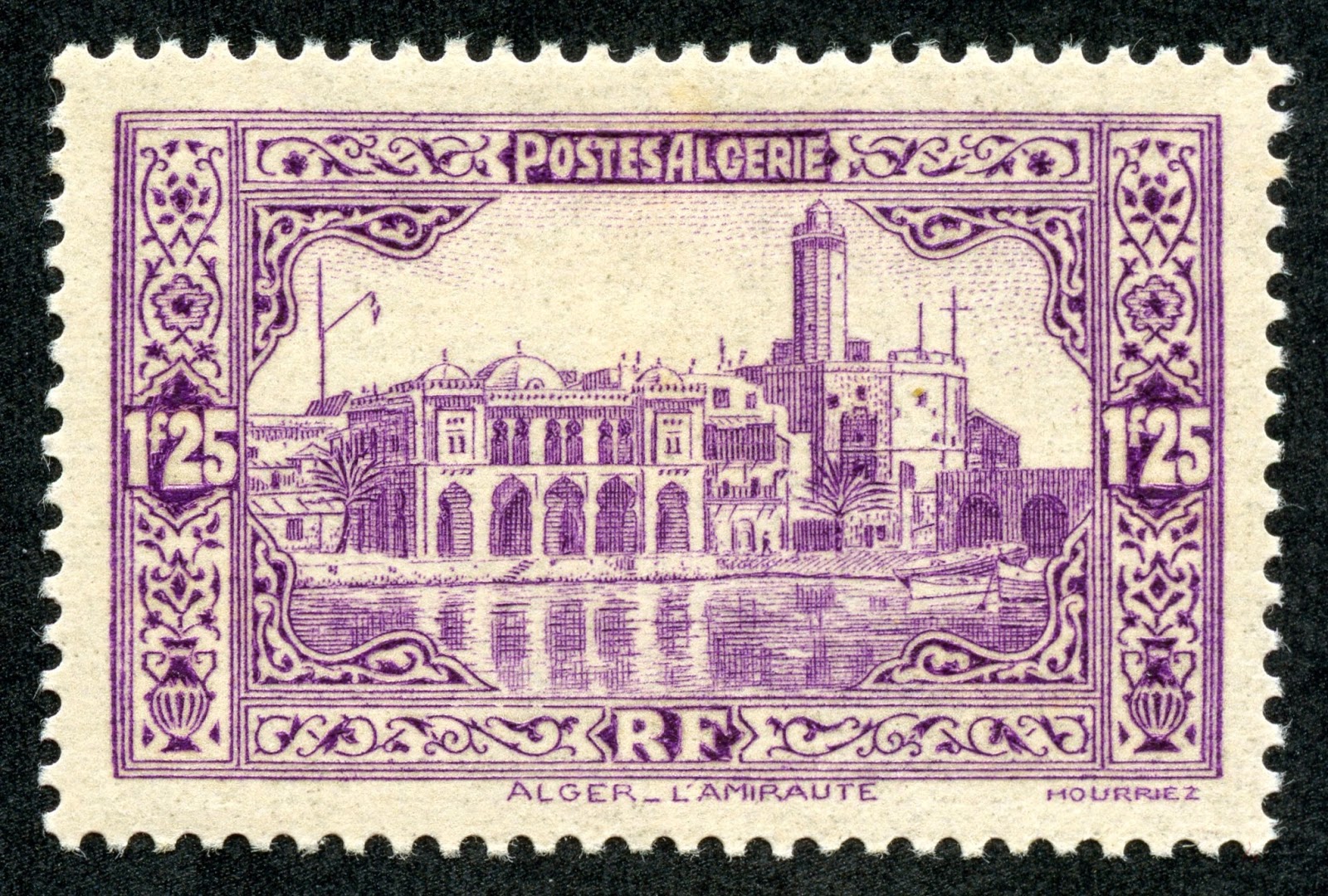 1936 Scott 97 1.25fr light violet
"Admiralty Building, Algiers"
The heavy scroll work around the frame is characteristic of the issue. 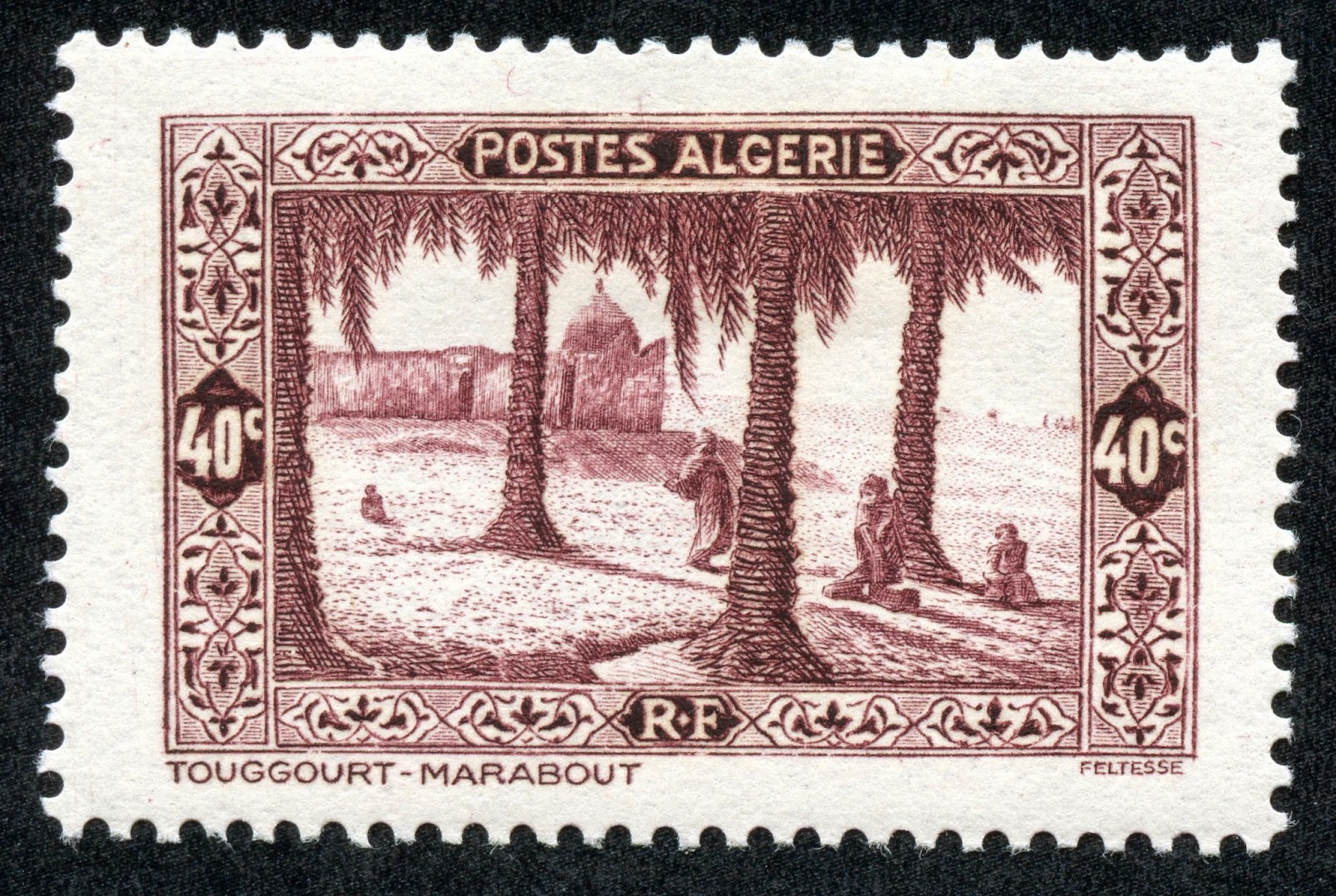 1936 Scott 88 40c brown violet
"Kings' Tombs near Touggourt"
Touggourt is located next to an oasis in the Sahara. 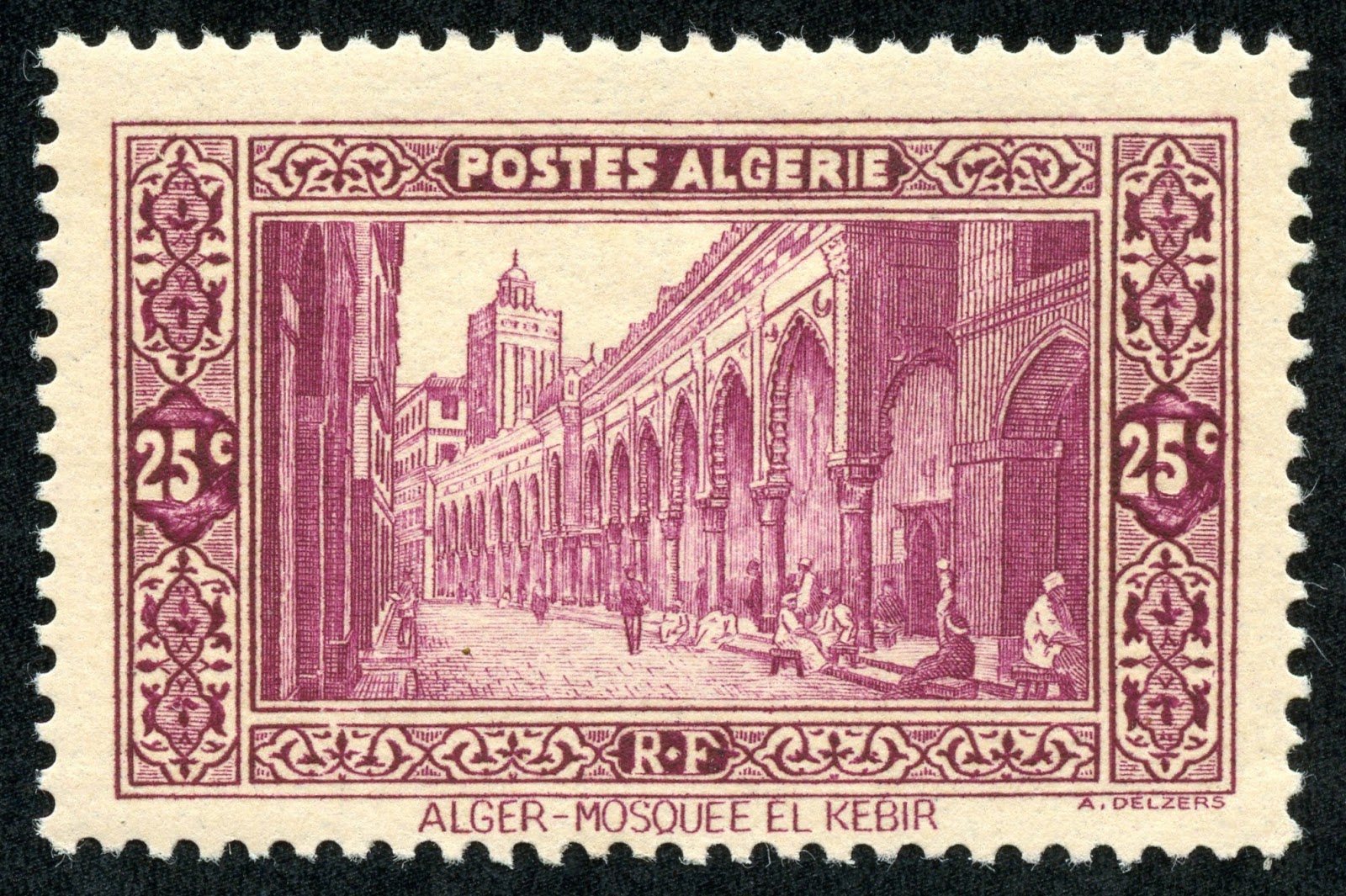 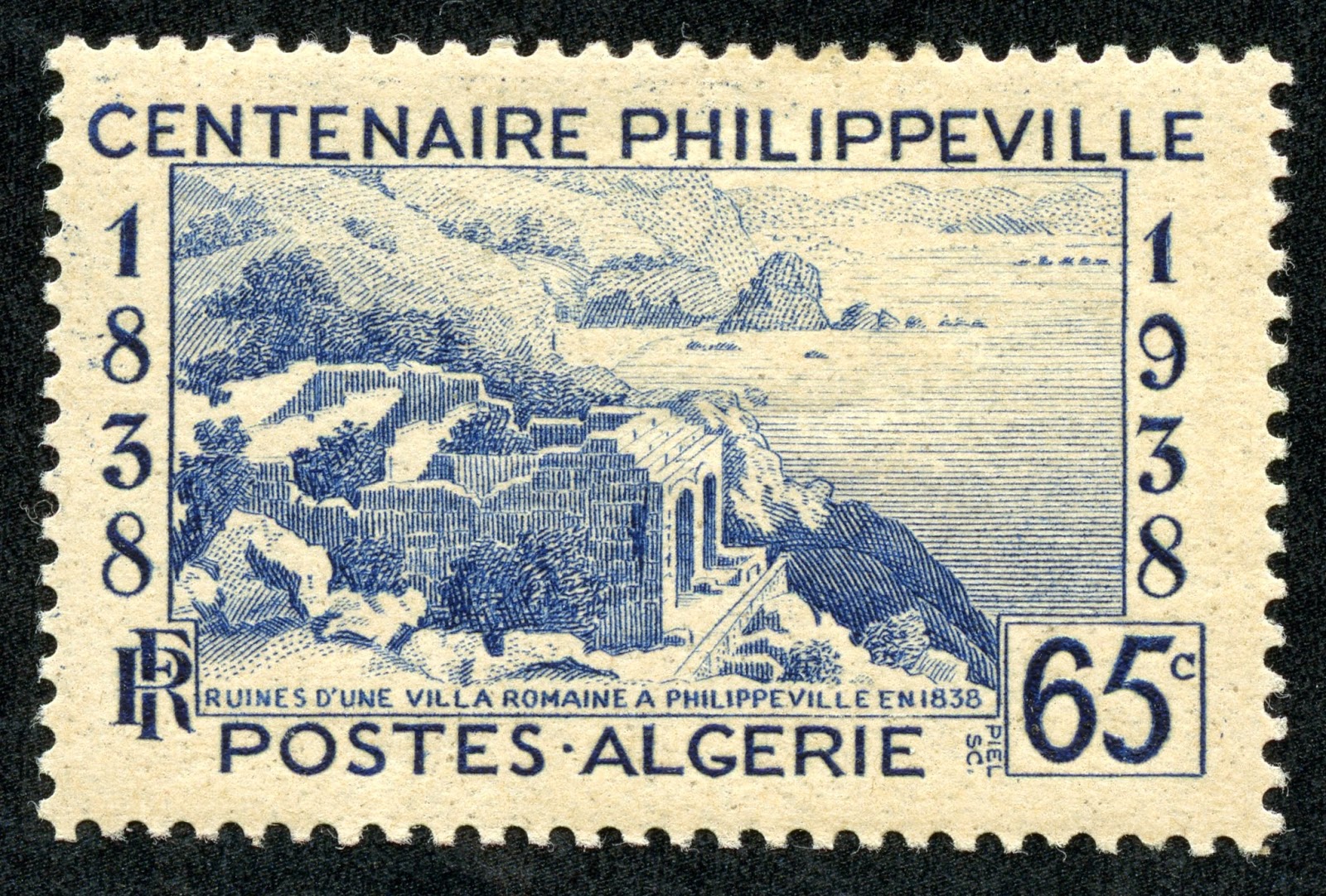 1938 Scott 118 65c ultramarine
"Ruins of a Roman Villa"
Philippeville (now Skikda) was founded in 1838 by the French on the ruins of an ancient Phoenician city. For the centenary, a five stamp issue was produced in 1938. 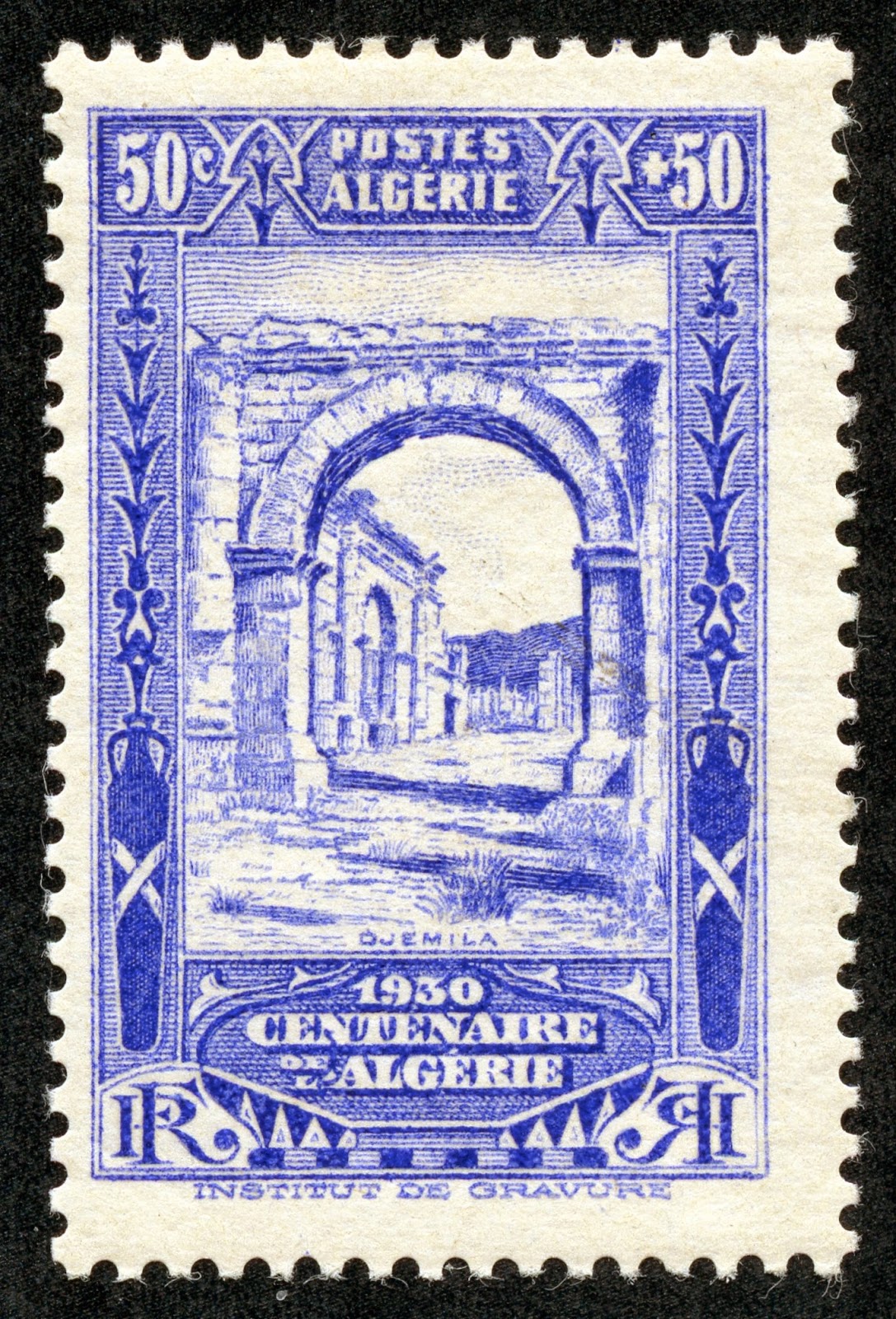 1930 Scott B20 50c + 50c ultramarine
"Ruins at Djemila"
This 1930 semi-postal shows Djemila, a village in mountainous Algeria, where some of the best Berbero-Roman ruins have been preserved. 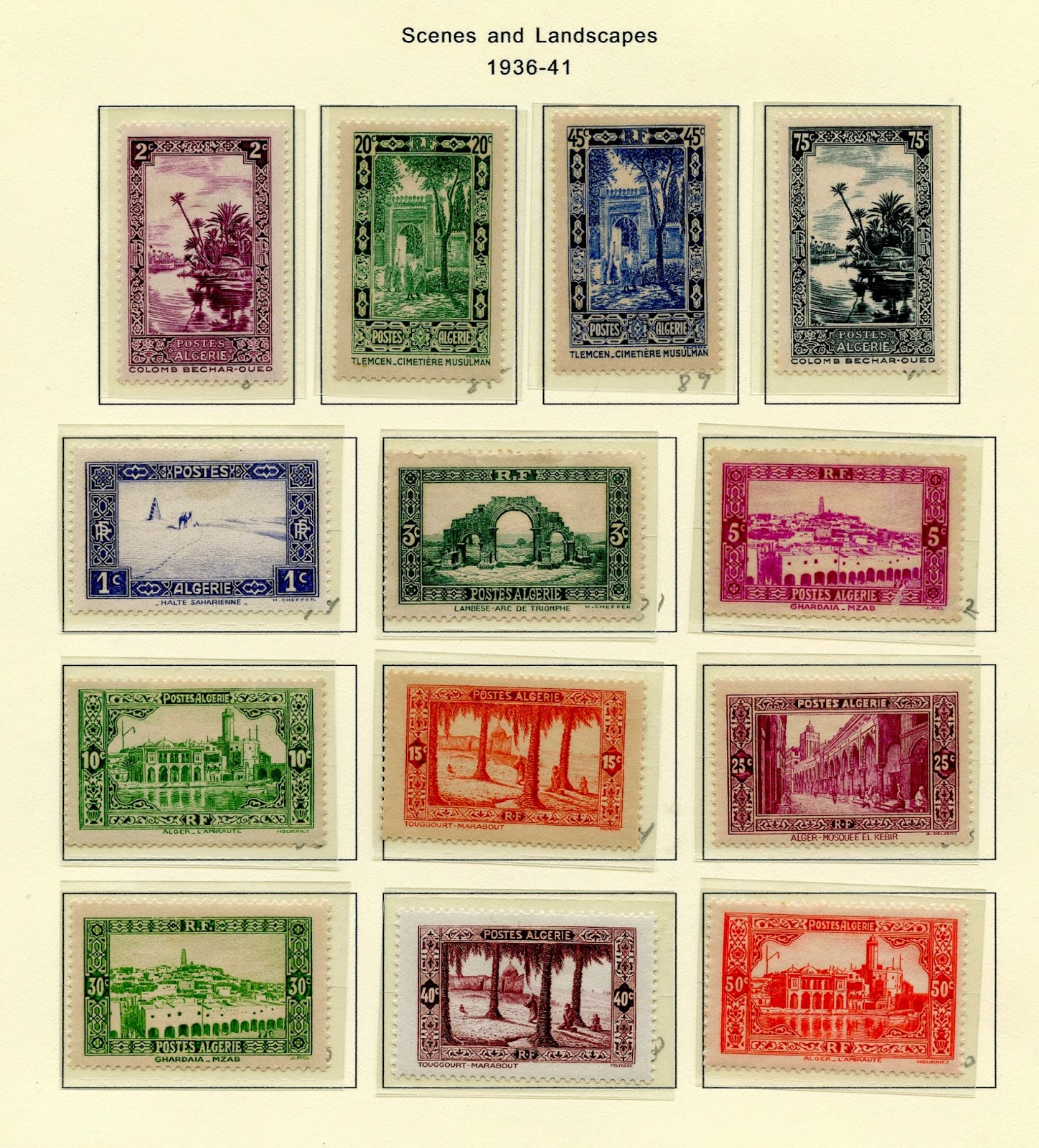 Deep Blue (Steiner) has 12 pages for Algeria, and all the major numbers in Scott have a space. 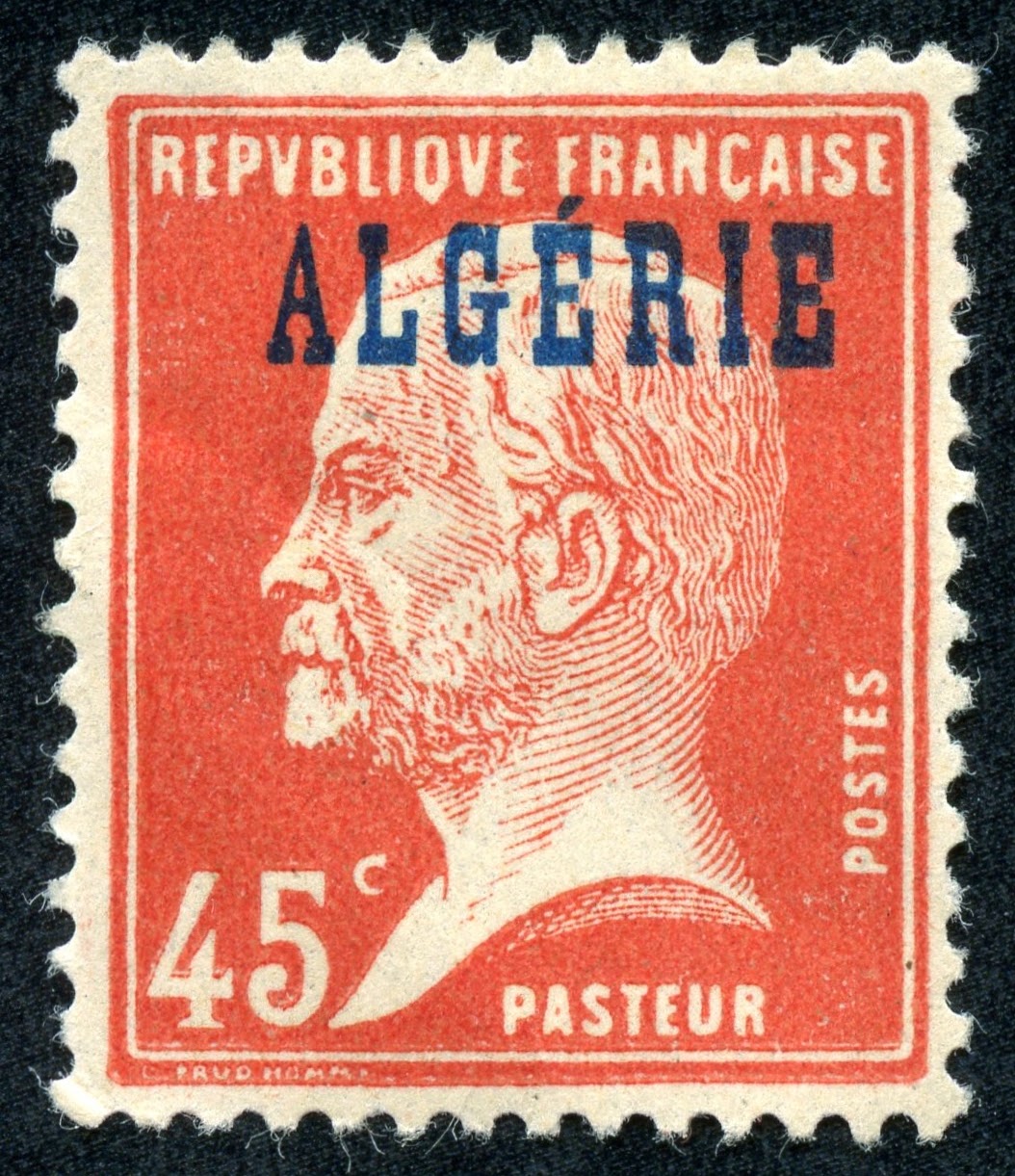 Note: La Pecherie Mosque pic appears to be in the public domain.
Note: These images are added to the original Algeria post.