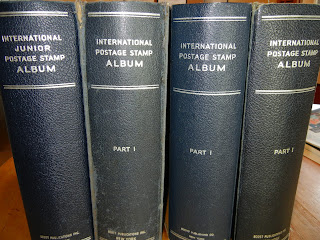 As of March 1,2011 the" Kinds of Blue" section for all the "A" countries has been updated with the coverage differences, if any, between the 1969,1947 and 1941 Big Blue editions.  I have now received the 1997 edition, and save for changes in Austria, and the absence of Anjouan , the 1969 and 1997 editions through the "A" countries provide identical coverage.