Norway’s stamps provide interesting distractions for generalist collectors. I’ll mention three, each of which could become a full-time obsession.

Norway holds the record for stamps with coiled post horns -- so many of them that even specialists complain and sometimes give up due to headaches. The definitive post horn surmounted by a crown first appeared on Christmas Day 1871 and has been around ever since. Last Christmas marked its 150th anniversary. 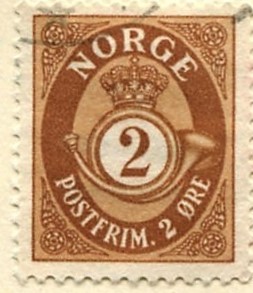 Post horns, brass instruments lacking valves, were used by coach guards to announce arrivals, departures, and other warnings. They fell into disuse, of course, when horse drawn coaches were replaced by trucks with internal combustion engines and horns that sound only one or two notes. Guards could sound as many as six which, for instance, allowed them to signal “Get your chickens out of the way, we’re not stopping.”

The post horn’s versatility caught the ears of such composers as Mozart and Mahler who used them in serenades and symphonies (2).

Post horn stamps can be sorted according to watermarks, perforations, die type, solid or striped backgrounds, inscription fonts, whether there’s a “break” in the horn drawing and, if there is, the size and exact location of the “break.”. An uncounted number of shades, some original and some due to fading, add to the varieties. Sometimes the period is omitted after “postfirm.” Confusion is inevitable. Sometimes the colors listed in Scott’s catalog disagree with the color descriptions in Big Blue spaces.

Local Norwegian stamps offer another specialization, equally complicated but with greater design varieties. There are many of these because Norway’s Post did not offer house to house delivery in the early years. So town authorities filled the gap. Often the design reflects something about the local where the stamps were used – turrets for Bergen, salmon for Aalesund, elk for Tromso, and so forth. Local stamps, rather than the post horn definatives, offer better insights into Norwegian life and culture. Most are inscribed “Bypost” which means “town post.” Reprints and forgeries are common. Listings can be found online (3). 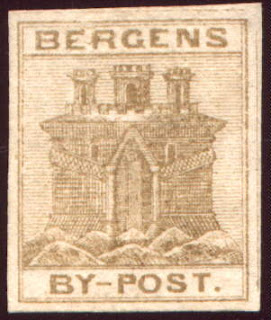 I’ll mention one more specialization that interests me, a hybrid of sorts that involves a Norwegian polar explorer/diplomat, revenue stamps, and the League of Nations. 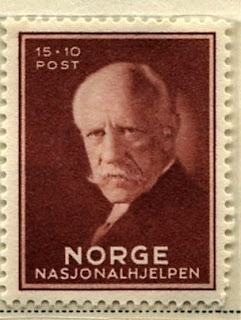 World War I and the Russian Bolshevik revolution produced well over a million refugees, people who could neither return to their home countries nor remain where they had fled. Complicating matters, they could not get passports or other proper identification. The League of Nations called on Nansen, the explorer turned diplomat, to find a solution. As the result, from 1922 to 1938 stateless people could apply for a “Nansen Passport” issued by the League. Some 450,000 were issued, many of which bear a five franc gold stamp with Nansen’s likeness – the new face of refugee justice. 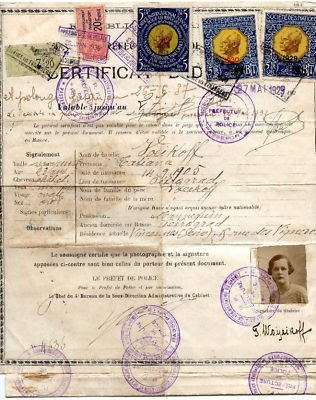 Collecting these stamps, especially when affixed to passports, has become an expensive hobby. Yet, for those of us who have refugee ancestors or who care about justice for refugees, the attraction to these revenue stamps is great. Given the current number of stateless refugees today, we need new Nansen-like solutions.

Jim's Comments
By 1814, Sweden and Norway, although each sovereign (Norway had just ratified a constitution), had the same King and foreign policies. But Sweden was the leading state, and the King generally resided in Stockholm. With the rise of national identity (Example: Edvard Grieg and the incorporation of Norwegian folk music into his compositions), the Norwegians were increasingly unhappy with this arrangement.
The first stamp of Norway in 1855 had the "Lion Coat of Arms", but the 1856-57 issue had the visage of King Oscar I. He was both King of Sweden and King of Norway from 1844- 1859. This was followed by Charles IV (1859-72), and Oscar II (1872-1905). Oscar II can be found on the stamps of 1877-78. But, for the most part, Norway used the "Post Horn" motif.
Finally, Independence (from Sweden) was declared in 1905- actually, a peaceful separation. The monarchy form of government was retained, however, and Haakon VII ( the former Prince Carl of Denmark) became the first independent Norwegian king in 586 years.
Norway tried to stay neutral in WW II, but was invaded by the Germans. They set up a collaborating government, under Vidkun Quisling, the minister president.
Norway 1855-1927 Blog Post & BB Checklist
Norway 1928-1940+ Blog Post
Page 1 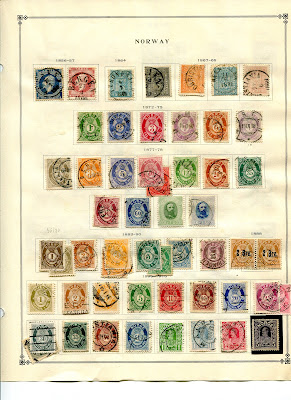 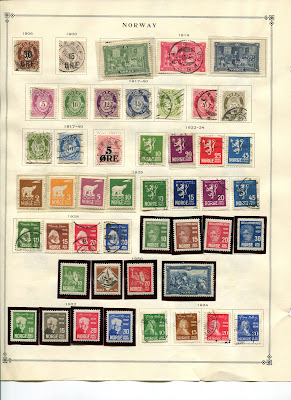 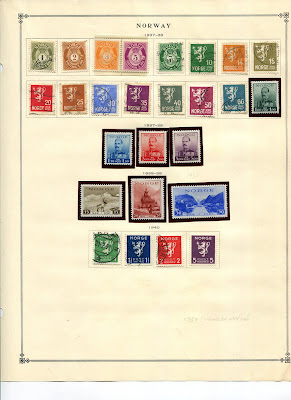 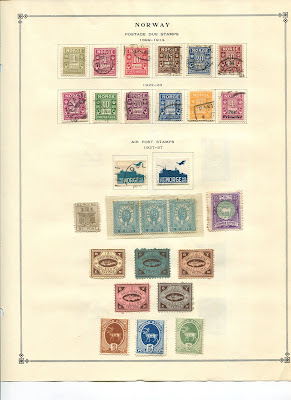 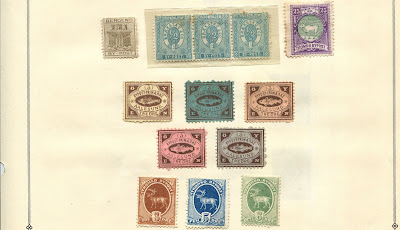 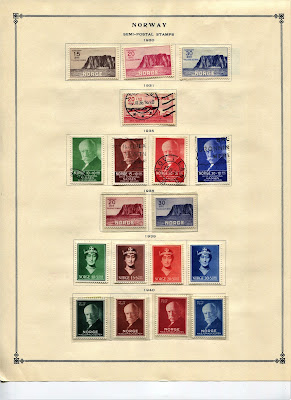 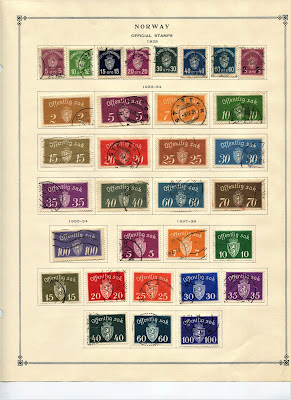 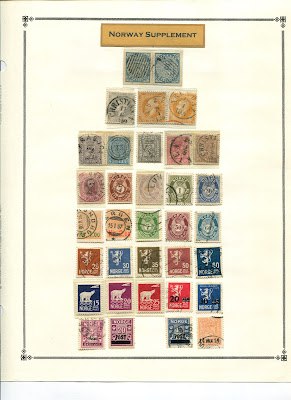 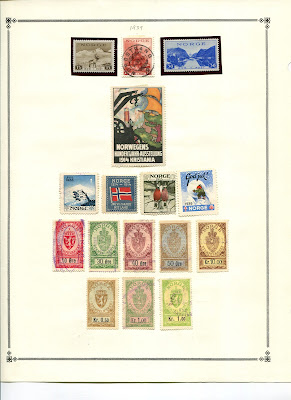 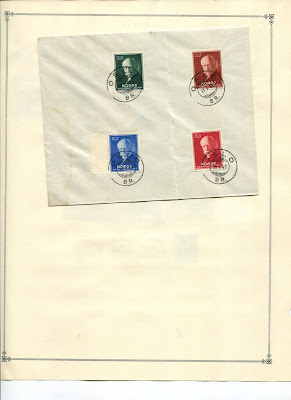