It is both possible and quite interesting to trace the League’s history during the 1920’s philatelically. To do that, look to the stamped covers and special authorized cancellations. Some SdN covers continue to be available in on-line auctions, a few of which have near-historical significance. The League’s 100th anniversary (2020) has likely made the covers increasingly scarce, however.

I’ve chosen two covers from my collection for this post.

The cancellation sheets, favored by collectors in the 1920s, are scarcer than the covers. These sheets are comprised of either SdN or Swiss stamps cancelled on the days of League related conferences and meetings. The SdN overprinted stamps shown here were all cancelled in Geneva while the Swiss stamps were cancelled in the city where the meeting/congress was held. Cancellation sheets for meetings in Lausanne, Rome, and Locarno appear in this post

Motta, a Swiss diplomat, served as the League’s president (1924-1925) and was honorary president of the League’s first assembly, 1920. As the chief Swiss delegate from 1920 until his death in 1940, he advocated membership for Germany, Switzerland’s most important economic partner in the inter-war period, but opposed the admission of the Soviet Union. He wanted to make the League something more than a coalition of WWI victors -- an idea disputed by France and hampered by the absence of the United States. 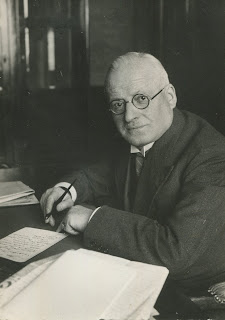 The International Peace Congress held at The Hague, 10-15 December 1922, was convened by the Amsterdam International Federation of Trade Unions. Delegates attempted to find common ground between unionist and the peace movement, but results were disappointing. Russia introduced a series of pro-labor and war related policies that were never adopted. This was not an SdN-sponsored congress.

The cover, dated 12 December 1922 and addressed to (Antoine) Velleman, was forwarded to The Hague where, possibly, he was translating for the Peace Conference. Velleman is credited with the invention of the simultaneous translation system which allowed the League to conduct its business in real time. The draft reply penned on the reverse of the cover references the Congress. 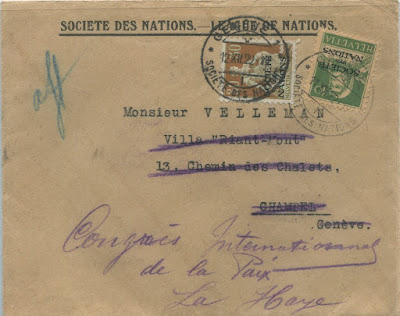 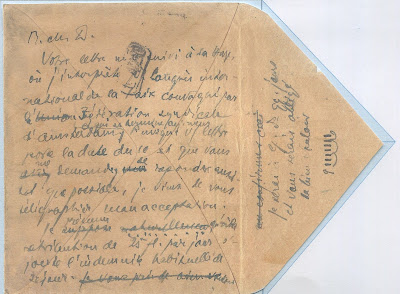 The Treaty of Lausanne, finally signed on 24 July 1923, officially ended the war between Turkey and the allied forces of Britain, France, Italy, Japan, Greece, Romania and the Serb-Croat-Slovene State, which had continued since the onset of World War I. The Treaty defined the borders of modern Turkey, except for those with Iraq. Turkey ceded claims to the remainder of the Ottoman Empire and, in return, the Allies recognized Turkish sovereignty within its new borders.

The treaty, composed of 143 articles, deals with such matters as trade, borders, protection of minorities, access to the Turkish Straits, and various binding letters. Among the agreements achieved: foreign governments could no longer operate their own post offices in the new Turkey (see Big Blue’s pre-WWI sections for Russia, Great Britain, Germany and France). The future of Mosel and Iraq, including postal authority, remained undefined and the matter was deferred.

The League authorized two cancelations for the duration of the Conference. The sheet with Swiss airmail stamps (shown below) has both cancels – dated 25 May 1923 – on Lausanne-Palace Hotel stationary. Both French and Turkish delegates stayed at this hotel, causing considerable “chatter” at the time. 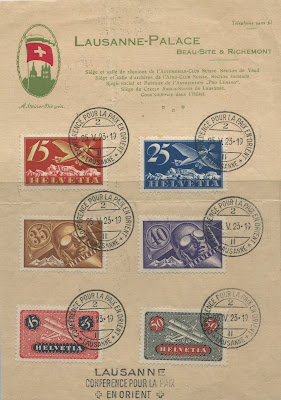 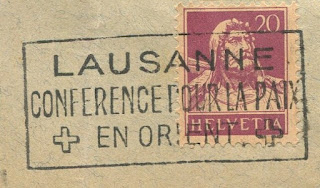 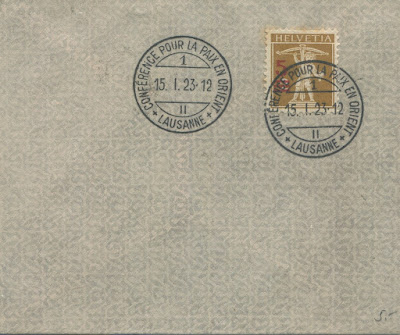 The 32nd League session, meeting in Rome on 8-13 December, 1924, had agenda items with philatelic implications -- for example the frontier between Turkey and Iraq and the British mandates for Iraq and Palestine. These matters remained unresolved even though they had been partly “settled” a year earlier.

In commenting on this session, Aristide Briand, the French representative and a former French Premier, said "The League of Nations will become great and powerful only when America enters it" (New York Times, 13 December 1924). He hoped for American assistance in arbitrating wars out of existence which, of course, he did not get.

The sheet of 12 canceled SdN stamps (below), bears Geneva 1 postmarks. 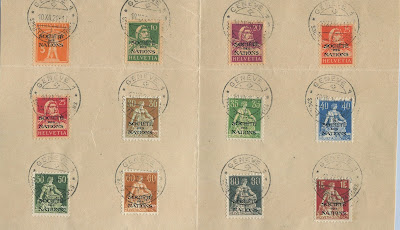 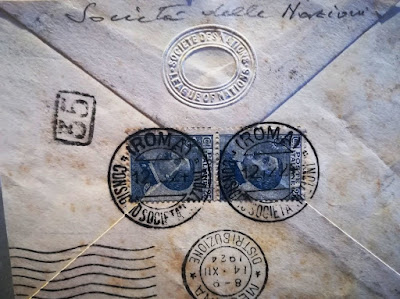 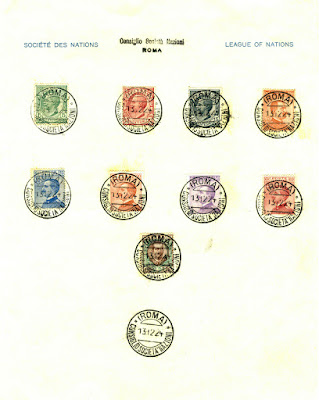 The Pact of Locarno (1 December 1925) produced a reconciliation between Germany and the major League members -- France, Belgium, Great Britain, and Italy. Widely acclaimed as a practical pattern for avoiding war, it “guaranteed” permanent peace in Western Europe. Central and South-Eastern Europe, it was hoped, would soon follow, then perhaps the whole world. Germany, as a result of this success, was allowed to join the League (September 1926).

In 1936, however, Germany rejected the Locarno agreements and invaded the neutral Rhineland. Locarno had failed and, for fear of starting a war, the other League members did nothing to prevent it. 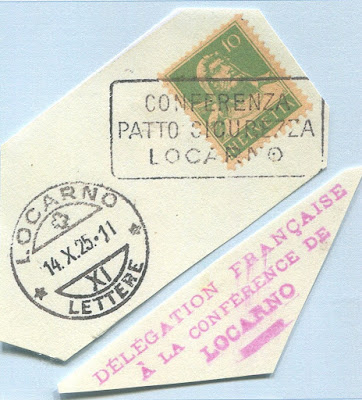 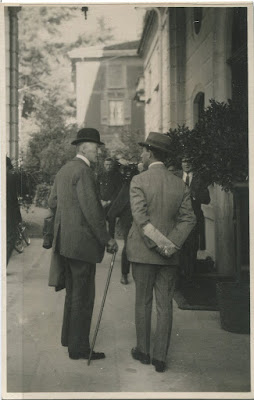 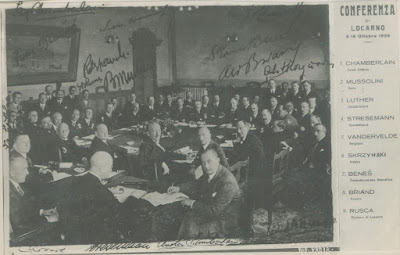 Discussions about the philatelic fruitage of other League sponsored sessions and conferences will continue in future posts of this series.