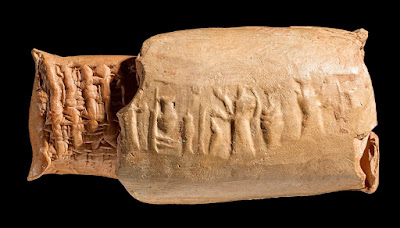 Except for the 1928 British Mandate issues, BB’s Iraq selections show repetitious crowned heads, some with value changes overprinted. The 1969 BB omits the overprint recapitulation for official stamps, as found in earlier BB editions. But, since these overprints abound in feeder albums, I’ve given space to an assortment on the supplement pages.

Some of the scenic views on the British Mandate stamps, including the mosques, sustained damage during the Iraq War.

Mail service in what is now Iraq can be traced back to Assyrian times, perhaps the 8th century BCE. Some authorities give an earlier date. Cuneiform messages were impressed on wet clay tablets with reed stylists. Some of these were enclosed in clay envelopes with addresses. As best as I can translate, the above example reads, “Ms. Hammurabi will be at home Thursday next at 4 PM and requires the pleasure of your company for tea.” Well, maybe not.

Iraq has seen Akkadian, Sumerian, Assyrian, Babylonian, and Chaldean empires. The Abbasid Caliphate built Baghdad in the 8th century, and was the leading city for five centuries in the Arab and Muslim world, until overrun by the Mongols.

The Ottoman Empire controlled the territory from 1533-1918. During WW I, the area was occupied by the British, and Mesopotamian stamps were issued from 1917-1920.

Iraq stamps proper, under British mandate, began in 1923. The mandate was terminated in 1932, and the Kingdom of Iraq, under King Faisal I and King Ghazi, continued with both regular and official stamp issues through 1938. 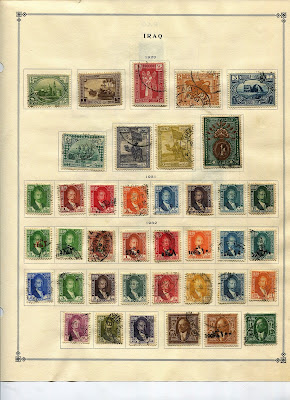 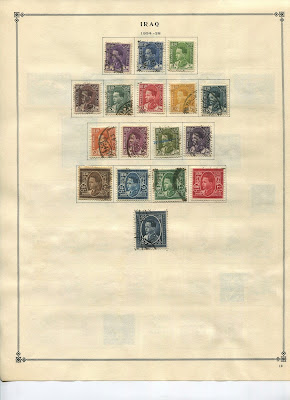 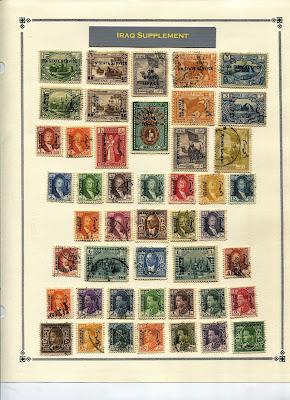 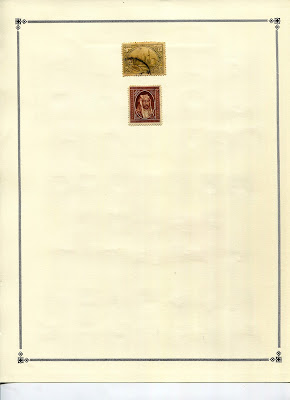