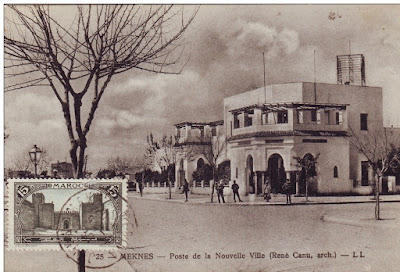 French foreign post offices in Morocco were much more elaborate than those in other countries (see above; for a more imposing example, see page 3, row 2 below). Moreover, the stamps are more interesting, local architecture being featured in 1917 and thereafter.

The philatelic arabesque twists further because of competing extraterritorial post offices of Germany, Spain and Britain, not to mention the 1912-13 issues authorized by the Sultan of Morocco, four of which appear on the first supplement page.

Also, local postal services abounded; the last two supplement pages display some examples of their philatelic remains. Not all of them are directly connected to France, although most are. Then come the Tangier, Cape Juby and Rio de Oro overprints.

Convoluted? Messy? Dizzying? Like a redolent slow-cooked tagine with intense Moroccan spices? Yes, all the above, and delicious too.

Jim's Observations
Located on the northwest coast of Africa, the French had Offices in Morocco from 1891, but most of Morocco became a French Protectorate under the Treaty of Fez in 1912. This Protectorate lasted until 1956, when Morocco established independence.
French Morocco consisted of the area between Fez and Rabat and Casablanca south to Marrakesh, Mogador (Essaouira) and Agadir. The north of the country was actually a Spanish protectorate. Tangier was an "international" city with a French presence. 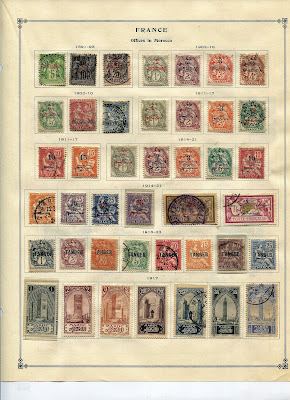 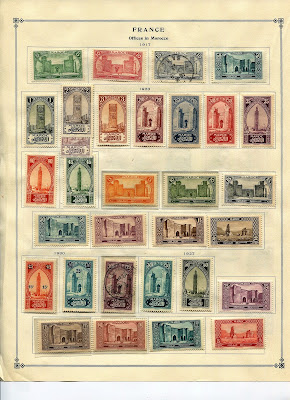 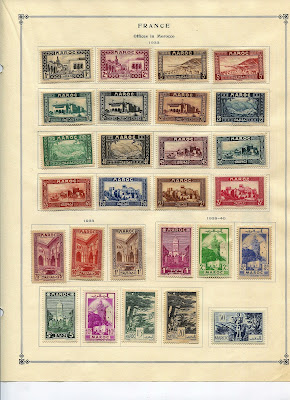 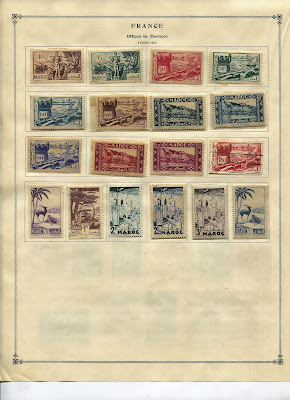 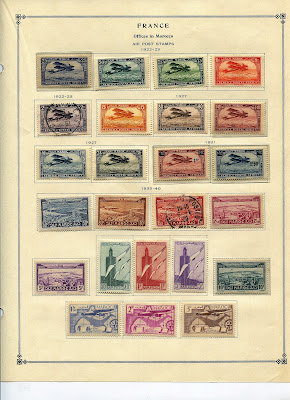 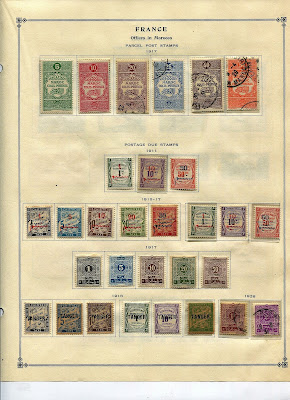 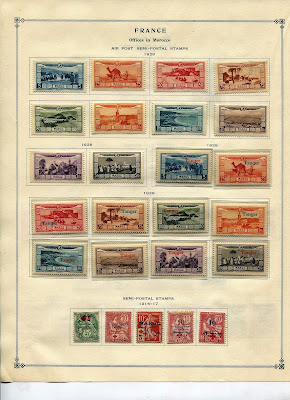 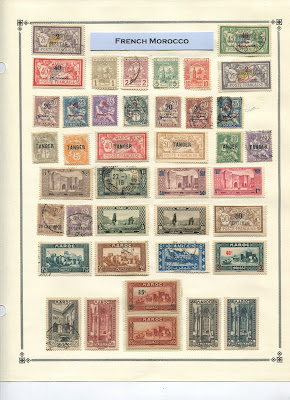 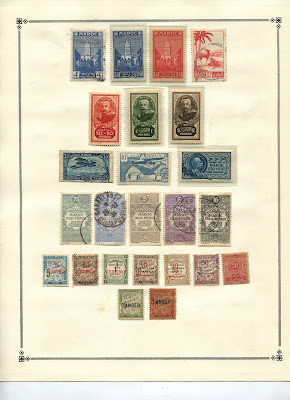 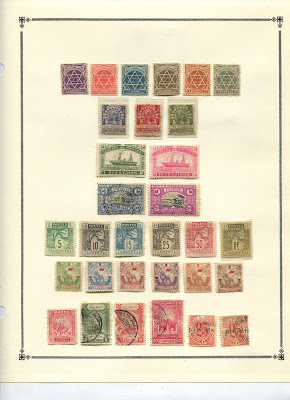 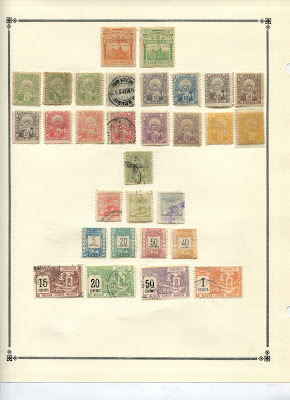