Currency changes generate album space fillers, early Costa Rican stamps being a prime example. Beginning with the 1863 reales, then moving to centavos and pesos (1883), and finally to centimos and colónes (1901), BB gives good coverage to these changes, except for the overprints required to use up the otherwise superannuated. Examples of the later appear in the header (above) and the supplement pages, some of which may bear favor cancels. These abound in feeder albums. Moreover, the supplement shows only one Guanacaste overprint, but I have several awaiting hinges.


The last Costa Rican BB space filled in my album is the 55 centimos official (page 5, bottom row) -- a cheap stamp, although fugitive and shy.

Jim's Observations
In 1838, Costa Rica declared itself sovereign over the loosely developed Federal Republic of South America based in Guatemala, and since then has been reluctant to affiliate itself strongly with other Central American nations. The first stamp in 1863 featured the National Coat of Arms.
The country has enjoyed a long period of democracy, and the army was constitutionally abolished in 1949. 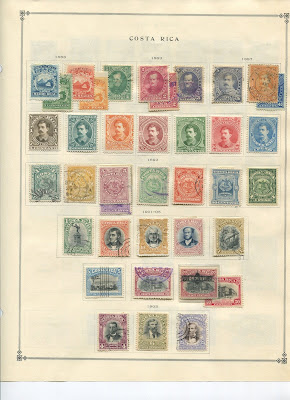 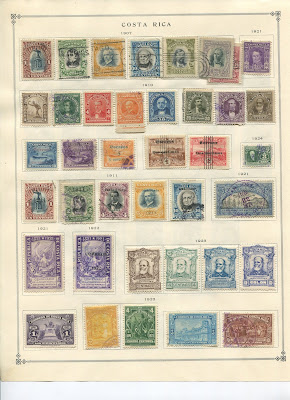 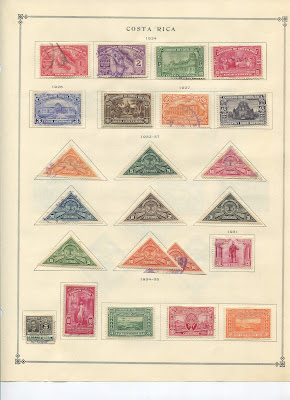 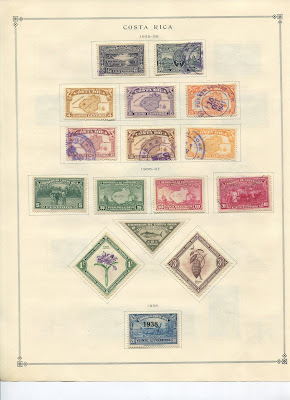 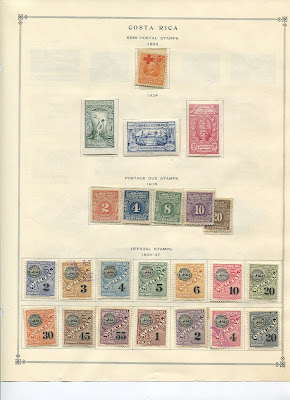 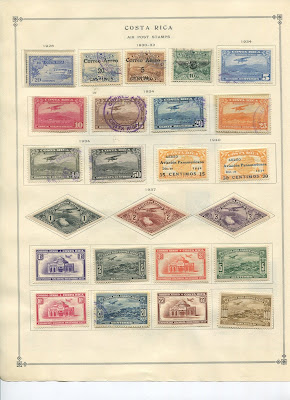 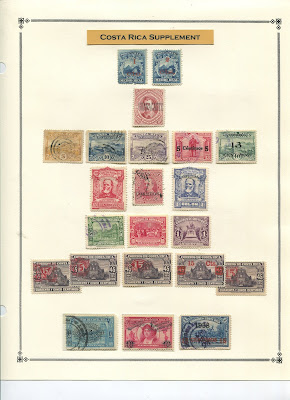 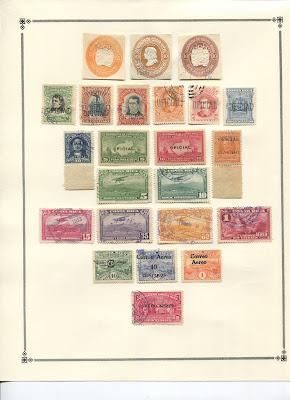 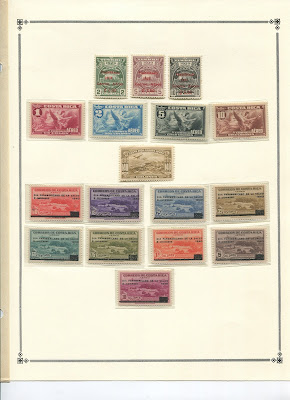 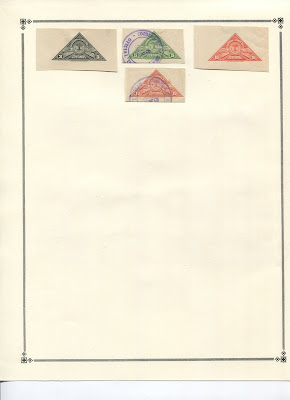 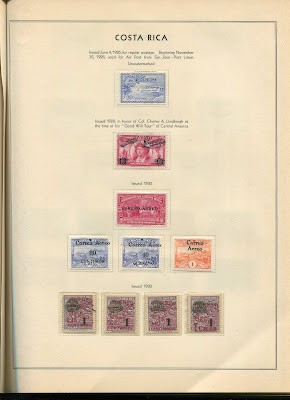