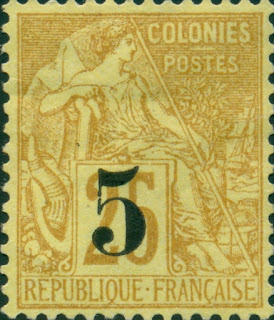 “Cochin” appears twice in BB as a country/state name -- Cochin China and Cochin India. These are, as nearly as I can learn from a hasty internet search, two different names with different origins and different routes toward the same European spelling. In India, the word comes from the southwest city of Kochi (Cochin) which in turn got its name from the harbor/lagoon/river on which it is located. Beyond that, philologists disagree. Vasco da Gama was buried in Cochin until repatriated to Portugal. More details follow in BB’s India section.

Cochin China was the name for the French colony that became part of South Viet Nam in 1954.  In this case, Cochin is a Portuguese corruption of Ko-chen, the meaning of which remains uncertain. It may be a related to the Chinese word for “little” or “little harbor.” In any case, philologists agree, the name has no connections with cochin chickens, a feathery oriental breed. “China” was appended to the name to distinguish it from the city in India.

BB grants spaces for four of five possible Cochin China stamps, including one that remained unissued. Before 1886, French Colonies stamps without overprints were used (see Saigon postmark in French Colonies supplements); after 1892, Indo-China stamps were provided. French Colony hand-stamped postage for Annam and Tonkin was also used in the late 1880s.

Jim's Observations
Although Cochin China had a small stamp issue, some larger lessons - in my opinion- can be learned. :
A) Big Blue's challenging areas are the corners and byways. Fascinating and fun. But truth be told- without looking for them very specifically, it will be a long time before one simply happens upon any Cochin China stamps.
B) A popular area -here French Colonies- has a greater chance of retaining a dubious non issued stamp (Scott 5 ) in the catalogue then a stamp with a shaky pedigree from say - Armenia. Scott is aware of who butters their bread.
C) Because it is worth the time to list them, expensive stamps can be found through a search of the major stamp auction internet sites. But if one is looking for, as Bob mentioned in his Blog (Filling Spaces)  about a Dealer dismissing "little nothing" stamps, the hunt is on.