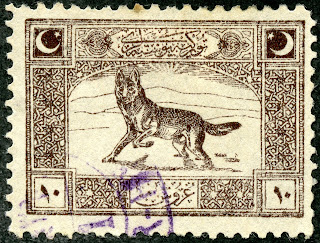 1922 Scott 83 10pi dark brown
"Legendary Gray Wolf"
Quick History
On November 13, 1918, Constantinople (Istanbul) was occupied by French and British troops. The Ottoman Empire collapsed, and the breakup of the Empire was initiated with the August 10, 1920 Treaty of Sevres. 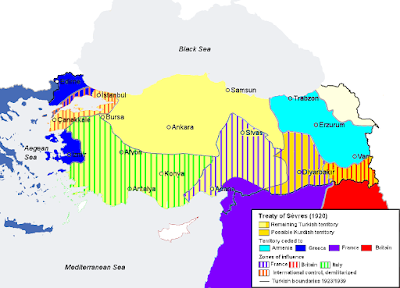 Treaty of Sevres 1920- planned partition of the Ottoman Empire
But the hostile terms of the treaty brought forth a vigorous nationalistic movement, led by Mustafa Kemal Ataturk. The Turkish nationalists fought the Turkish War of Independence. The Nationalist Government was formed in Anakara, and outside of an area around Constantinople, Turkey was controlled by them. 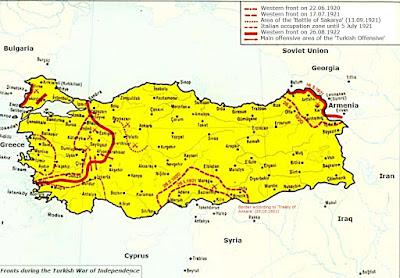 Turkish War of Independence- Western, Eastern, and Southern Fronts
The stamps of the era are referred to as "Turkey in Asia" or "Anatolia". From 1920 to 1922, stocks of old stamps were overprinted, or revenue stamps were handstamped "Osmanli Postalari 1336" for postal use. 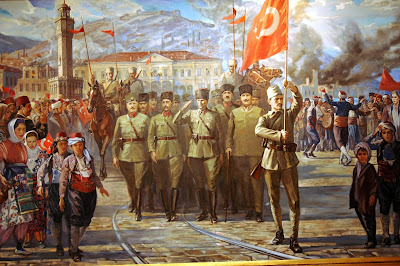 The Liberation of Izmir by the Turkish Army September 9, 1922
The Turkish War of Independence was successful, with the overthrow of the Ottoman Sultanate, the forced withdrawal of Allied forces from Anatolia, and, finally, the establishment of the Republic of Turkey. 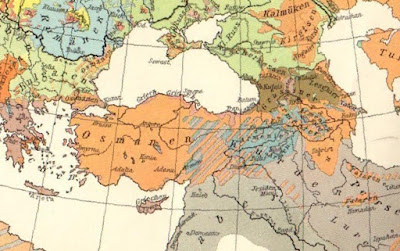 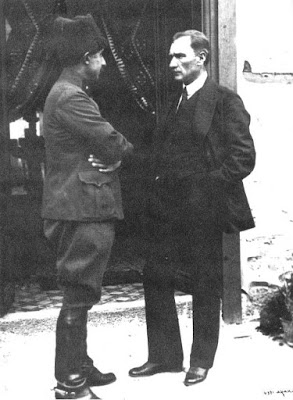 Mustafa Kemal Pasha  (right) with Ismet Pasha, Ankara, 1920
The July, 1923 Treaty of Lausanne created international recognition for the sovereignty of the new Republic of Turkey.

The Republic was proclaimed on October 29, 1923 in the capital of Ankara. Mustafa Kemal was elected as first President. 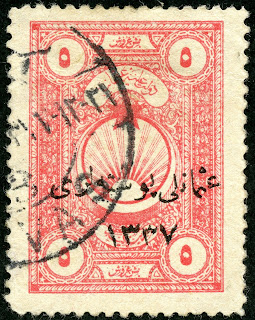 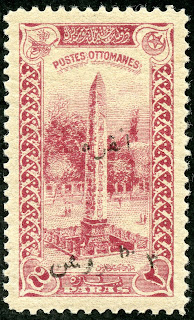 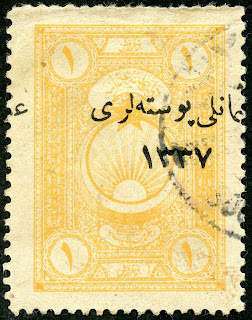 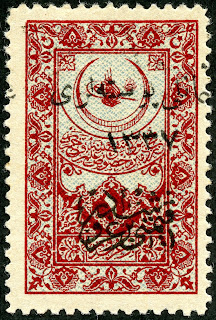 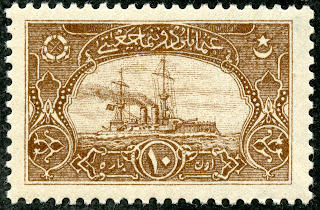 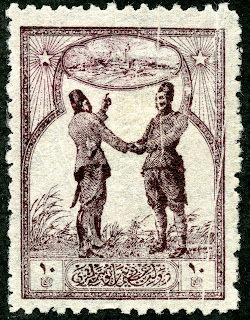 1922 Scott 78 10pa violet brown
"Pact of Revenge"
In 1922, a large lithographic issue (twelve stamps, each with a unique design) was released. Fortunately, The lower denominations have a modest CV (<$1-$2 for nine stamps), and should be collected by the WW classical era enthusiast. 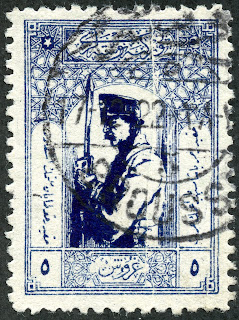 1922 Scott 82 5pi dark blue "Soldier"
The chosen design and scene topics are clearly related to the Turkish War of Independence, and are intended to reinforce nationalistic fervor in the movement. 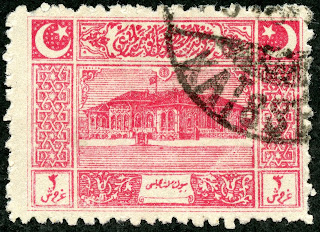 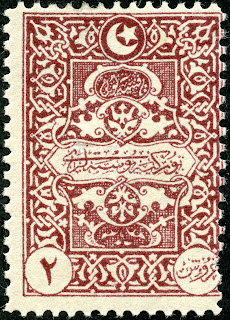 1922 Scott J3 2pi red brown
Postage Due
A wonderfully intricate design was used for the lithographic 1922 five stamp postage due set that was issued.

With the successful establishment of the republic on October 29, 1923, the Nationalist Government was supplanted by the Republic of Turkey. Stamps for the Republic were issued beginning in 1923.

1922 issue in Deep Blue
"First Parliament House, Ankara"
Deep Blue (Steiner) has eleven pages for the 1920-22 issues of the Nationalist Government. All of the major Scott numbers have a space. The first eight pages comprise the 1920-21 overprinted or surcharged revenue or Turkish stamps, and, because of high CV cost, will remain mostly empty for many WW collectors. 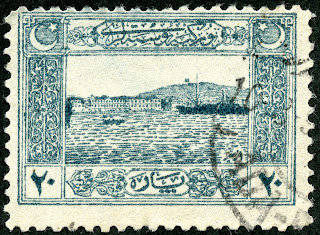 1922 Scott 79 20pa blue green "Izmir Harbor"
Big Blue
Big Blue '69, on 1/2 page (shared with Turkey Air Post on the last page of the the Turkey country pages), has twelve spaces for the lithographic issues of 1922. Big Blue, probably wisely, ignores all the overprinted or surcharged earlier 1920-21 issues that generally have a high CV.

There are no expensive (Threshold CV $10) stamps required.

As mentioned, the coverage is confined to the 1922 lithographic pictorial issue- a truncated seven spaces-, and the 1922 "Parliament House, Ankara" issue-  a truncated five spaces. 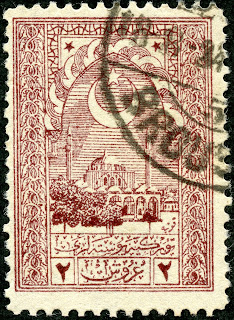 1922 Scott 81 2pi red brown
"Mosque of Selim, Konya"
Out of the Blue
An extremely interesting chapter in the history of Turkey, with stamp issues to match.