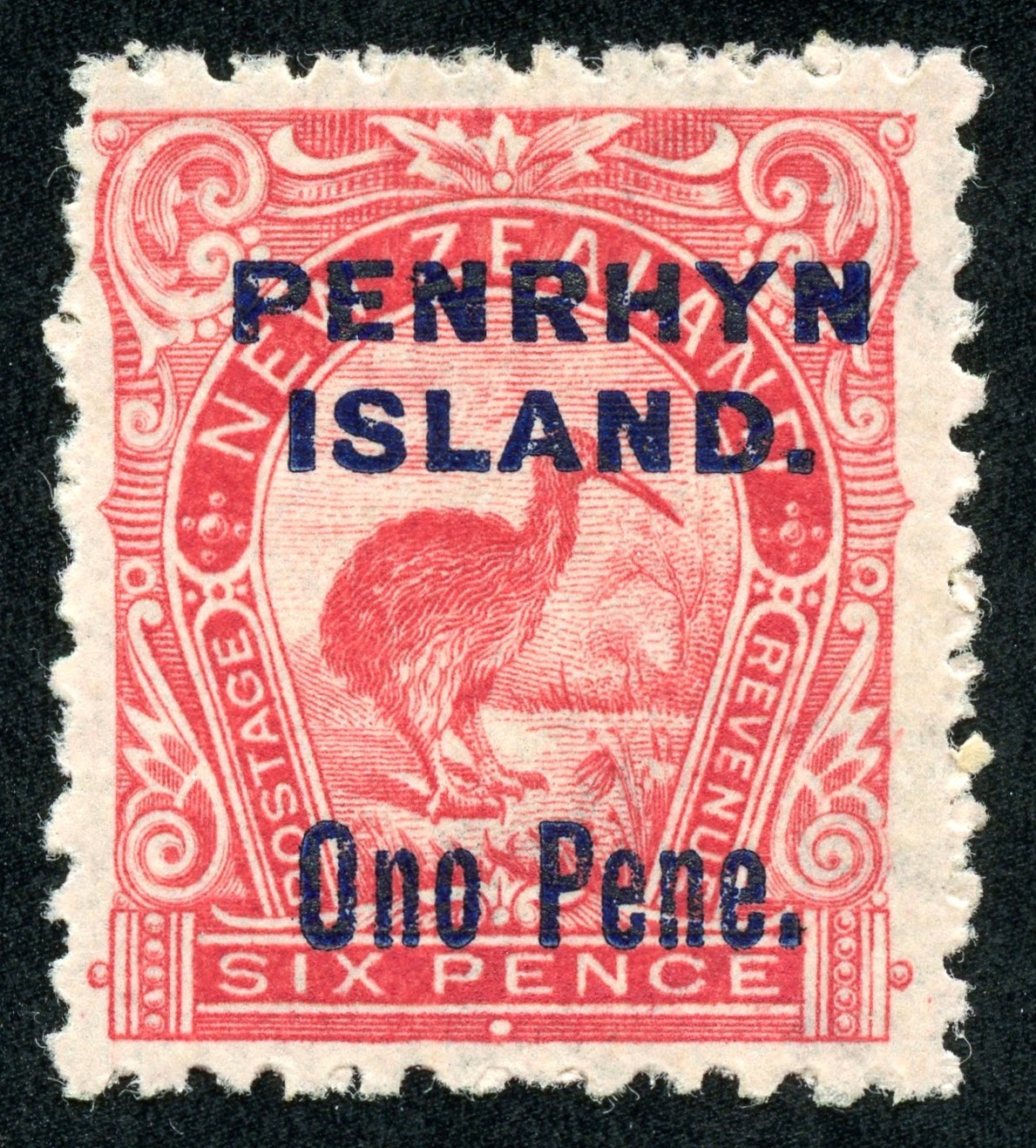 1903 Scott 11 6p rose, Blue Surcharge
On Stamps of New Zealand
Quick History
Penrhyn Island (Tongareva) is the largest atoll, and the most remote of the 15 Cook Islands. It consists of a 77 km or 48 mile (in diameter) coral ring with elevation no more than 5 meters. The coral ring has a center lagoon. 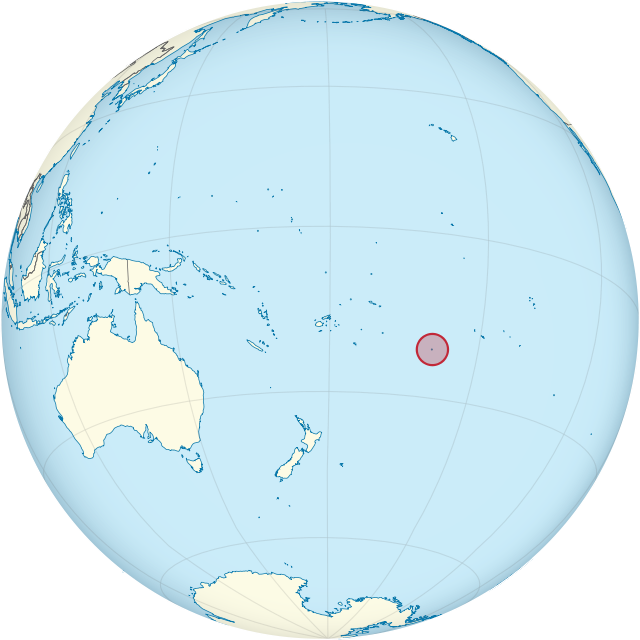 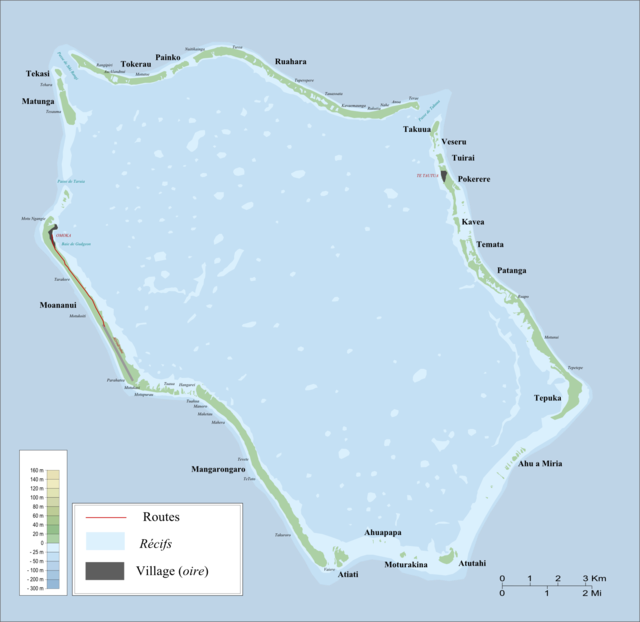 Penrhyn Island
There are two villages- Omoka, and Te Tautua. The island is named after the landing of the  Lady Penrhyn in 1788, which was part of the convict fleet heading for Australia.

Of interest, the United States claimed sovereignty over Penrhyn between 1856-1980, under the Guano Islands Act. That claim was never recognized by Britain, New Zealand, or the Cook Islands.

Penrhyn Island is a not uncommon stop for yachts crossing between Panama and New Zealand, as the lagoon provides safe harbor. Black Pearl farming occurs on the island. And the locally produced Rito hats, consisting of Coconut fiber, are also popular. 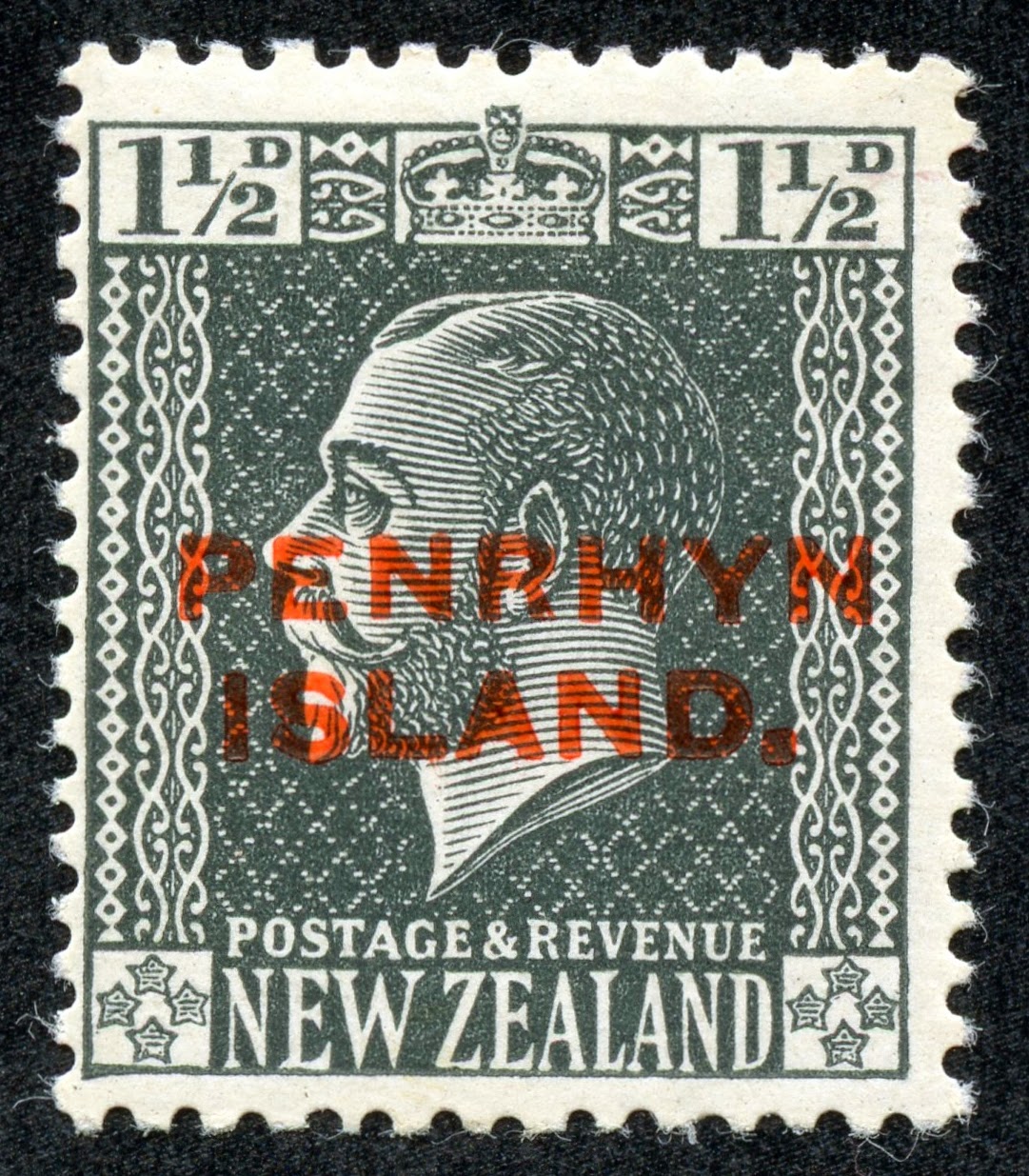 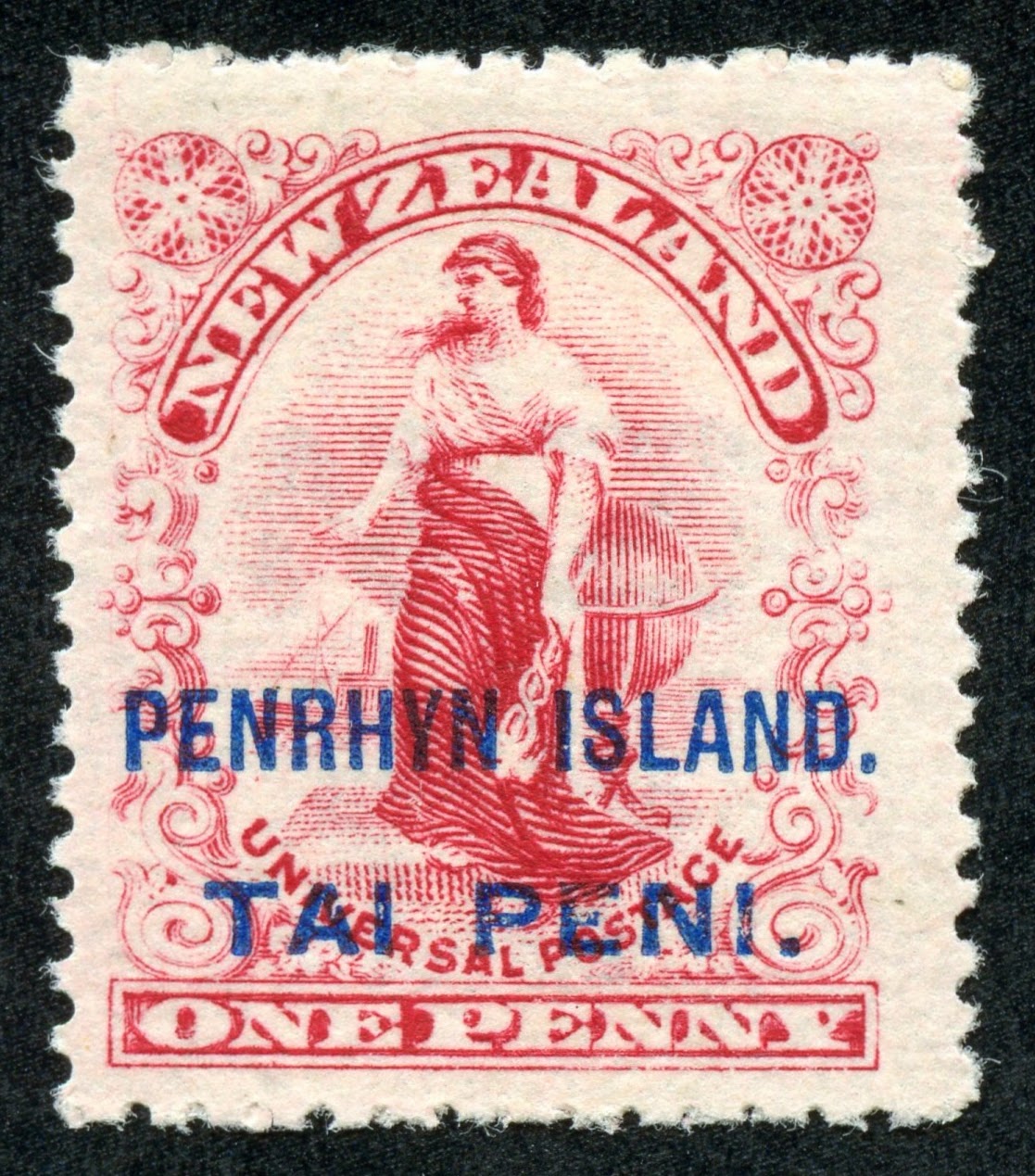 (If one wishes to review the watermarks, see the New Zealand post. ) 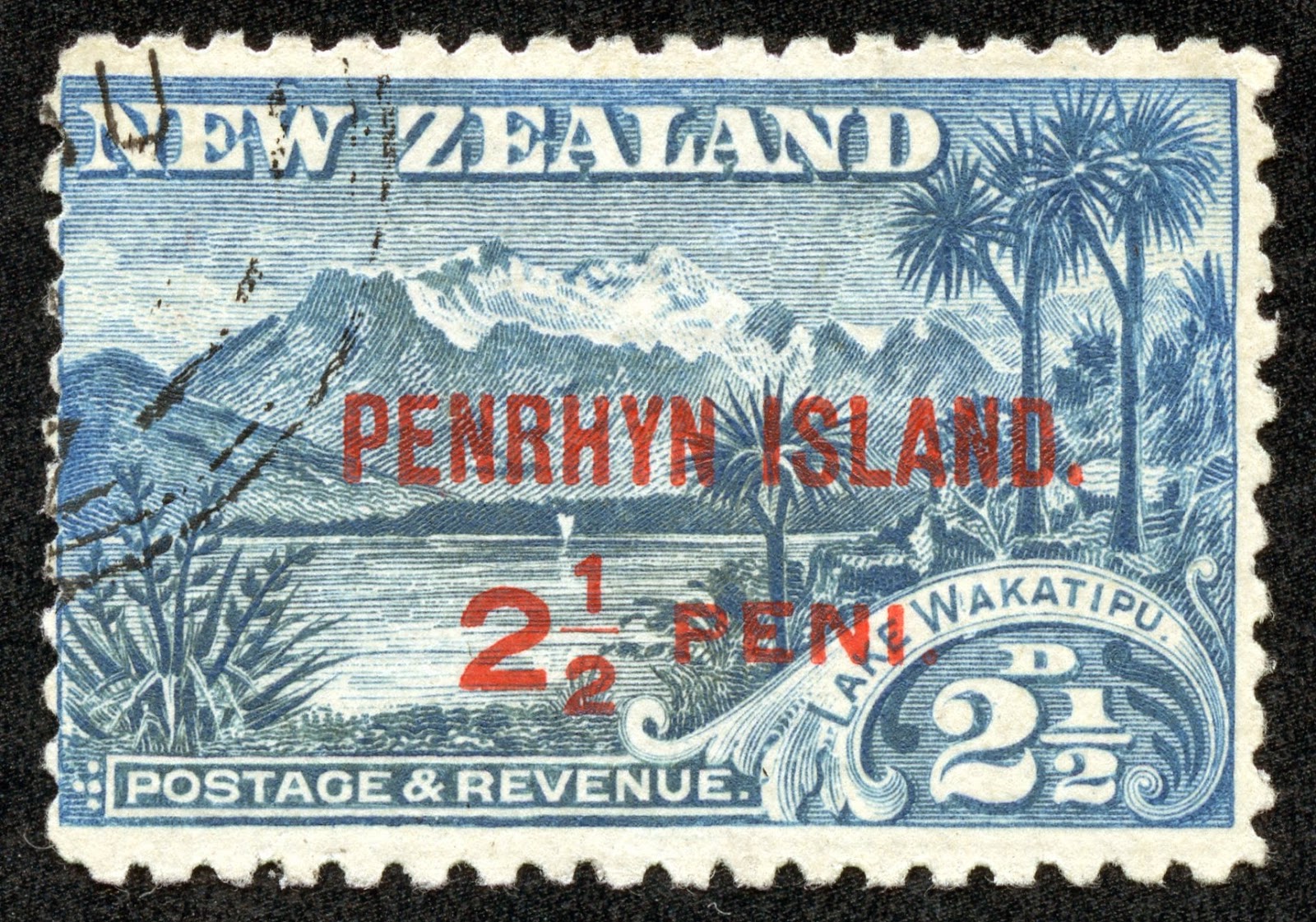 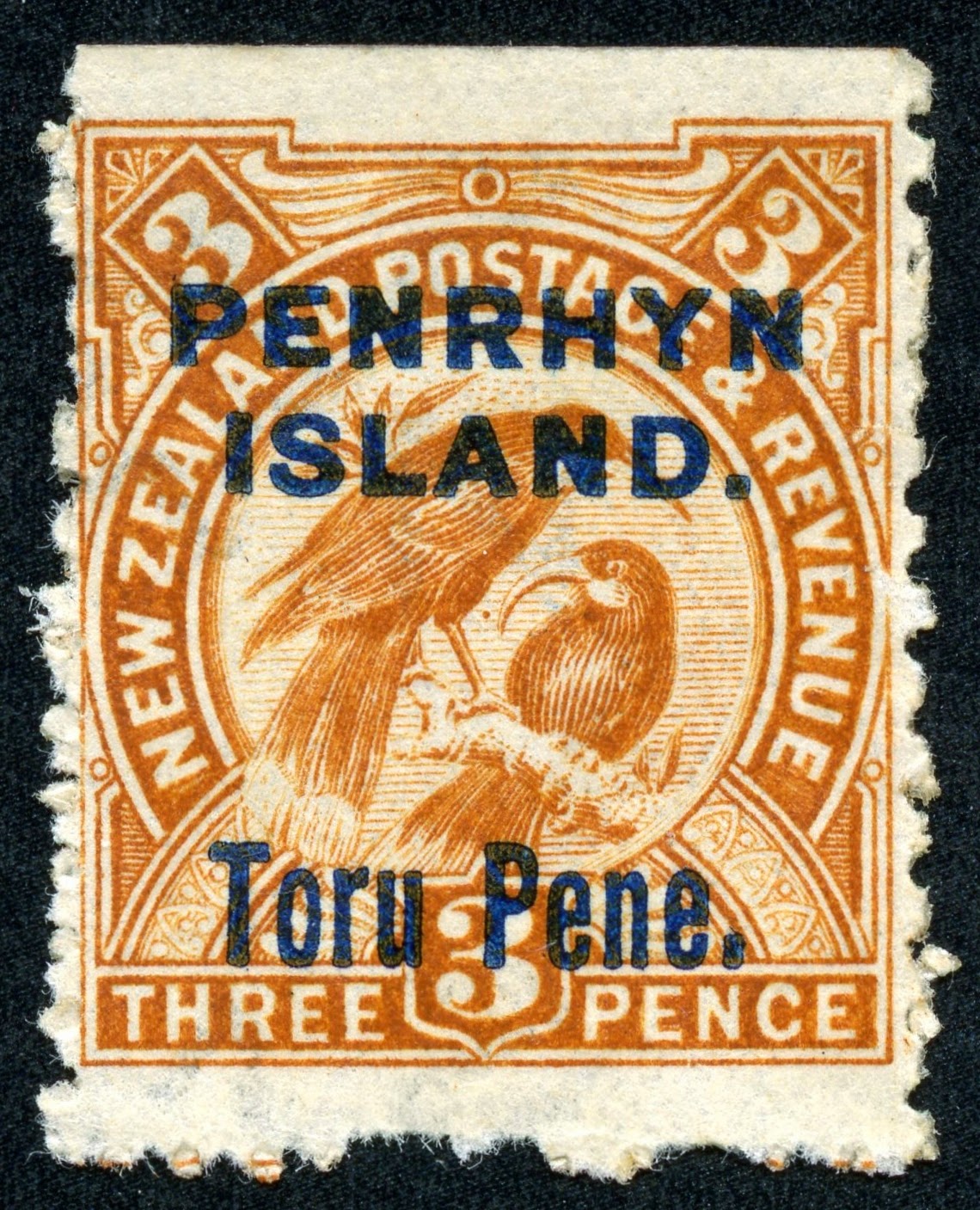 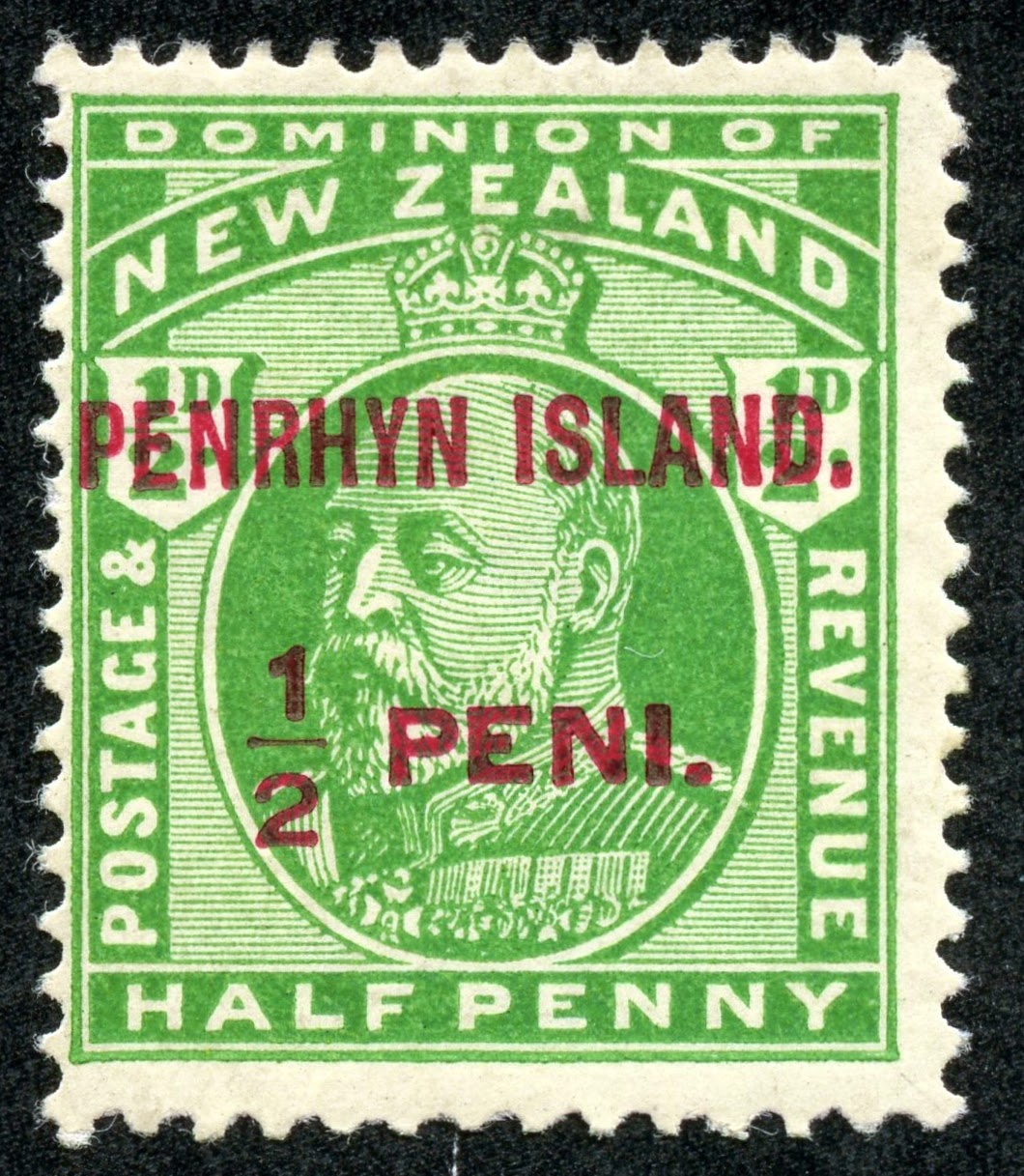 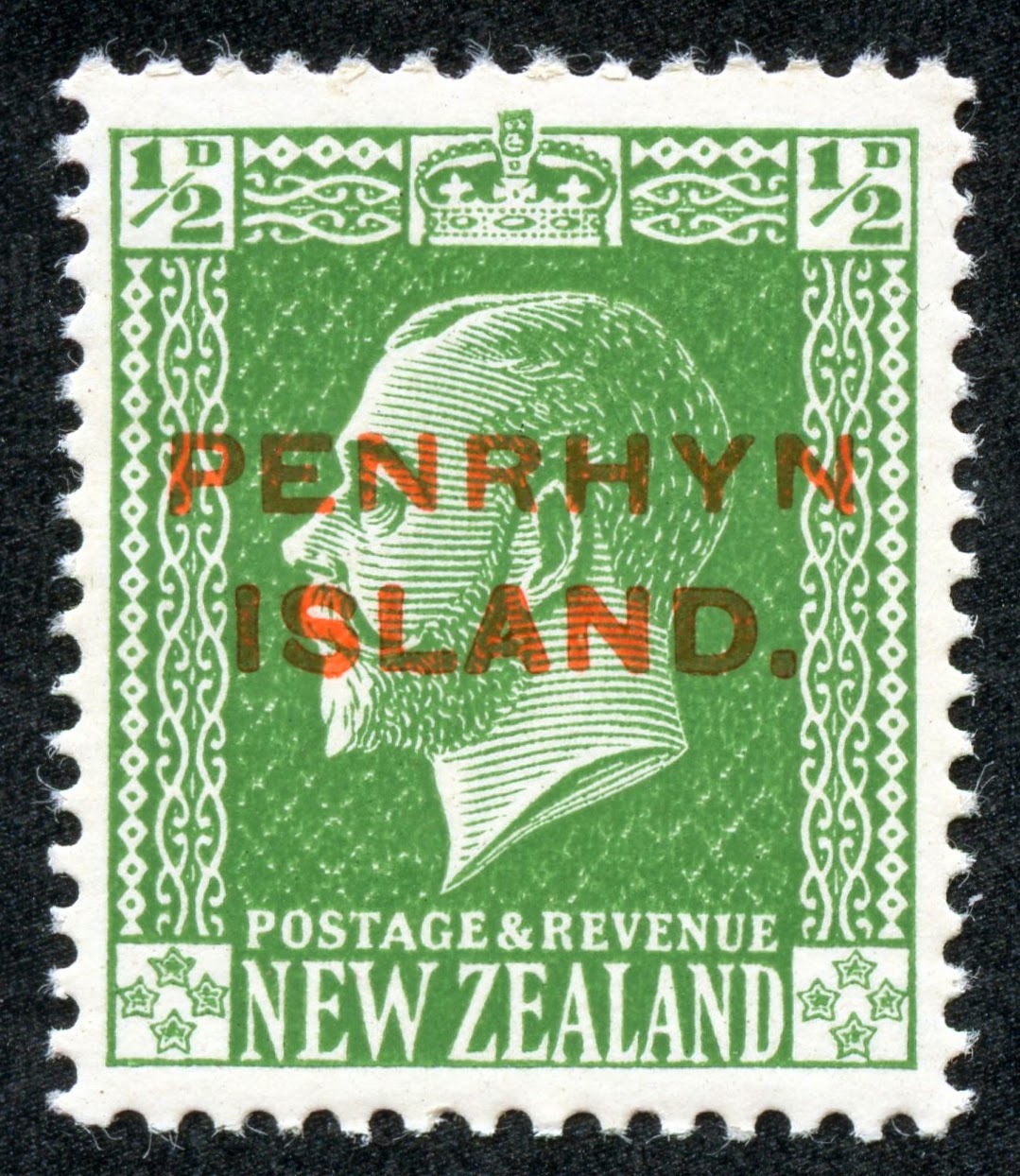 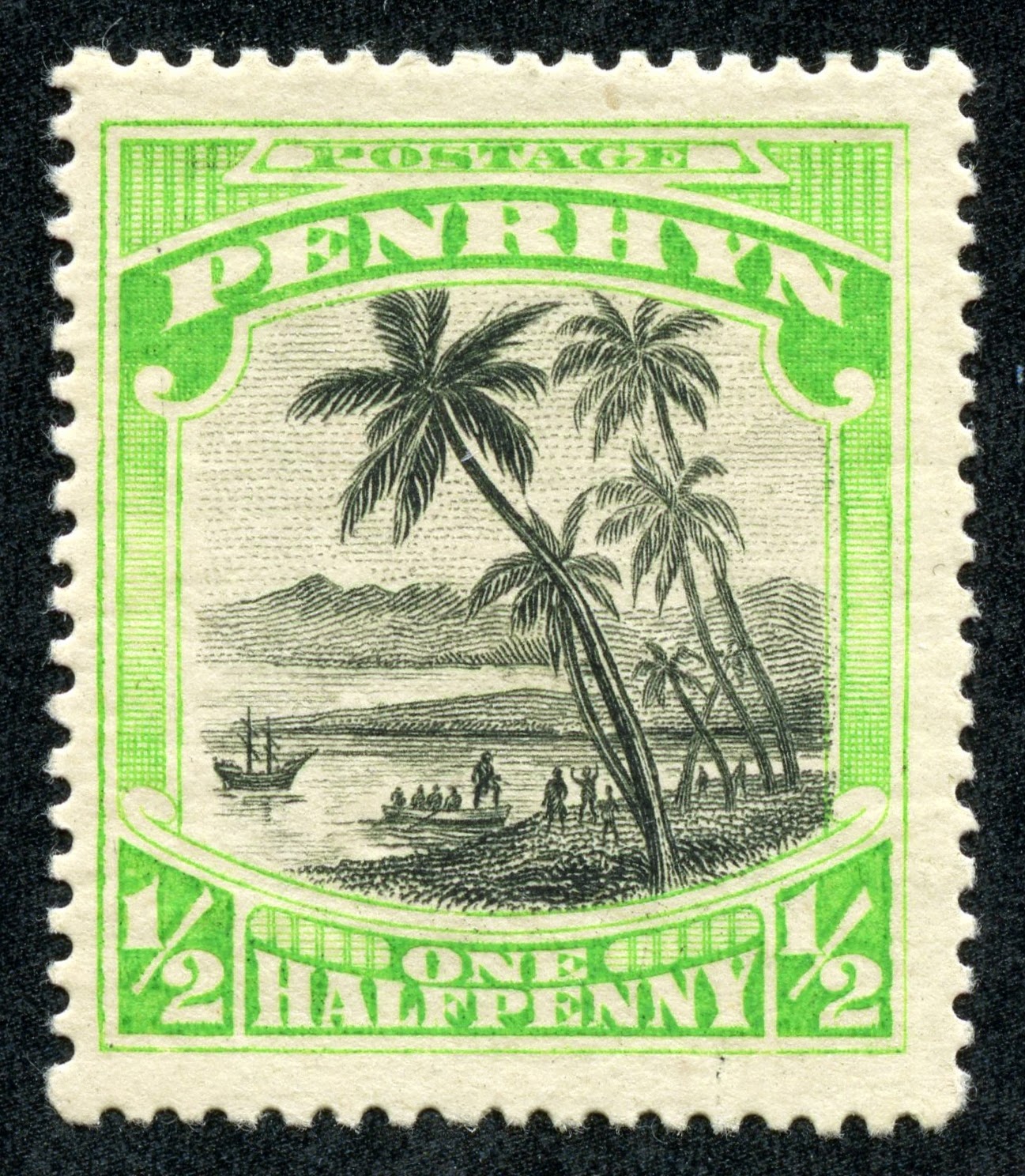 1920 Scott 25 1/2p emerald & black
"Landing of Captain Cook"
Penrhryn island received their own proper issue with a six stamp production in 1920. The designs, though, are the same as the Cook Islands stamps, save for the "Penrhyn" script and a color change. 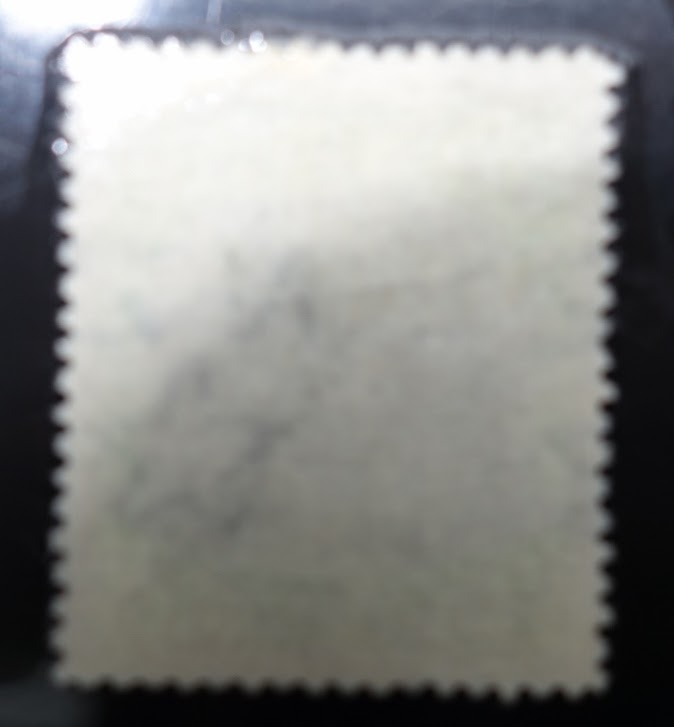 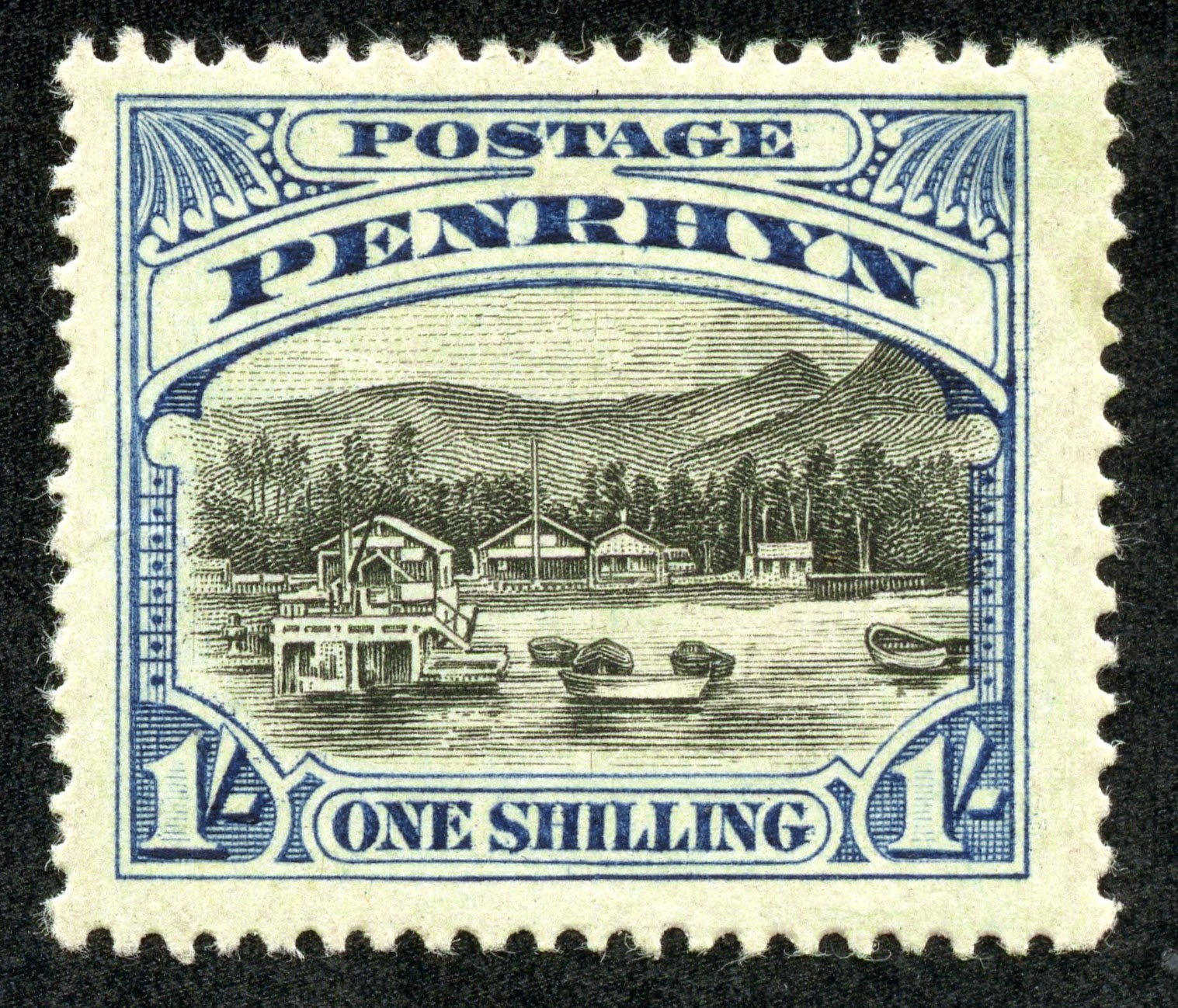 1920 Scott 30 1sh dull blue & black
"Avarua Harbor"
The scenes and occurrences shown on the stamps are actually of Rarotonga in the Cook Islands. But, with a population of only 400 max, Penrhyn Island is lucky to have any stamps at all. ;-) 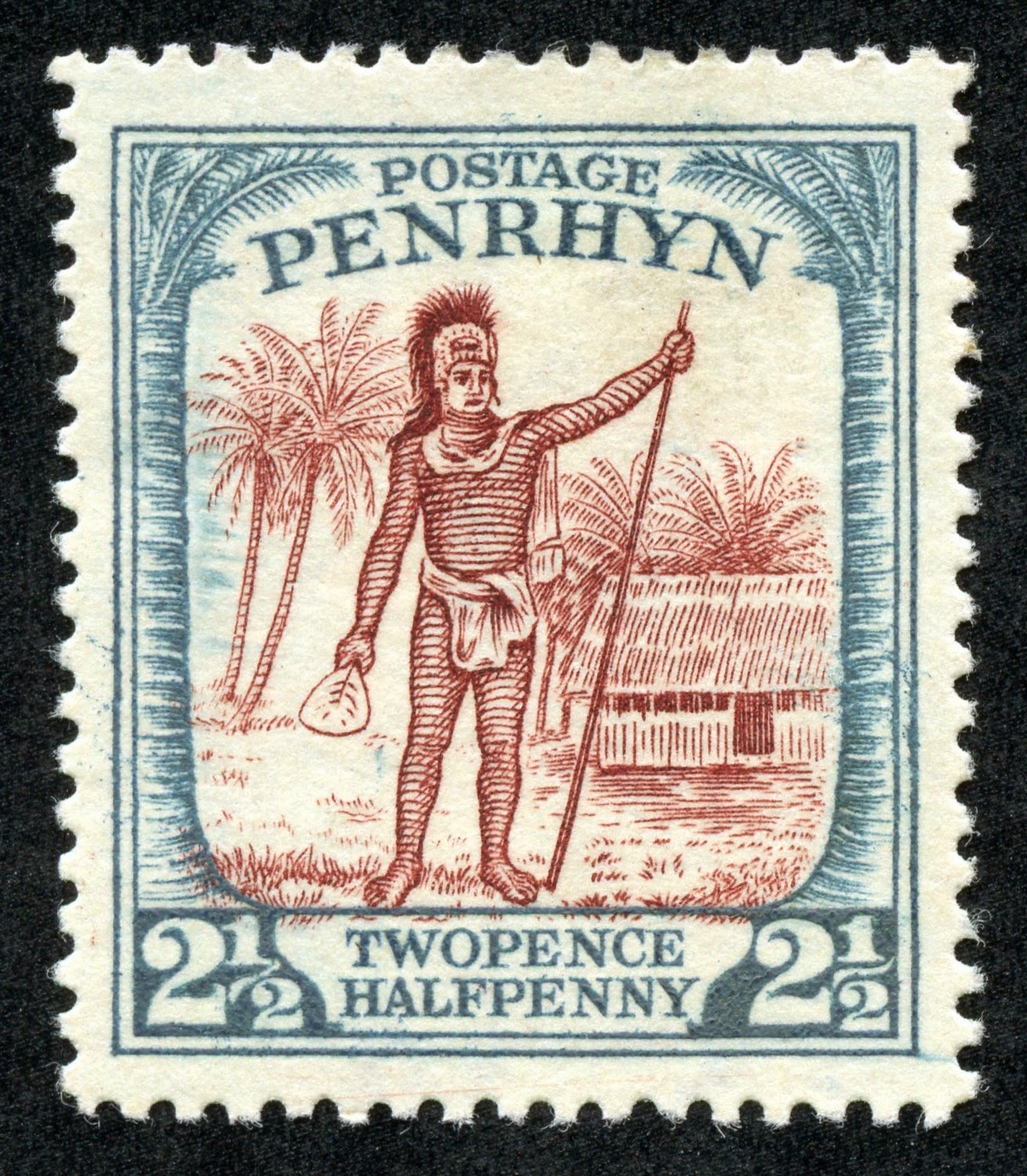 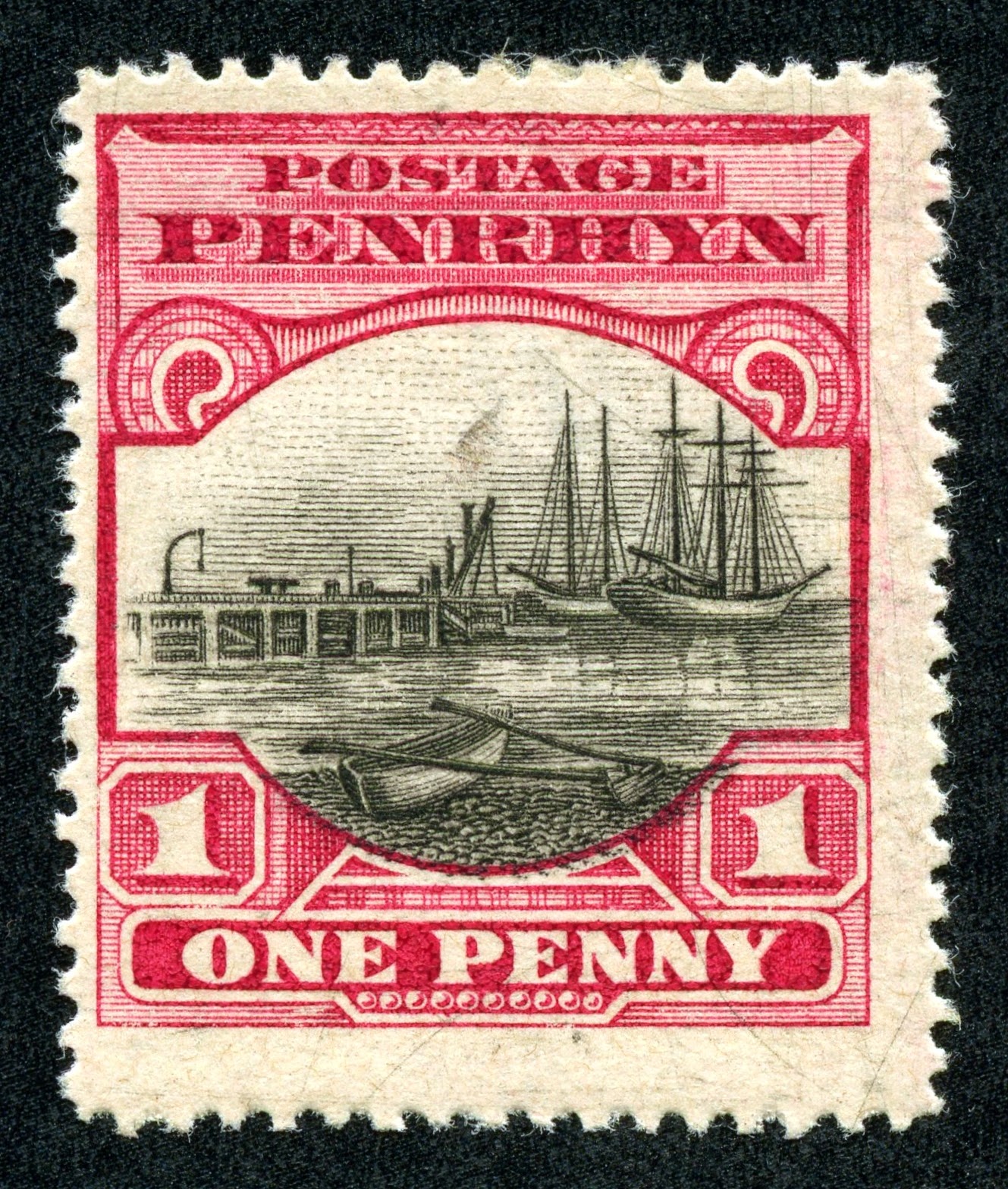 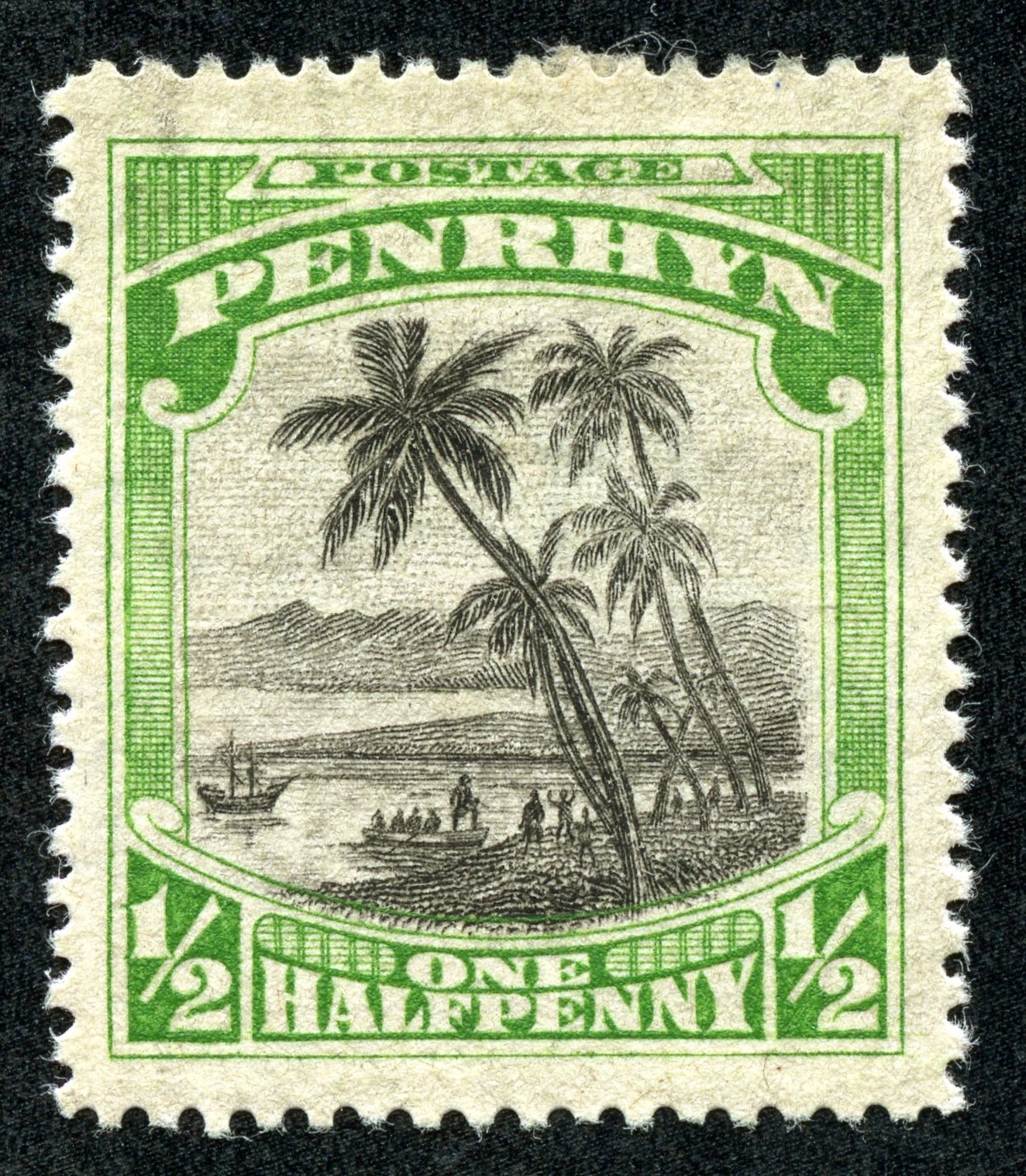 The coverage is located on the same page as Price Edward Island, and is between Panama and Papua. 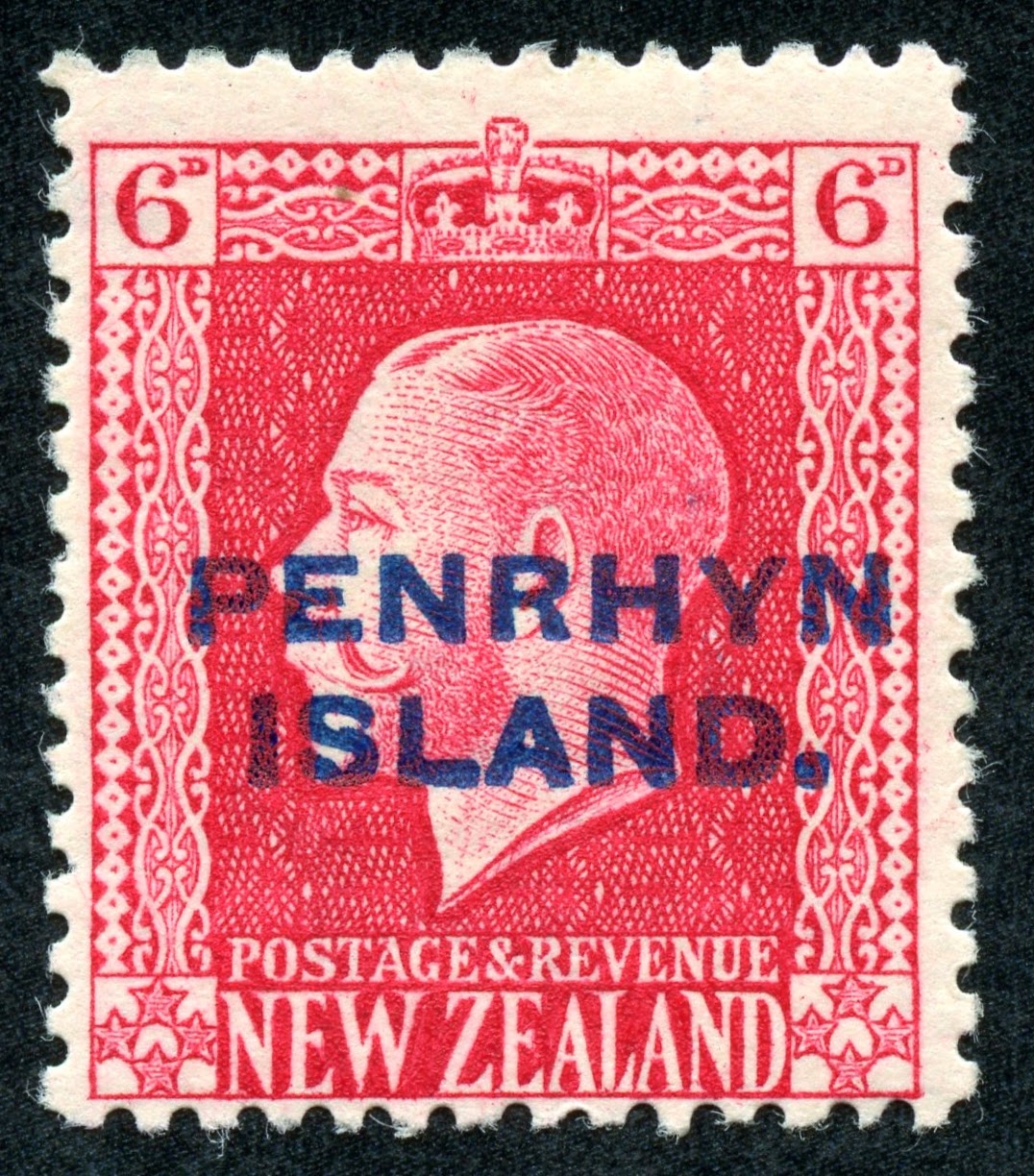