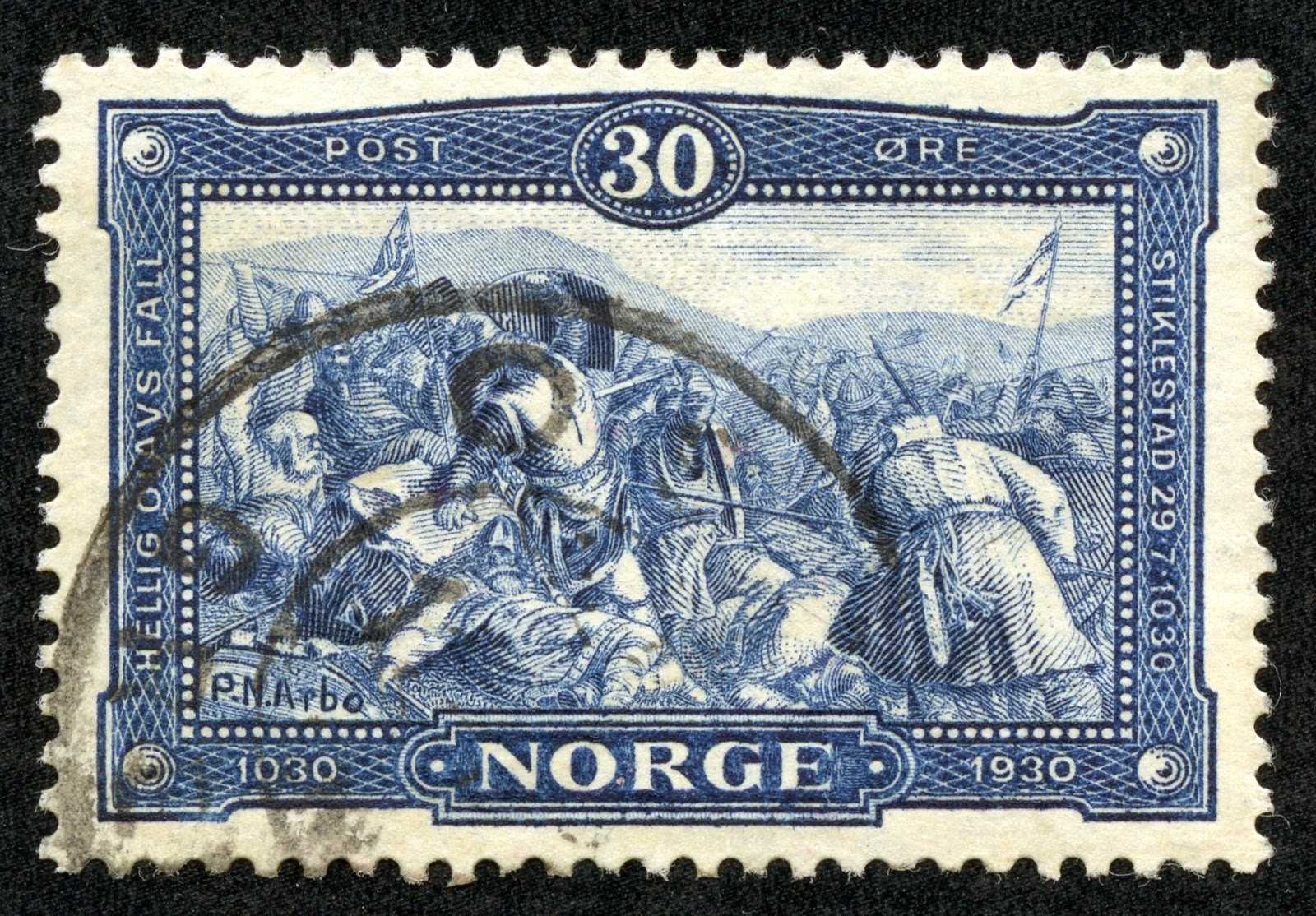 1930 Scott 153 30o deep blue
"Death of Olaf in Battle of Stiklestad"
Quick History
This blog post will cover Norwegian regular stamp issues from 1928-1940+, and the so called "Back of the Book (BOB) " issues- the semi-postals, the postage dues, and the official issue stamps.

There is a continuation during this era of the famous and iconic "Post Horn and Crown" Norwegian stamps, as well as the "Lion Rampant" design. Although not extremely challenging, one does need to pay attention to detail with these stamps, so one can identify the correct issue among a series of issues with these designs.

And one will find the Official "Coat of Arms" issues also need careful evaluation. 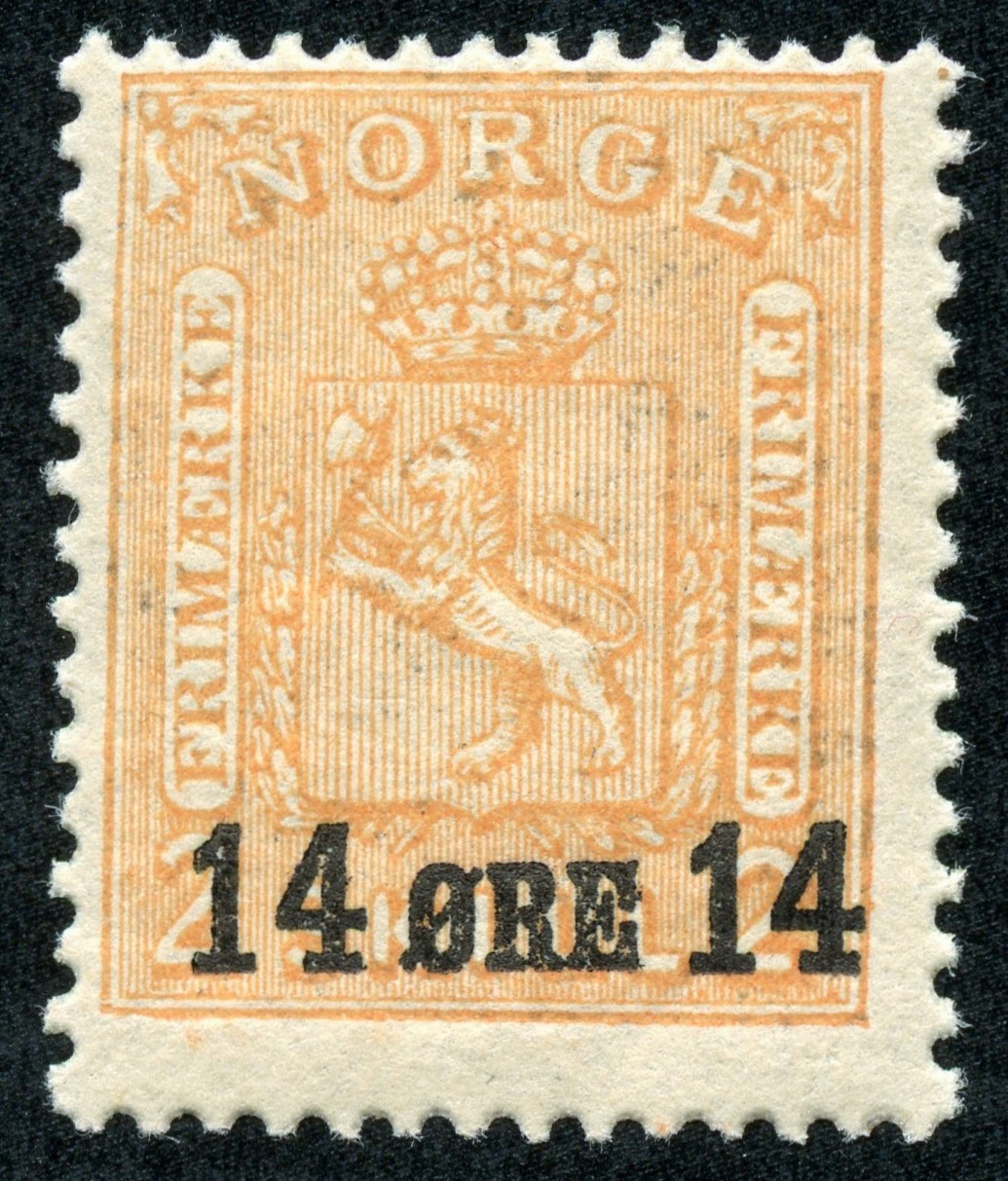 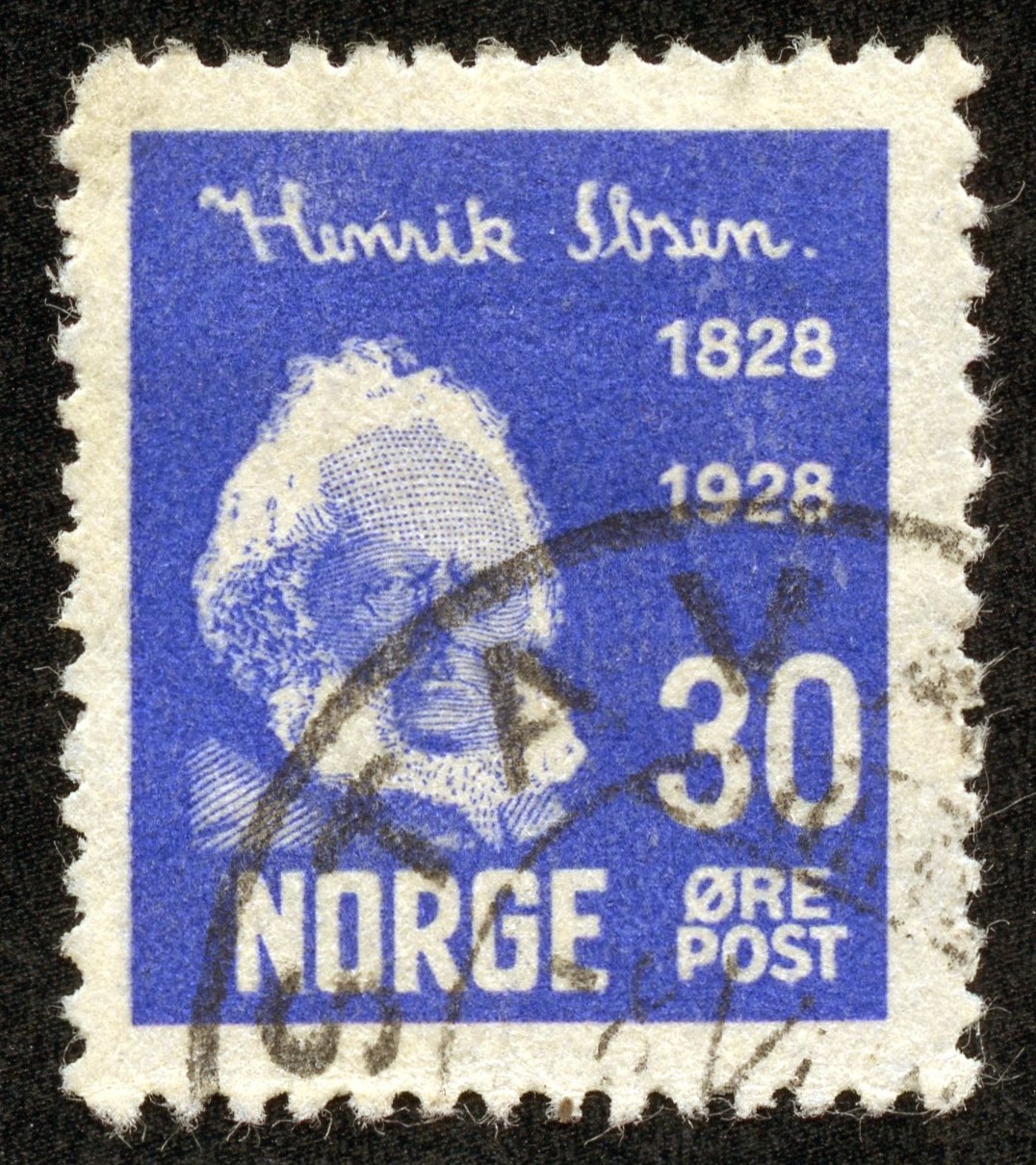 1928 Scott 135 30o deep ultramarine "Henrik Ibsen"
Since the three stamp "Constitutional Assembly" issue of 1914, there were no other commemorative issues -until this one. If you are attracted to a conservative stamp issuing country, Norway will definitely suffice. ;-)

The 1928 four stamp issue in quite small, for size, in format, and celebrated the 1828 birthday of Henrik Ibsen, Norwegian realistic dramatist. His "A Doll's House" was the most performed play by the early 20th century. 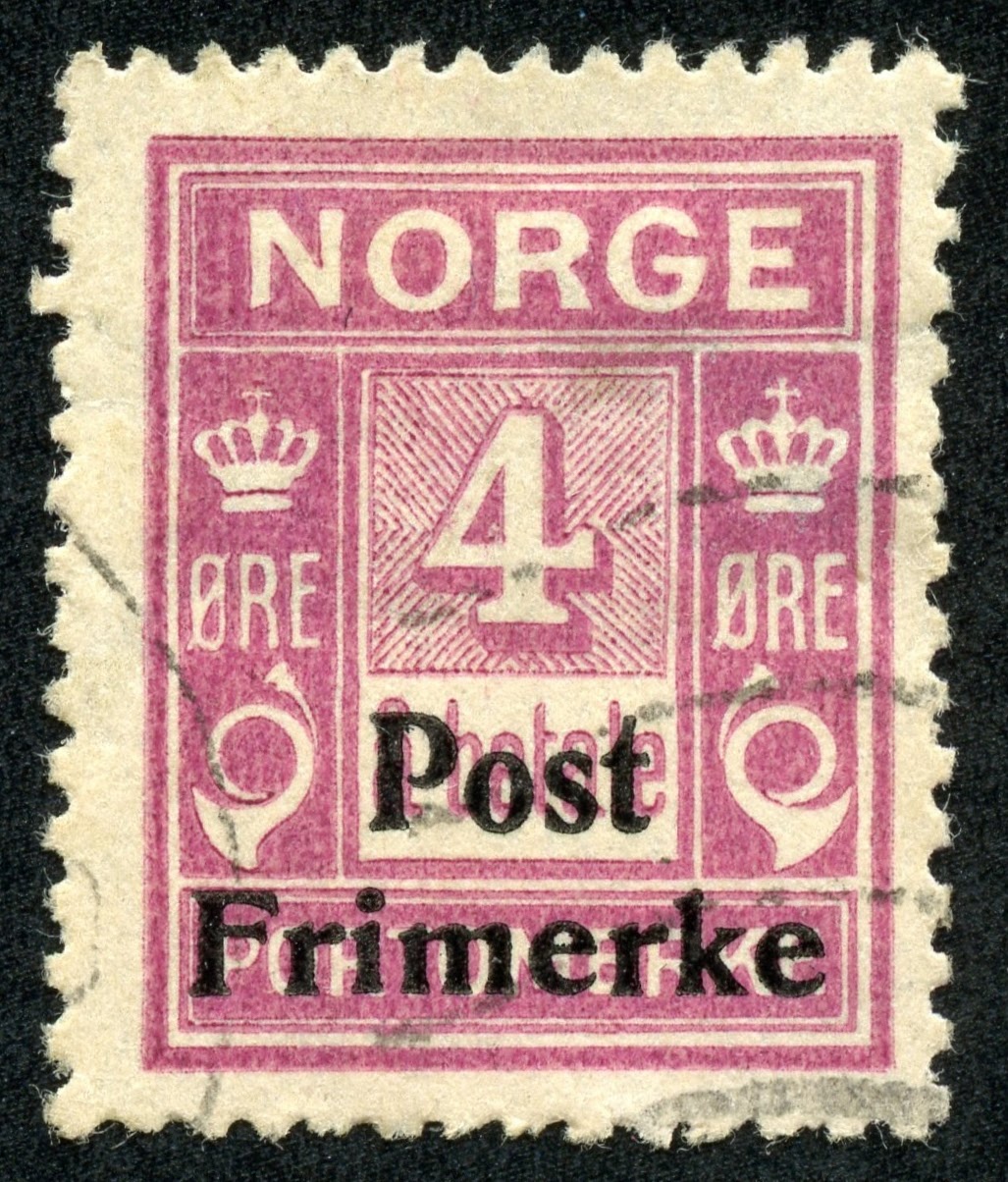 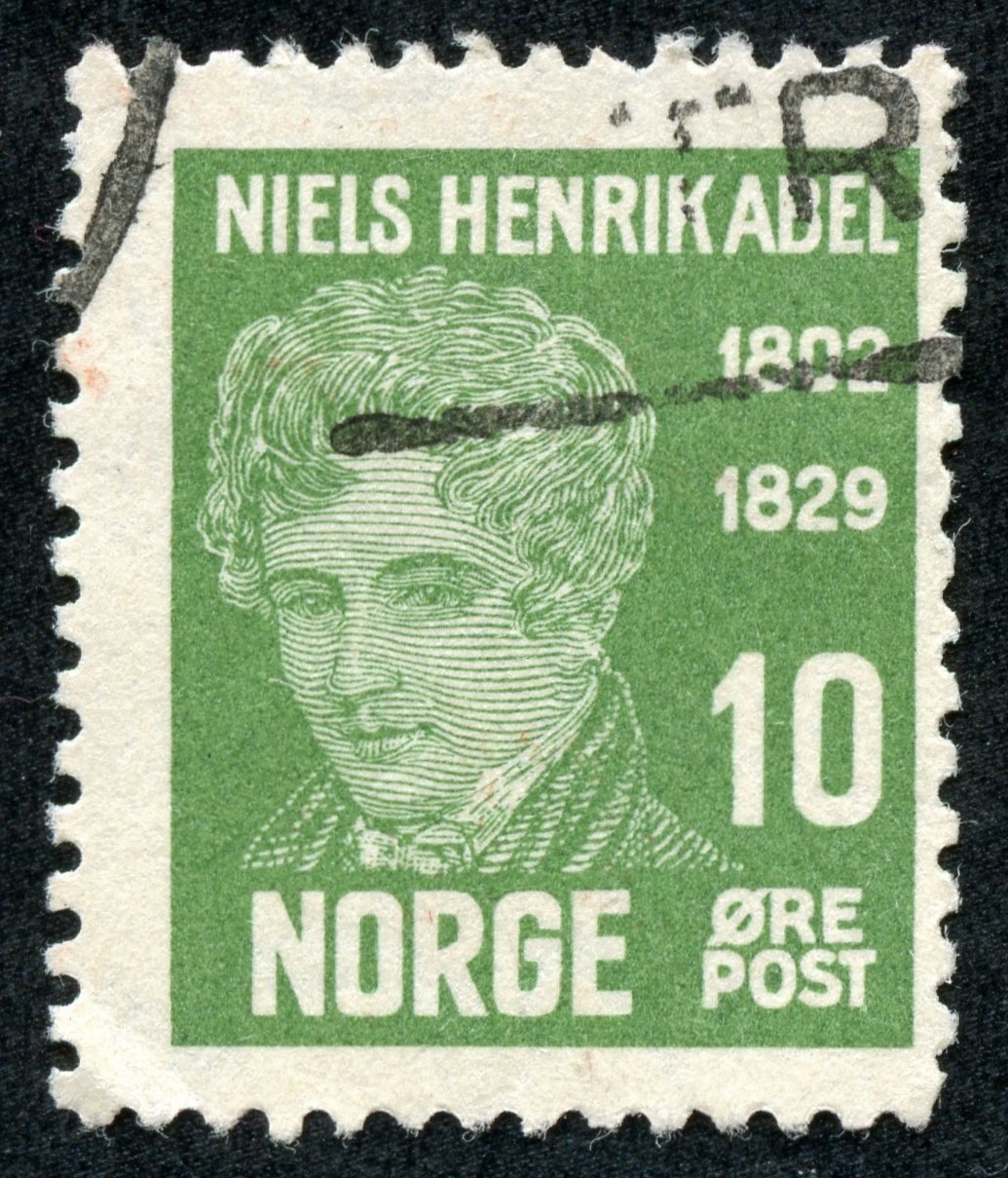 1929 Scott 145 10o green "Niels Henrik Abel"
It took only one year for the next commemorative issue- the 1929 four stamp "Niels Henrik Abel", celebrating this Norwegian mathematician. If you know what a general quintic equation is, or what elliptic functions and Abelian functions are, perhaps you can enlighten this stamp blog?  :-) 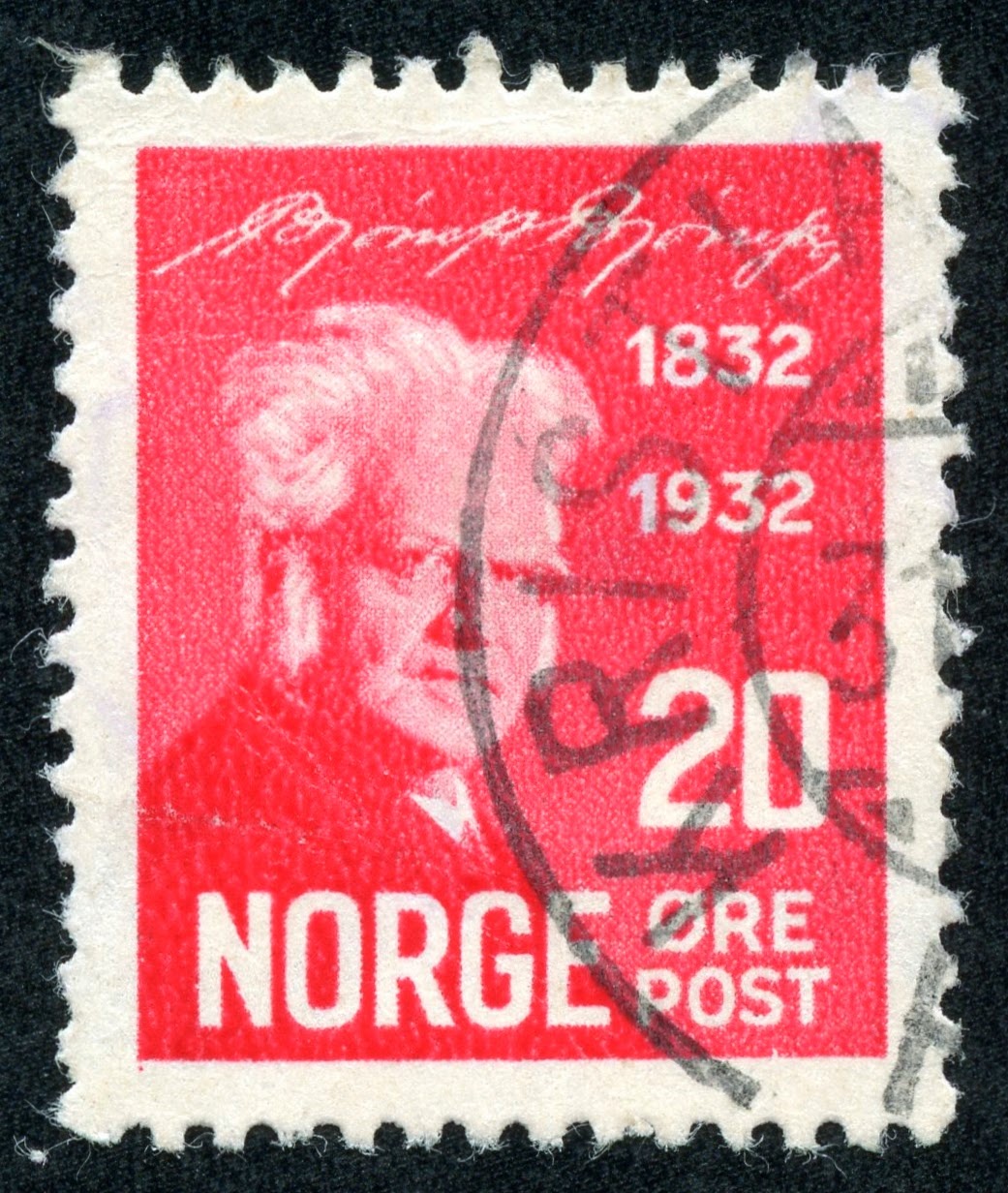 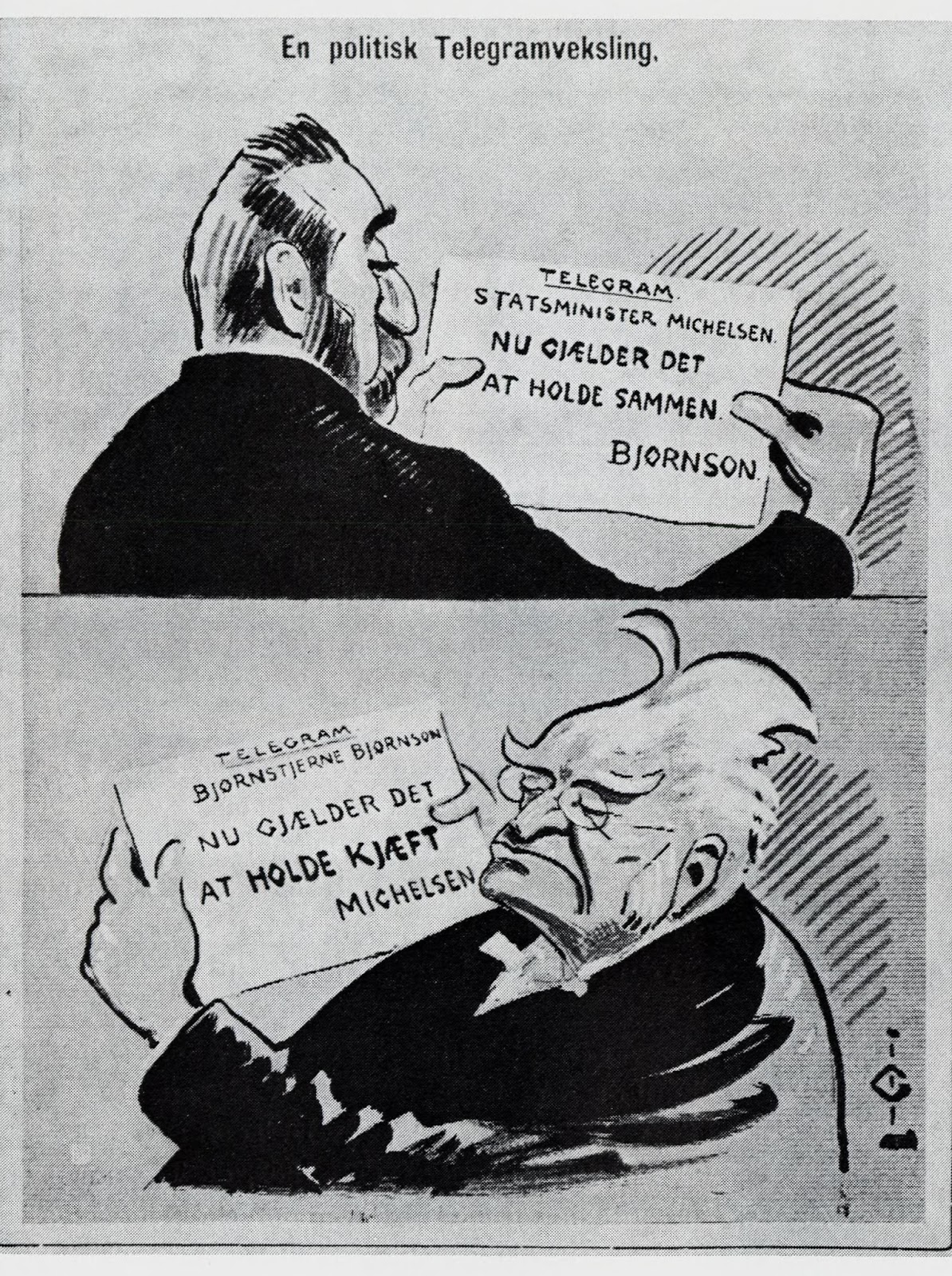 Although this specific incident was not true, Bjornson was, in fact, an advocate of maintaining the bonds between the two countries. 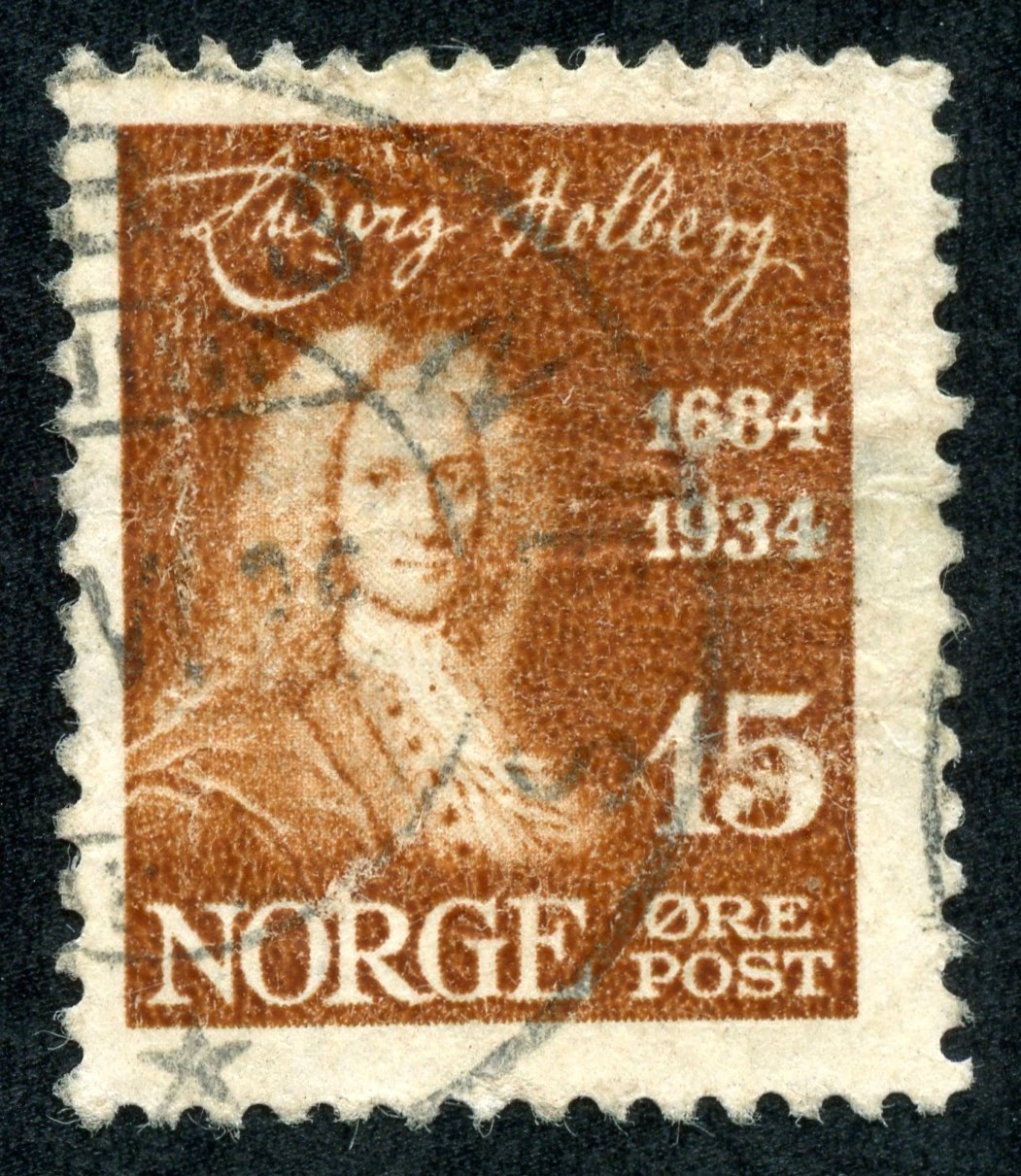 1934 Scott 159 15o brown "Holberg"
Ludvig Holberg had a four stamp set released in his honor in 1934. He is considered the founder of modern Danish and Norwegian literature. 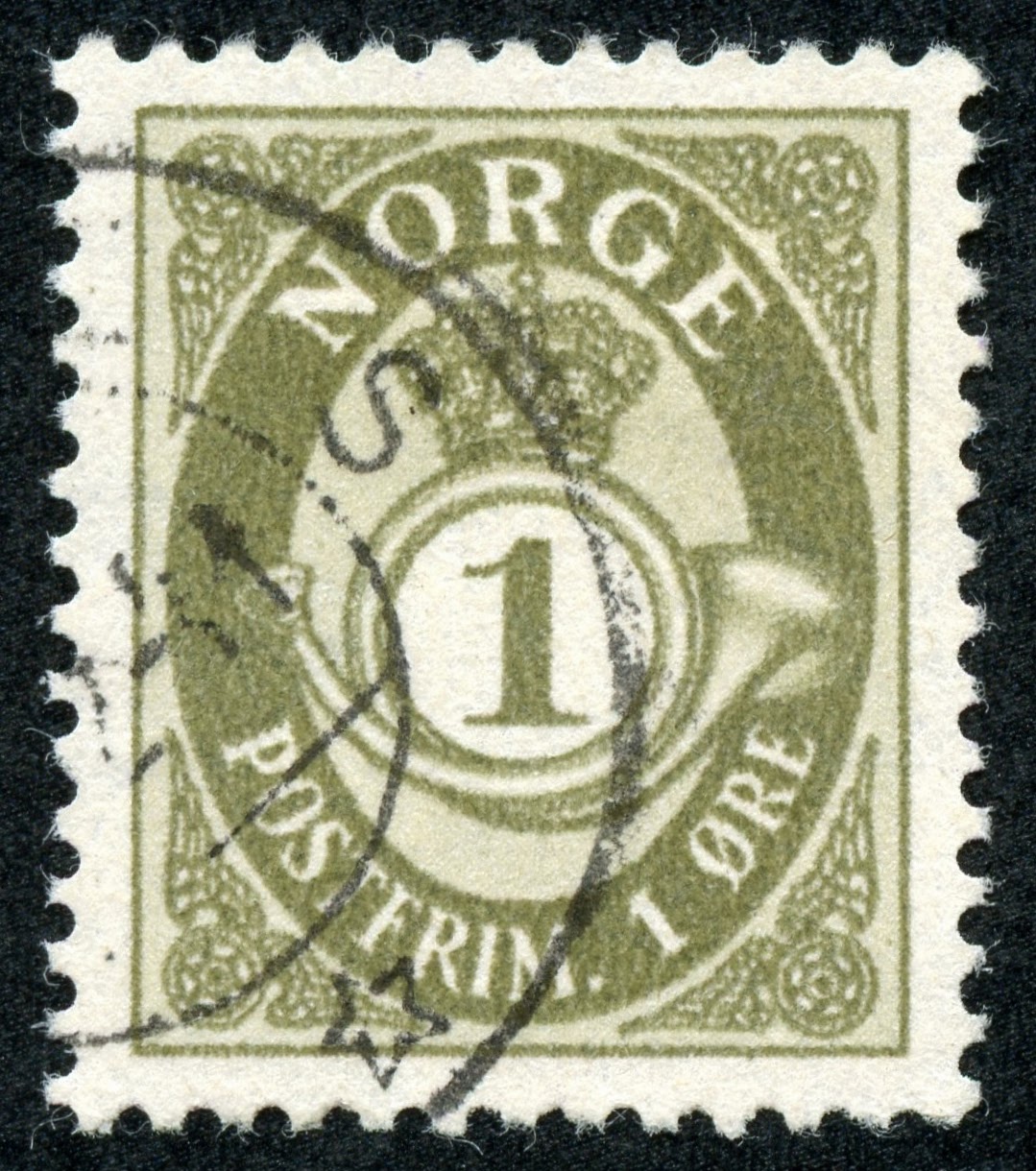 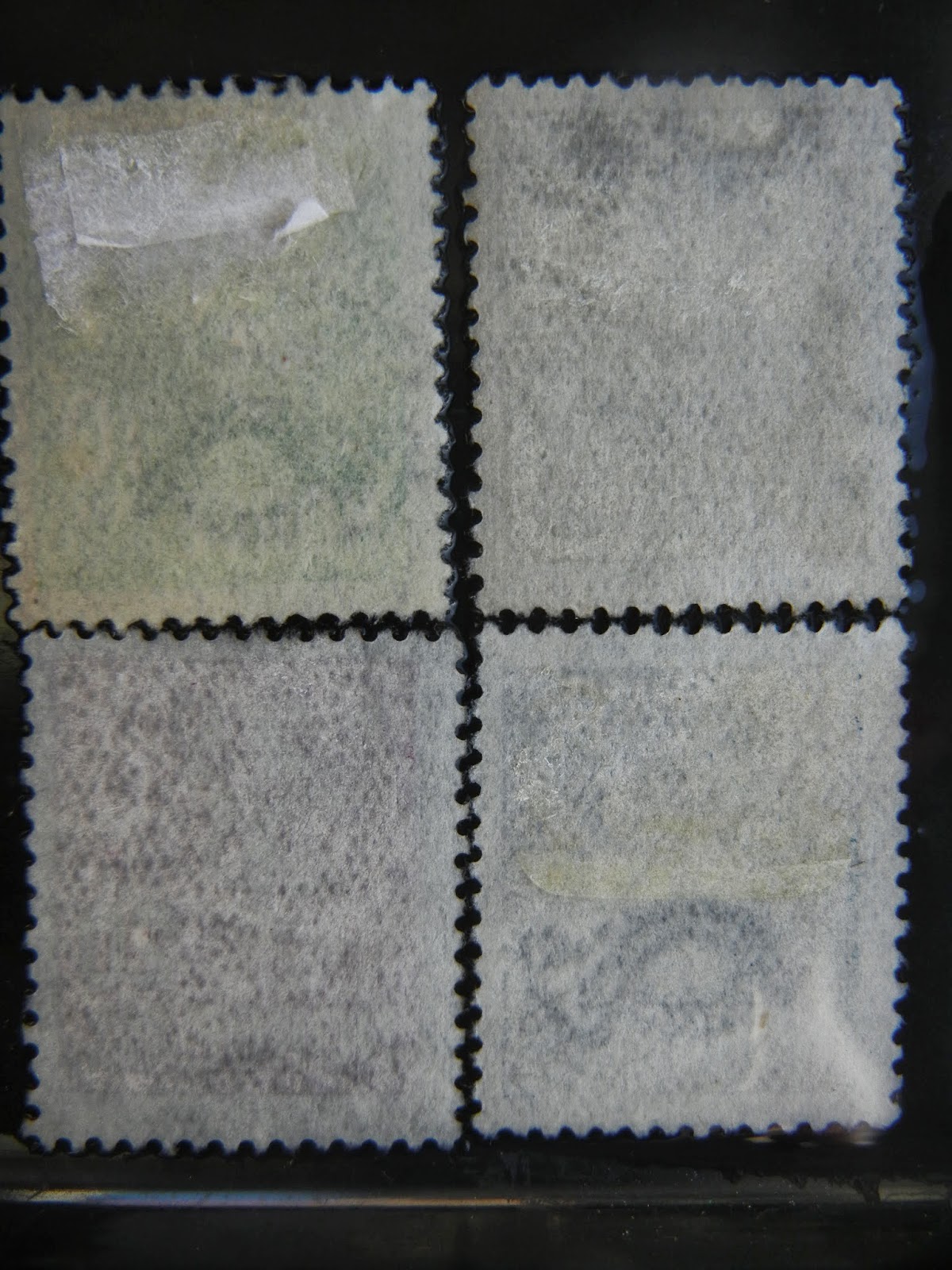 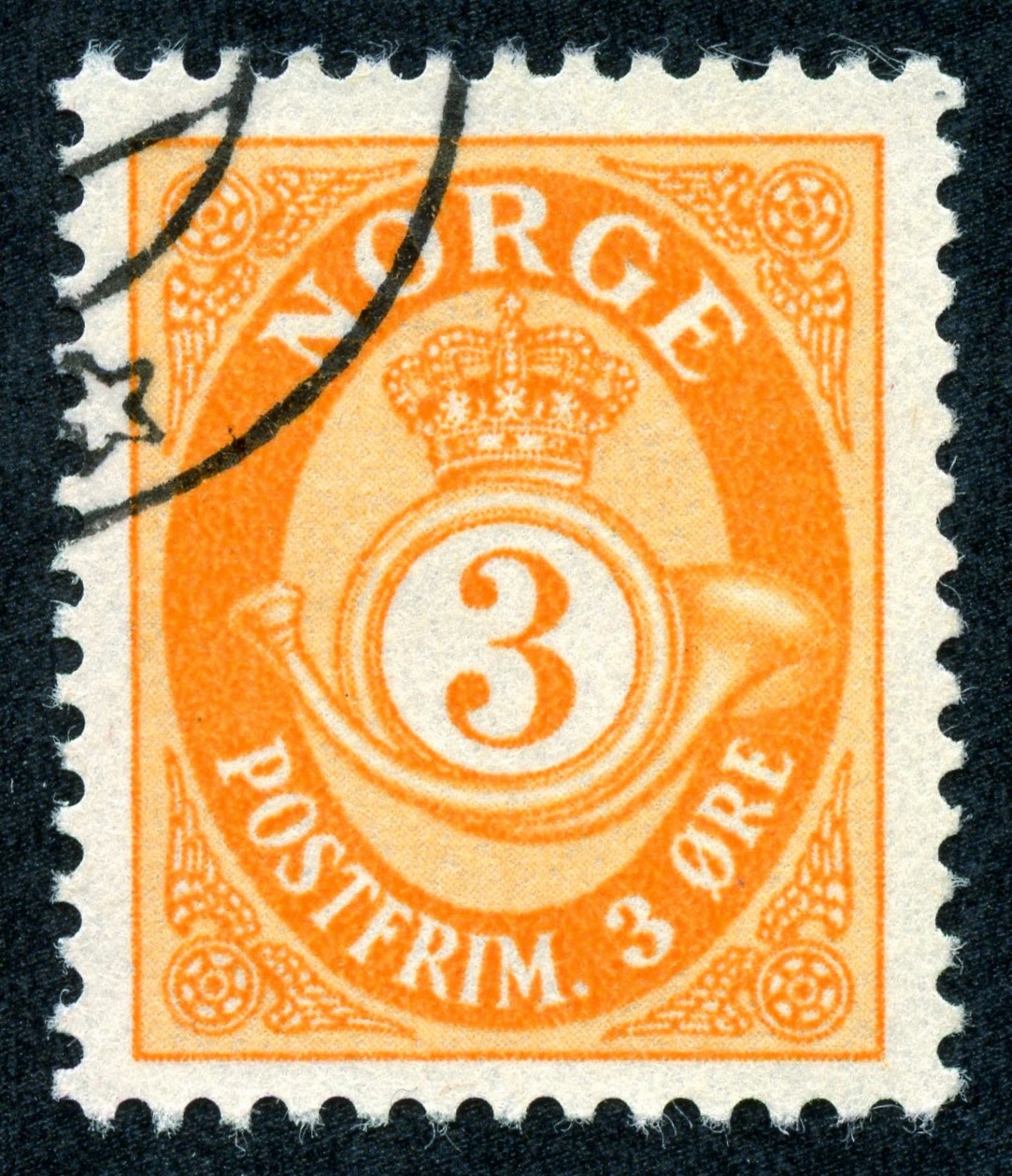 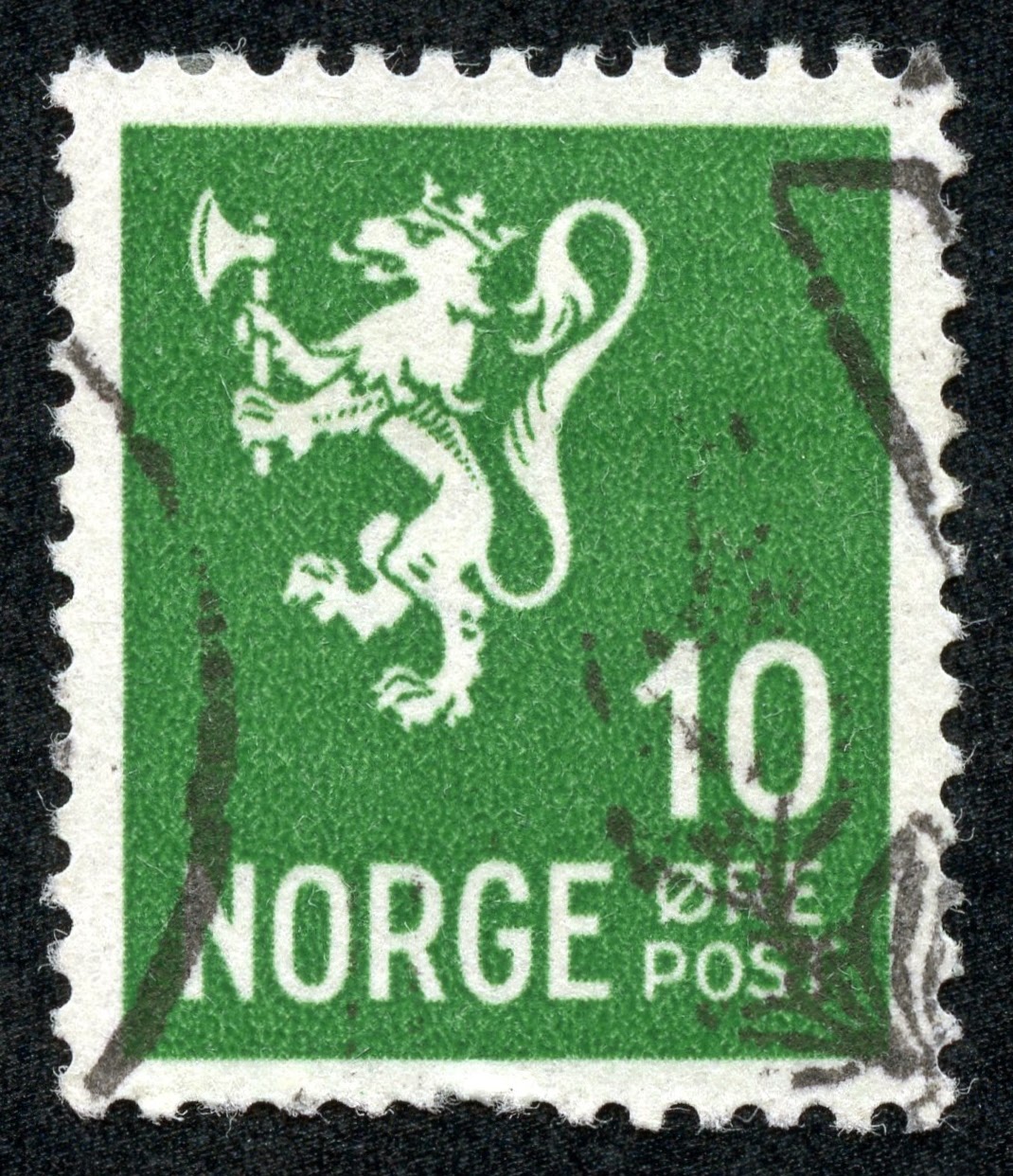 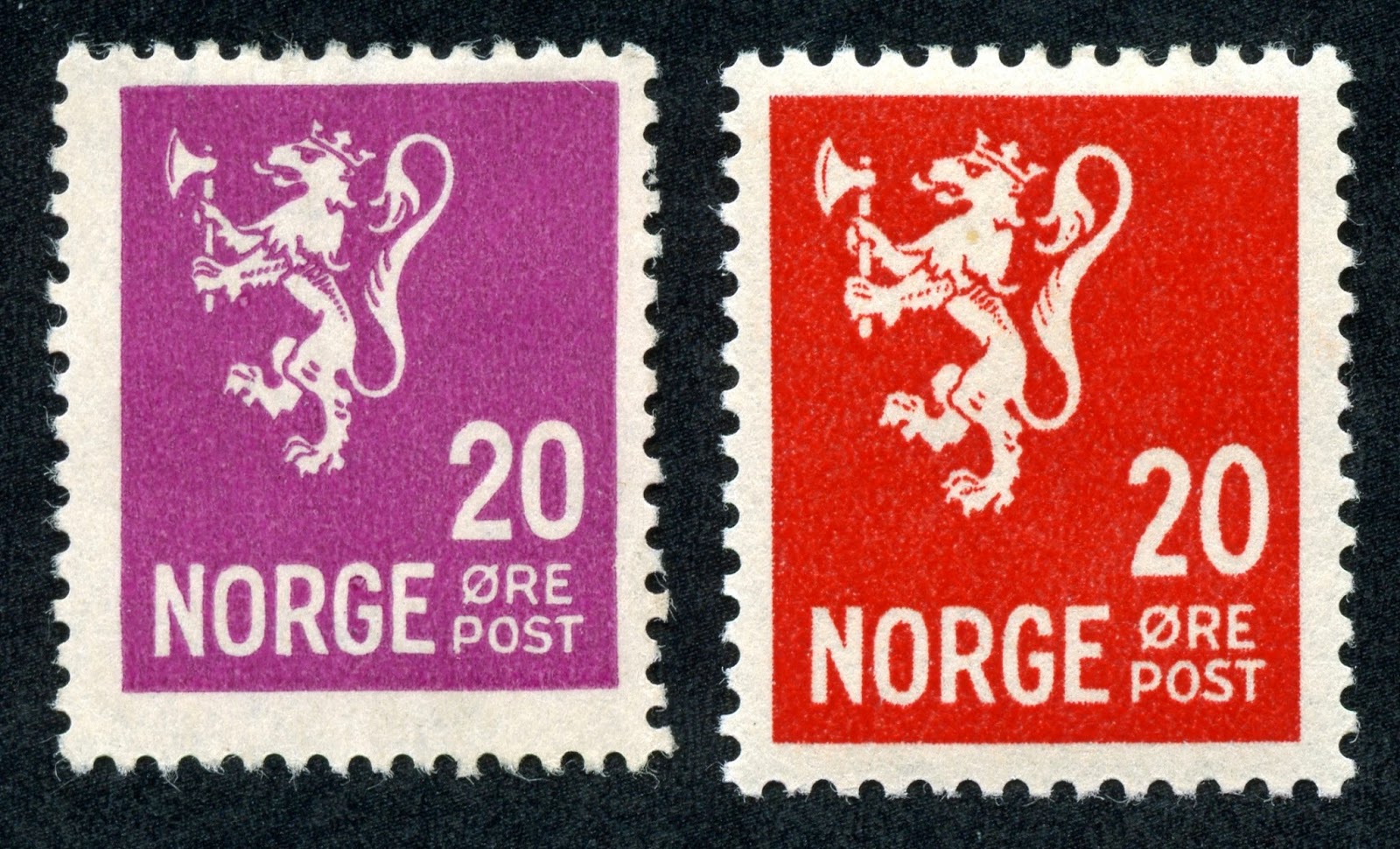 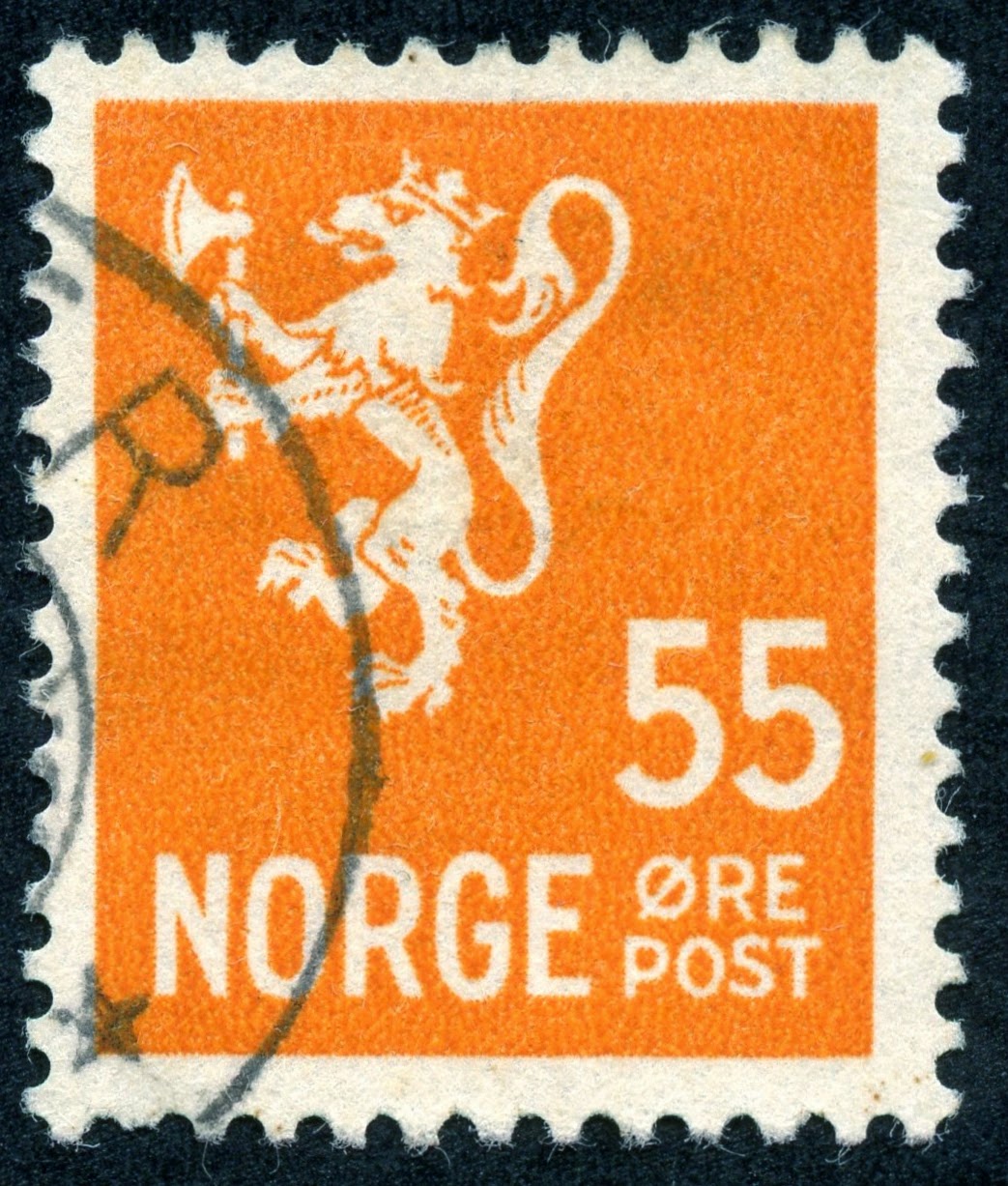 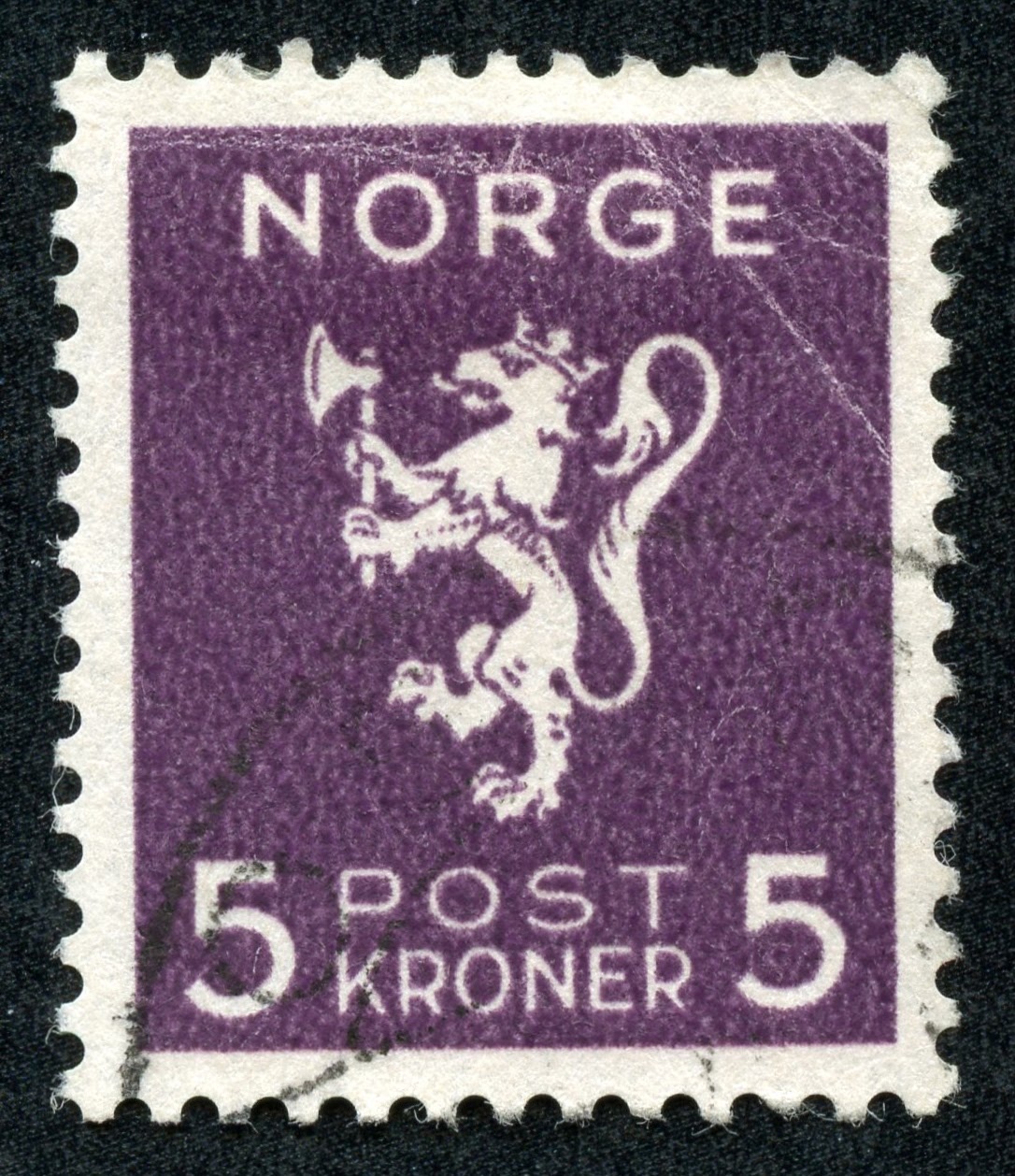 1940 Scott 206 5k dull purple "Lion Rampant"
Finally, a four stamp "Lion Rampant" issue was released in 1940, but the denomination was in Krone/Kroner. 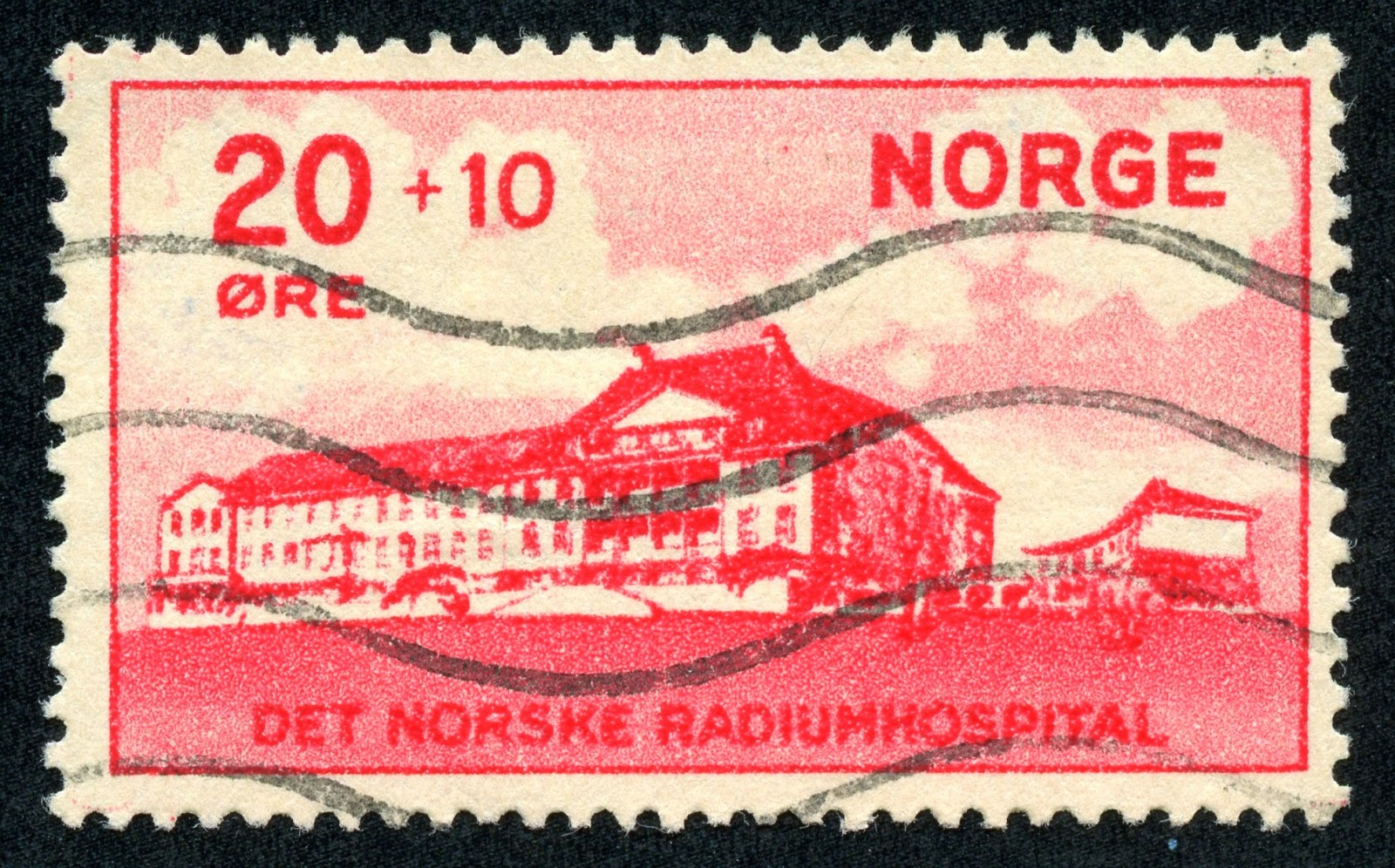 Semi-Postal 1931 Scott B4 20o + 10o carmine
"Radium Hospital"
Norway issued some semi-postals, beginning in 1930. Shown above is a 1931 release with the surtax aiding the Norwegian Radium Hospital. 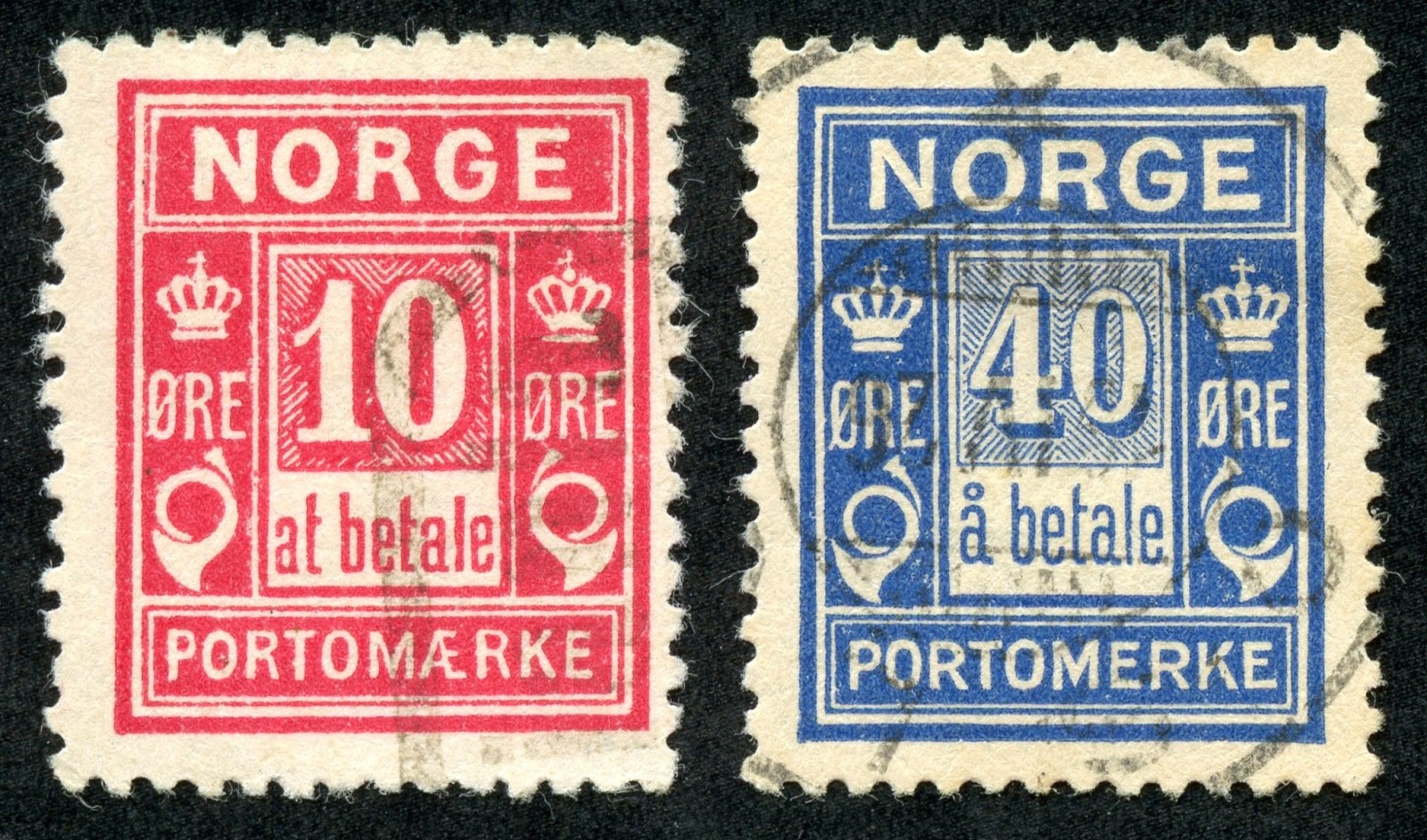 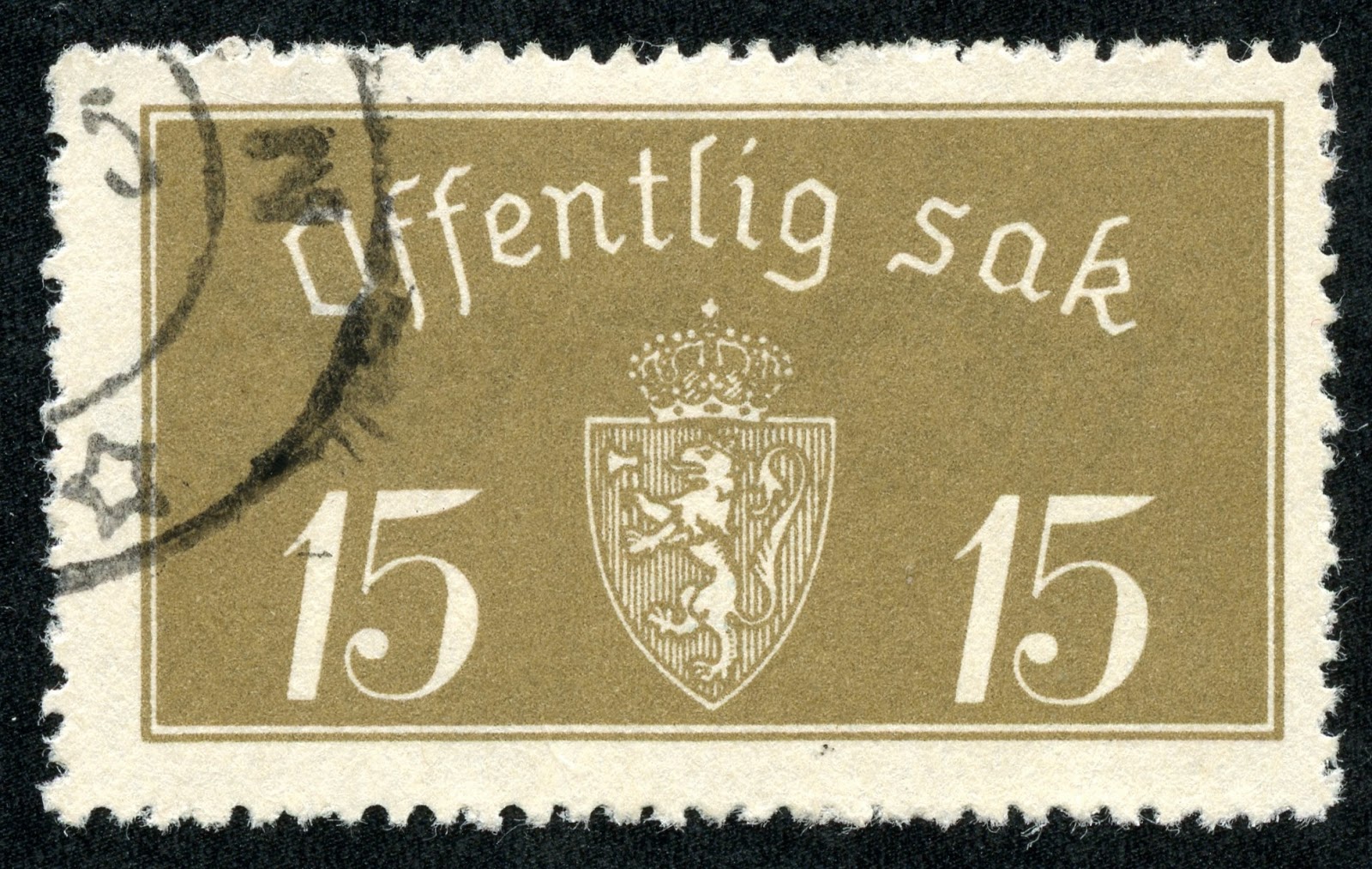 The 1933-34 Official "Coat of Arms" issue is found with both lithographed and typographed stamps.  The lithographed 12 stamp issue has major numbers in Scott, and measures slightly larger. 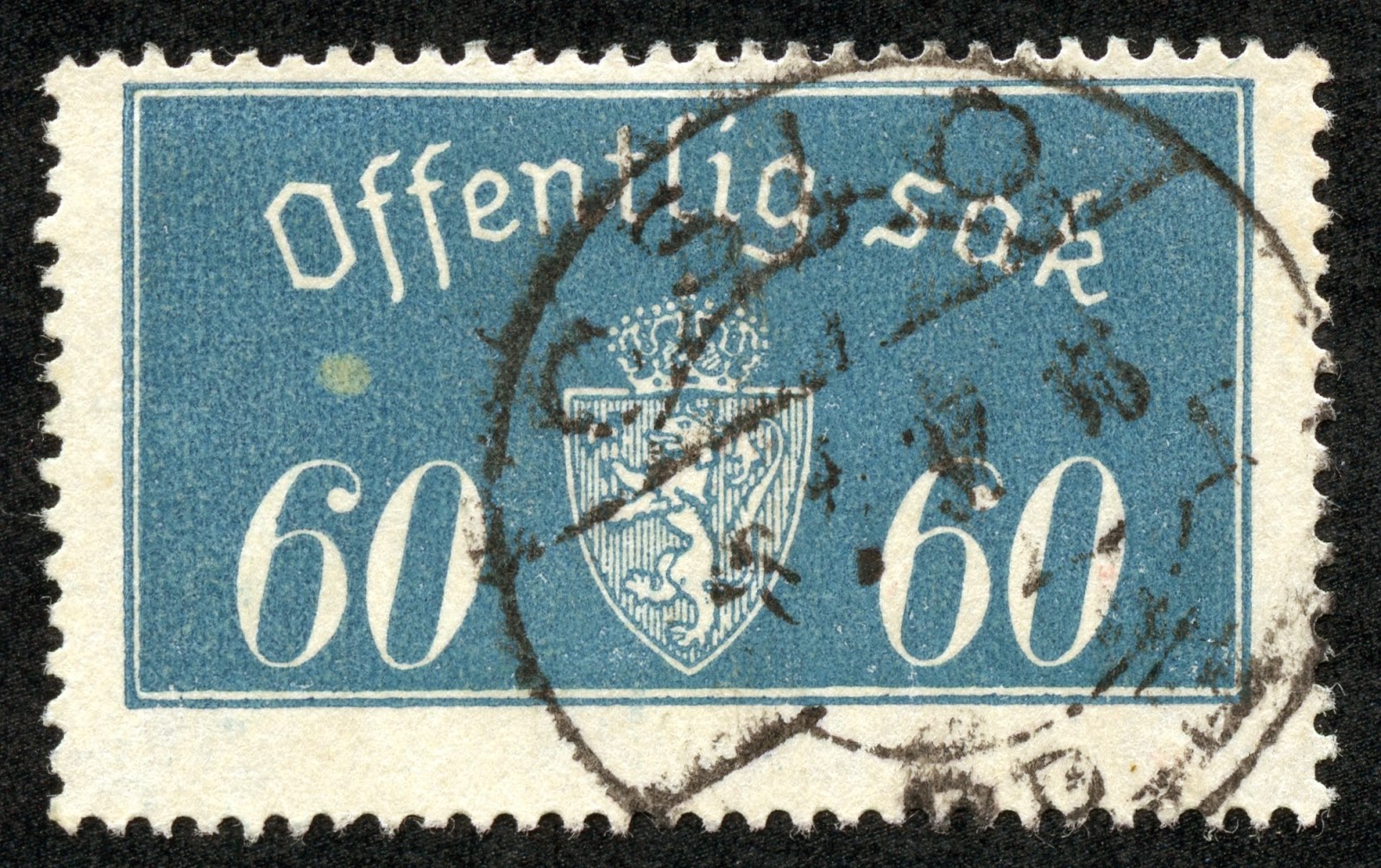 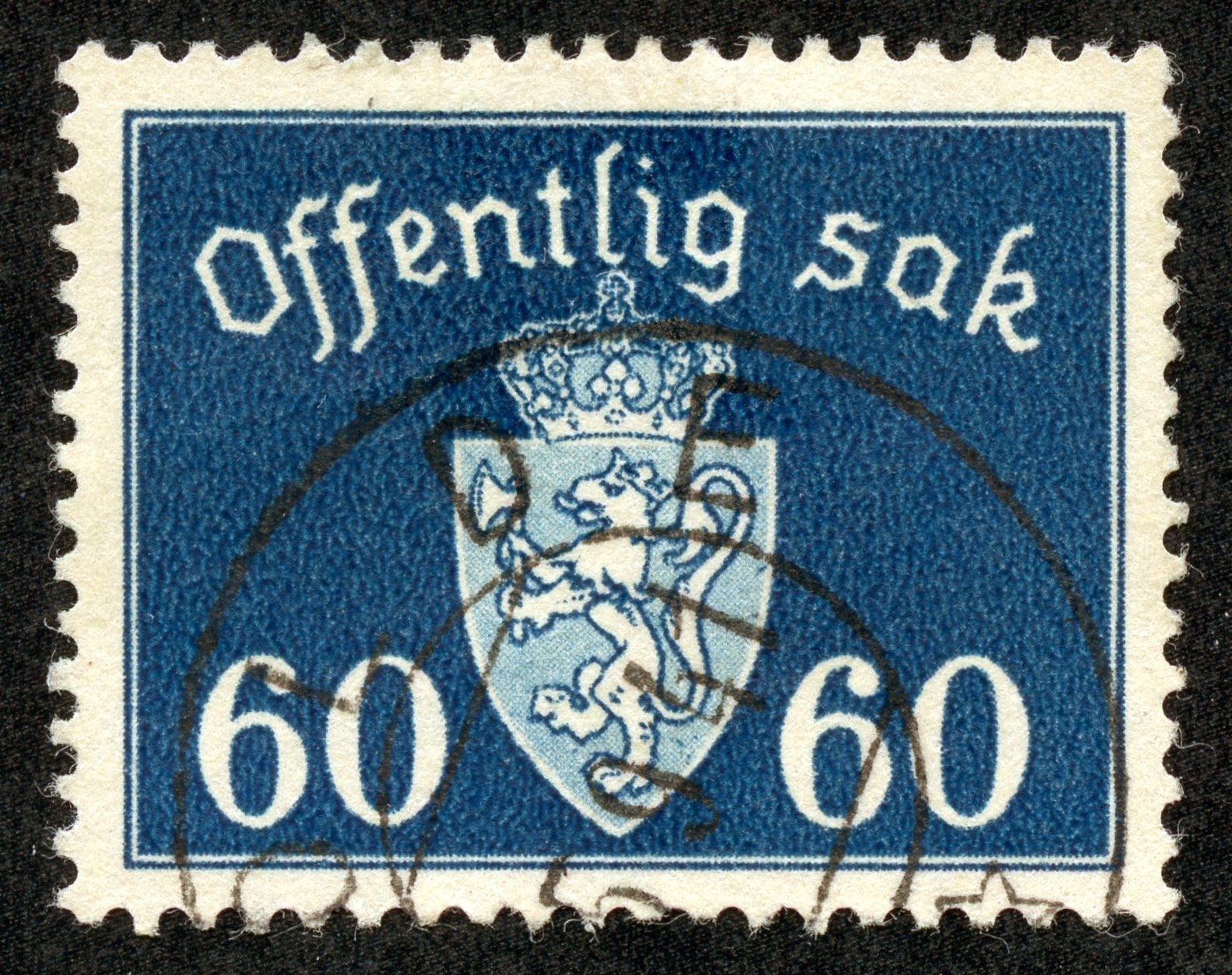 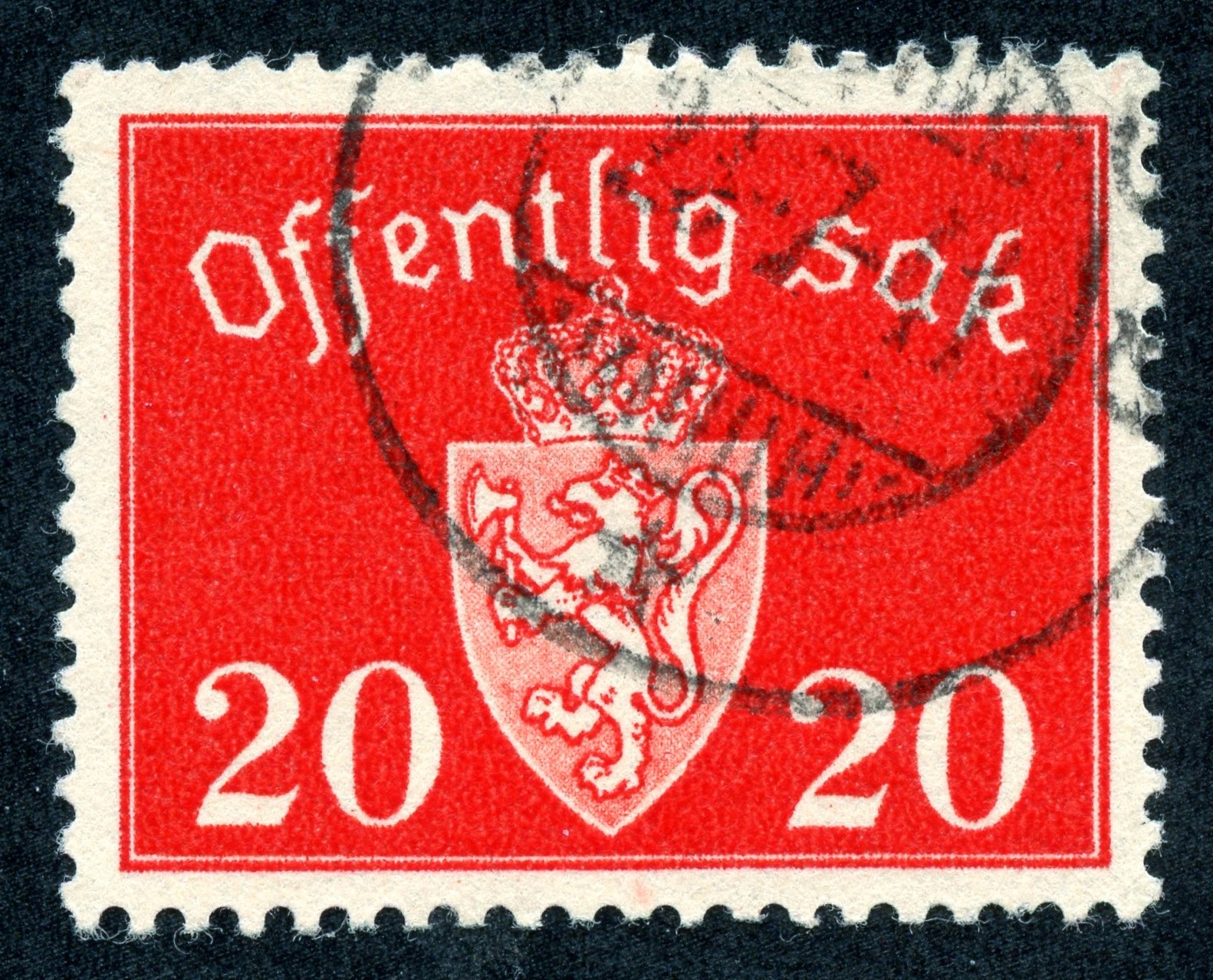 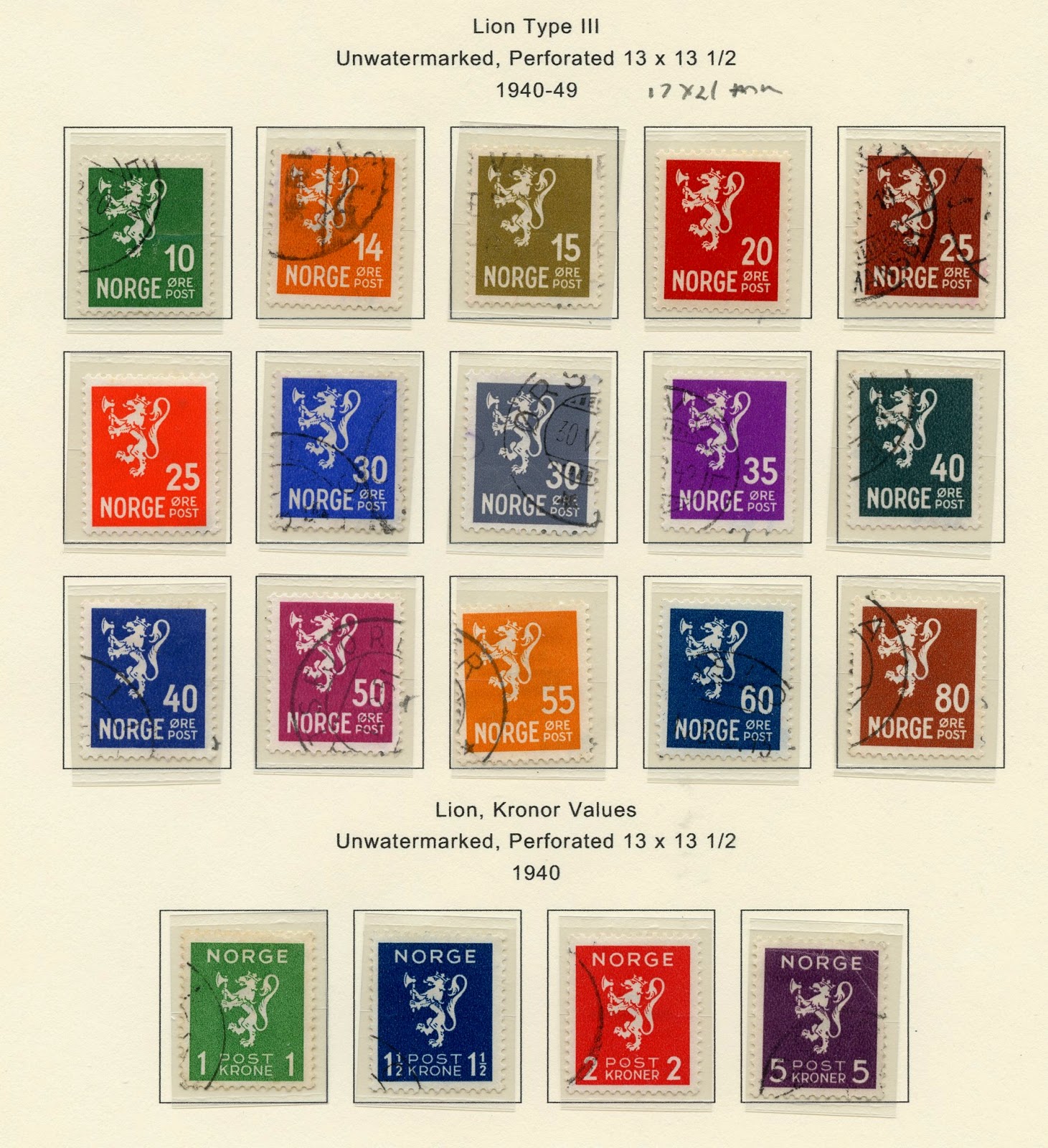 1940-49 "Lion Rampant" issue in Deep Blue
Deep Blue (Steiner) provides a space for all the issues discussed in this blog post, including the minor number 1933-34 Official typographed stamps. 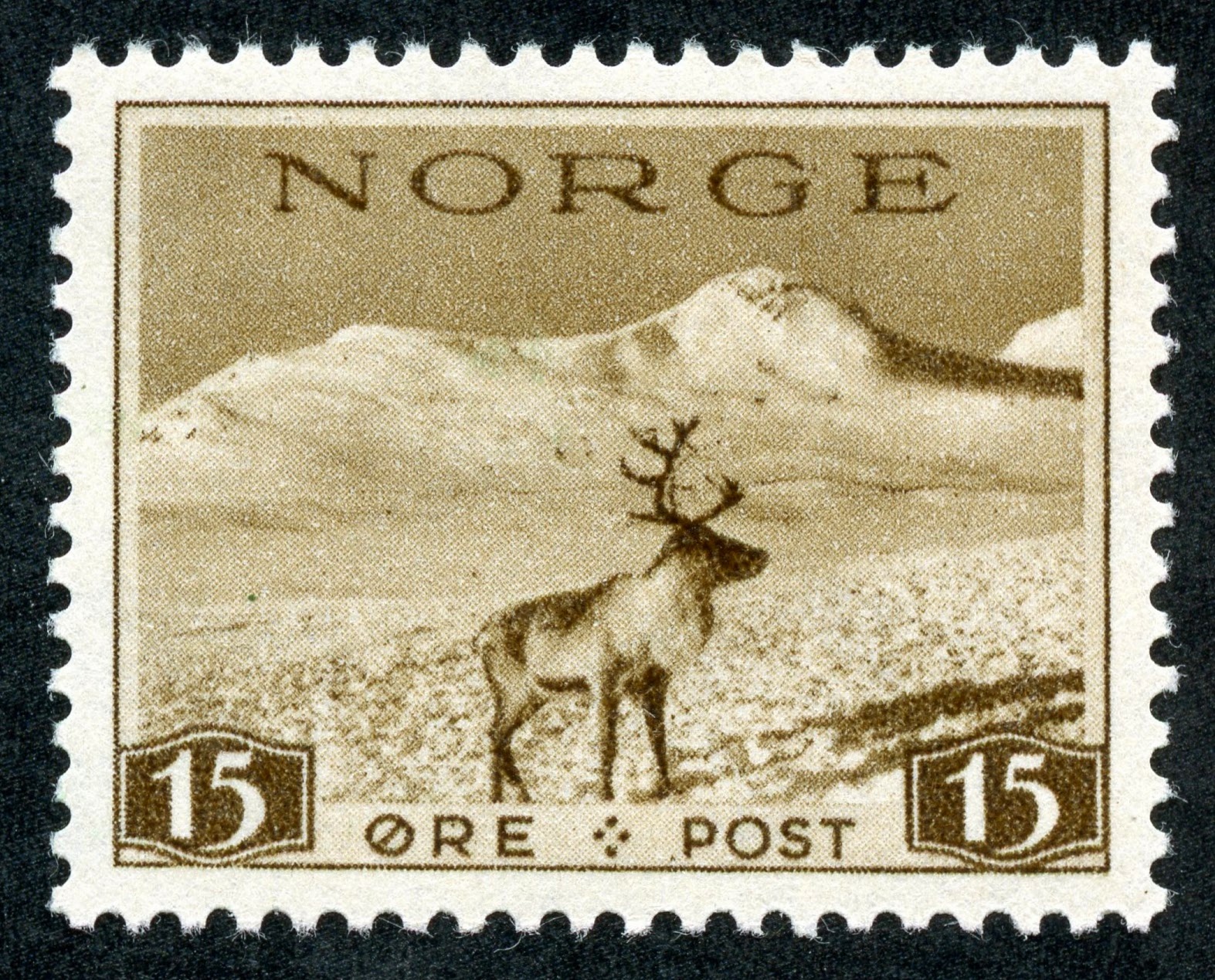 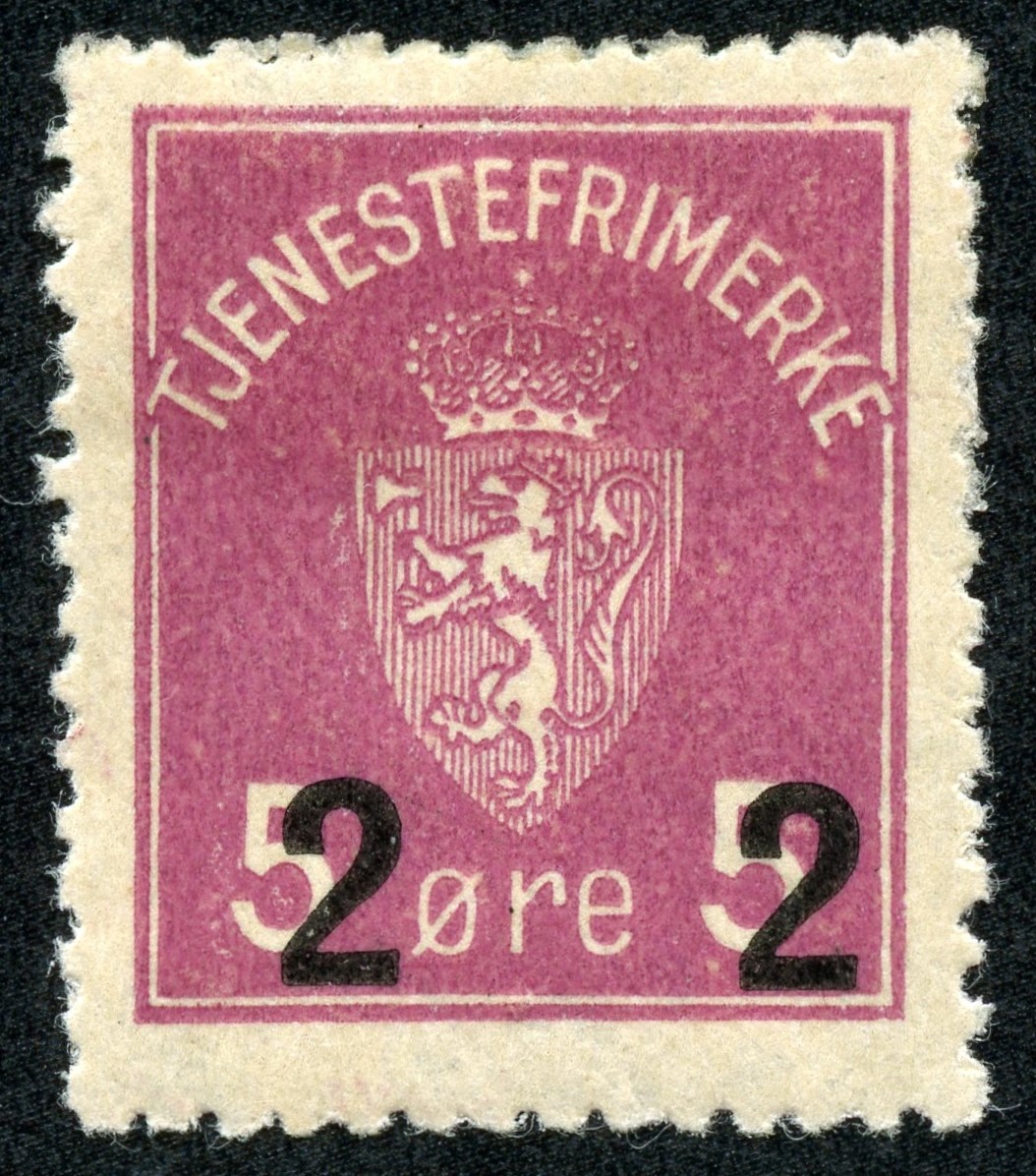 Official 1929 Scott O8 2o on 5o magenta
"Coat of Arms"
Out of the Blue
I don't know if I've seen a country- stamp wise- as sober as Norway. Having grown up in Minnesota with a large Scandinavian population with it's share of, as the radio show "Prairie Home Companion" puts it- "Shy Bachelor Norwegian Farmers", I do, though, have an appreciation for it.

Note: Bjornson "cartoon" appears to be in the public domain.