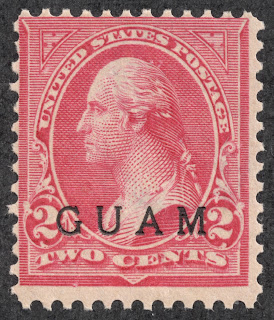 The result of the war was that Spain lost sovereignty over Cuba, and ceded the Philippine islands, Puerto Rico, and Guam to the United States for $20 million dollars.

The capture of Guam during the war is almost comical.

On June 20, 1898, Captain Henry Glass, with the armored cruiser USS Charleston, entered Apra Harbor. The Cruiser then fired a few cannon rounds at Fort Santa Cruz but nothing happened.

Two local officials, believing the cannon fire was a salute, and unaware that war had been declared, came out to the Charleston to apologize for not being able to return the salute.

Captain Glass informed them that Spain and the U.S. were at war.

The next day, the surrender of the island was arranged with the Spanish Governor, and the 54 Spanish infantrymen were sent to the Philippines as prisoners of war.

No U.S. military were left on the island. The only U.S. citizen on the island promised to keep an eye on things until the U.S. forces returned.

Guam has remained an unincorporated territory and possession of the United States.

Guam, about 200 square miles, is located about 1400 miles east of the Philippines in the Marianas island group.

Beginning in 1901, regular postage stamps of the United States were used. 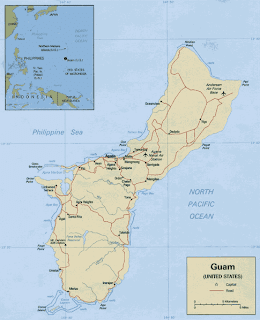 Map of Guam
Into the Deep Blue
The 2011 Scott Classic Specialized catalogue has, for 1899, thirteen overprinted regular issues and one special delivery issue.

The thirteen regular issue "Guam" overprinted U.S. stamps are from the 1894-99 Bureau issues. The Special Delivery stamp is from the 1895 issue.

Since Guam is a U.S. territory, the stamps are popular with U.S. collectors. But for the WW classical collector, that means high catalogue prices. ;-)

Of interest, especially since U.S. collectors rarely encounter this concern, is that counterfeits exist.

Of note, there was a 1930 Guam Guard Mail issue,a "local postal service". These stamps are listed in the U.S. Specialized catalogue, but are not in the Scott Classic catalogue. Consisting of eleven stamps, this issue had overprinted "Guam Guard Mail" on Philippines issued stamps, and two stamps had a "Seal of Guam" printed design.. CV ranges from <$1 to $300+.

Certainly, the issue appears valid, but I don't have any at the moment. ;-)

Deep Blue
Deep Blue (Steiner), on two pages, has all the 1899 stamps listed in the Scott Classic, as well as the Guam Guard Mail issue of 1930 found in the Scott U.S. Specialized catalogue. 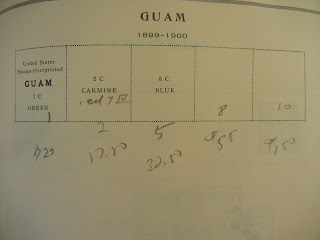 They are all expensive. 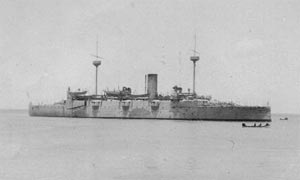 USS Charleston
Out of the Blue
If I was specializing in U.S., no doubt I would be interested in acquiring a number of these stamps. But for a classic WW collector, they are a bit rich. ;-) 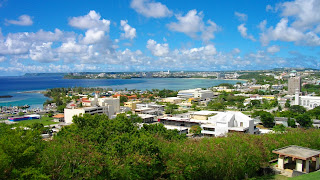